Review: BIG The Musical at the Dominion Theatre

As a self-professed fan of the original 1988 film Big, starring no other than Tom Hanks, I was slightly dubious when walking into the Dominion Theatre to see the new limited run (till 2 November 2019) of BIG The Musical. Despite an all star cast including Jay McGuiness (of Strictly and boyband The Wanted fame), Wendi Peters, Kimberly Walsh and Matthew Kelly, I was wondering how it would translate to the stage, especially given the obvious sexual politics which seemed ok at the time, but wouldn’t perhaps translate to today’s audience.

I didn’t need to worry. Jay McGuiness brought a boyish charm to the role of Josh Baskin, and his onstage chemistry with the amazing talent that is Kimberley Walsh was sizzling. McGuiness doesn’t overplay the boy-in-a-man’s body physicality, and is refreshingly innocent and guileless when confronted with NYC working life. The real scene stealer for me though was his loyal and persistent best friend, Billy, played with pizzazz by Jobe Hart. 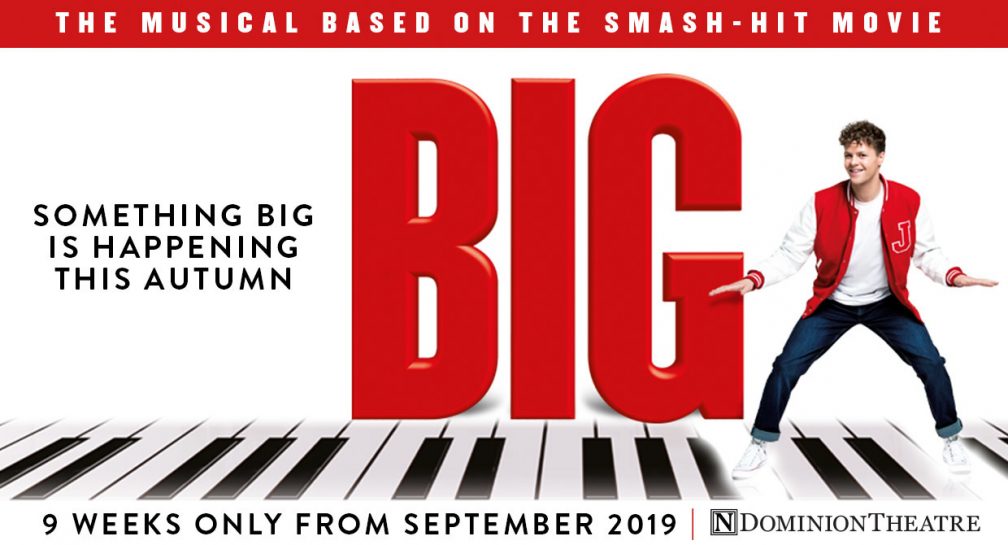 A lot of kudos has to go to the stage production team, using a rotating carousel with HD screens that mimic the New York skyline and west coast piers and carnivals that are so focal to the story. The contrast between the New Jersey and Manhattan lifestyles is also beautifully represented, the former with a warm glow and the latter littered with constant greyish overtones and boxy structures. I was particularly interested to see how the infamous arcade game Zoltar Speaks was portrayed, and he definitely didn’t disappoint, bringing an ever-present eerie creepiness to proceedings. 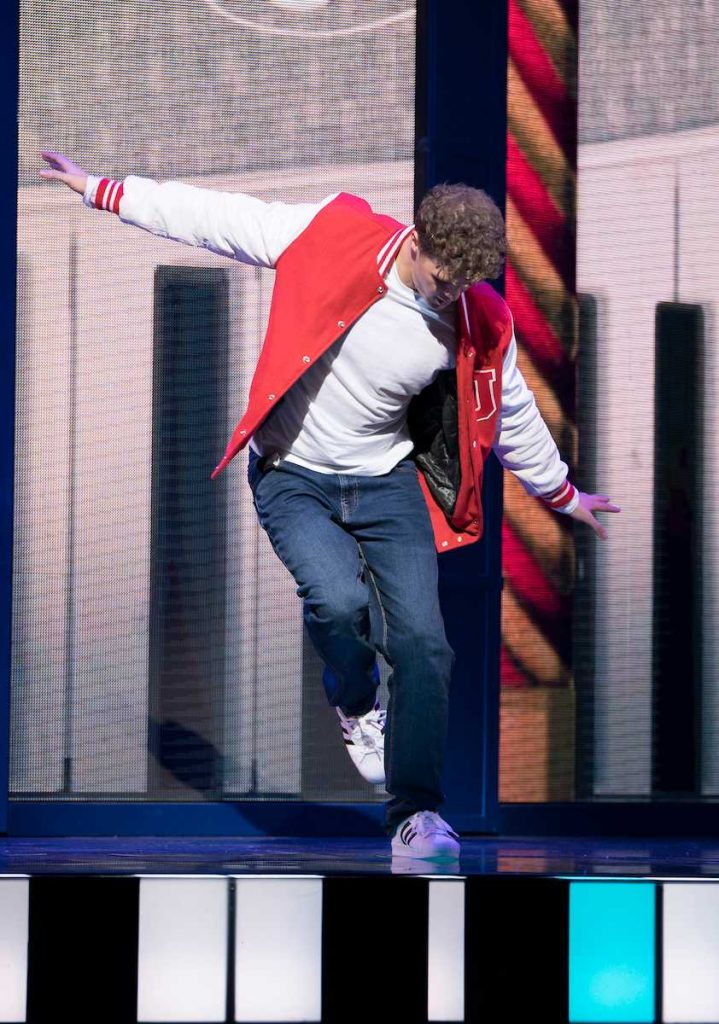 A standout moment was the pivotal floor keyboard scene with Macmillan Toys owner, George Macmillan, played exuberantly by an on-form Matthew Kelly, and Josh where they do a fabulous job dancing along the keys with flair. It was very enjoyable to watch. 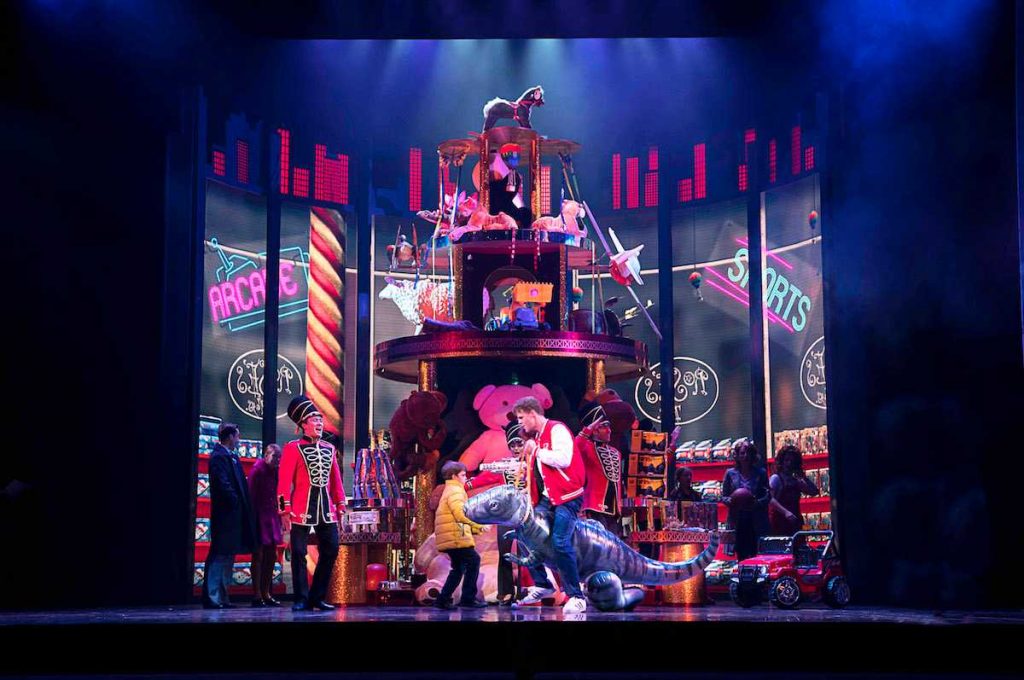 Although the musical numbers won’t be stuck in my head for weeks on end, they did the job well and were performed exhilaratingly by the whole cast. All in all, the musical is good fuss-free fun. If you, like me, are a fan of the original film, you will find yourself thinking nostalgically about how innocent and lighthearted life was back in the 80s. The musical is worth it for that feeling alone – do remember it’s only on for a few more weeks!

By time the curtain closed, I wanted to make a wish to go back and be a kid again, where my biggest fears and worries were whether my crush fancied me back or which game or toy to play with next… alas, no. Lucky Josh Baskin!

BIG The Musical runs at The Dominion Theatre until 2 November 2019. To book tickets and discover more, visit: www.bigthemusical.co.uk 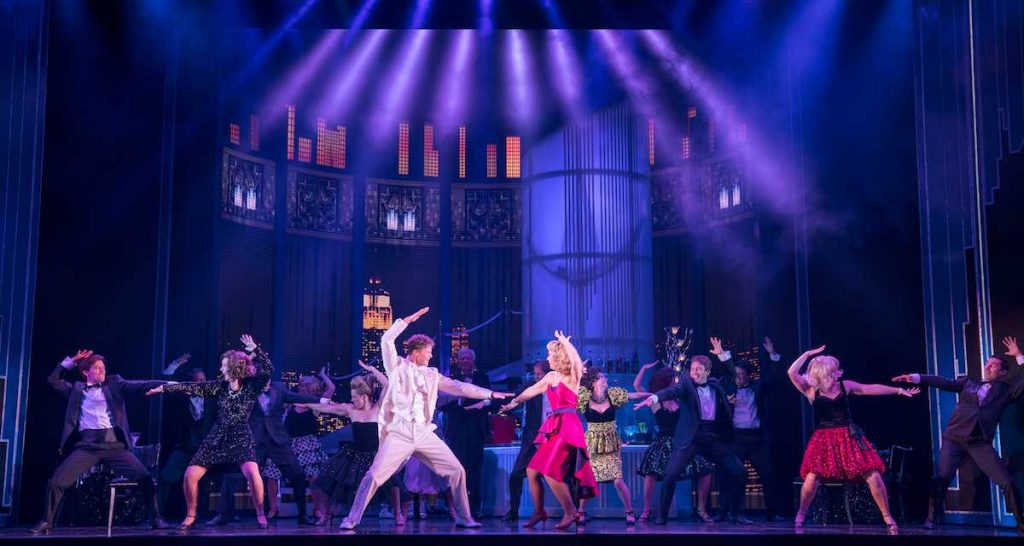