Review: Come From Away, Phoenix Theatre

I haven’t been reminded of the power of kindness and tenderness in humans for a long time.

Come From Away reaffirmed that when we come together, no matter what challenges face us, we can succeed. Now more than any time in all of our lives, we should adopt this message of humanity. 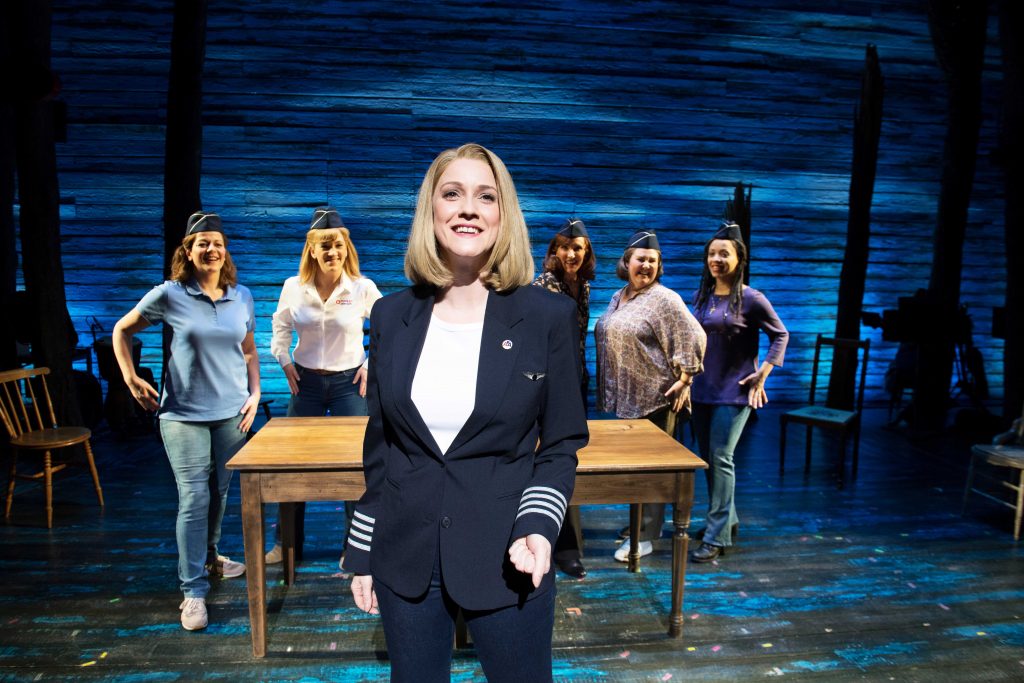 This beautiful musical by husband and wife team Irene Sankoff and David Hein tells the real story of how a small town called Newfoundland in Gander welcomed 7,000 passengers from 38 planes that were diverted due to the 9/11 terrorist attack. Gander is a small town of 9000 where we watch the community rally – schools became shelters, the ice rink became a giant kitchen and for five days and lives were changed. 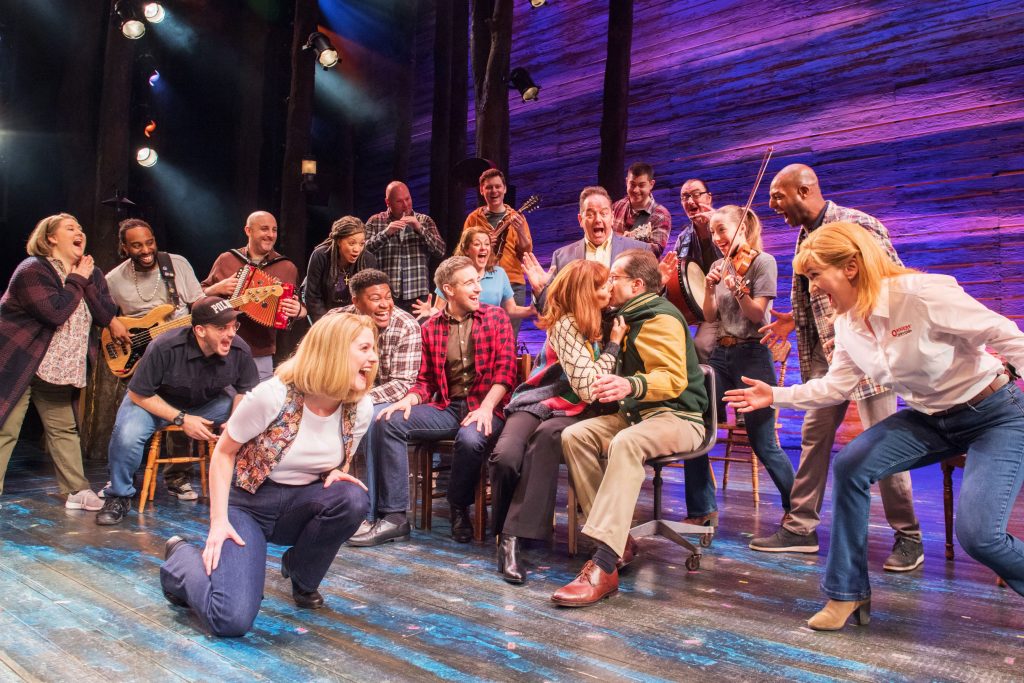 This is very much an ensemble piece through and through. Whilst there is a talented new cast that I could name individually, it is all about the ensemble as one. This ensemble principle is enshrined throughout where onstage the ensemble perform precisely choreographed dance numbers and even backstage, there is no star dressing room. Another thing the makes the show unique is that the swings (who all had 5 parts to learn!) are very much part of the company from day one and that is why it looks so seamless even when someone goes on mid show with a minute’s notice. 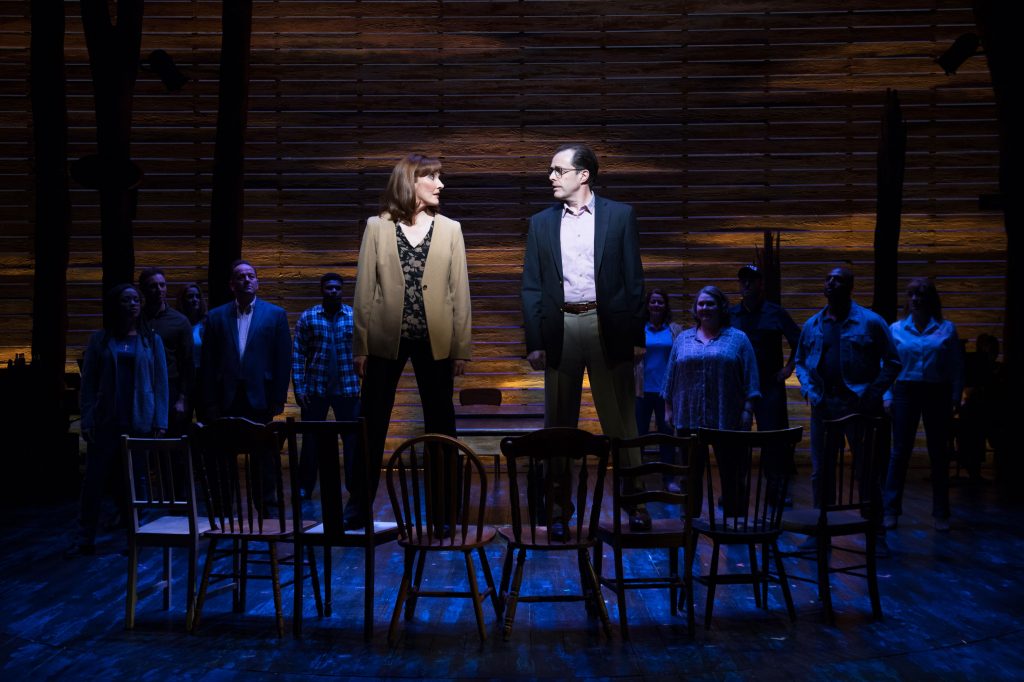 A brilliant cast of 12 tell this story and switch elegantly between different roles throughout where the actors would be islanders and suddenly become passengers – this made the journey of bonding between those who have ‘come from away’ and the Newfoundlanders so much more intriguing to watch. Behind this cast, UK producers Joseph Smith and John Brant would always be there and support the whole team. 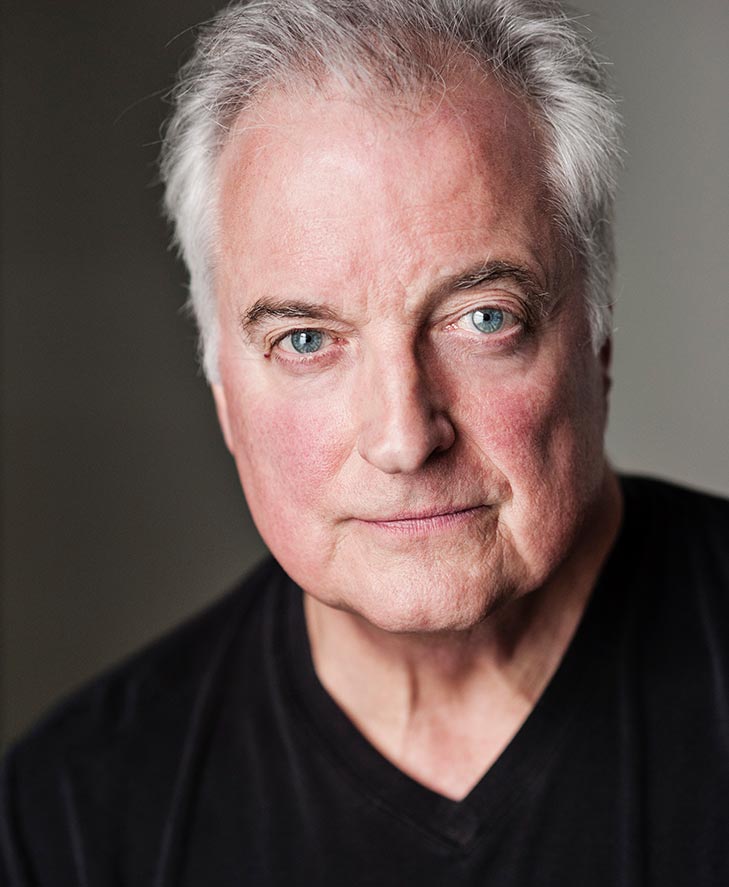 The characters on stage are all real. I spoke to Clive Carter (London’s original Claude) who told me about the time he spent with Claude Elliott who was elected mayor of Gander in 1996, a post he was in for 21 years. Like he does in Come From Away, Mayor Claude starts his days by going down to the local bar in town to keep in touch with the townspeople. And yes, he really was fighting with school bus drivers who came off the picket lines in order to help transport the thousands of passengers who arrived in Gander on 9/11. Claude was instrumental in orchestrating efforts across Gander and the rest of Newfoundland throughout that week. 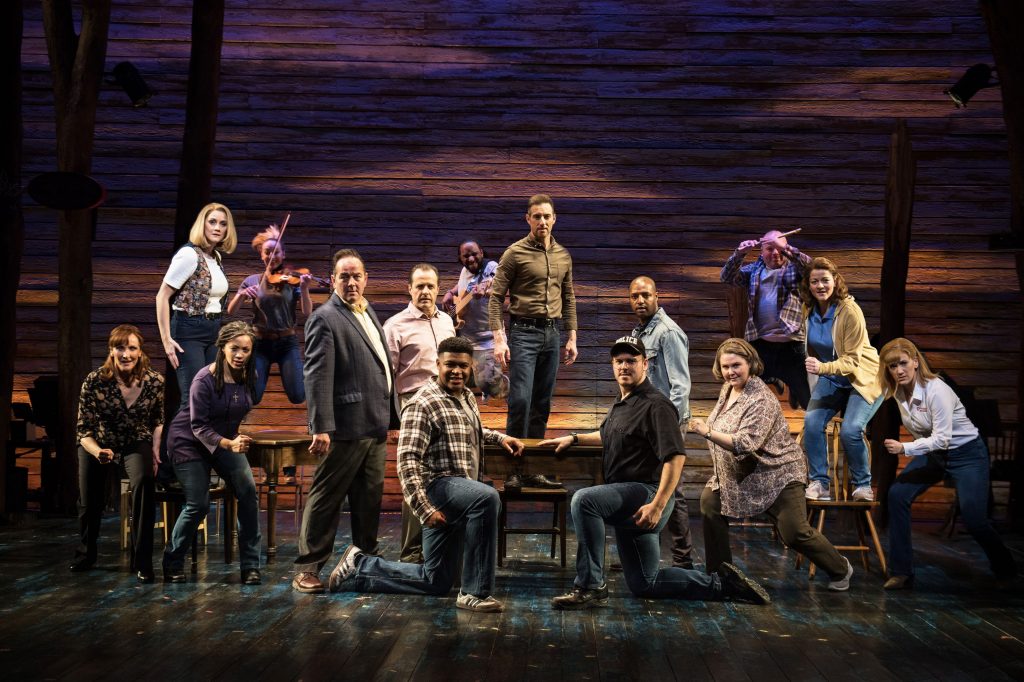 The music in Come From Away is folky and catchy. The opening number “Welcome to the Rock” really sets the tone and is toe tappingly easy to remember. For a show that is 100 minutes long (with no interval) it is packed with memorable music.

Above all, the diverse ensemble proves the essence of community and how supporting each other allows us to overcome troubles. What struck me most was the devastation that we witnessed of one character, a mum waiting to hear from her son and the unknown consumed every moment of her being. 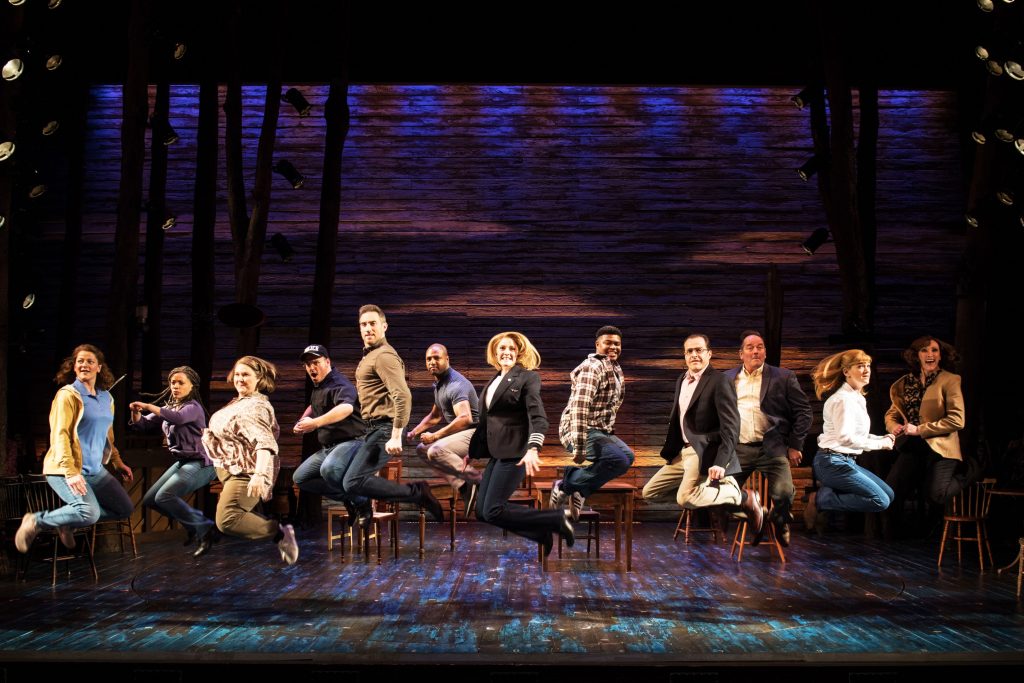 The unique Newfoundland accent deserves a special mention. It is where multiple accents collide and sounds like a mix of Irish, Scottish English and American. Not easy to master! The cast all receive accent coaching over video calls with Dialect Coach Joel Goldes from California on a regular basis and as Clive Carter told me, it is like having a gym workout for the voice.

The writers spent the 10th anniversary of the attacks in Gander, where a reunion between islanders and come from aways was a moving reminder of the life long relationships made during those few days.

Come From Away is currently booking until 13 February 2021 at The Phoenix Theatre.