An exhibition exploring the life and passions of George IV reunites for the first time items that were commissioned and worn by the King at his famously flamboyant coronation at Westminster Abbey in 1821, including the Diamond Diadem set with 1,333 diamonds including a four-carat pale yellow brilliant. 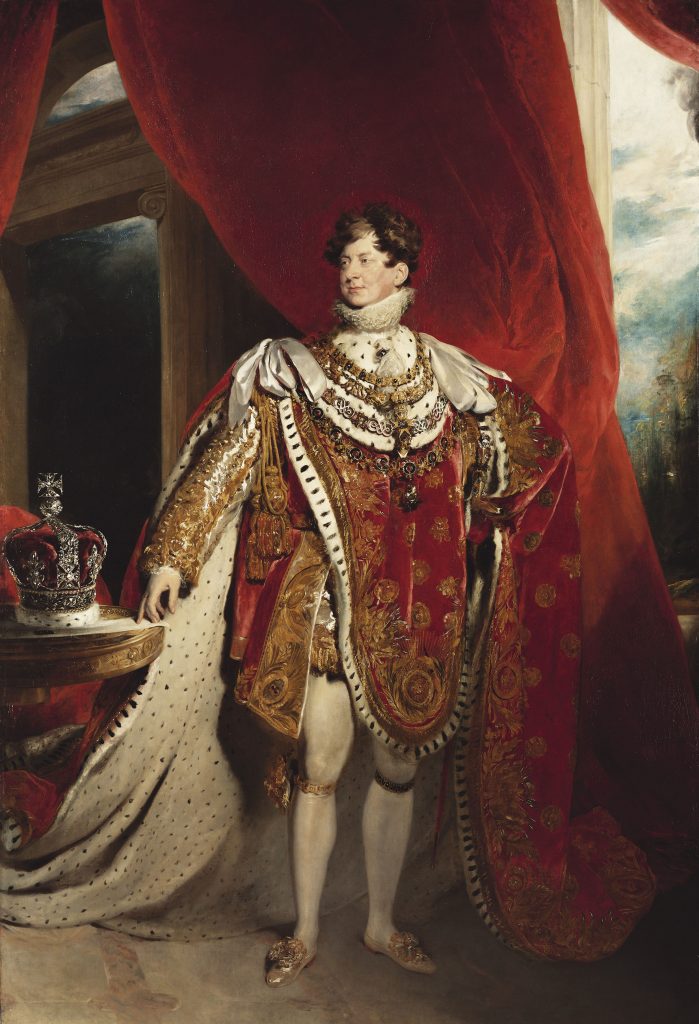 Marking the 200th anniversary in 2020 of the Monarch’s ascent to the throne, George IV: Art & Spectacle is now at The Queen’s Gallery, Buckingham Palace. George IV was satirised in the late 18th century for his debauchery, greed, and spendthrift ways; however, this fascinating exhibition shows him to have been a subtler man than the one depicted by the caricaturist, Thomas Rowlandson. 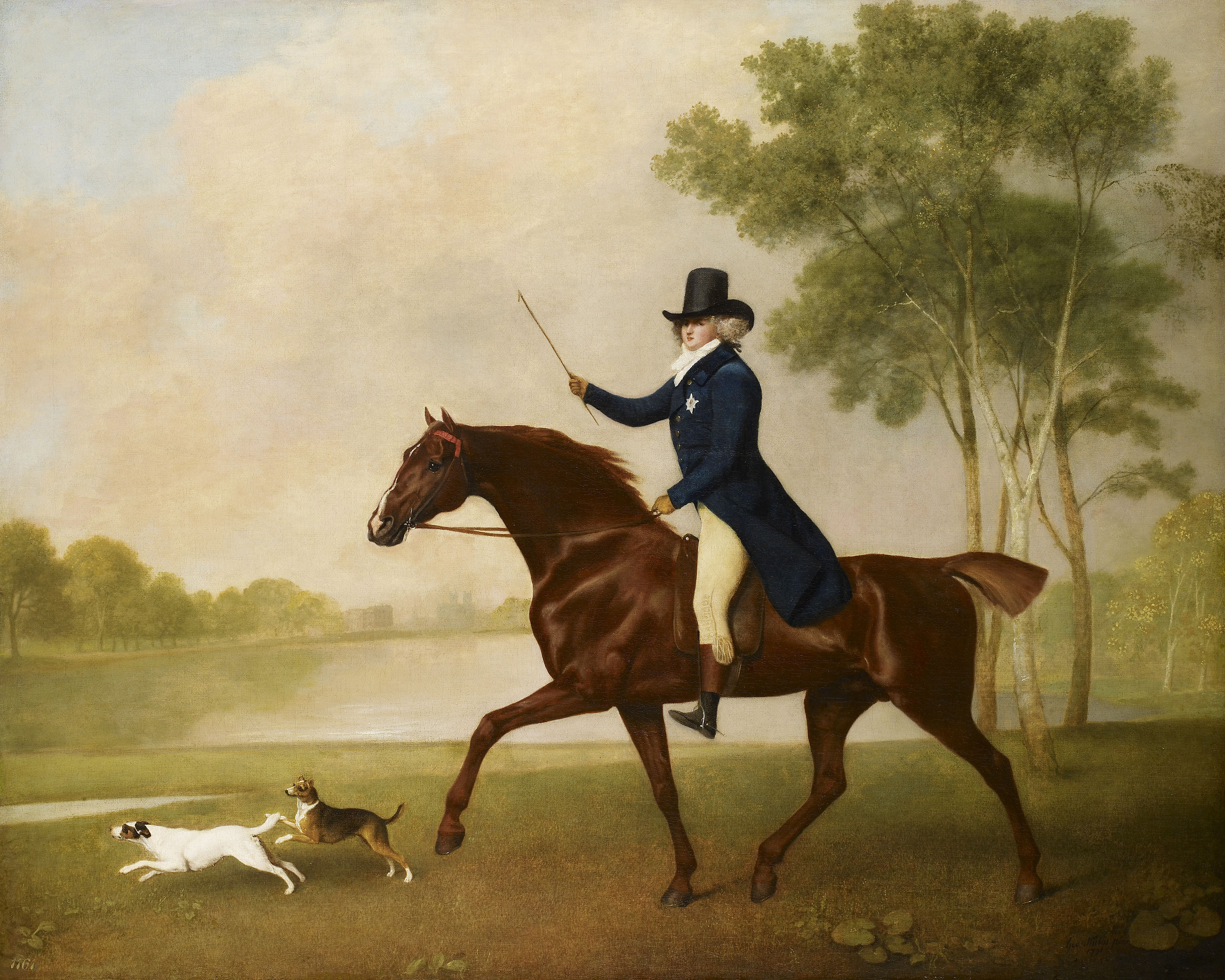 The first room reveals his understanding of the modern art of public relations, images of how he wished to be seen, painted as a cavalry officer; another on a horse, beautifully painted by George Stubbs, with him as Regency dandy; and a marble bust of him as a Roman emperor. The final room shows a splendid figure, a king in majesty, painted by his favourite portraitist, Thomas Lawrence, in the magnificent robes he wore at his Coronation in 1821.

As heir to the throne, the Prince of Wales was forbidden to travel on the Grand Tour around Europe by his father the king; but he read extensively and became knowledgeable about French culture, was an admirer of the Emperor Napoleon; magnificent examples of the fine furniture and china he purchased that had once belonged to guillotined aristocrats are on display in this exhibition. He became obsessed with his Stuart ancestors and traced and bought back works of art from the other great collection formed by Charles I, which Oliver Cromwell had sold abroad after the king’s execution.

George IV had little money of his own but borrowed vast sums to enable him to build palaces, be a patron to great artists, and build a collection that is unequalled to this day and is an important part of the Royal Collection. In 1783, he moved into Carlton House Terrace where he spent what would today amount to many millions. He employed John Nash to remodel the interior of Buckingham Palace to the magnificence we see to this day. The expense of imported tea was only the start of the craze for a taste of China, which led George to construct his most flamboyant extravaganza: The Brighton Pavilion. 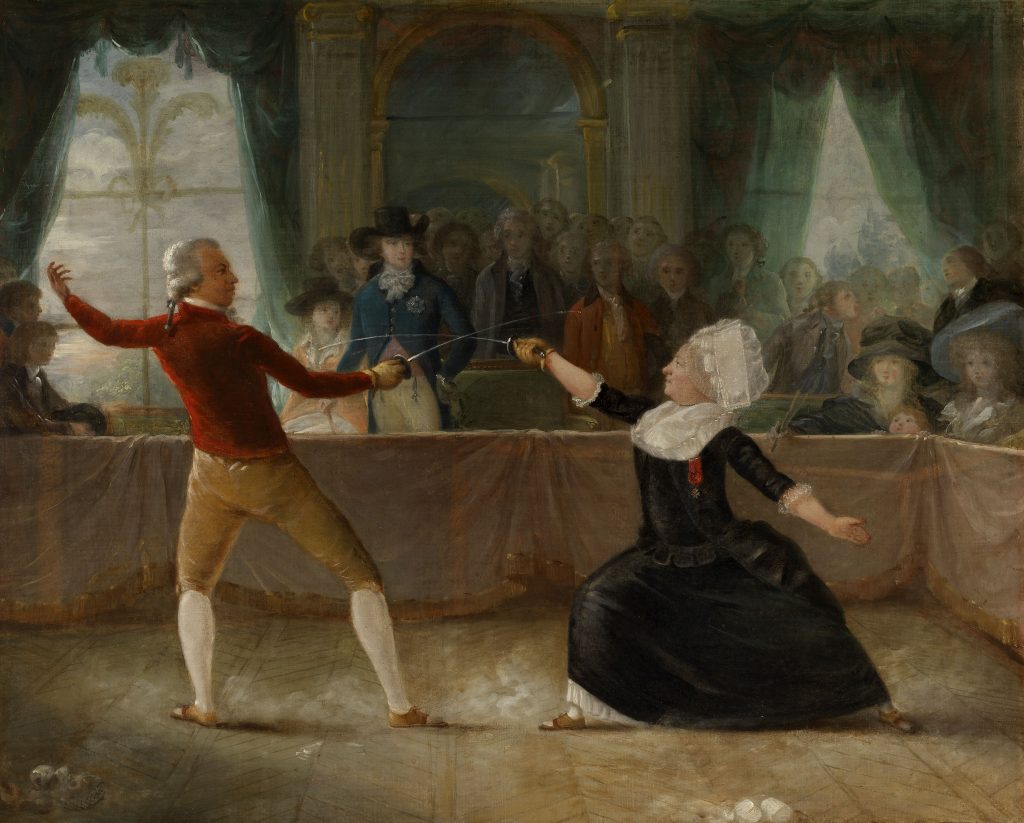 I liked painting of a fencing match at Carlton House in 1787, between the two Frenchmen, Chevalier de St George positioned on the left, the Prince of Wales looking on in the background, while on the right the Chevalier d’Eon, who was a decorated soldier, diplomat, and spy who often dressed as a woman, is shown with elaborately powdered hair, long black dress, and lightly powdered stubble. 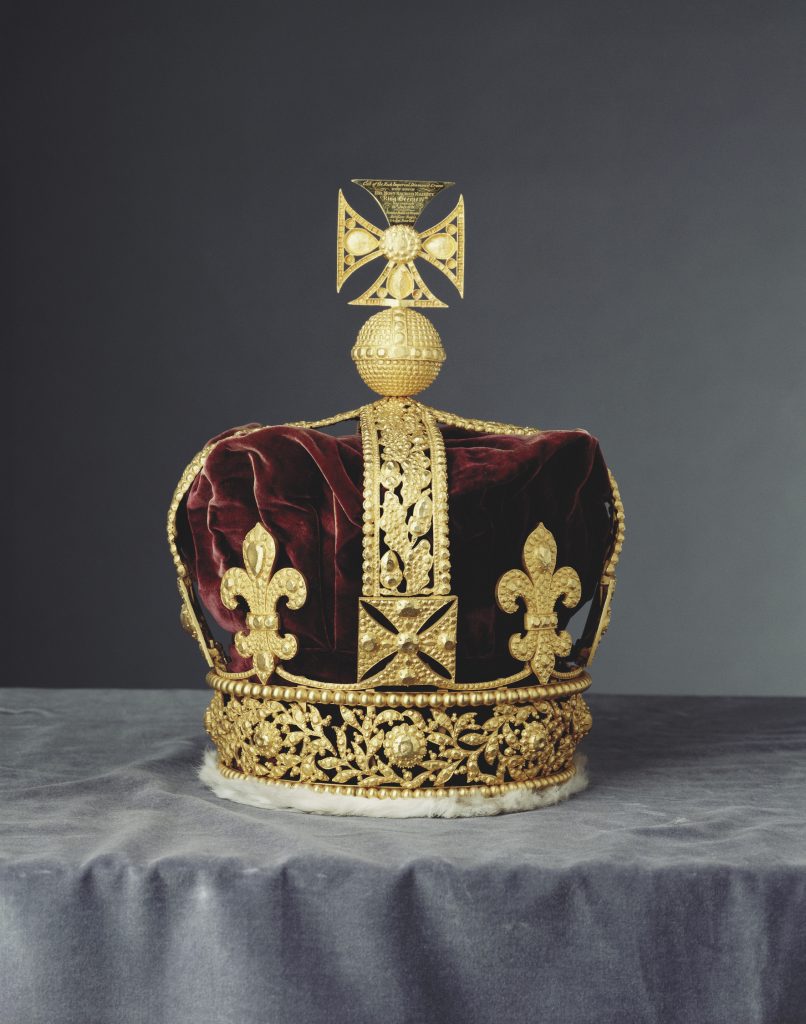 The Prince Regent particularly liked to read Jane Austen books for their social commentary; although she despised him for ill treatment of the wife he hated, Caroline of Brunswick. He had countless mistresses during his lifetime. When he travelled to Ireland on a State Visit, he ordered the road from Dublin to Slane Castle be straightened to allow him time for Lady Conyngham; but it was Mrs Fitzherbert, whom he married unlawfully when he was twenty-two, who was the love of his life – on his death in 1830 he was buried with a painting of her in a locket around his neck.

George IV was a king who luxuriated in the most rich and varied life and was hated for it in his time; George V, eighty years later was revered by his people as a model king: his pleasure was slaughtering game birds in untold numbers during the day, his evenings poring over his enormous collection of stamps.

GEORGE IV: ART & SPECTACLE is at The Queen’s Gallery, Buckingham Palace until 3 May 2020. 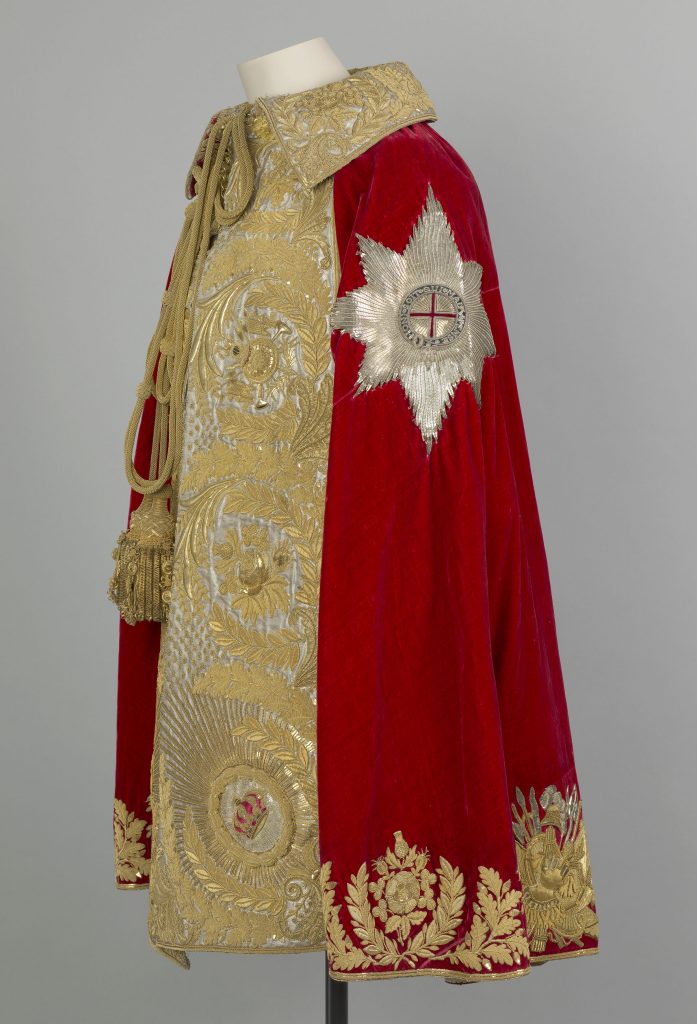