Tracing its roots back to the Ottoman Empire, the ottoman was a low wooden platform piled with rich textile cushions and was the central piece of a residential setting. Harry Grenfell and Josh Lumley have now created Gottoman – a modern take on an ancient concept. Realising the rich heritage of both the Far East and superb British craftsmanship which has been the trademark of cabinet makers for hundreds of years.

From an early age Josh loved attending auctions as he comes from a line of experts and valuers but he is the first in his family to specialise in Oriental and European rugs and textiles. Having worked at all the major auction houses he started his own business in 2004.  He has always enjoyed the thrill of finding something beautiful and old and now has a wide range of clients who rely on him to find them rugs and textiles to complement their interior schemes. 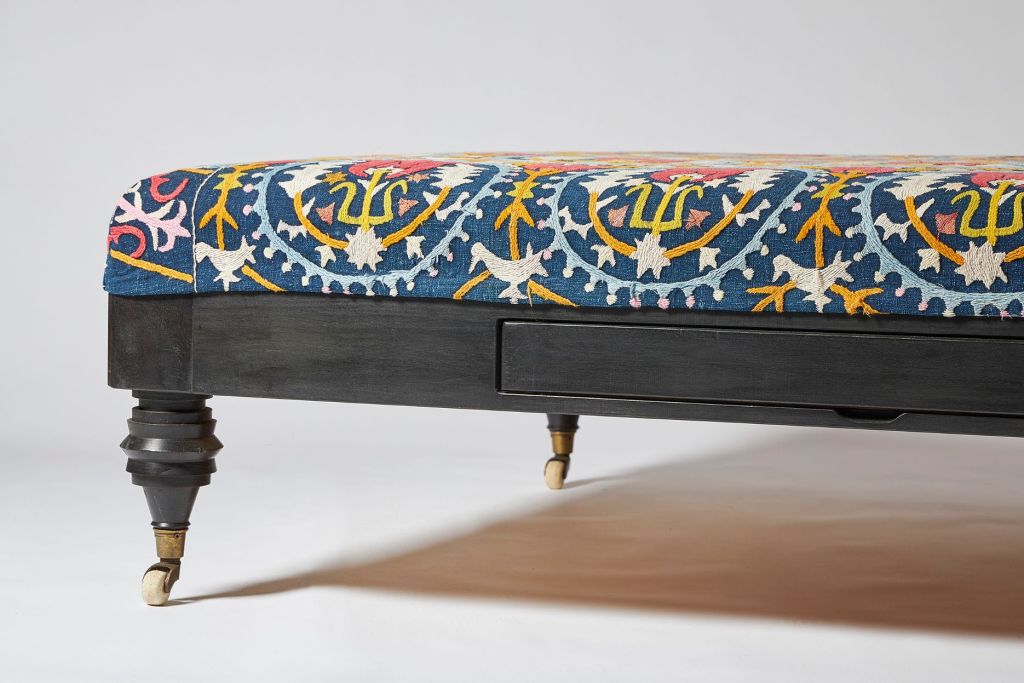 ‘Gottoman’ – the name bringing a sense of fun and enjoyment to these beautiful works. The idea was inspired by an ottoman owned by Harrys stepfather which he has always loved and is upholstered in a 19th century Shahsavan kilim from Northern Iran, this is unusual as it would normally be turn of the century Turkish. 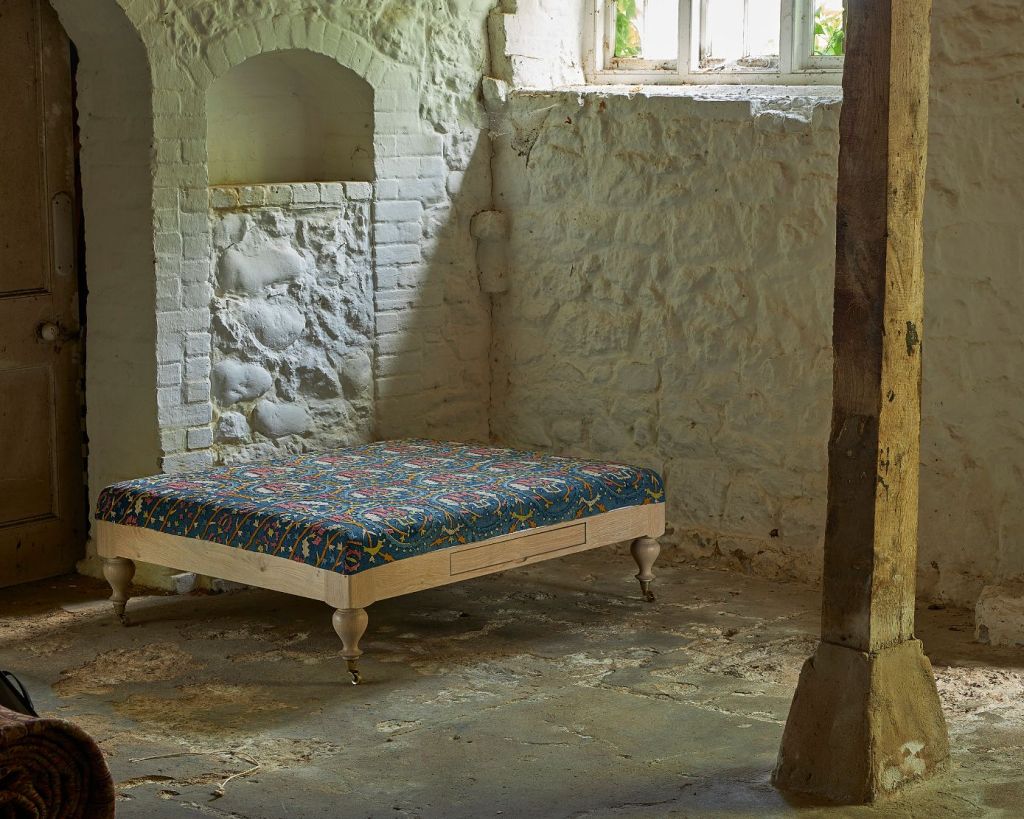 Harry designed the Gottomans to have concealed drawer compartments for storage and created a range of designs for turned legs which would be modern and enigmatic. Josh sources the antique textiles and kilims, each one being truly unique as no two textiles are the same, making it as individual as a Hermes Birkin.  They are hand made in Kent by master craftsmen and are the perfect piece of beautiful yet practical furniture which enhance any room, giving you that luxury hotel feel. 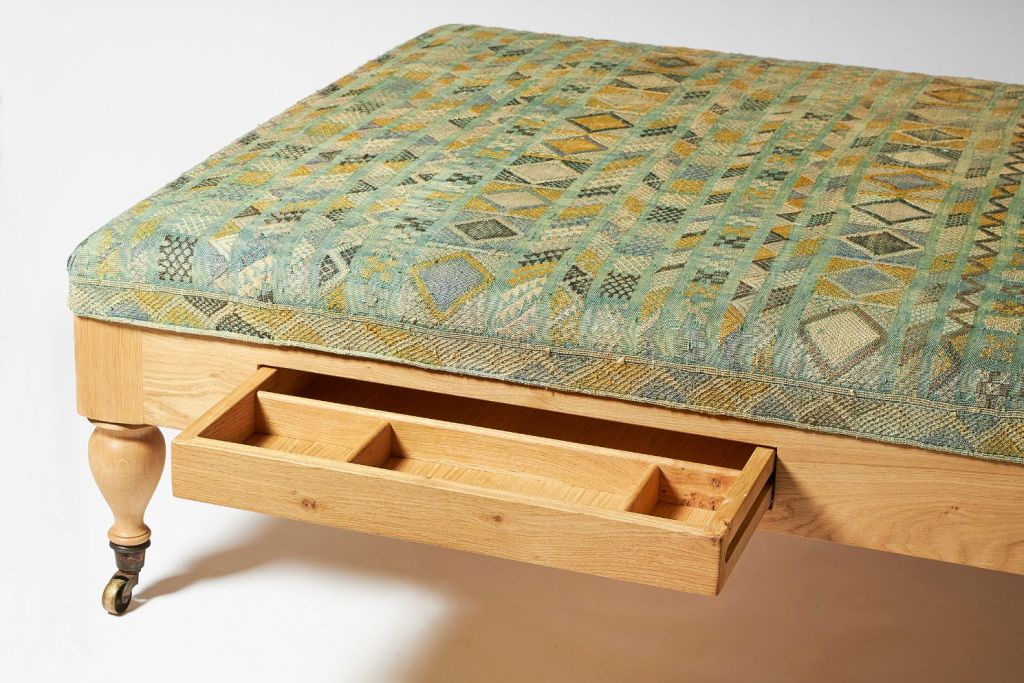 ‘We are very enthusiastic with the results and thrilled with the response we have had so far. The Gottoman turned legs are inspired by the ceramics and architecture of Turkish and Middle eastern mosques, I took these designs and translated them into three dimension’ explains Harry. 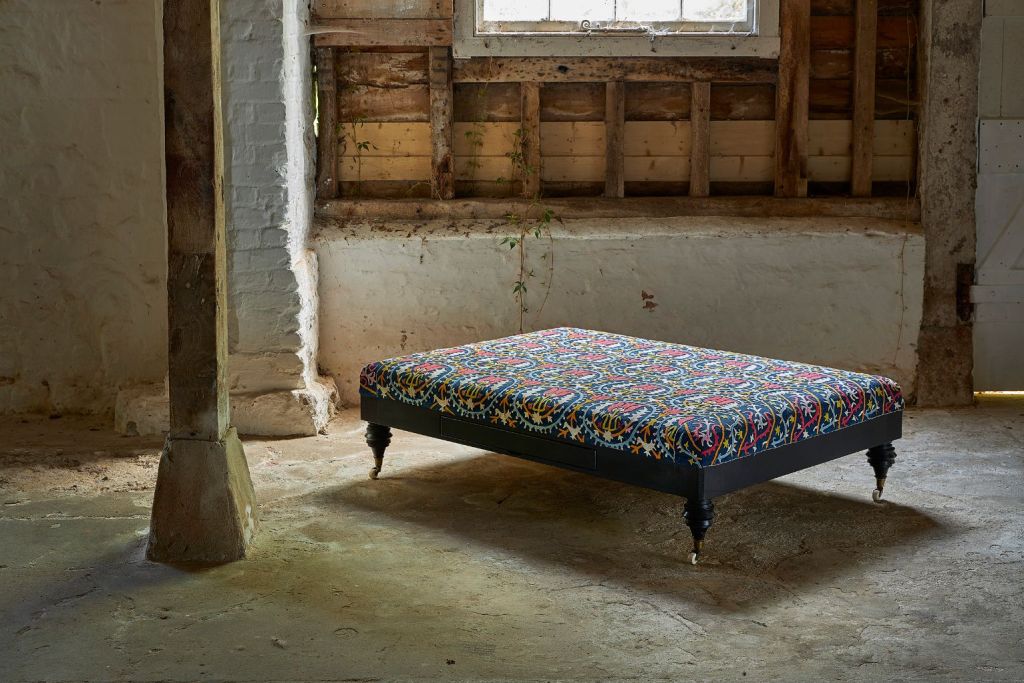 ‘Creating our showcase Gottomans has been a real joy, seeing an idea realised from concept to creation has been a thrill. Both our joiner and upholsterer have really enjoyed working on this project, they each added their own traits and professional knowhow to each work, which have given these Ottomans even more life and during the dark days of lockdown the Gottomans have been a bright light to look forward to’