Horrible Histories Live Onboard! TERRIBLE THAMES is a new immersive on-the-water experience enacted by the Birmingham Stage Company, who invite guests to get up close and personal while they bring the history of one of the most famous rivers in the world to life – with all the gory and gruesome bits left in!

Looking for an inventive way to get the kids to brush up on their history after all the lost hours during lockdown? Jump aboard this new boat tour brought to you by Horrible Histories and set sail for a trip down the Thames with a difference, launching on 17th July 2021. 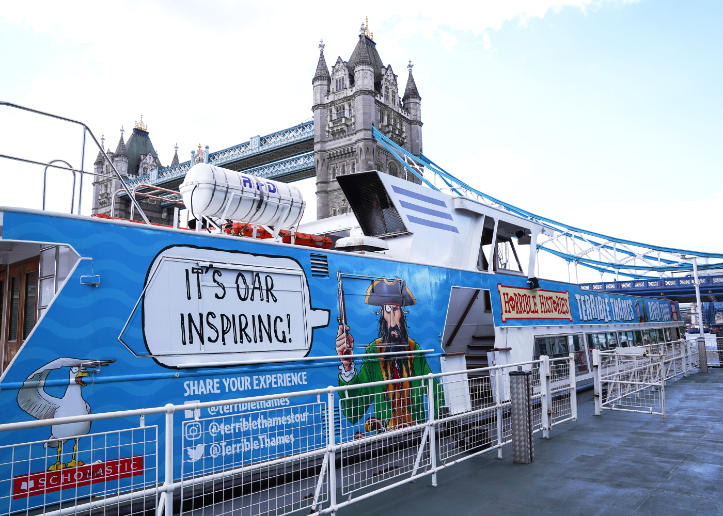 Featuring songs, sea shanties and thrilling historical stories, this adventurous 45 minute tour will take in King Henry the VIII, Anne Boleyn, Julius Caesar, Queen Boudicca, Jack the Ripper and Captain Kidd, and more as the luxury Wood’s fleet yacht sails past some of London’s most historic landmarks where these moments in history really went down.

The Birmingham Stage Company was formed in 1992 and has gone on to become one of the worlds’ leading producers of theatre for children and their families. The company launched the world premiere of Horrible Histories Live on Stage in 2005 and has produced eighteen Horrible Histories shows touring the UK and internationally. 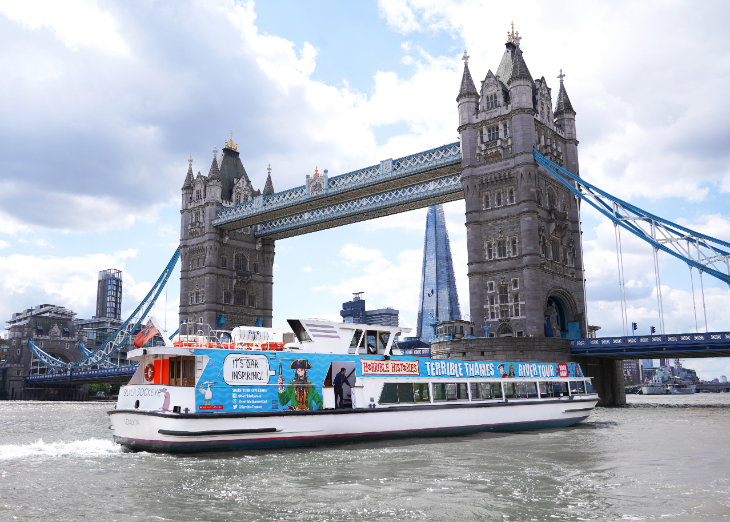 The Horrible Histories Live Onboard! TERRIBLE THAMES cast includes, Christian James who trained at the Central School of Speech & Drama, where he received the Andrew Lloyd Webber Scholarship; Molly Roberts who since graduating from Guildford School of Acting, has already been nominated for Best Female Performance at the Off-West End Theatre Awards; and Ben Eagle who trained at the Royal Central School of Speech & Drama, graduating with the Lilian Bayliss Award for Excellence and has since worked alongside theatre heavyweights such as Benedict Cumberbatch, Kenneth Branagh, and the late, great John Hurt.

A new London experience for all ages! 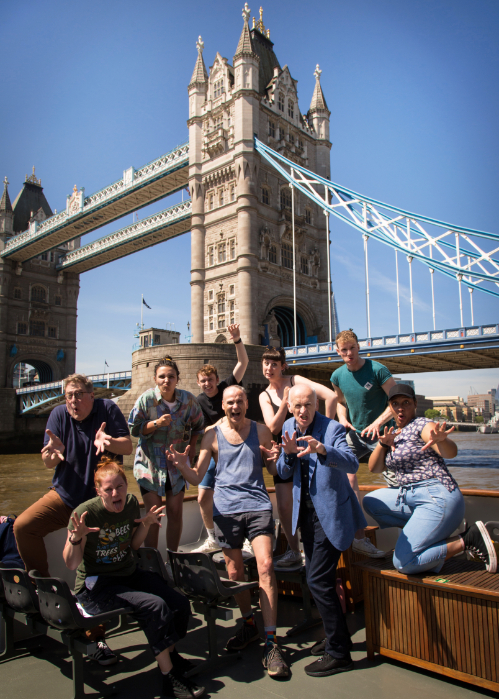