A Midsummer Night’s Dream was one the very first plays I saw back when I was still in single-digits. Shakespeare’s arguably most well-known comedy has been abridged by Kate Kennedy to squeeze into a 90-minute National Youth Theatre production at Criterion Theatre in Piccadilly.

This brand new version by NYT alumnus Kate Kennedy draws sexuality, gender politics, and fish and chips to the fore. Although some adaptations have been made and modern English is used at times, the story’s themes stay pretty true to the original Shakespeare – but, here’s the thing – it is so much more accessible for a 2019 audience, especially a youthful audience. 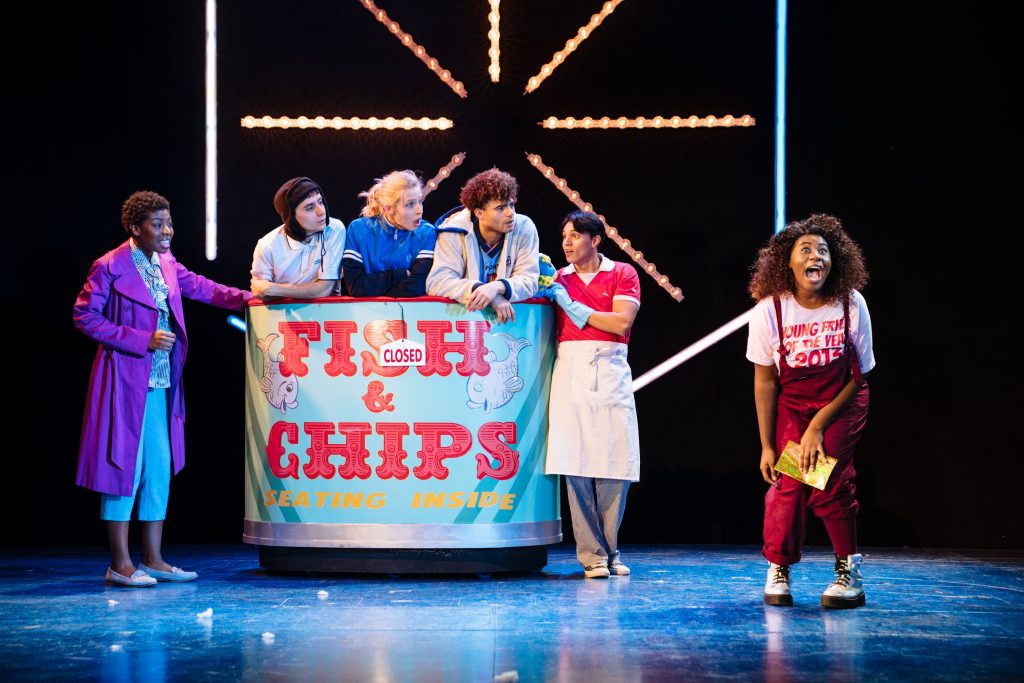 We started off in Modern English with some almost slapstick humour – shark at the seaside, fish and chips, ice cream (you know, typical Shakespeare on a Monday). Then I was amazed to see a pretty slick dance routine to club music. I really wanted to stand up and have a dance myself but we quickly settled into the Shakespearean tongue and the more conventional storyline began to develop.

I’ve always thought that the A Midsummer Night’s Dream storyline is pretty crazy – either Shakespeare was high, all the characters were high, or someone slipped something into my pre-theatre aperitif – so you just have to go along with it and not ask too many questions. 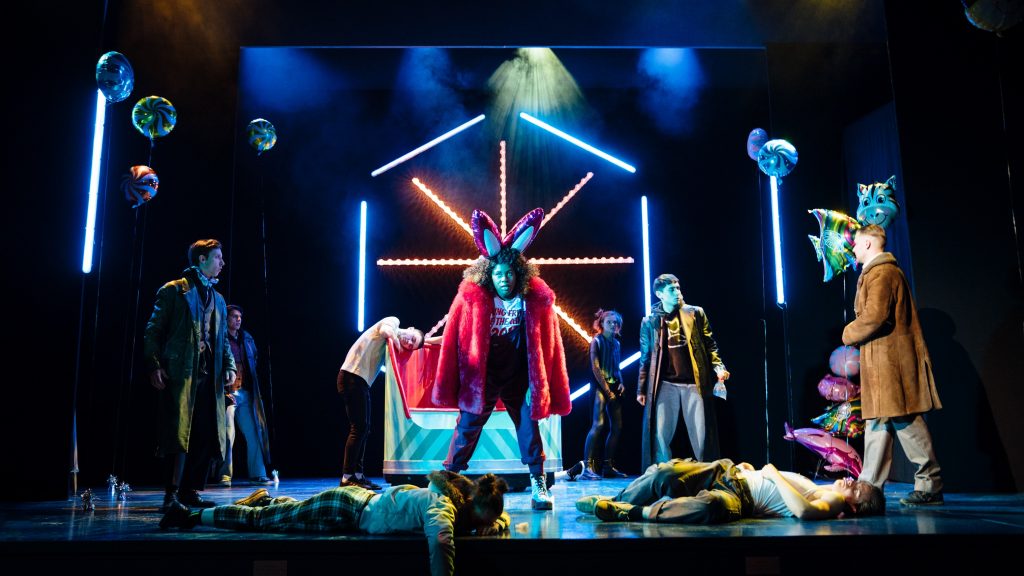 Some very clever lighting made some of the darker-themed scenes quite menacing, reminding me of some 1980s sci-fi films and Doctor Who. The use of helium balloons as the trees from the forest was ingenious and allowed the seaside/fun fair theme to carry on throughout the show.

Directed by Matt Harrison, the delivery by the whole cast was brilliant with some emerging stars to look out for. Words were enunciated and clear at all times and I was really impressed at how silences and upstaging were perfectly timed. Standout performances included Jemima Mayala as a Bottom with shedloads of street-cred and Jamie Foulkes as a gay male Helena with a Scouse accent. These characters are great ways of engaging and attracting younger theatre-goers and making the storyline relevant to things that they’ll be experiencing. 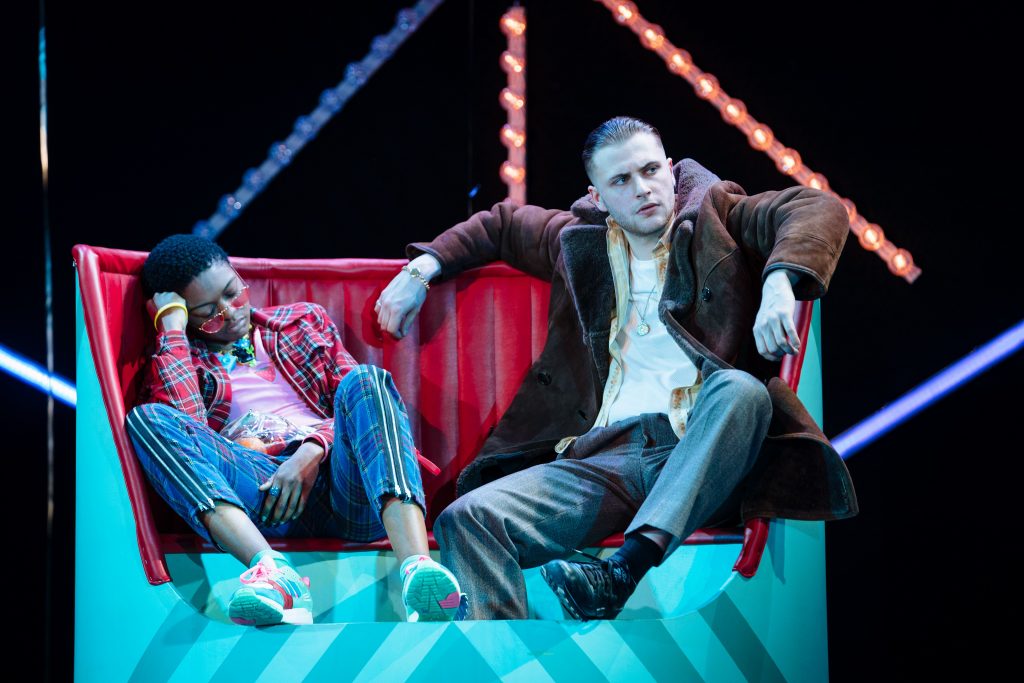 This production runs until 17 January 2020 and it would be a great gift experience for any children in the family as well as grown-ups who might want to see a modern version of classic Shakespeare.

To book and for more information, visit: www.nyt.org.uk/AMSND 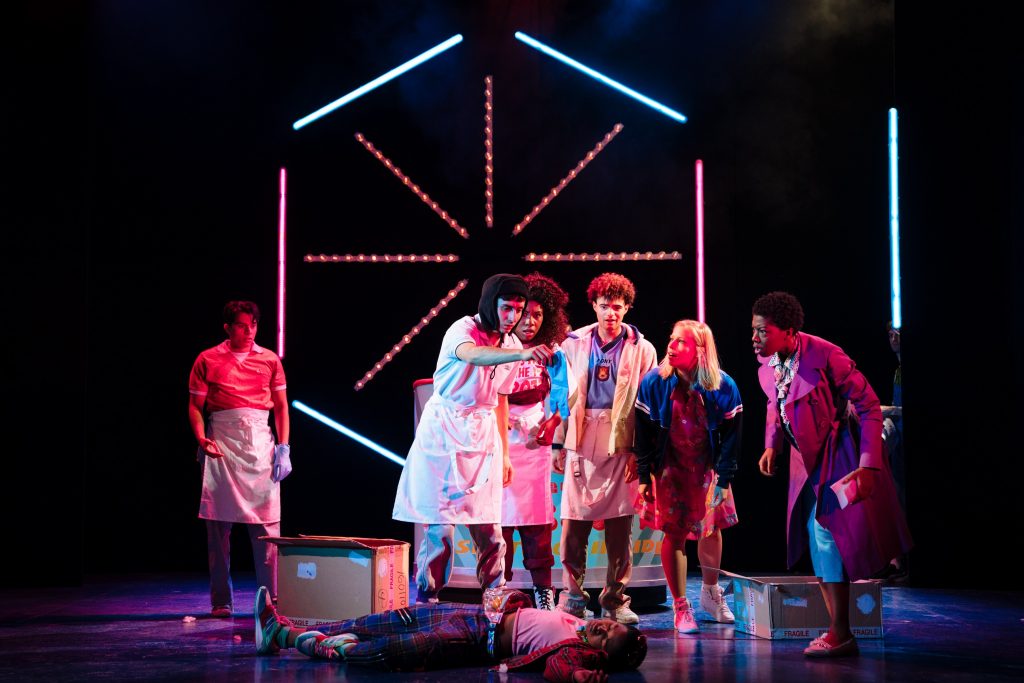