Change is afoot for the skyline of Malaga. The port city on the Costa del Sol has previously been thought of as merely a gateway to the rest of Andalucia but the area is currently undergoing a huge renaissance.

Malaga isn’t just about its conveniently located airport, serving resorts such as Marbella and Nerja, it’s establishing itself as a top destination in its own right.

One of its most famous (and proud) natives is of course Hollywood A-lister Antonio Banderas and it’s also the birthplace of Pablo Picasso. So a city rich in culture and history with its economy growing five per cent in the last year alone. 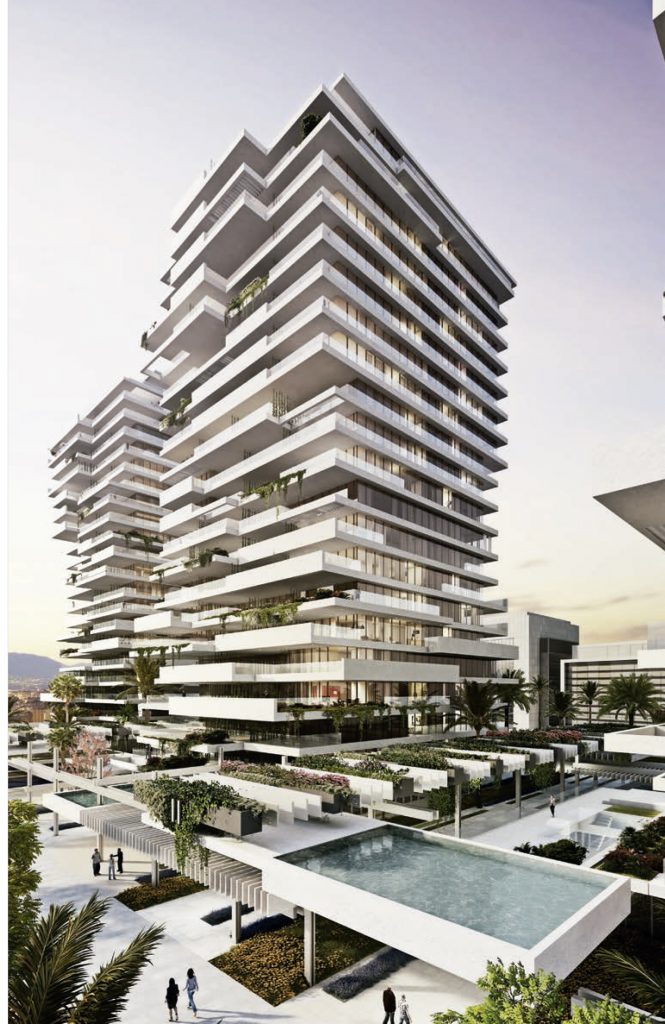 So to reflect this change, and to create even more international interest, renowned architect Carlos Lamela and property company Metrovacesa and Sierra Blanca Estates are planning a magnificent and ultra luxe development that will ‘redefine the skyline of Malaga’.

The 225m Euro project will boast three towers and 213 abodes  and will be the first ‘serviced apartments’ in Spain.

The first tower will be called Living, and will feature three swimming pools, a premium spa, fitness centre, private cinema, playroom, co-working area and nursery, as well as the latest technology and security.

More than a quarter of the apartments are already sold to buyers from Europe and the United States.

Referring to the new purchasers, Daniel Raya, Land Development Manager at Spanish leading real estate Metrovacesa said: ‘We choose Picasso Towers for its high quality, prime location, astonishing sea views, the pleasant Mediterranean climate and the fact that Malaga is the fastest growing city in Spain at the moment.’ 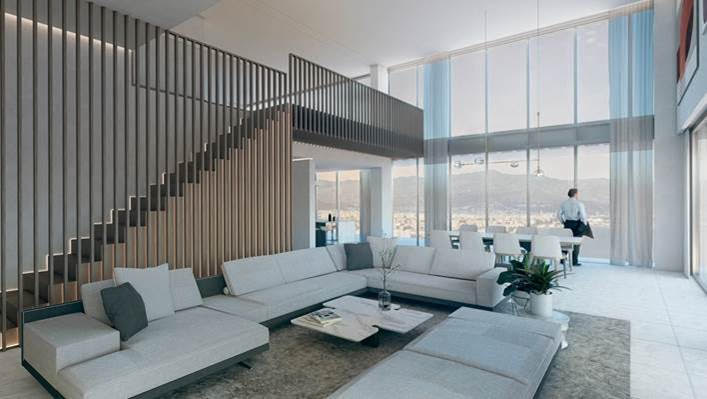 Mr Rodriguez also said: ‘Buyers are drawn to the exceptional services that will be provided to all owners and residents in Picasso Towers, which are the epitome of true luxury residences.’

The three towers will be decorated by the award-winning interior designer Jaime Beriestain along with the previously mentioned Carlos Lamela, who is famous for designing Amsterdam’s Schiphol airport, Madrid’s new Barajas airport terminal and the renovation of Real Madrid’s Santiago Bernabeu football stadium.

The first phase of Picasso Towers apartments will be ready by the end of 2021, and the whole resort is expected to be completed by 2023.