Laughter really is the best medicine. OH YES IT IS! This adage certainly proved to be true at Hackney Empire’s Dick Whittington and His Cat. 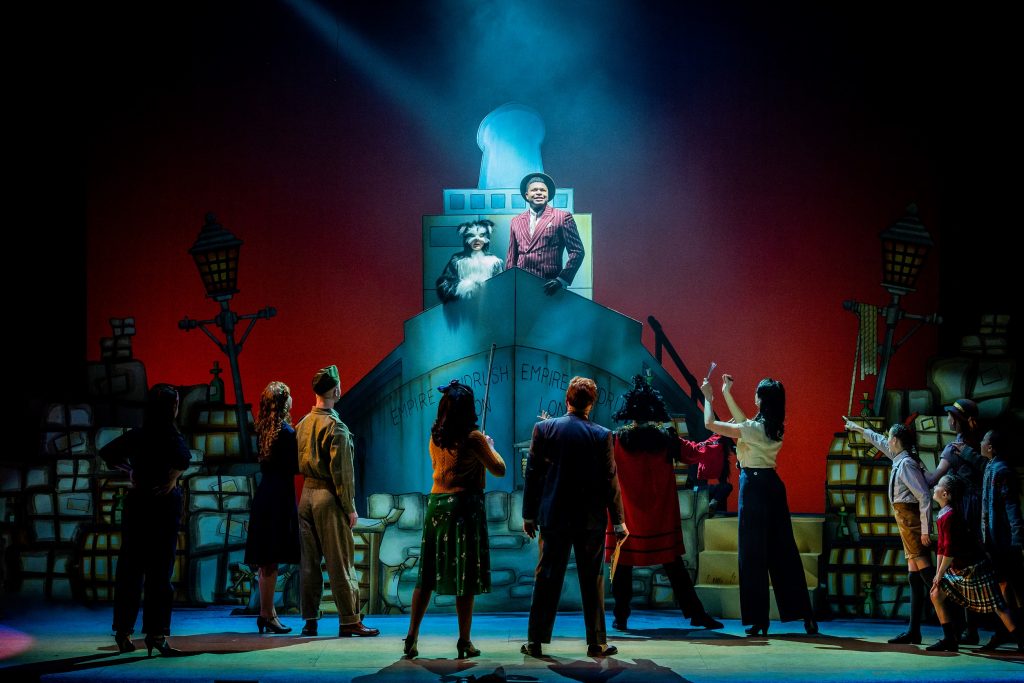 The show opens strikingly with the hero as a passenger on a ship, having left the tropical temperatures of Jamaica to find a new life in a supposedly gold-paved London. He is accompanied, of course, by his cat, Uncle Vincent who is played by TV and radio presenter Kat B. On Dick’s arrival, he and we are immediately greeted with an outburst of Jamaican culture as all concerned dance off the ship onto British soil, and tap dance exuberantly to the vibrant sound of the steel pans in the distance. Throughout the panto, familiar chart toppers added to this Caribbean version of a traditional tale. 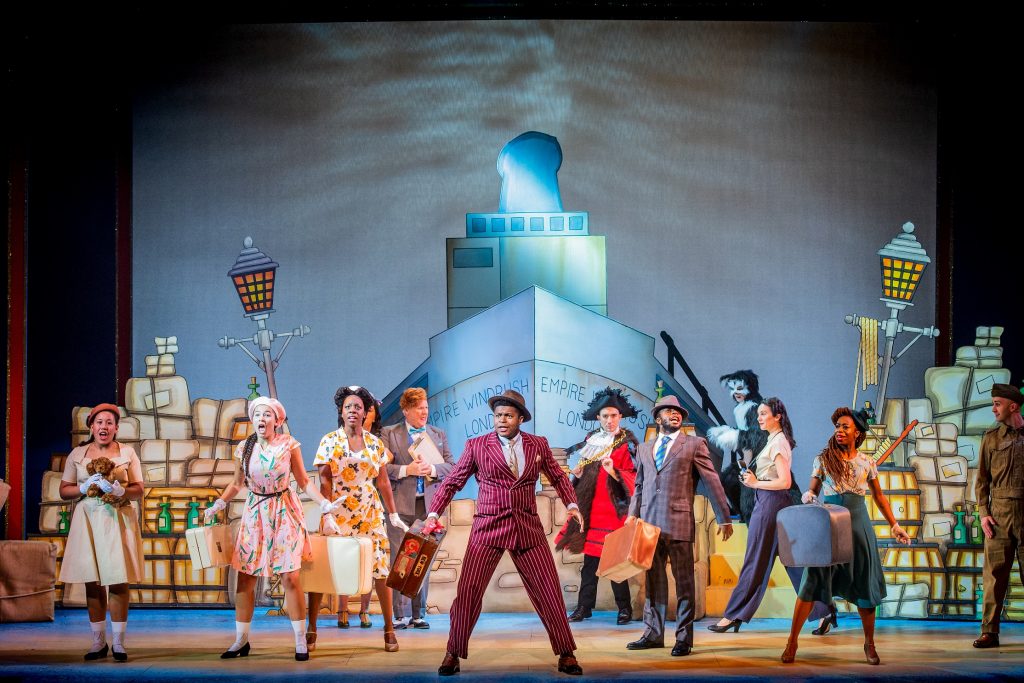 What makes this pantomime wonderful is the originality brought to it by Director Susie McKenna, who has been directing pantomimes at Hackney Empire since 1998. She brought striking freshness and novelty into this production. While framing the story line in accordance with the elements of the traditional story, the piece was full of diversity and maintained the interest of all ages in her audience. In particular, she cleverly managed to blend in coverage of today’s biggest headlines from climate change to politics, while exploiting the resemblance of some cast members to our political clowns of today in true pantomime spirit. 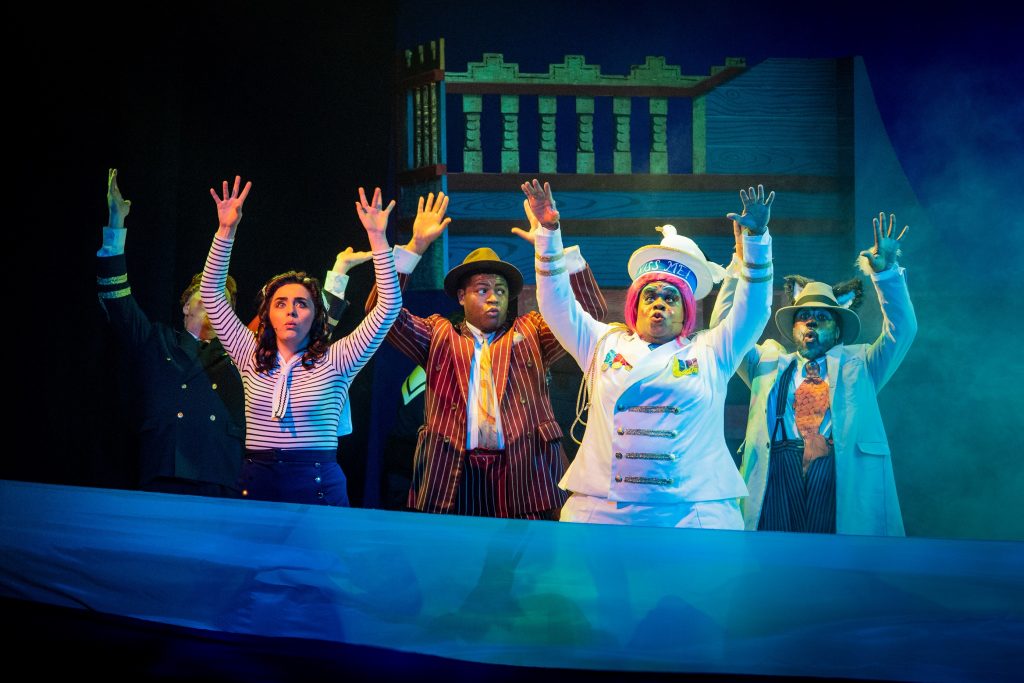 Like any good pantomime, everyone in the audience stands up to join in on a couple of sing-alongs, boo some badies and prance around like a cat. However, beneath the singing, dancing and special effects I felt that, subtly evident throughout, there was a poignant message of kindness and forgiving of others. 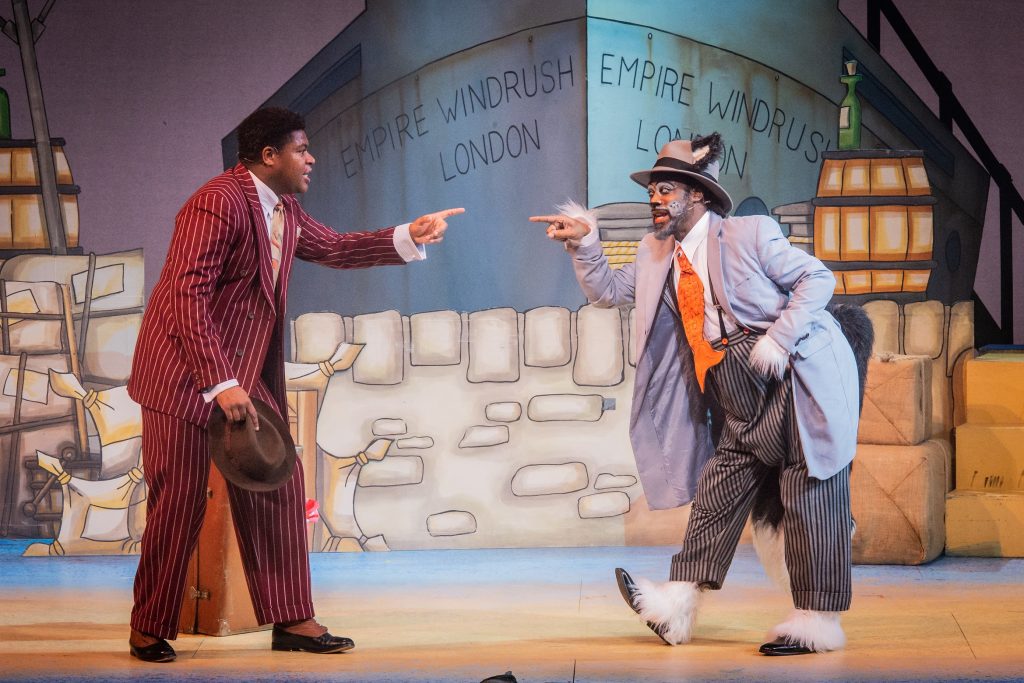 The show stars Grande Dame Olivier Award winner Clive Rowe who makes his 13th pantomime appearance this Christmas. He is funny, loud and someone you’d want at your Christmas dinner table. He was joined by Annette McLaughlin as Queen Rat and Christina Tedders as Alice – all of whom had show-stopping numbers. 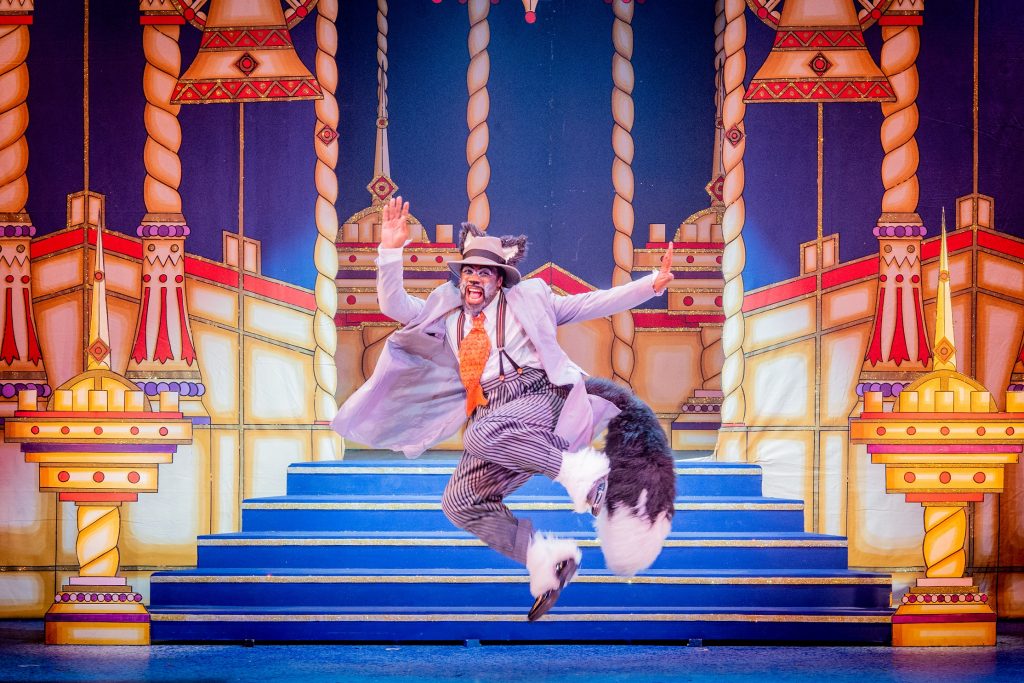 I particularly liked Queen Rat’s defiant, ‘I’m a Bad Girl’. This was a remixed version of the tune to Bad Guy by Billie Eilish, yielding a full production number with a chorus line of dancing-rat sidekicks. A musical highlight for me was Under the Sea by the Little Mermaid. They sang this whilst Dick was under the sea talking to a mermaid who lectured him and his friends on global warming. 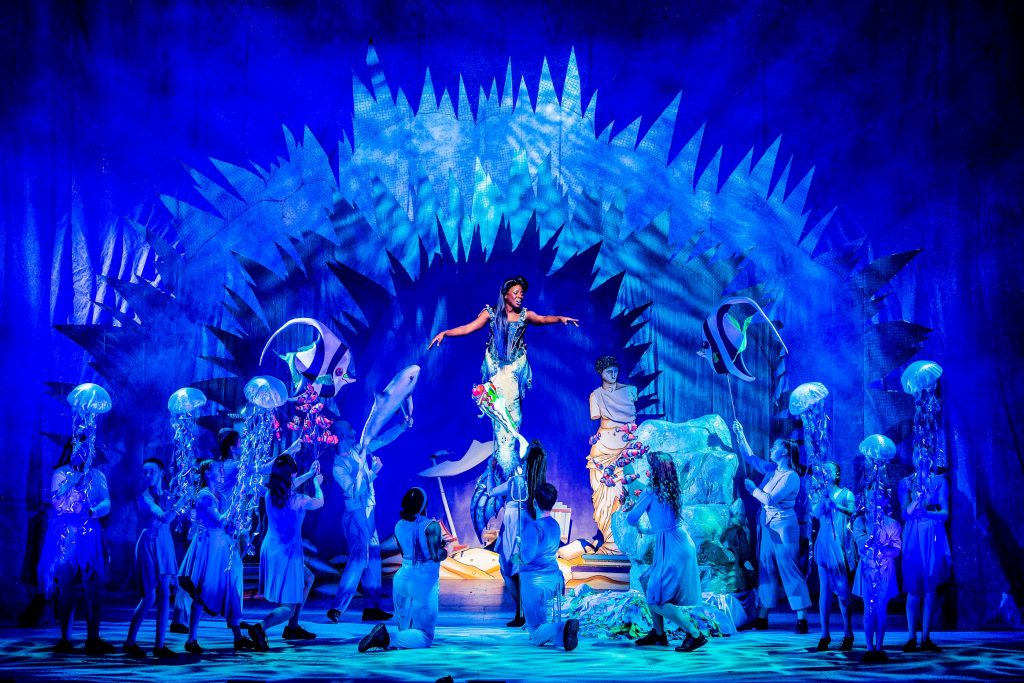 Susie McKenna’s script and direction brought originality and striking freshness into this production. I purred over memories of the evening which had provided me with seasonable enjoyment, music, spectacle, and above all laughter in accordance with my desire to be entertained in this festive season.

Dick Whittington and His Cat is on at The Hackney Empire until 5 January 2020. 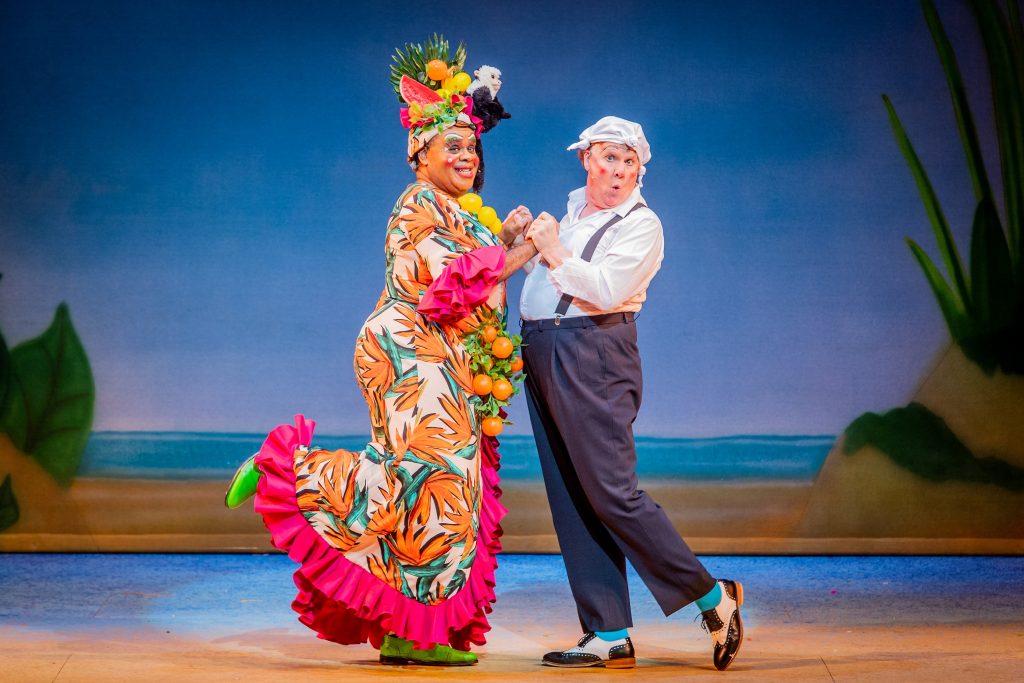