The House of Frerejean Freres: One of the region’s best kept secrets

Receiving a personal handwritten invitation from Monsieur Rodolphe Frerejean-Taittinger to come to the Champagne Region and learn more about The House of Frerejean Freres was an exciting but also rather confusing moment for someone like me who is a champagne aficionado. Since the name Taittinger rang many bells, but Frerejean Freres Champagne had obviously been completely off my radar prior to cracking open the invitation envelope. I immediately googled it and accepted, since what I read online gave me the feeling that I would be heading to one of my favourite regions of France to discover something quite different and interesting. What I experienced was well beyond my expectations.

In France, both the names Frerejean and Taittinger have their fair share of historical significance, even if the two families only united fifty years ago by marriage, and when the said union produced three heirs who are now the main shareholders of The House of Frerejean Freres Champagne. But one can go back nearly 250 years and will see that the same family had Frerejean Freres as a registered company name (without the champagne), since Rodolphe’s paternal lineage goes back to the Bourbon Kings, Napoleon, and even Queen Victoria, not by blood but commercially, being the main supplier of Cannons to the three Monarchs. One can still see a few of their cannons at the Tower of London, which the entire family is very proud of. On the other hand, any champagne lover will be able to relate to the matriarchal line of those same three brothers, since the Taittinger family has been producing champagne since four generations and are a well-established brand at international level. 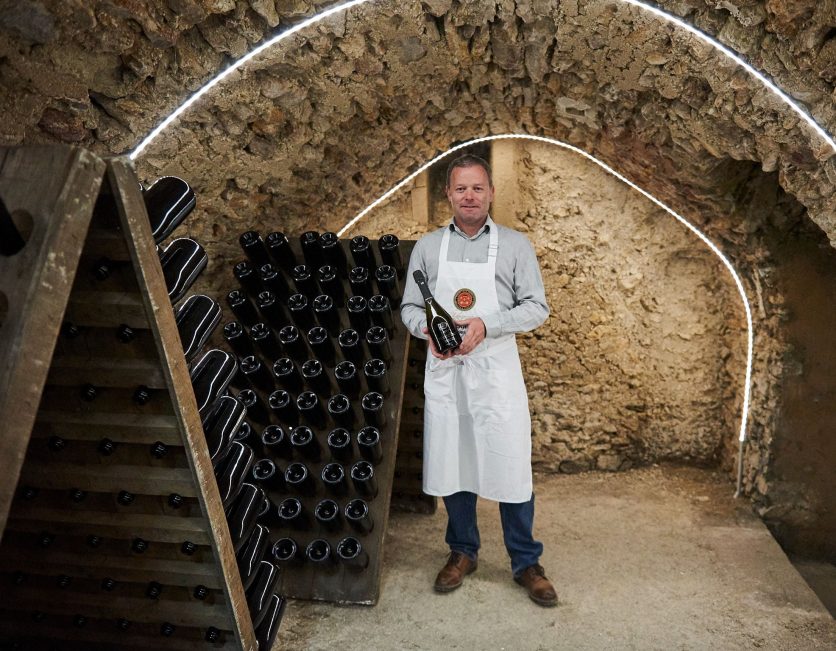 The adventure starts in the early 20th Century

In 2005, a ‘mini tsunami’ rocked the Taittinger dynasty, who by now not only owned one of the most renowned champagne brands worldwide but also other luxury brands like Baccarat and over 300 hotels including Palace properties like Le Crillon and Le Lutecia in the French capital, with the sale of the whole consortium to a US entity. This was ‘The’ moment when Rodolphe and his two brothers took the decision of reviving the Frerejean Freres name, but this time by providing happy moments with champagne to Royal Courts and Presidential Palaces instead of wartime necessities. To quote Rodolphe: ‘We grew up in the vineyards of the Champagne region and we had it in our blood from the day we were born. We saw it as a natural step in our family history, and the fact that we had the talented oenologist Didier Pierson joining us in this venture gave us a good vision for our development’. 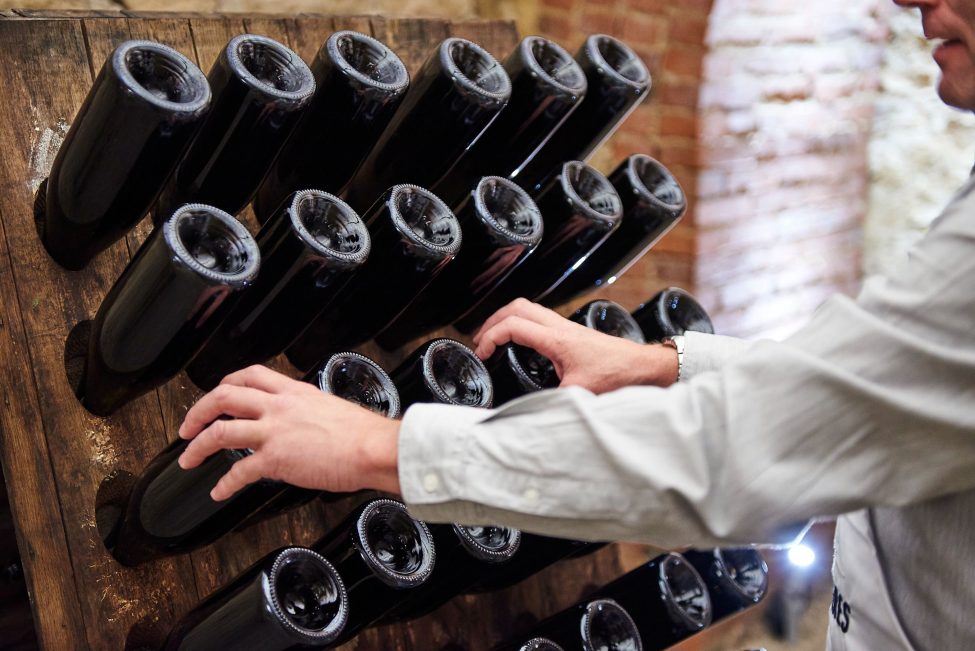 In 2006, their Uncle Pierre Emmanuel Taittinger bought back the House of Taittinger from the Starwood group, but this did not stop the Frerejean brothers in their motivation to develop further a house of their own. Unlike the bigger brands which most people are used to, they see themselves as gentlemen farmers who create bespoke wines and favour quality over quantity. With a strict rule of using Chardonnay and Pinot noire from Burgundy, all their champagnes are products that emanate from the most iconic villages of the region, with the grand cru of the Cote des Blancs originating from around their village as well as the Grand Cru of Avize where their winery and cellar master Didier Pierson is located. Also, they do not use any Pinot Meunier and age their bottles between 6 and 8 years minimum, which is three times more than other classic brands do.

With this approach, Frerejean Freres had to wait 7 years from 2005 to New Year’s Day 2012 when they could finally release their cuvées. A party was held at an iconic address on rue Richelieu with the la crème de la crème of Parisian society where for the very first time, the bottles of Frerejean Frères were opened with much joy and anticipation for the new year of 2012. The success was immediate, and they became the new golden boys of the industry despite their wish to keep a low profile. 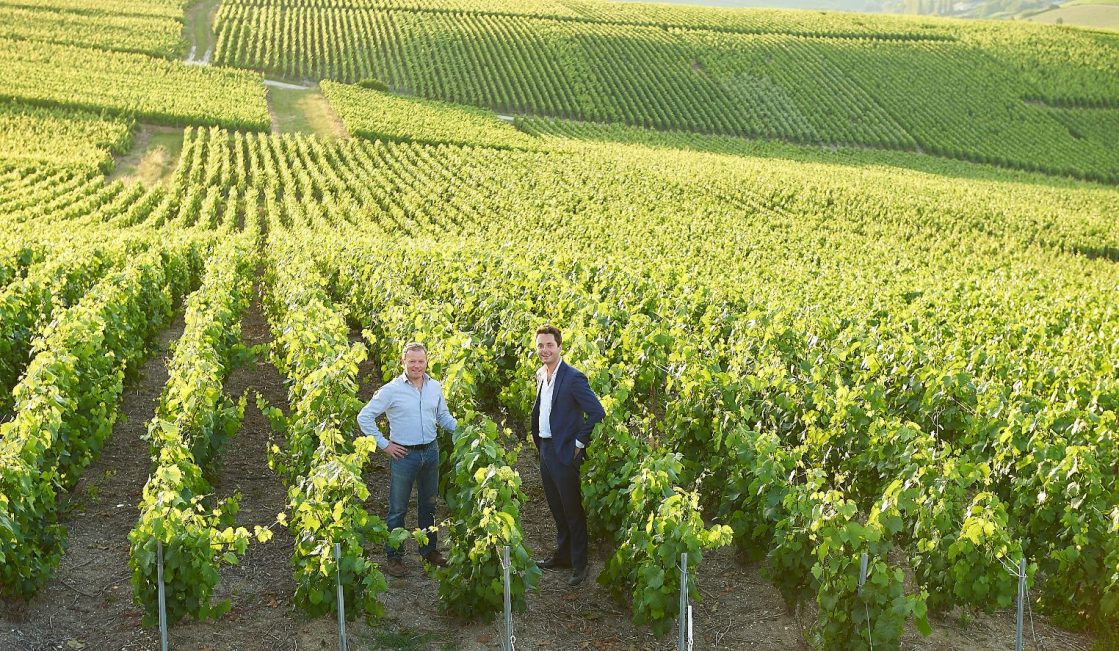 Rodolphe is a grounded man but is also very honest about the fact that his pedigree was of immense help to be successful, and in 2021, they became profitable after 16 years of operation. Five years before, Laurent Dassault (who comes from a famous French family which builds private falcon jets) invested in Frerejean Frères, and the caring support of this new shareholder/business guru has allowed them to develop even more strongly since 2016. This opened many doors, one of which being with their national carrier (Air France) which now offers exclusively Frerejean Freres champagnes in their First-class cabins. But their leitmotiv to keep the brand a premium one remains intact, and one cannot go to any bottle store or supermarket and buy their champagne even if the most prestigious private clubs of London have it as a top-notch choice on all their menus.

Rodolphe, who is married and a father of two, jokes about the fact that he has many more than two sons, since he considers all his cuvées to be his own children. From his point of view, each of their champagnes have been produced to celebrate a moment of conviviality, like for instance the VV26 which is ideal for wintertime when one sits by a fireplace and enjoys a hot meal. On the other hand, the Cuvée des Hussard 2012 is very mineral, precise, elegant, and vibrant and would be ideal for aperitif time. The House of Frerejean Freres is officially a partner of the prestigious Michelin guide and having their premium champagnes in allocation gives them the possibility of choosing their customers, which is considered an incredibly important USP for the brand. 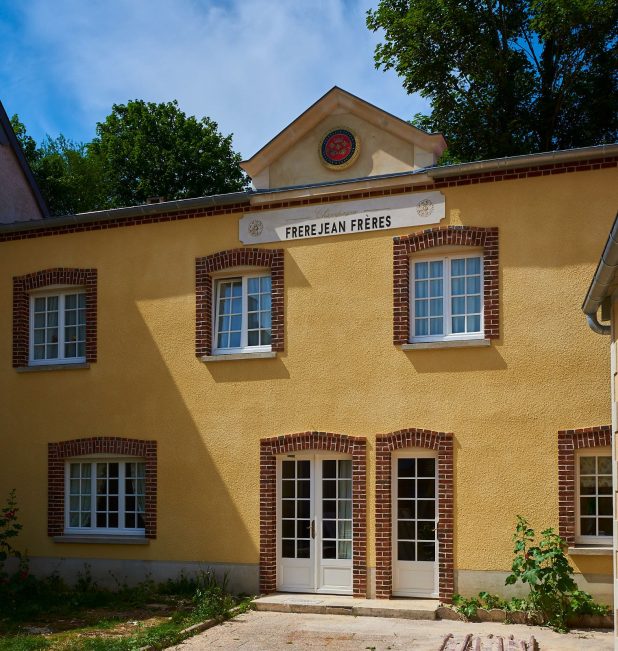 France remains their primary market, but the US, UK, Australia, and Japan are making great strides with many more partners wishing to be part of the Frerejean Freres adventure. Rodolphe’s eldest brother is a famous artist based in New York who has made a terrific job in promoting the brand in Northern America, but Rodolphe as the CEO seems to have a soft spot for Japan where he spent his honeymoon and is a regular visitor. Twice a year, he makes it a point to visit the distant Empire and he is very proud to be working with the most well-known Japanese Chefs to whom he secretly reserves his very best bottles (obviously, not a very well-kept secret in the company), since he feels that Japanese cuisine is an art which enhances the taste of wine and champagne much more than any other cuisine. Quite a harsh comment for a Frenchman and champagne producer!

How does The House of Frerejean Freres see its future?

They seem to stick to the idea of being a medium size artisan producer, despite their success and increase in demand from partners across the globe, and they remain committed to producing less than 150,000 bottles per year for their brand to remain bespoke. But the exciting news is that in 2023, their manor house style office will also open as guest house with a few bedrooms and a spa for those wishing to fully immerse themselves in the brand experience, and I do hope that Monsieur Frerejean-Taittinger will remember to send me another invitation which I shall accept without hesitation.

All imagery courtesy of Frerejean Freres.