The return of The Woman in Black

The Woman in Black has returned. Producer Peter Wilson expressed cautious optimism that a personal horror might finally be seen off. Raising a toast to his rattled audience, he celebrated an end to a 540-day hiatus from live performance, the play’s longest since its London debut in 1989. Thankfully, his title spectre is notorious for her staying power, boasting an historic West-End run-time after three decades haunting the Fortune Theatre. London’s favourite phantom is greeted by gritted teeth and clenched fists as returning audiences brace themselves for a masterclass in suspense. 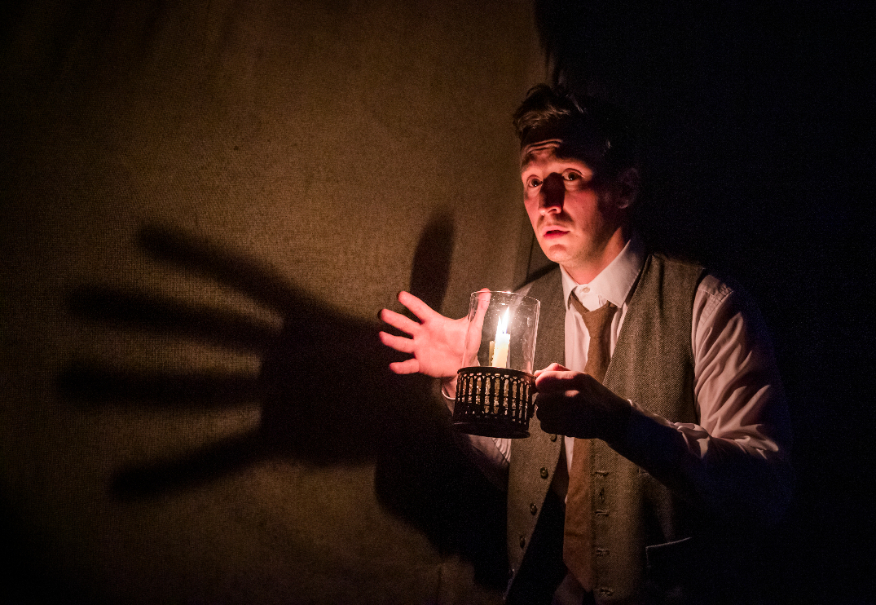 In Stephen Mallatratt’s reimagining of Susan Hill’s gothic novel, we find an older, deeply troubled Arthur Kipps (Terence Wilton) determined to find emotional respite by sharing his story. It’s a play within a play, as he enlists the help of a spritely actor (Max Hutchinson) to portray himself as he once was – the clean-cut solicitor posted to conclude the affairs of a deceased client. The Actor retells how a burdensome business trip turned terrifying upon discovering the dark history of the marshland estate, finding his own theatrical exuberance dim as the gravity of the old man’s tale sets in. 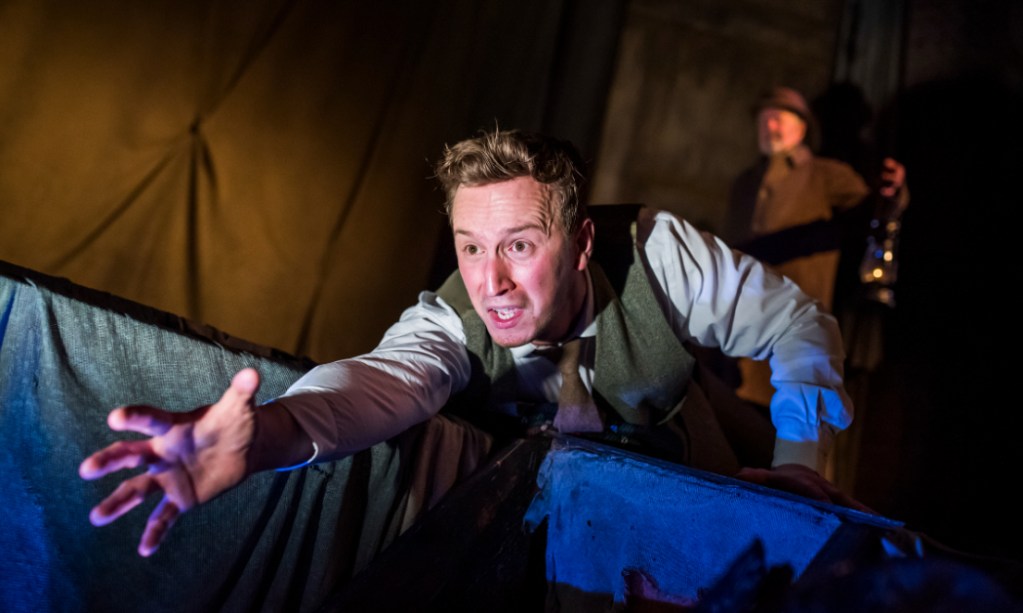 Fondly described by director Robin Herford as a ‘cut-price stocking filler’ commissioned on a whim for Scarborough theatregoers at Christmas, The Woman In Black’s staging remains understated. The set comprises a staircase, some gauze, a wooden door and a rudimentary graveyard mocked up by some dust sheets. There are no pretences of realism – a wicker basket presents as a train carriage, a pony and trap, a bed, and a London office. Interjections by Kipps and The Actor to debate the tale’s staging tease the sceptics in the crowd. How might a bare stage convey the immensity of the Yorkshire marshes? How may invisible animals possibly convince? Anything is possible with a little poetic license, The Actor challenges, and he is soon validated by gasps of concerned shock for Spider the imaginary dog. 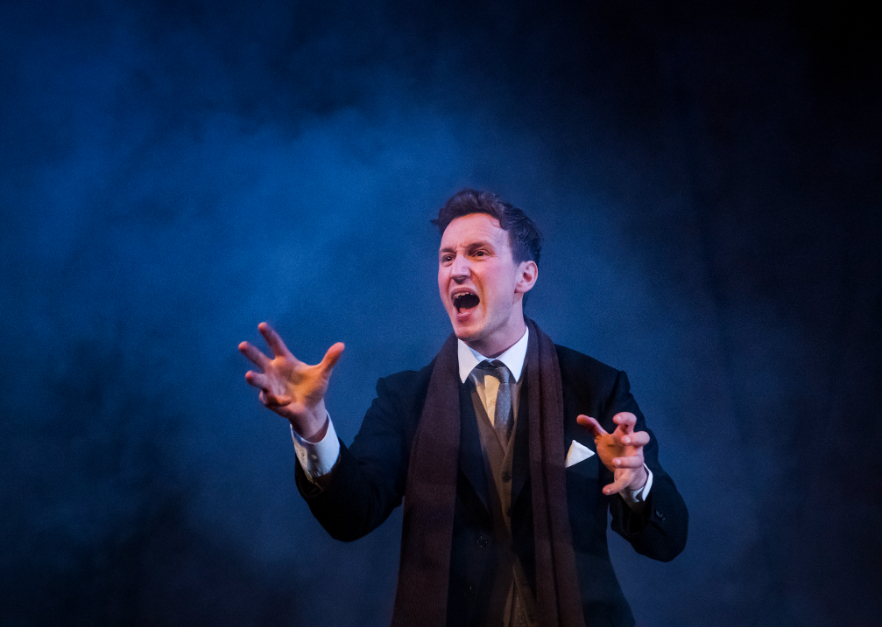 It’s the insidious power of the imagination that steals the show here, with the aid of skilled direction. Hairs stand on end from the first moment the apparition drifts through the aisles, making the cloak of darkness and a thick sea fret eminently more disquieting. The tiny theatre is that shade too intimate, the temperature kept a fraction too cool. Harrowing surround sound is made more unbearable by the total stillness of the audience, and the interval is greeted by a collective sigh of relief as guests catch their breath.

The Fortune Theatre dusted away the cobwebs in style. It’s clear to see why The Woman in Black’s popularity has been so enduring – it’s the perfect cocktail of a brilliant ghost story, nuanced sound and lighting, and powerful performances. But above anything, its genius lies in its false sense of security. All the safeguards are in place – the lack of a fourth wall, the comic interjections, the silly props. The constant awareness that it’s all make-believe makes the potency of the thriller all the more astounding, and the resulting fear of the dark all the more humiliating.

Imagery courtesy of Tristram Kempton / The Woman in Black