First night: Singin’ in the Rain at Sadler’s Wells Theatre

Singin’ in the Rain is a nostalgic reminder that a good dance number and a timeless soundtrack is all you need for true love and West End magic to prevail – not to mention a little rain, of course.

In a nutshell, Singin in the Rain tells the fictional story of the 1920s most famous silent film stars Don Lockwood and Lina Lamont. Despite their chemistry on the silver screen, off-screen, Lina is the loathe of don’s life.  Although their relationship was created purely for entertainment purposes by the studio, Lina is under the false impression that Don really is in love with her. Along the way, Don meets Kathy Selden, and much to Lina’s dislike, he falls instantly for her. 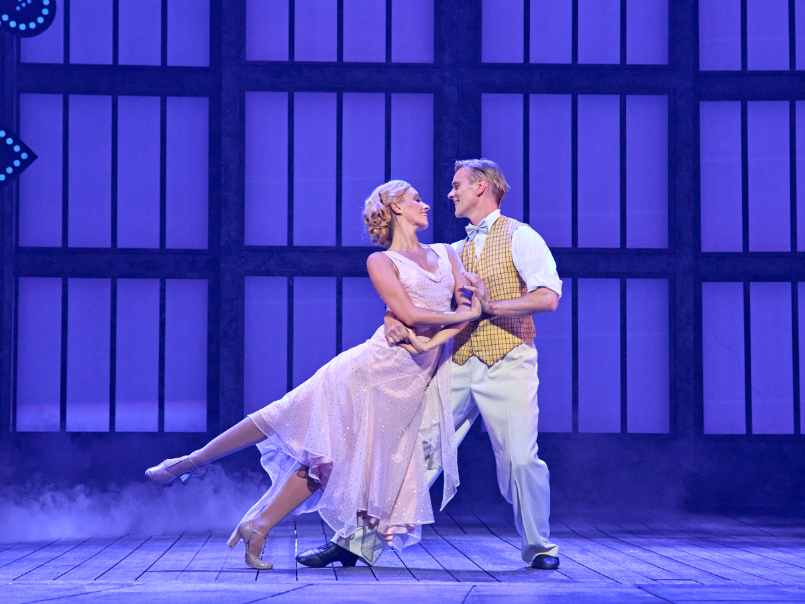 This light-hearted story touches on fame and how it ruins some people while also perfectly depicting the all-too-real struggle that movie stars went through when they had to start talking in movies. This show harks back to the original movie from the 50s, starring the iconic Gene Kelly and Debbie Reynolds. The on-stage revamp is like for like as delightful and catchy thanks to Jonathan Church’s genius reimagination of the timeless classic. 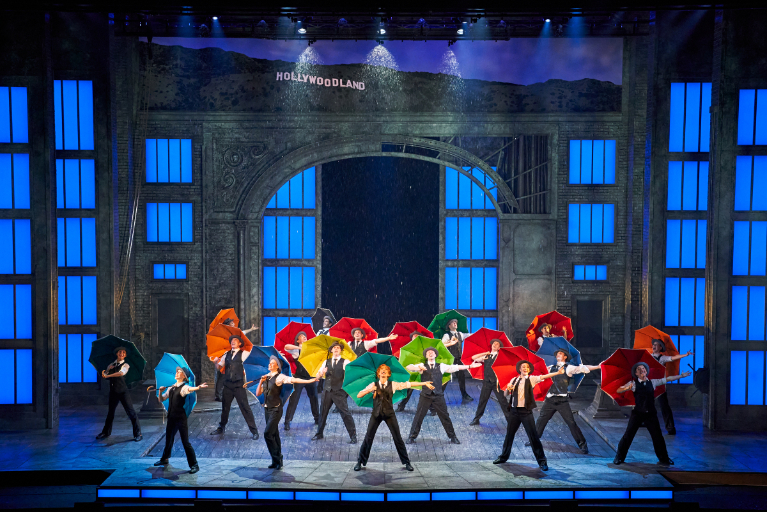 The songs – I am in the Gen Z age group and even for us, it is almost impossible not to know or have heard at least one song from Singin’ in the Rain. The original soundtrack by Nacio Herb Brown and Arthur Freed has given us instant classics like Make ’em Laugh, Good Morning, and the namesake of the show, Singin’ in the Rain. 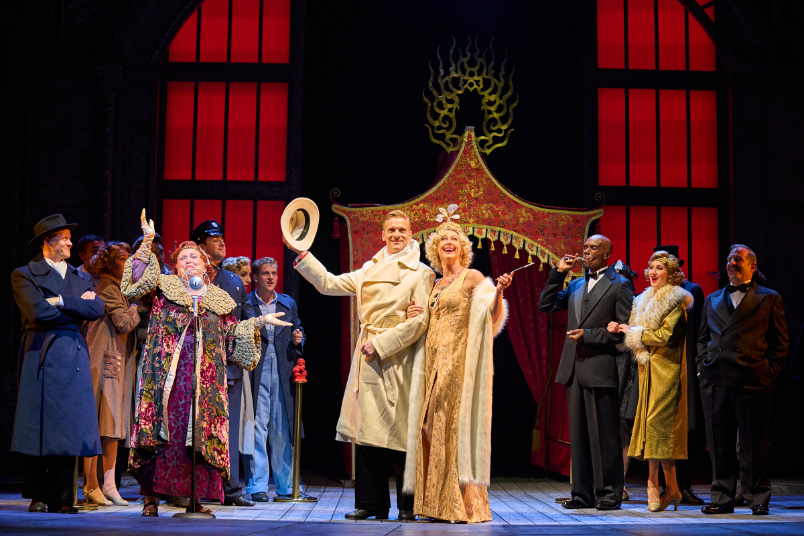 Andrew Wright and his infectious choreography did the roaring 20s justice. But, of course, filling the shoes of Gene Kelly is no easy task, especially with his iconic rain number, so it’s no surprise the choreography focuses heavily around the original movie. 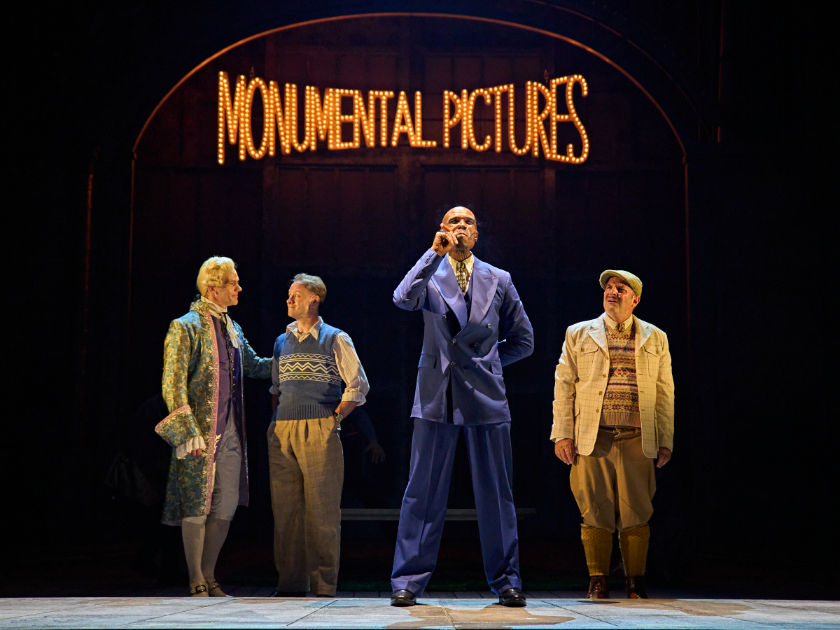 Simon Higlett makes you wish you were a glamourous 1920s film star with his Hollywood-esque studio set design. You’re transported right in the middle of the hustle and bustle you would expect from a 1920s film set. One thing you might not expect, however, is the singin’ in the rain… literally. It really rains on set, like actual proper heavy British rain. So, my advice if you’ve already booked front row tickets for the show is to bring something to keep you dry! 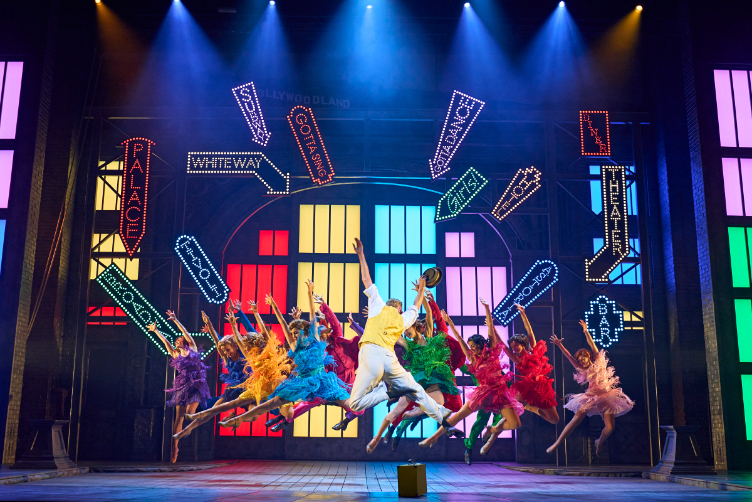 Aside from the brilliant surprise water show, there was also an element of natural cinematography. All of the films that were shown in the show were filmed prior. This is the first time I’ve ever seen the two elements of film and stage performance incorporated, and it worked so elegantly. It was like I was watching original black and white films from the 20s.

Overall, Singin’ in the Rain is a fabulous modern take on a timeless classic, which can be enjoyed all over again today even if you haven’t seen the movie and even if you are a Gen Z!

A post shared by SINGIN’ IN THE RAIN (@intherainsocial)