Experience Amsterdam like a real Heineken at Hotel De L’Europe

As the first signs of the heat wave swept over Europe in early July, I took the last-minute decision of packing my bags to spend a weekend with a bunch of friends in Amsterdam. I had not set foot in what many refer to as ‘The Venice of the north’ since a few years, and even if everyone I mentioned my plans to felt that it was lunacy to travel when all airports were in chaos, my view was that any painful travelling experience would be offset by the mere privilege of staying in the second oldest hotel of the city which still belongs to the grand Heineken dynasty. Any person who is a beer aficionado knows of the name, but seldom are those who are aware that the Heinekens are one of the grandest families of the Dutch kingdom and that the said family has influenced the course of its history over time.

Hotel De L’Europe is in the heart of the Capital, and for anyone wishing to be walking distance from all the exciting attractions that Amsterdam offers while also immersing oneself into its exciting history, it is the number one choice. The hotel was built in the late 19th century and has since been the place to see and be seen by the rich and famous, with royalty, heads of states and celebrities checking in and out on a regular basis (The Rolling Stones were in house during my stay – pity I did not see them though), and their long-time loyal team members could write a book about it all even if all of them swear they would never do such a thing. Part of the prestigious ‘Leading Hotels of the World’ club, the property was entirely refurbished recently but has kept its very stately home feel (noblesse oblige) and has the history of Amsterdam in its DNA. 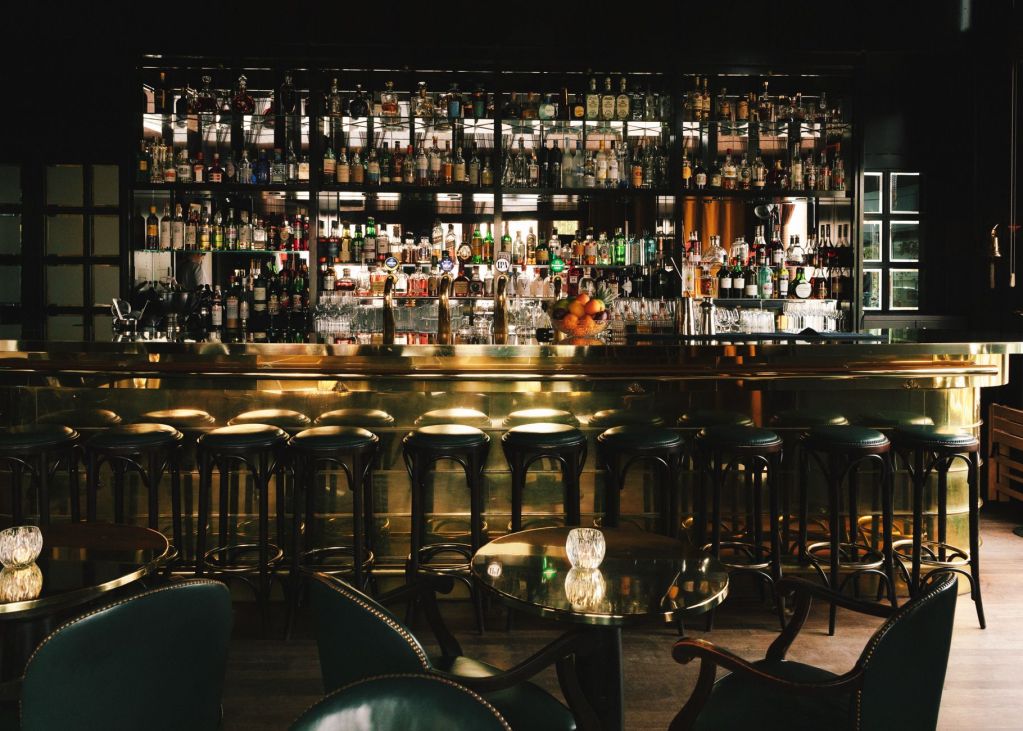 The lobby and main bar have a museum feel to them both since part of the private Heineken collection of old Dutch masters adorns its walls; pieces which people flock to in New York, London, and other parts of the world when the family loans them – which is extremely rare since they feel that the said masterpieces truly belong to the walls of the only hotel they possess. 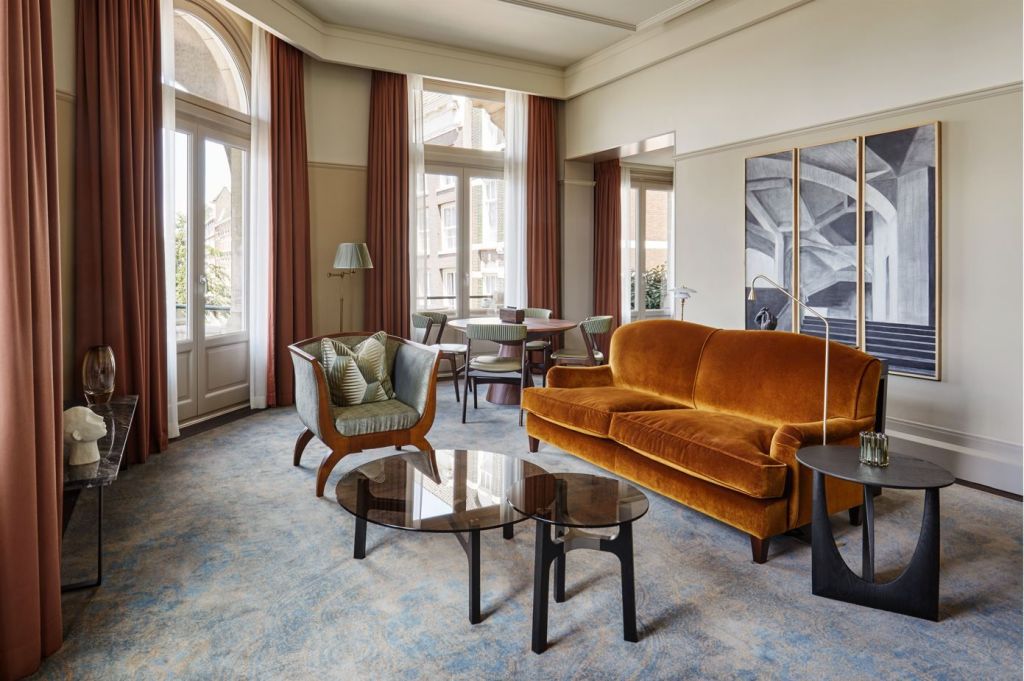 The rooms and suites are spacious and classy, and for those who wish to get a direct view on the canals while enjoying their breakfast or aperitif in the coziness of their own space, my personal advice is to fork out for the supplement as it’s worth it. There is nothing more ‘instagramable’ than having a martini while facing the water and imagining oneself in a scene of the 1971 James Bond movie ‘Diamonds are forever’ with the legendary Sean Connery fighting the bad people. As I was enjoying a nice rosé on that afternoon, I must admit that the mood on the canal was more that of a music festival as so many youngsters had hired boats and were enjoying the scorching temperatures. But it was as pleasant and picturesque, and confirmed my view that the Dutch are a great fun nation of party goers.

On that same night, my three friends from London joined me in a rather exhausted state of mind after a few stressful issues at Heathrow airport and we decided that we needed to treat ourselves to one of the five restaurants of the hotel (two of them are 2* Michelin), since they are considered a must for any foodie coming to town, no matter if one is staying at De L’Europe or elsewhere. 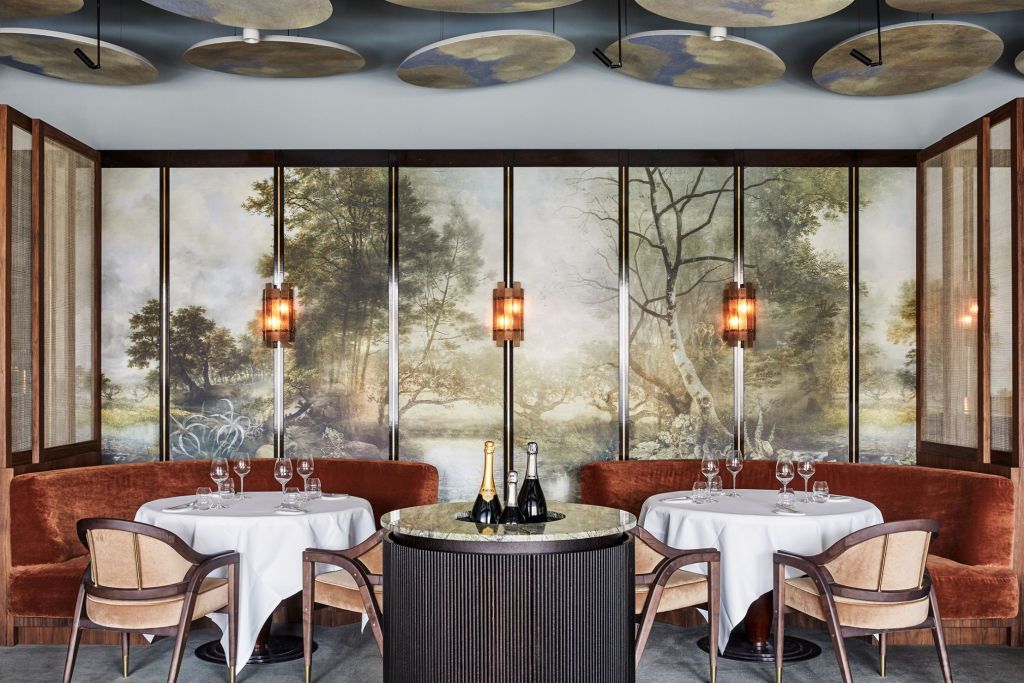 The Marie is the French quarters of the hotel and was named after a cousin of Gerard Heineken who was notorious to be a fiery and independent Lady, but also an epicurean who loved France, good food, and wine. This is where one can indulge in a ‘je ne sais quoi’ of The Riviera while sitting on the water, since part of the terrace of the Brasserie is at water level and one has the impression of being on a boat at times. If you are lucky enough to experience the The Marie, I strongly suggest their tarte tatin not to mention having a look at their impressive wine cellar – I could have spent the entire evening in there!

The next morning, we took the recommendation of the Head Concierge and booked a private boat to discover Amsterdam in a different way. Since all of us had been to the city before, we felt that taking off from the private mini jetty of the hotel with a breakfast hamper and spending our first morning cruising in the canals was a very exciting idea.

Though the water traffic was more intense than it usually is due to the holiday season, it was indeed a very different experience to see the streets and old buildings of the city from the water. Our boat driver/guide was proud to tell us that he was born and bred in Amsterdam, and with the dry sense of humour that Dutch people are known to possess, he also told us in his own way the story of Ann Frank, Baruch Spinoza and other well-known figures that lived in a city which has always been one of the most important commercial ports of Europe since the middle ages.

We were back just in time for a light lunch at a traditional restaurant two canals away from the hotel, and we then spent the afternoon in Le Spa by Skins Institute before hitting the city early evening to immerse ourselves in its electric mood. 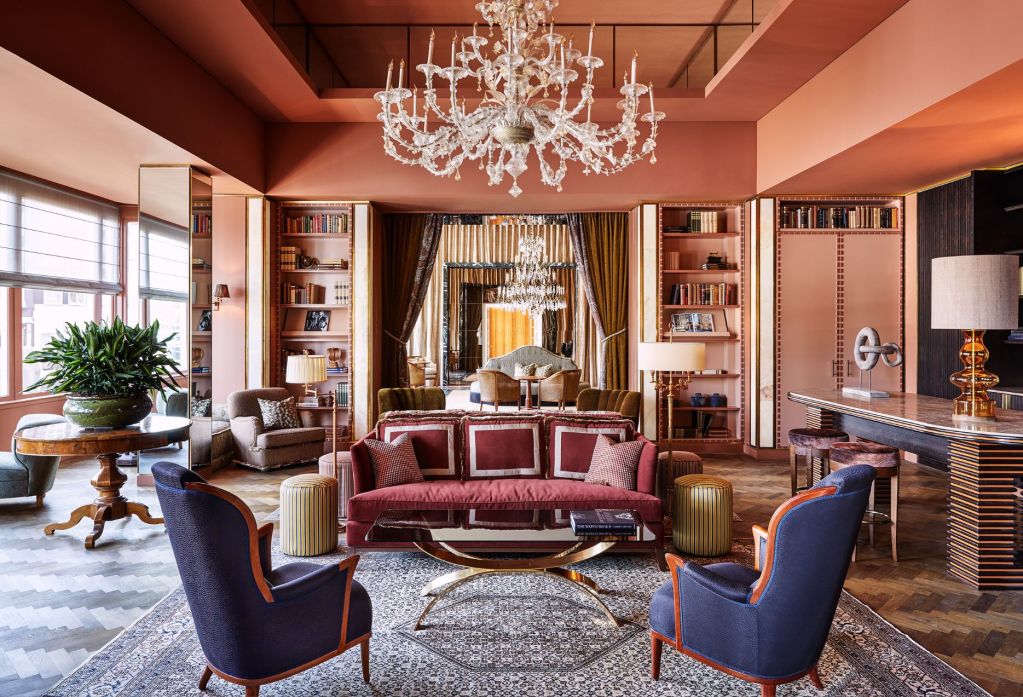 The only way for anyone to experience what Amsterdam is all about is to visit the city, as no other place in the world, even the ones located in other parts of The Netherlands or neighbouring Belgium can rival with it. One can eat well, have fun, meet interesting people, and learn so much about the history of a maritime port that shaped the political and economic course of Europe over the centuries. And my personal suggestion is as follows: why not do so while staying in a hotel which belongs to a family that has also shaped the course of history of that city, and on top of which, produces one of the best beers on the planet.