Over the past 130 years, Brugal has maintained its place at the forefront of the rum industry by showcasing its rich history–rooted in the Dominican Republic, while adding contemporary elements along the way. Brugal has withstood the test of time, and will be releasing its newest expression, Andrés Brugal, the first in a series of anticipated releases in the coming years. Just 30 bottles will be exclusively sold in the UK. 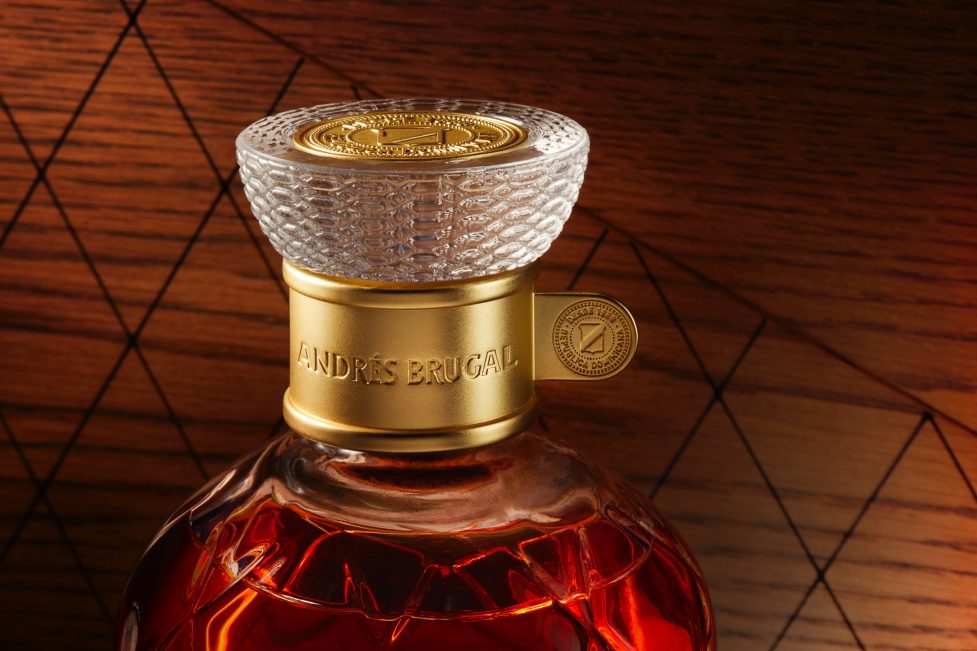 The Brugal empire began with one man: Don Andrés Brugal Montaner. Don, originally from Spain, decided to migrate to Cuba before settling in Puerto Plata – the birthplace of his iconic rum company. In 1888, Don founded Brugal with his sons, and the empire has remained in the Brugal family’s possession ever since.

Many of the production techniques created and used by Don and his sons are still in use today, making Brugal truly unique. Brugal strives to capture the warm atmosphere of the Dominican Republic in each bottle. To accomplish this, Don, as well as the past 134 years of Maestros, have cultivated sugarcane native to the Dominican Republic. Using 100% sugarcane, a series of local ingredients are added to give the rum a complexity that perfectly represents all the natural elements of the Dominican Republic. The final, and perhaps most crucial, aspect of Brugal rum’s production, is how it is aged in American Oak casks.

Each cask is hand-picked by the Maestro overseeing production, and is its own art form, itself. It is this process that distinguishes Brugal from other rum distillers. Jassil Villanueva Quintana, one of the brand’s current Maestros, stated “This limited-edition bottling is a journey that started over a century ago. Andrés Brugal combines a special single cask family reserve and a signature double ageing technique to tell a story of my family’s legacy of rum making, as well as my own as Maestra Ronera.” 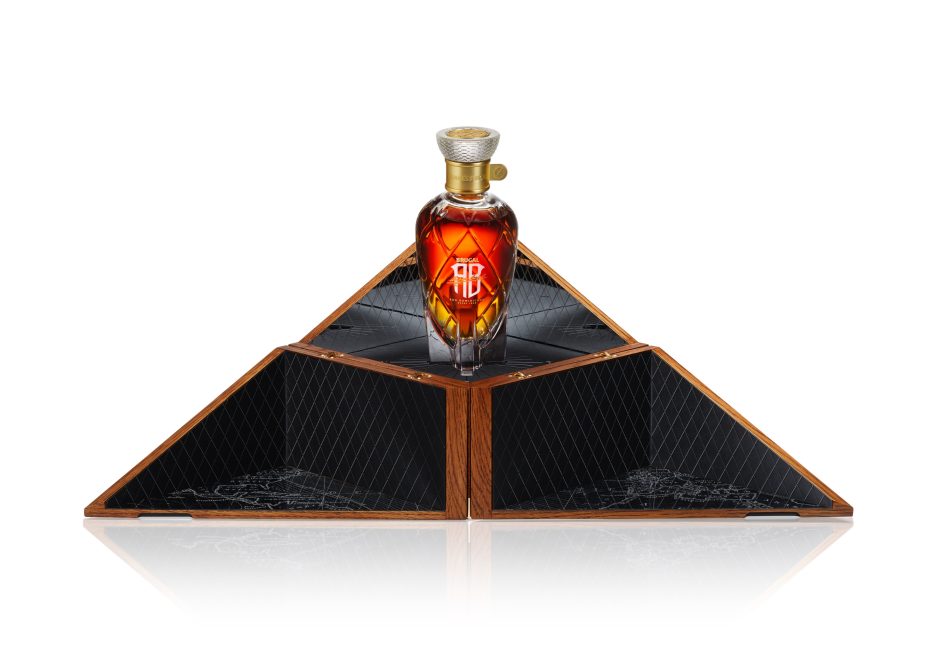 In 2011, Jassil Villanueva Quintana became the youngest rum master in the world, which was recognised by the World Record Academy in 2015. In addition to becoming Maestra at only 24, Quintana is also the brand’s first female rum master.

As Maestra, Quintana is responsible for overseeing all levels of rum production, including the distilling of sugarcane, hand-picking each cask in which the rum will age, as well as harmonising the final blend. While Quintana’s priority is to maintain the very principles of her ancestor Don Andrés Brugal by paying tribute to her home of Puerto Plata, she has incorporated contemporary elements in order to modernise the brand, allowing it to maintain its place as a leading rum brand for the past 134 years. Alongside Quintana, Miguel Ripoll and Gustavo Ortega Zeller also serve as Maestros. 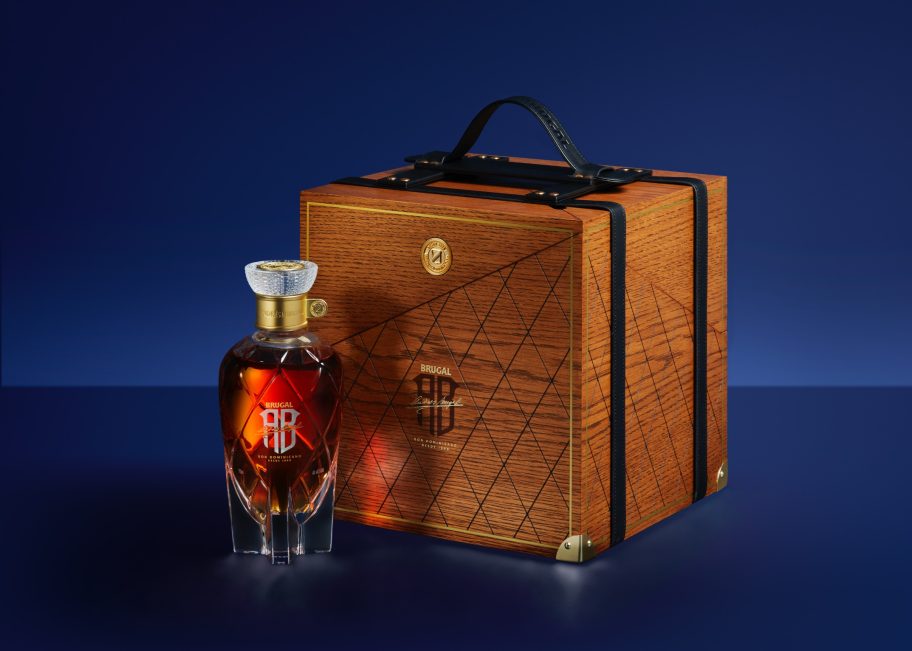 The beauty of Puerto Plata as well as the rich history of the Brugal brand is encapsulated in the newest line–Andrés Brugal–from the flavour to its stunning packaging. This is a rum best enjoyed neat to really enjoy the flavours.

Within a single bottle of Andrés Brugal is an amalgamation of flavours. We were taken through an immersive tasting with UK Brand Ambassador Jamie Campbell, matched with music from The Dominican Republic and carefully paired dishes.

Coming in at 41.5% ABV, there are notes of earthy coffee beans, fresh cacao, elements of sweet dulce de leche fudge, buttery Dominican rum cake, subtle vanilla bean, caramel flan, ripe berries, a hint of black peppercorns and organic cloves. Each element of this full-bodied rum is harmonised by its hints of warm oak–originating from the cask in which it is aged. With this spectacular combination of flavours, a single sip of Andrés Brugal rum will transport you to its very birthplace. If you want to experience the rum like Don, find some quality coconut water and enjoy it between sips. 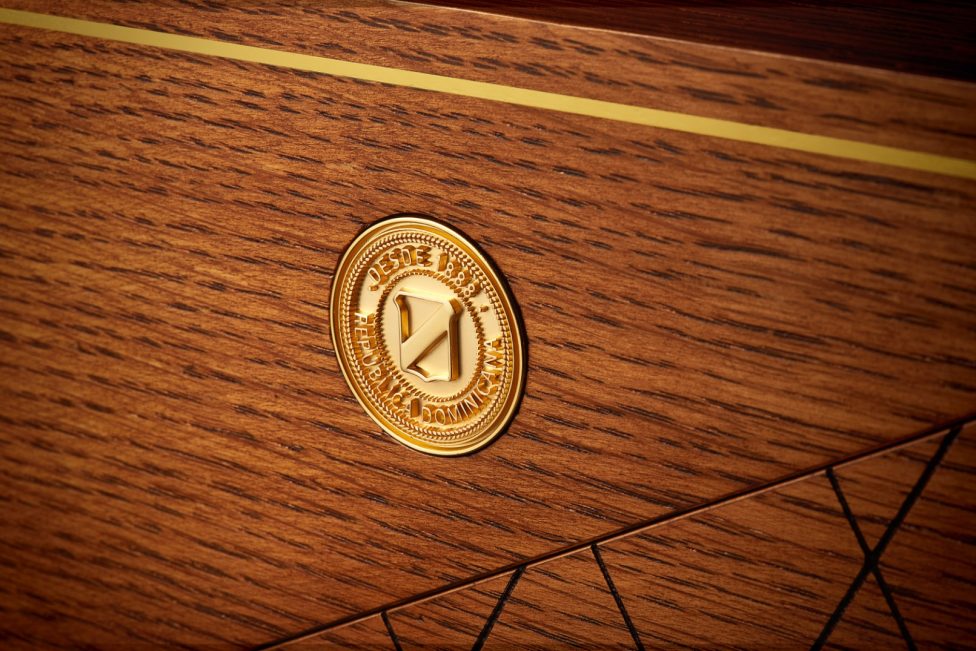 What about the packaging?

The packaging–sometimes an overlooked element–plays a crucial role in representing the principles of Brugal. The very design of the hand-blown decanter is inspired by the travelling cases used by the first sets of Maestros. In the early stages of Brugal, Maestros would travel to promote their exclusive rum and these cases were designed to allow them to safely transport the treasured liquid when traveling the world. Therefore, these cases pay homage not only to the company’s origins, but also the ways in which it was shared.
⁣
This extraordinary and rare rum is presented in an exquisite hand-blown crystal decanter, with a unique compass-shaped base paying homage to the journeys of five generations of Maestros Roneros. ​⁣Both the case and bottle contain a diamond etching, reflecting the netting that was historically wrapped around precious cargo. Here is a perfect example of the ways in which Brugal has withstood the test of time while maintaining its original principles. With a clear link to the brand’s history, the design element conveys its origins as well as its modernity. 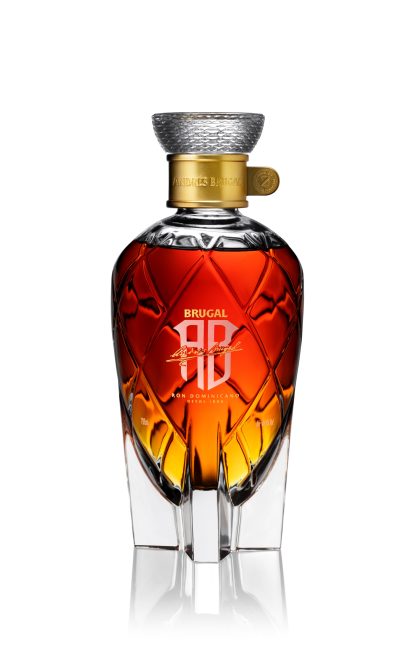 Brugal’s newest expression–Andrés Brugal–is nothing short of brilliant, encapsulating the raw materials of the Dominican Republic as well as the rich history of the Brugal family business. These 30 bottles are reflections of Puerto Plata as well as 134 years of dedication from Don Andrés Brugal and his descendants. With the help of Jassil Villanueva Quintana and the entire Brugal team, a bridge has been made from the Dominican Republic to the UK – a phenomenon that could be yours to enjoy.

All imagery courtesy of Brugal.