First night: Back to the Future – The Musical

Strap yourself in and enjoy the ride that is Back to the Future – The Musical.  After a short stint at the Manchester Opera House, the musical adaptation of this much beloved film is brought to life at London’s Adelphi Theatre, which has just completed a two-year project to entirely revamp the 350-year-old building. The all-immersive set catapults your senses with neon staging and sounds so effective, one almost feels that you yourself are travelling on a rollercoaster through time as the opening music begins. 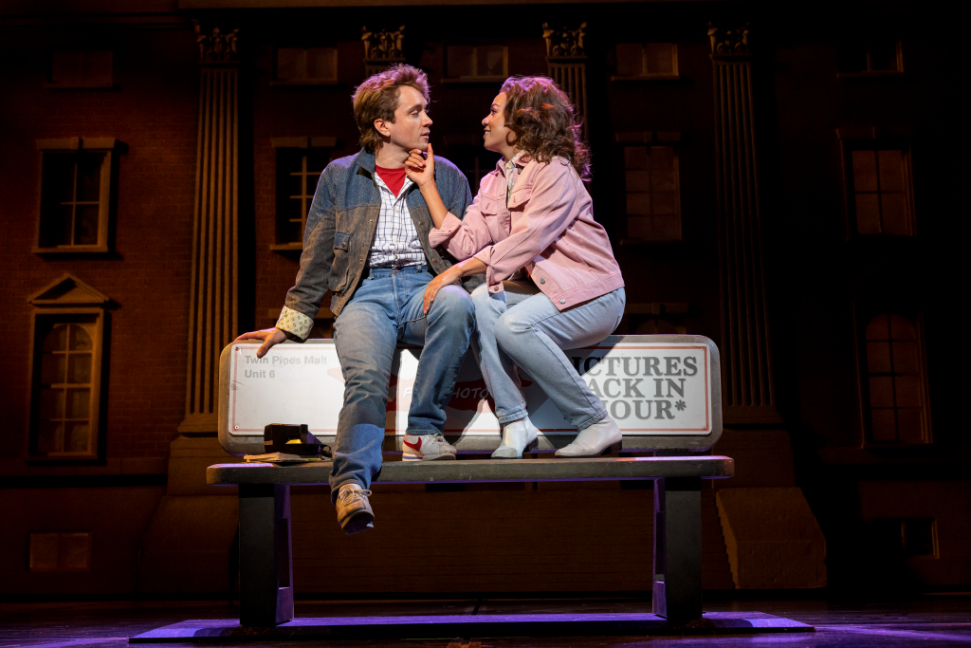 Olly Dobson enters the stage as Marty McFly – his likeable appearance, mannerisms and voice are so uncanny to that of Michael J Fox, that the sensation is almost eerie. The downtrodden protagonist is joined by his ever-supportive girlfriend Jennifer, played by Courtney-Mae Briggs – together they sing one of the strongest ballads of the show ‘Wherever we’re going’.  Brigg’s silky yet powerful voice is by far one of the richest and most impressive on stage – a talent to keep an eye on. 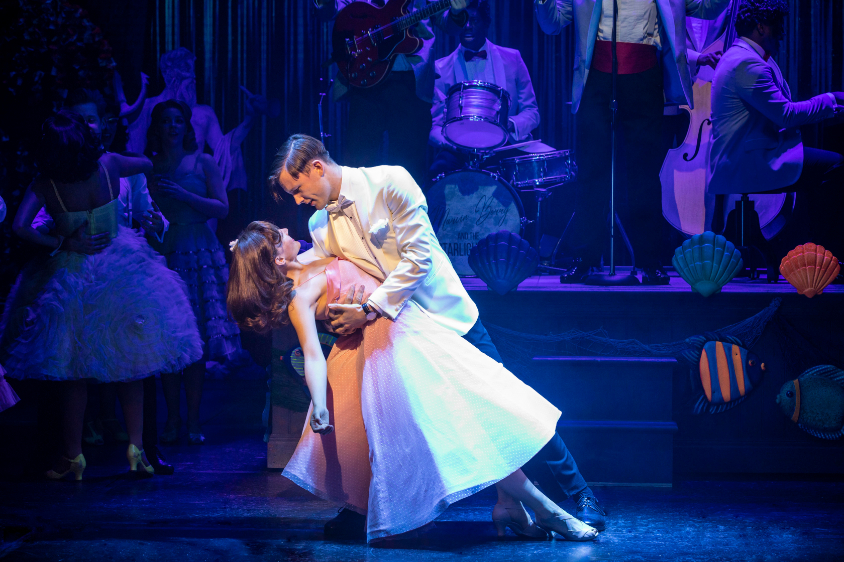 The strong character acting continues with Rosanna Hyland as Marty’s drunken mother Lorraine and the brilliant performance of Hugh Coles as the boneless George McFly.  Diehard fans of the film will no doubt relish in the accuracy of these performances, however one starts to question if they are watching a pastiche or homage to the onscreen version as the actors mirror the classic so perfectly. 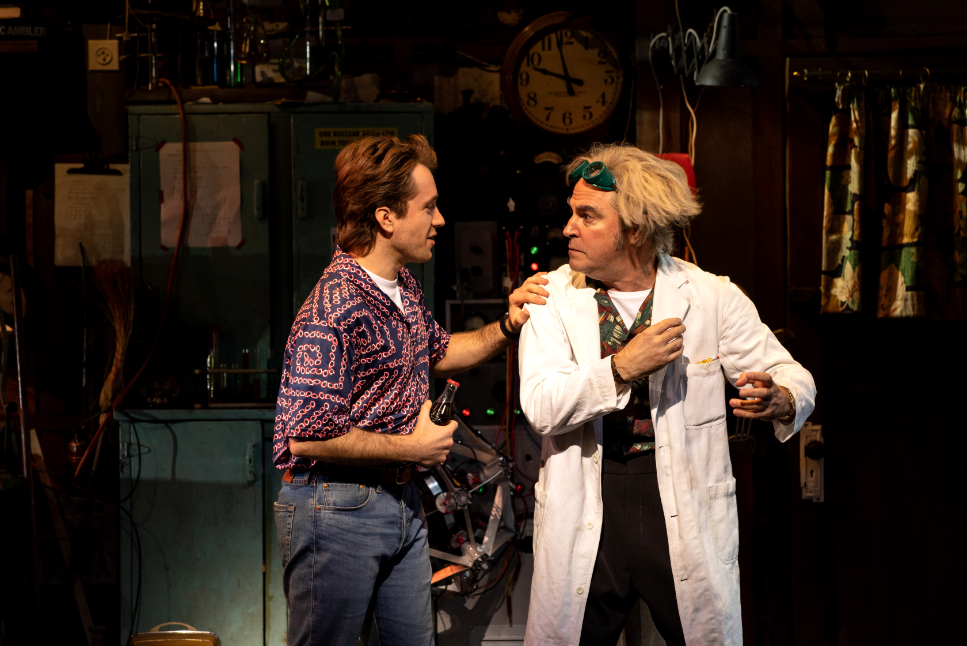 Great Scott – thank goodness for the playful, wry, and energetic performance of Roger Bart as Doc Brown! Bart brings his own witty and enigmatic slant on the doctor – he commands the stage with impeccable comedic timing that leaves the audience in raucous laughter throughout the show.  Doc Brown brings the fun into Back to the Future, with stellar performances such as ‘21STCentury’ but he also brings a sensitivity unlike that of Christopher Lloyd with his moving ballad ‘For the Dreamers’ which is genuinely touching. His relationship with Marty also goes deeper than on screen, their affection for one another is heartfelt. 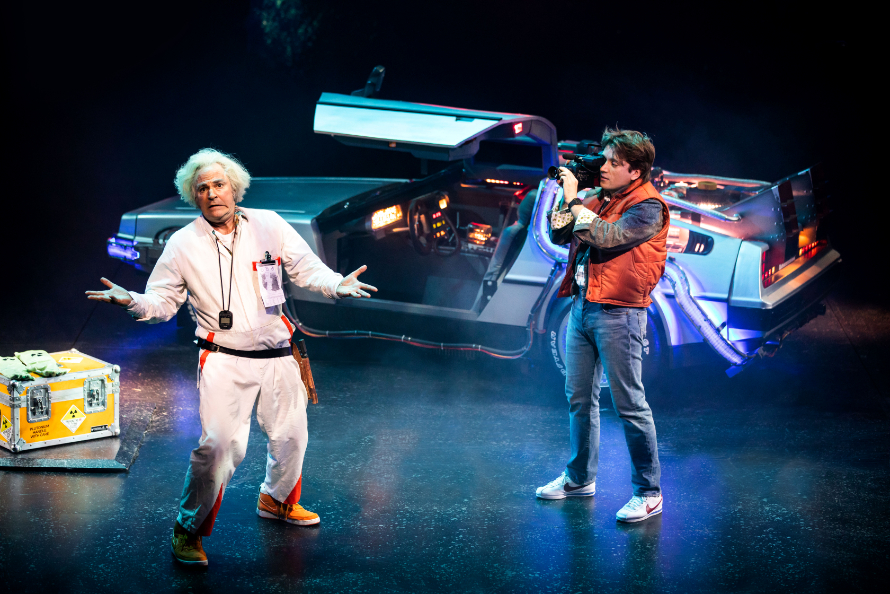 The biggest question on everyone’s lips was always going to be the matter of how they were going to bring to life the DeLorean?  Never have I been to theatre where the staging is so outstanding.  Without spoiling the fun, the DeLorean has been updated into the 21st century – the whole theatre acts as an impressive, illuminated backdrop that through the help of video projections takes one on a true journey through space and time, I could almost feel my seat vibrating as we travelled Back to the Future – a real feat of engineering and imagination – huge congratulations to Finn Ross and Tim Lutkins on this achievement. 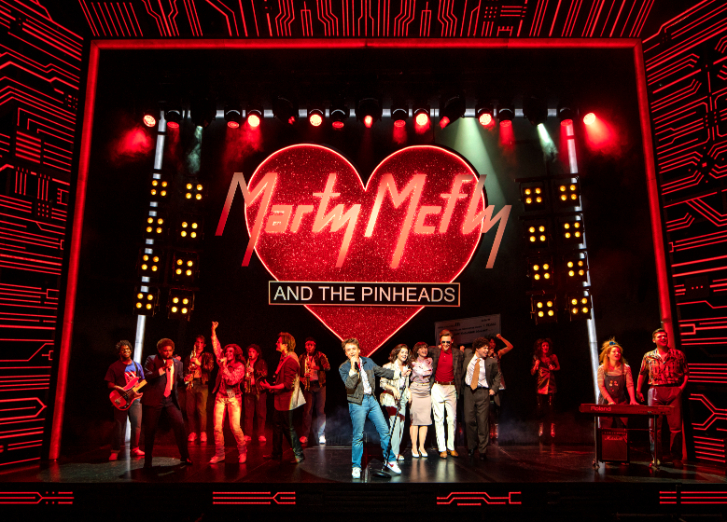 Undoubtedly this musical is playful and fun, it tickles the audience.  The hair, makeup and costumes transport you effectively to both the 1950s and 1980s – there is a warm feeling of times gone by.  Musically at times the songs feel a little like fillers – everyone in the theatre patiently waits for the liveliness of the hits that are ‘Jonny B, Goode’ and ‘The Power of Love’ but by this stage we are all pumped up with merriment after two hours of reminiscence and playfulness that as an audience we collectively stand up to dance with joy. 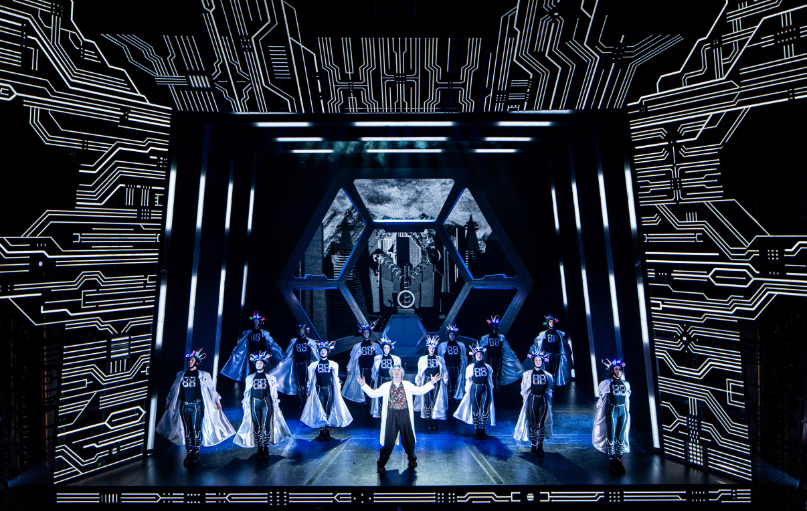 If you’re a lover of the film you’ll undoubtedly be thrilled by the authenticity and attention to detail of the costumes, the staging, the script, and the acting to the original – you will leave with the glow of nostalgia.  If, however you’re looking for a high energy, visually spectacular and musical night out you wont be left disappointed either.

A post shared by Back To The Future: Musical (@bttfmusical)