Gaucho Charlotte Street is the first in the Gaucho group to serve exclusively carbon-neutral beef, and showcases Gaucho’s recent evolution in menus and design, inspired by modern Argentina and all its global influences.

Gaucho Charlotte Street embodies Gaucho CEO Martin Williams’ vision for the way restaurants should operate responsibly. In autumn 2021, Williams launched the Sustainable Steak Movement to accelerate the transition towards more planet friendly beef production. The restaurant also offers a carbon-neutral wine offering, zero-food to landfill and green energy policy, as well as working with farming partners to go further than just offsetting carbon emissions from production but reduce its carbon footprint at source. Gaucho also partners with charity Not For Sale – which creates long-term, sustainable, scalable solutions to break the cycle of modern day slavery – on their reforestation projects in the Amazon which in turn offsets carbon emissions. 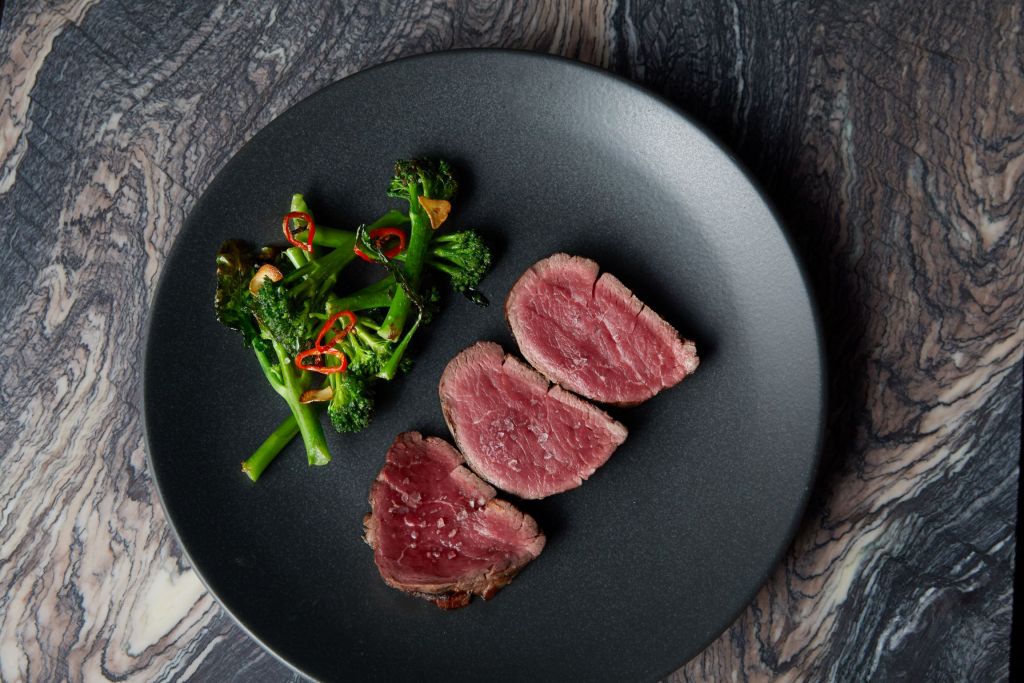 As we emerge blinking from the last two years, it does feel like we’ve been on some sort of collective journey. So it felt apt to step through the doors of Gaucho Charlotte Street into what feels like some sort of art deco train carriage. Deceptively smaller than I was expecting upstairs, my post pandemic jitters were calmed as we descended the staircase from the bar into the welcoming, open space below. It turns out that this is a converted cinema, which explains the nod to the golden age of Hollywood in the décor and monthly film nights where the drinks and food are paired with the action on screen (I hope they won’t be showing ‘Withnail and I’ any time soon or their customers won’t be able to get back up the stairs).

The a la carte menu, overseen by Culinary Director Mike Reid, has an unrivalled selection of 100% carbon-neutral steaks from Black Angus cattle, bred in Argentina, grazing on 17 different types of grass from the Pampas provinces. Seduced by the tasteful opulence of my surroundings ,I selected a Penicillin cocktail, which advertises itself as a palate cleanser. It sounded a little ambitious considering it’s mixed with two whiskies, a bourbon and a tequila, but who was I to argue when it was presented so beautifully (and simply) and slipped down so well. 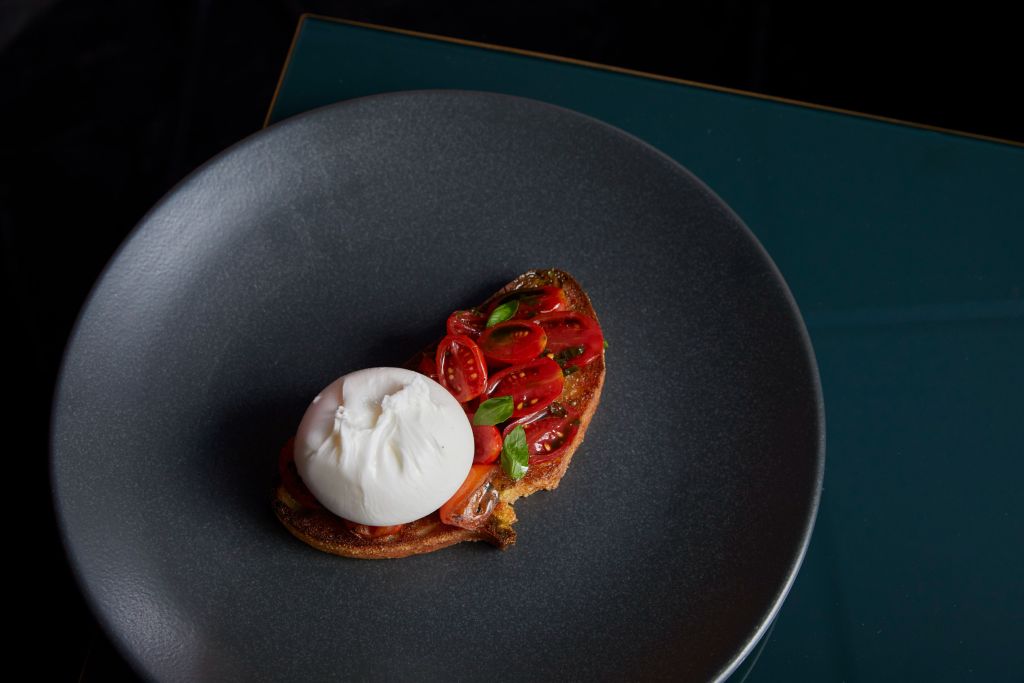 Palate suitably cleansed, I dived into my Burrata starter. It can often feel like something of a throwaway dish, but this was a meal in itself, with a healthy dollop of mozzarella that somehow managed to be both light and rich, and truffle aged balsamic working wonders with the sourdough toast.

You come to Gaucho Charlotte Street for the steak (and they clearly intend you to keep coming many years into the future with their forward thinking sustainable steak commitment), and since I was lucky enough to have settled down to dinner with someone equally carnivorous as myself, I was going to try two. 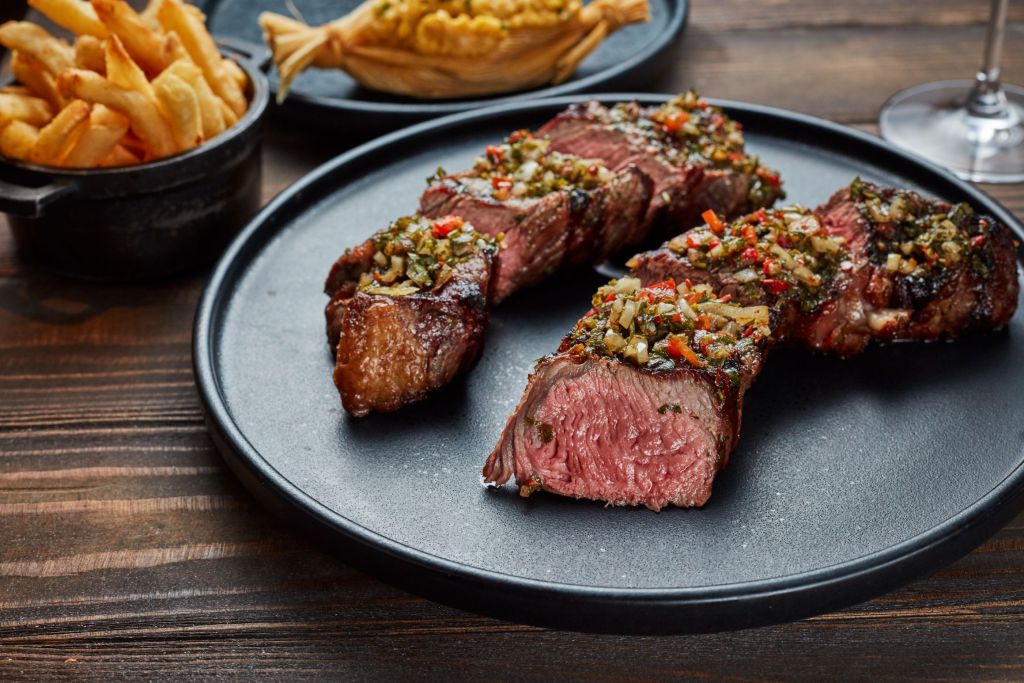 I started with a 225g Lomo fillet. A fillet, like mashed potatoes, is basically comfort food to me, albeit somewhat more expensive. I want my knife to slide through it like butter and my brain to be confused that meat is taking so little effort to consume. This one ticked all my boxes. It isn’t often I rage about green beans, which I’d selected as my side and were such a pleasant surprise. They were chunkier than I’d been expecting and all the better for it, peppered with wafer thin rings of shallots. Oh, and don’t worry about the chips, they’re great. I worry when I see “thyme salt” that it’ll taste like the chef’s gone overboard with his mother’s pot of mixed herbs, but this was very subtle and underplayed.

Halfway through I switched to the Tira de Ancho steak (which felt like it had been freshly lifted off an Argentinian BBQ) and sampled their “fiery” chimichurri sauce. Throughout our main course I was grateful that I’d listened to the advice from our attentive Venezuelan sommelier Marina to pair the meal with a glass of Vina Patricia 2015 Malbec from Gaucho’s own vineyard. It had a lightness that one doesn’t come to expect from a Malbec but was robust enough to withstand the sauce that I’d spread a little too liberally on my steaks. 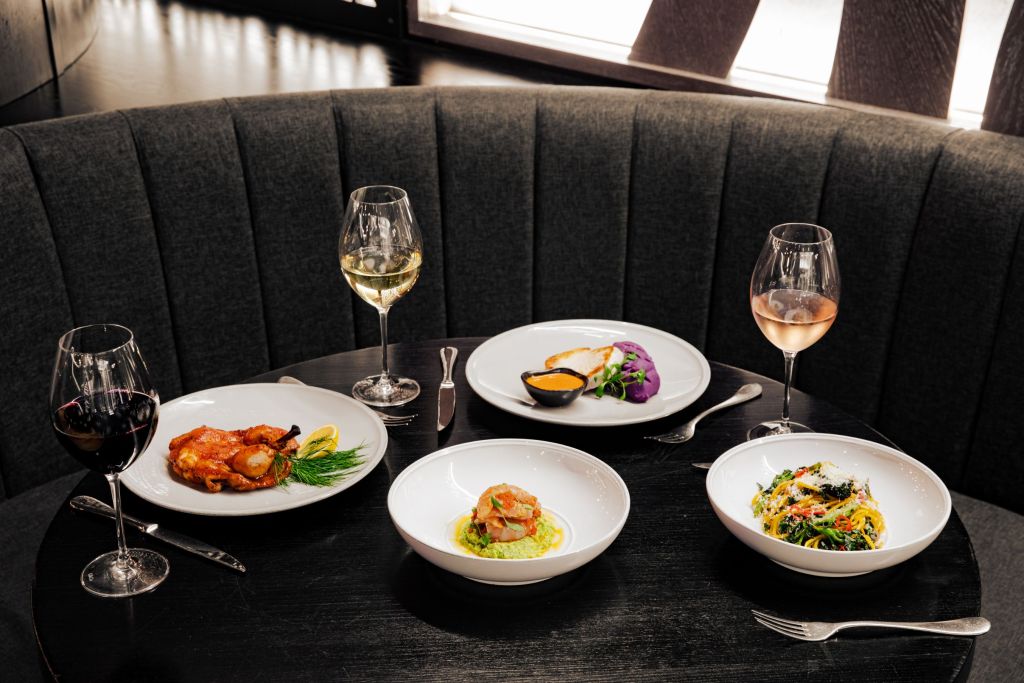 And now we reach my great regret. I’m not sure what was my undoing – stealing my partner’s cheesy bread, diving into their steak, sampling too much of that sauce… Whatever it was, as we approached our finale I realised I didn’t have room for dessert. A genuine regret, as there were a couple on there that had caught my interest and I can’t remember what they were because the Penicillin cocktail had kicked in long before and my professionalism was completely unravelling. Never mind, I’ll have to board the Gaucho train to Charlotte Street for another visit soon. Who knows, maybe I’ll make it a trilogy.