Meat lovers rejoice! Esentzia Sagardi is a six course tasting menu that is a collaboration between Gregorio Tolosa of Pamplona’s Bidea2, one of Spain’s best regarded restaurants and Mikel Lopez de Vinaspre, Head Chef of Sagardi Group. This incredible new menu showcases some brilliant cuts of meat from Spain’s premiere meat suppliers Discarlux Meats from 9-30 November 2021 at lunch and dinner.

Winter is full of cold days and nights, but Sagardi London are bringing an end to November blues with a six-course menu show casing the very best of what Basque flavours can do to amplify the taste of any food. Heritage is at the forefront of the Sagardi’s cooking ideologies and cooking with fire is a mastered skill that connects the food they cook back to their ancestral roots. Based in Shoreditch, Sagardi brings warmth and light to the streets. The fires inside will transport you to a place of romanticised landscapes of northern Spain. 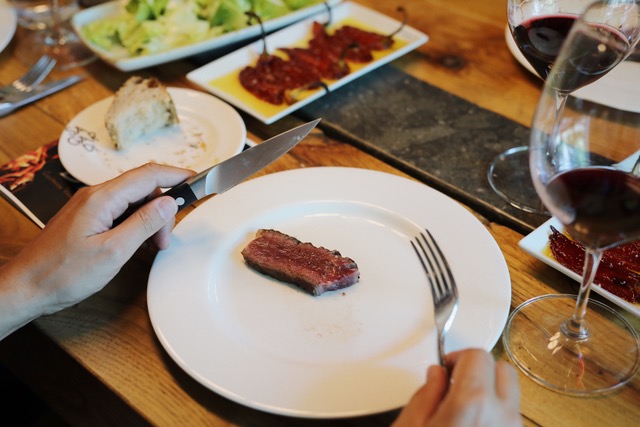 Throughout this Esentzia Sagard tasting menu, the cow is king with an inferno of flavours throughout. Each cut of beef takes centre stage of the plate and is carefully selected by Discarlux who provide well-sourced, authentic and sincere produce cooked over a charcoal fire with care, passion and sensitivity.⁣ The menu features Galician beef, over ten years old and carefully matured for 30 days in a dry ager chamber. To transform the texture of this ingredient and carry diners to a whole new world of flavour, Sagardi uses a specially designed grill rooted in Basque tradition. The grill is lit with Argentinian quebracho charcoal, which offers a high calorific value and a mild aroma to respect the authenticity of the product.

The Basque Country is often described as the culinary capital of Spain. Believed by many Brits and Americans, it’s thought that the best tasting beef comes from young’s cows however, the Basque country has celebrated its cows and cares for them much longer than other countries. Letting their cows age to around 18 year and their years of free-range grazing on nutritious Spanish grass is a reason we can thank the people of Basque for its beef. 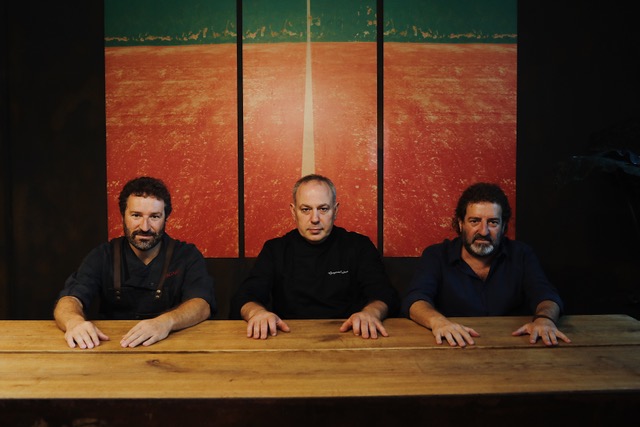 The overall adventure and passion that both Mikel and Gregorio hold for fire and ingredients is apparent in each of the dishes featured on the menu. Diners will start off with a Beef tongue sandwich to entice the diners’ appetite. Followed by a Matured beef carpaccio with Palamós shrimp and its Esentzia, tartar sauce and Almadraba caught Barbate tuna heart. Beef sweetbreads follow as the main with wild Beltza mushrooms, and a Txuleton with seasonal piquillo peppers. It might seem hard to end such an impressive menu, but Tolosa and Lopez have succeeded with a tantalising and mouth-watering dessert. A vanilla caramel roasted pineapple cooked over fire (of course), following Pierre Hermé’s recipe.

The Esentzia Sagardi menu is available for lunch and dinner until 30 November 2021 at £85 per person.