A night of Guilty Pleasures at Six by Nico, a concept which was devised by Glaswegian chef/entrepreneur Nico Simeone, has swept across the nation with iterations in Nico’s hometown of Glasgow, Belfast, Liverpool, Manchester and London. On offer is a dining by numbers style fixed-price six-course tasting menu changing in inspiration and content every six weeks; inspired by places, memories and ideas. We know what you’re thinking (six courses, £6 each, and a menu that rotates every six weeks), seems too good to be true right? Wrong. Six by Nico is a concept restaurant that actually delivers. This is a revolving tasting menu which is fun, gimmicky by design, and gentle on the old purse-strings at £37 a head for six courses. 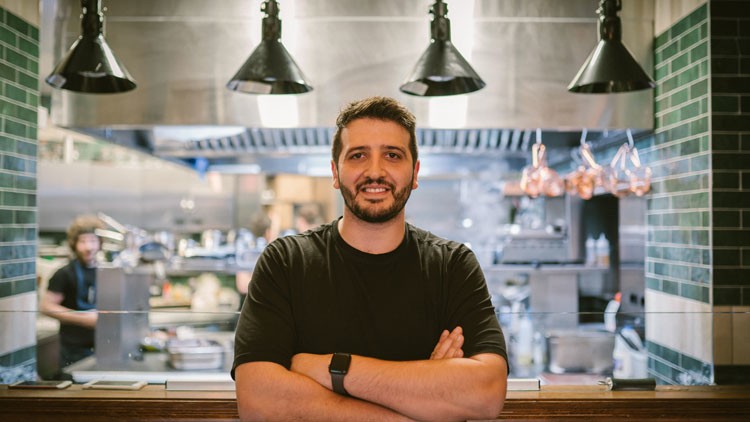 Nico said, “Affordable fine dining is an idea I battled with upon arriving at the second London site to open in the midst of a pandemic Canary Wharf.” An oxymoron sure, however, chef Nico has re-appropriated the term into a concept restaurant which not only works, it is slick and brilliantly executed. Previous themes have included Thai street food, childhood, Catalonia and on the night we dined, guilty pleasures.  A menu that can encompass spag bol, a kebab and fried chicken at £37 a-head (matching wines £33) with finesse well, this was going to be an exciting epicurean adventure, and we were gripped. 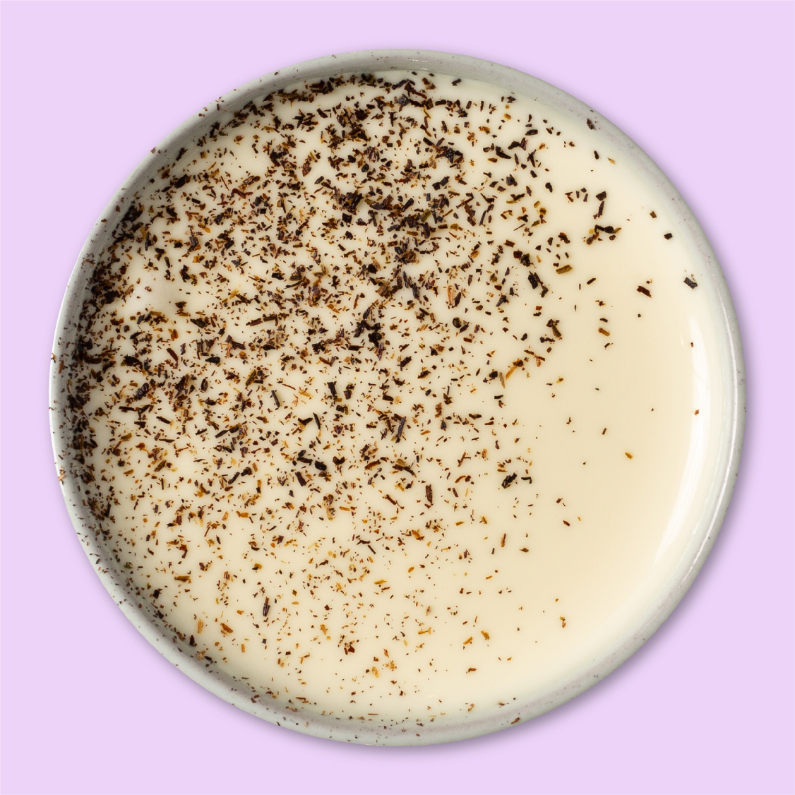 To start the guilty pleasures experience, spaghetti Bolognese but not as I remember, which true to the menu is a guilty pleasure shared amongst many; however, people feel very strongly about what is basically, a meat sauce of no more particular merit than, say, chilli or a shepherd’s pie. There are perhaps many incarnations of the famous dish and as octopus & pork bolognaise, fregola sarda and aged pecorino foam arrived at our table, it definitely smelt like a bolo, and it definitely tasted like one too. 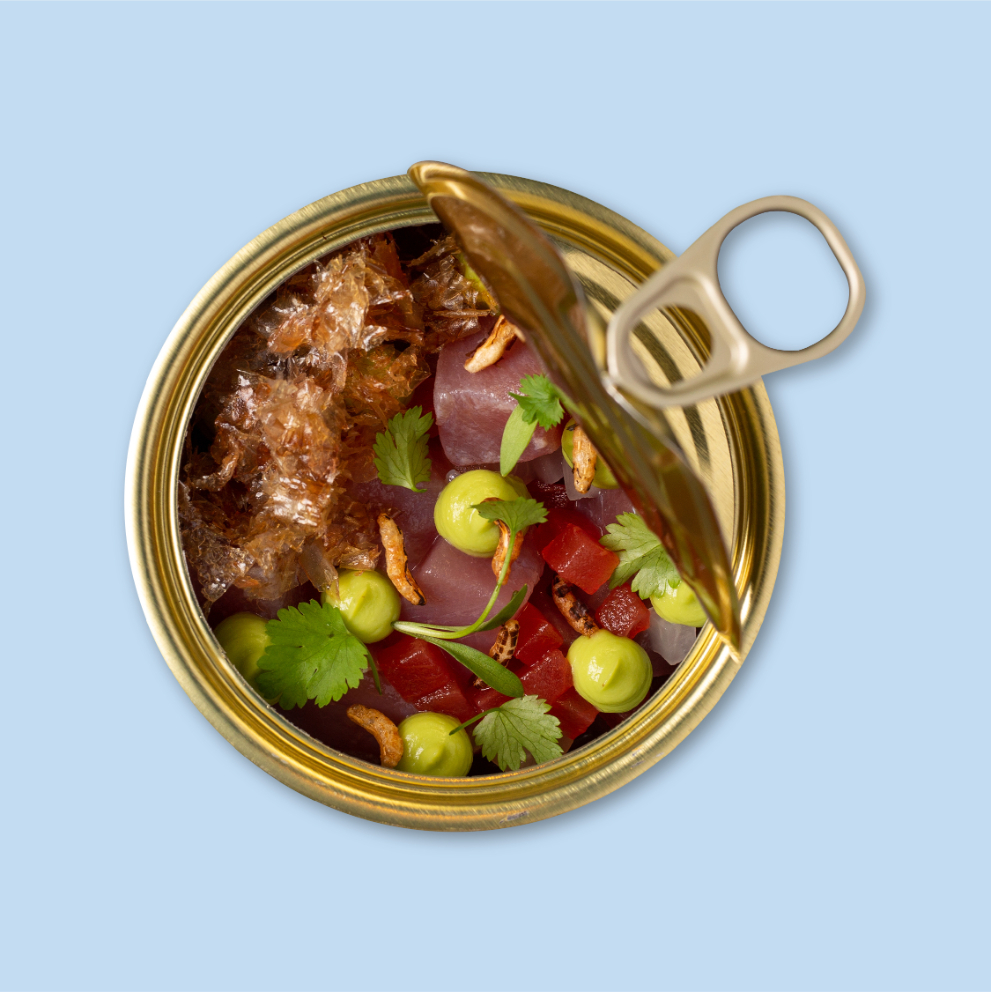 Moving onto “Straight from the Can”, tuna ceviche, pickled watermelon, Tokyo turnip, bonito, dashi jelly and avocado puree – was a playful take on tinned tuna, which was fresh and exciting on the palette and visually pleasing too; wonderfully paired with a glass of chardonnay. The simply described “lamb kebab” was a pleasant surprise, spiced belly of suckling lamb, pickled white cabbage, rose harissa and cucumber chutney delivered much more than any donner could ever deliver. What it lacked in grease and regret, (thankfully) it made up for in style and flavour – a beautiful somewhat sexy Levantine twist on a guilty favourite for many. The dish paired exceptionally well with a glass of El Senyal Negre, luscious red fruit on the palette, where bright cherry and blackcurrant mingled well with integrated tannins. 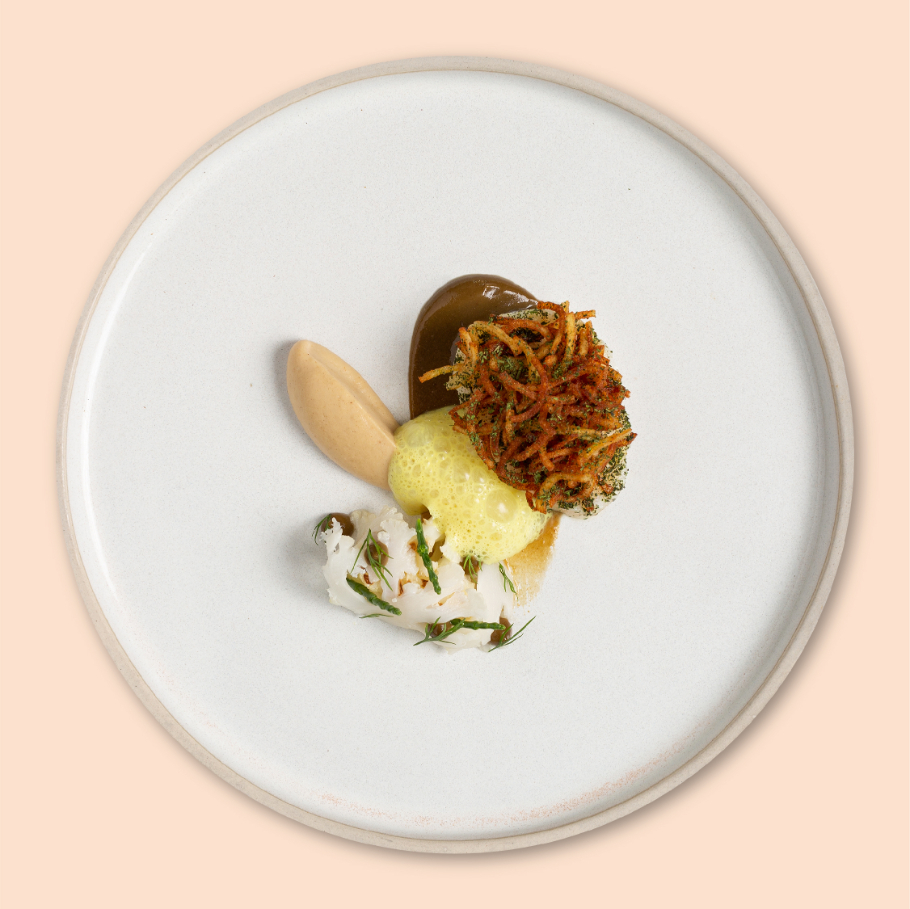 Over the half-way mark now, we took a gastronomic tour of the English coastline and firm Friday favourite – “Fish Supper”; Scrabster cod that is flaky and juicy, caramelised cauliflower that was nutty and a curry sauce which created a warming feeling of hygge that could be felt from head to toe delicately paired with a white rioja which offered acidity and a crisp finish cutting through the richness of the sauce perfectly. This dish could only have been better with the addition of scraps. 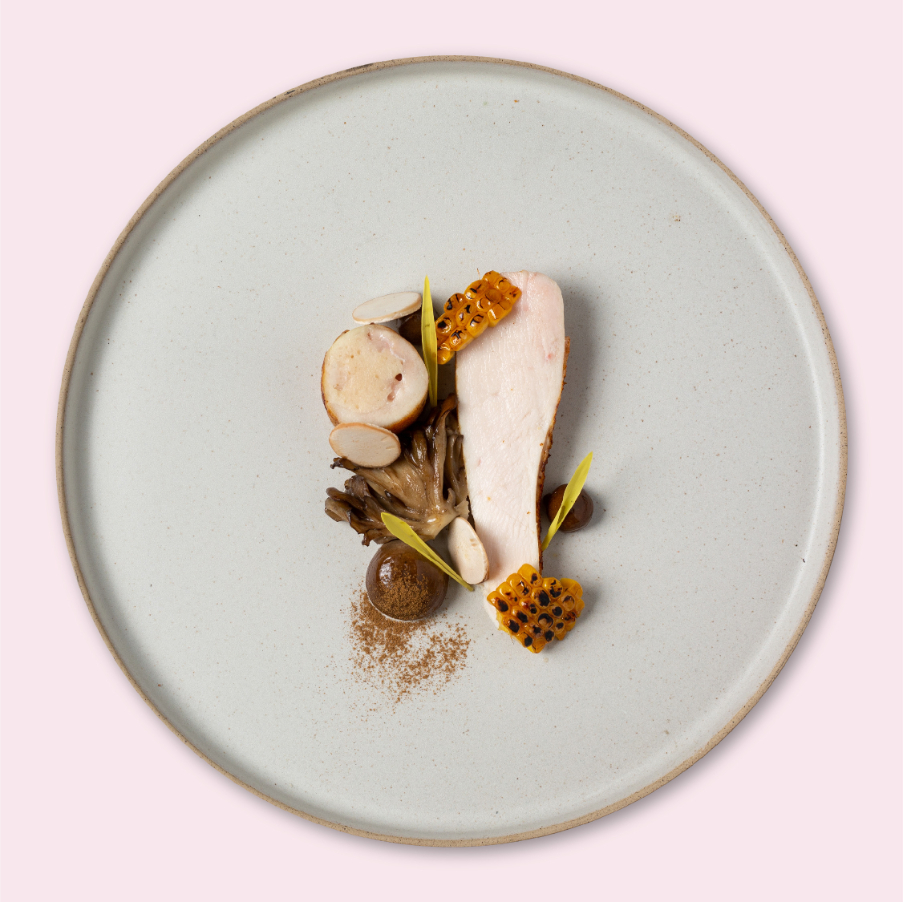 The dishes continued to arrive at neighbouring tables and ooohs and ahhhs could be heard across the room as dish five arrived – Nico Fried Chicken. NFC crumb, leg roulade, barbeque corn, hen of the woods and black garlic emulsion made for a finger lickingly good fried chicken; paired with a biodynamic South African red which was a beautiful choice, layers of fresh dark berry fruits, plum, liquorice and subtle spice. To finish, we ended with “Nutella & Waffle”, and having lived in Belgium and consumed my fair share of the bubble wrap beige beauties, it is a big chef hats off to Nico whose praline crémeux was silky and divine and his waffle servings, thankfully smaller than that from the mainland.

Deceptively simple and faultless in its execution, Six By Nico is fun, bold and exciting, delivering tasty food with all the bells and none of the gimmicks. Guests who visit Six by Nico Canary Wharf, from Tuesday 2nd November to Sunday 12th December, can expect to enjoy a very unique slice of American pie as your palettes will be transported to “New York, New York.”

Imagery courtesy of Six by Nico.

A post shared by Six by Nico Canary Wharf (@sixbynicocanarywharf)