In less than 20 years Hakkasan has taken its seat among the global aristocracy of restaurants. With 11 restaurants in foodie hotspots from Miami to Shanghai and a clientele to match the Hakkasan brand remains as relevant today as when it first opened its doors back in 2001. The Mayfair outpost that I visited was not the first – that honour belongs to the Hakkasan Hanway Place in Fitzrovia – but is arguably the most renowned. It certainly drew nods of approval from my hashtag generation colleagues.

The entrance is understated and if it had not been for the designer clad security staff (calling them bouncers doesn’t do them justice) I would have walked right past it.

The street level cocktail bar could be in any hotel reception in the world. Long low set tables and an even longer bar offset by soft brown panelling and brushstrokes of yellow and orange for good measure. The mood was subdued … as if everyone is waiting for a table. Which as it later transpired, they were. However, the Rhubarb Margarita (Don Julio Reposado tequila, Velvet Falernum, vanilla, rhubarb, lime and vanilla chilli rim) was a great start to the evening. I’d never knowingly tried a drink with the spiced citrus syrup that is Velvet Falernum before, but I was sold. 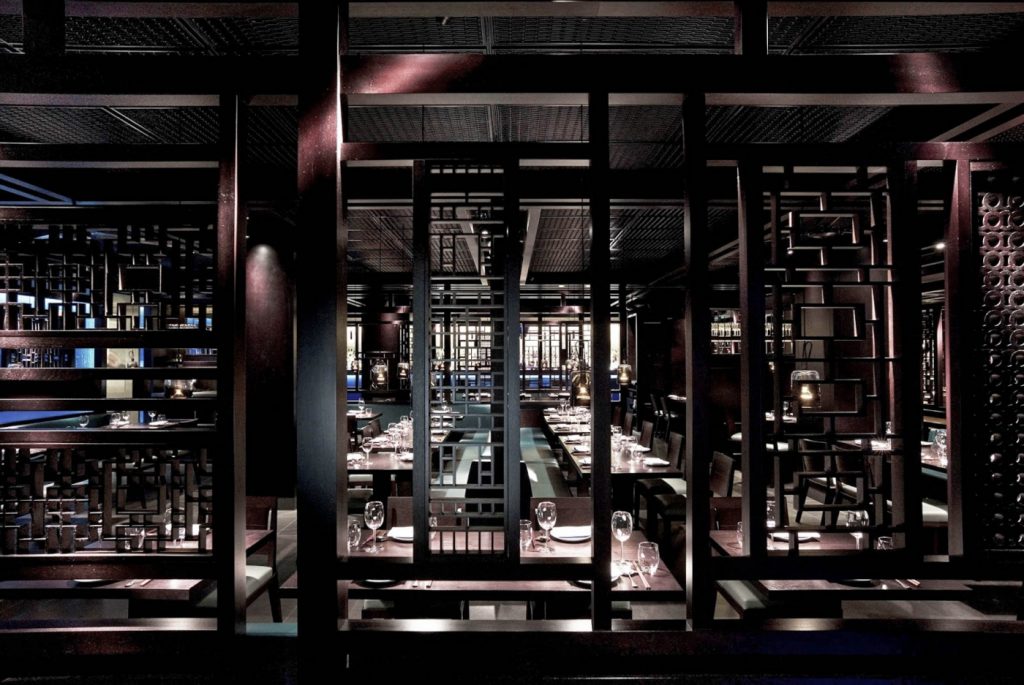 Having revealed my provincialism by assuming that the bar was the restaurant, I doubled down in mistaking the basement level restaurant for a nightclub. Think of an opium den as re-imagined by Baz Luhrmann and you get the picture. There might be other colours amongst the furnishing and Asian style wooden frames, however the palette is overwhelmingly black – albeit with double helpings of sexy moodiness and low light styling.

The service is impeccable and having handed over our trust to our waiter and sommelier, they duly repaid our faith with some outstanding plates and glasses. Having recently forsaken red meat, I feared that I might receive a second-tier experience. I needn’t have worried. Golden fried soft-shell crab with a hint of chilli was divine. As was the steamed dim sum of which the king crab dumpling was a winner with the langoustine, cuttlefish and wild mushroom versions, all equal seconds. 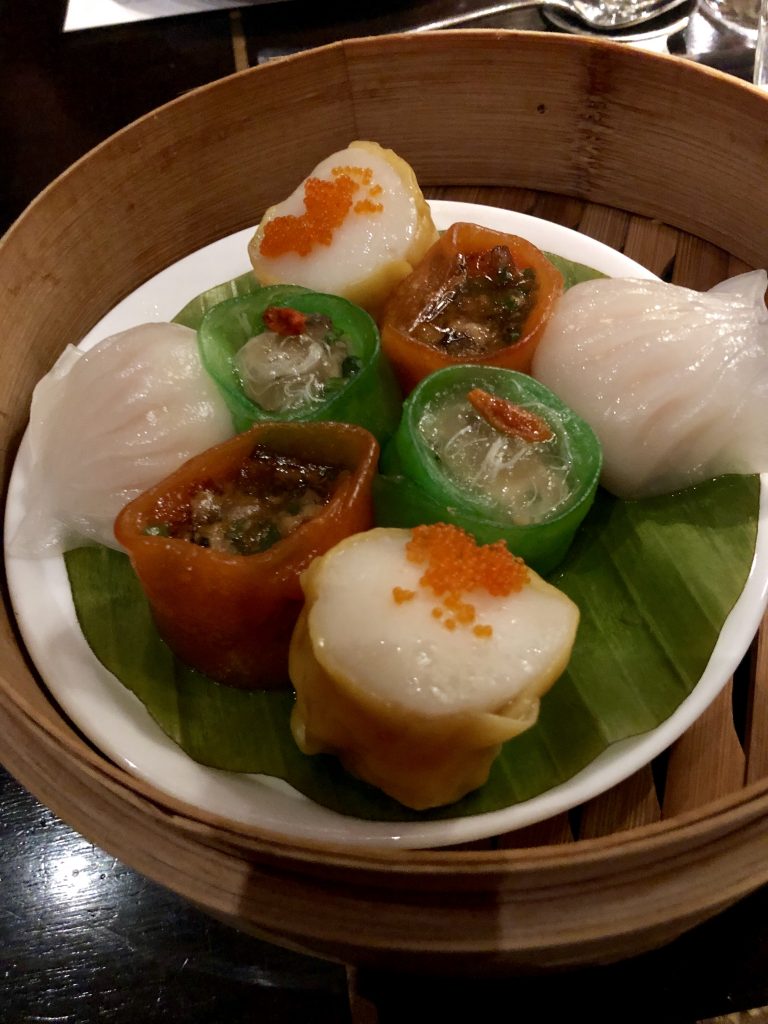 A wok seared spotted bass in ginger soya melted in the mouth and while I’m not sure what they did to the lobster, it was superb. The wine pairings of a Sonoma Valley Chardonnay and a Meursault 1er Cru burgundy, were perfect matches to the plates. 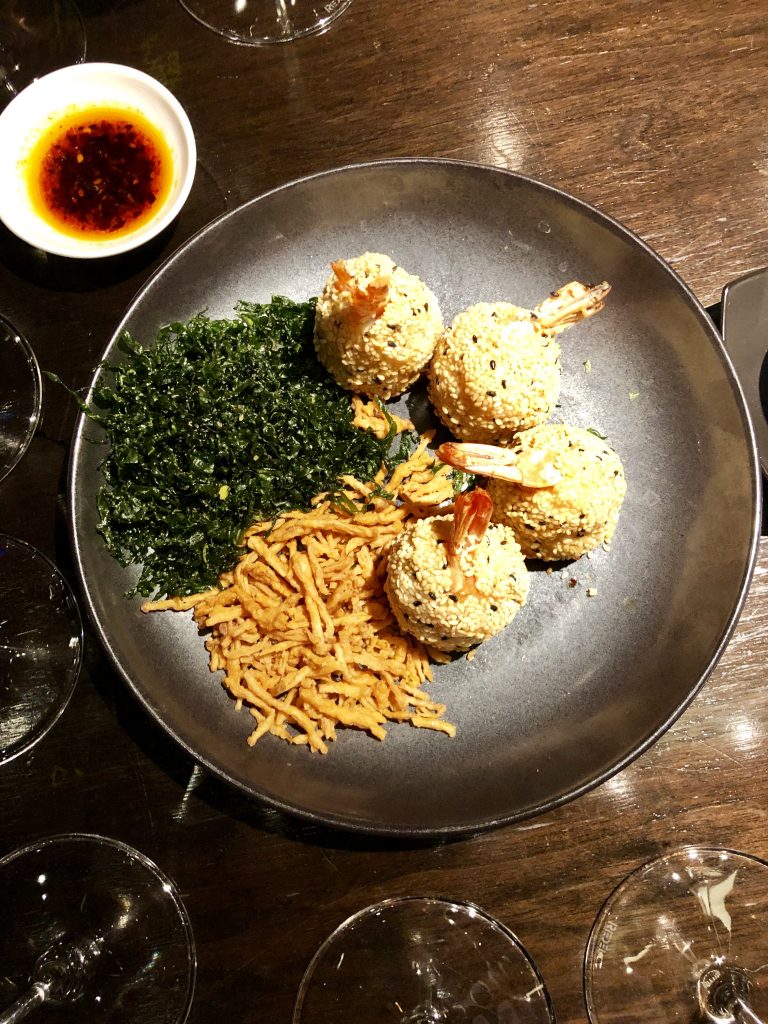 The clientele is a mix of Trip Advisor led tourists, albeit the wealthier set, hedge fund managers and West End girls. Despite the nightclub style setting, the ambience was more low-level chatter than champagne charged festive. I don’t suspect that Hakkasan is a first, or even a third date choice. More like an anniversary treat than a romantic hotspot.

There are many restaurants that fall a little short, failing to live up the hype. This is not one of those places. It took me 19 years to visit my first Hakkasan restaurant. It will be closer to 19 days before I try my next one.