An Indian feast for every season at Ritu London

Nestled in the leafy streets of St John’s Wood, Ritu London stands out as a hidden gem in the area, a stylish pick for an Indian feast in London any night of the week. The independent restaurant with esteemed neighbours including Plu Restaurant, serves up cuisine inspired by the six seasons of India – with the two additional seasons being monsoon and prevernal – as well as an immersive experience for both lovers of and newcomers to the nation’s food. 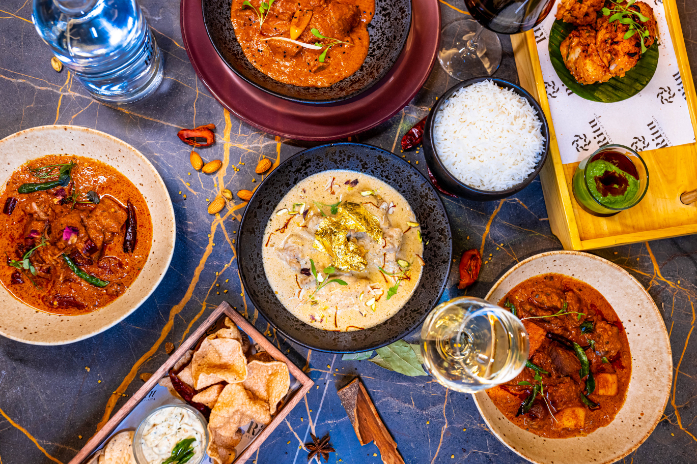 Featuring an extensive vegan selection too, Ritu caters for a variety of dietary wants and needs. But don’t expect Chicken Tikka Masala on the menu. The restaurant promises authentic yet unique meals with a modern twist: “Most of the dishes on the menu are relatively new to the Indian food scene,” comments Navin Prasad, culinary director of Ritu London.

Owner and brainchild of the restaurant Anubhav Srivastava greeted the two of us, offering a table on Ritu’s outdoor terrace or inside amongst the leafy and light interior. Opting for inside, we were then welcomed with sparkling rosé and I settled into my surroundings with an Asian beer. Being a beginner in terms of Indian food, I prepared myself for an evening of recommendations – a decision which quite literally served me well. 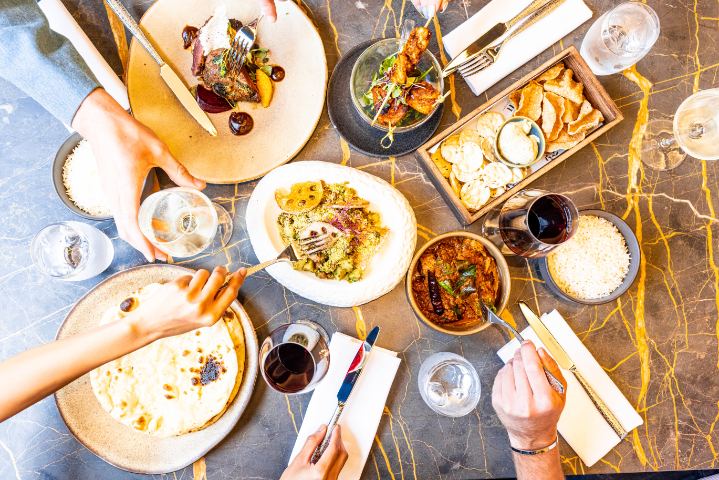 We ordered the starter Amritsari Macchi, a fried fish snack originating from the Punjab. The region, although renowned for its chicken, has been given the alternative label of ‘the land of five rivers’, and has birthed numerous experimental pescatarian dishes as river-based natives used to feast on fish due to its abundance. Distinctive plates, with origins in Punjab’s rivers, have made their way to the kitchen of Ritu, where fish-eaters alike can delight their senses trying fish steeped in sauce and soaked in spice that they wouldn’t think to try at home.

Ritu’s version of Amritsari Macchi includes fish marinated in mustard and coated in a fried batter, finished with a dusting of spices and served with onion rings. The recommended Gunpowder Prawns arrived as two shelled out tiger prawns presented on a large leaf and served with a mango coconut cream. The fiery yet lightly spiced blend coating the juicy prawns delicately balances the smoothness of the mango coconut cream. A recommendation from both Ritu London, and me. 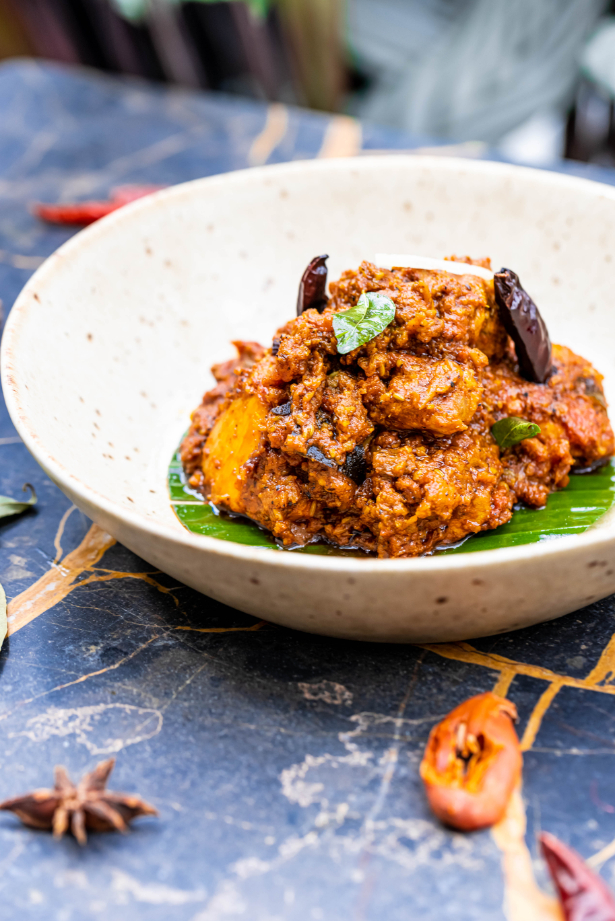 Main courses at Ritu comprise a Curry and Tandoor section, and those of all dietary requirements will find they’re faced with extensive choice. We opted for one of the vegetarian plates: an Indian Mughlai dish called the Navratan Kurma, which literally translates to nine jewels in a kurma sauce. Served with stuffed mushroom, lotus seeds, green pea dumplings, garden veggies and paneer, the rich and creamy curry is a level up from a Korma. Ritu London maintains its promise to deliver unique yet authentic meals with this number. Guided by yet another recommendation from attentive staff, head chef Shoeb Haider surprised and delighted with a creation not listed on the menu – Tandoori Salmon. Marinated in a mix of spices, the salmon imparted a great deal of flavour on its own, so delicious it needed little else to accompany it, although the garlic naan and fluffy and fragrant pilau rice were a suitable side to the silky fish. 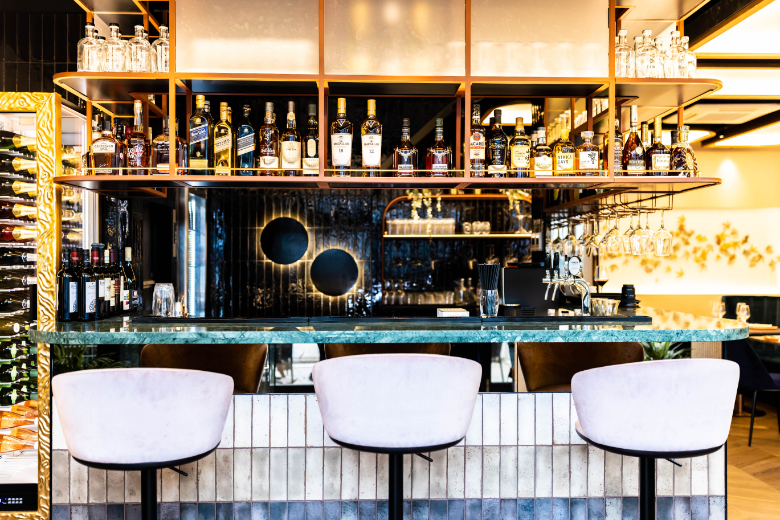 Feeling stuffed but with room for the sweet stuff, we were surprised with plates of Rasmalai, a traditional dessert from the Bengal region of the India, and Gulab Jamun, a classic Indian sweet resembling donut-balls in a sweet Indian sauce (to a beginner, anyway). While the former delicacy polished off the two courses with a light and creamy sensation on the palate, the latter tasted like a Sticky Toffee Pudding with an Indian twist. It was sugary-sweet (the berry-sized balls are doused in a rose-flavoured syrup), yet less heavy than the black treacle British pudding – Indian cuisine was proving to very much trump British cuisine in my books. Unsurprisingly. 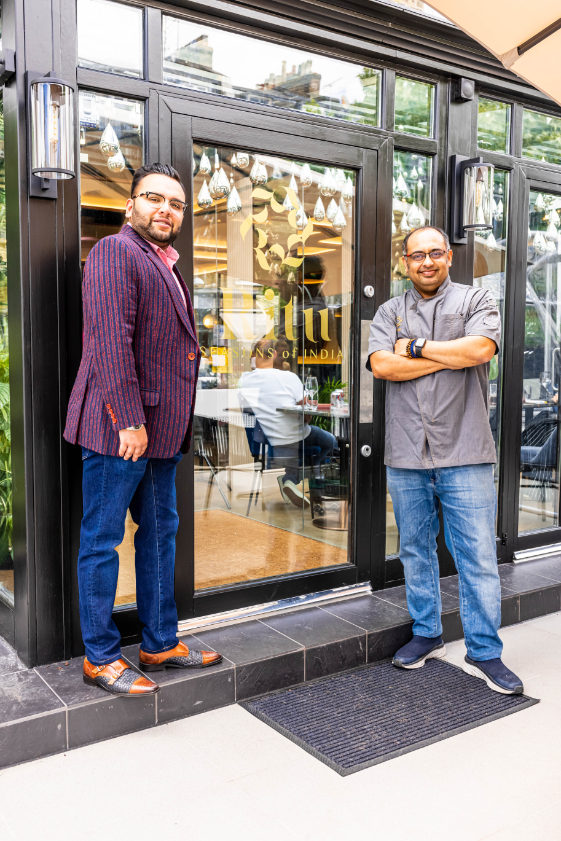 The night was an educational one for me, reminding me why my taste buds exist (especially after contracting Covid and losing my ability to taste recently). The North West London-based eatery delivers quality Indian cuisine and recommendations you can trust with your gut.

If you’re in search of your next go-to Indian eatery, walk into the open arms of North West London’s Ritu – its servers are waiting to exceed expectations with recommendations from its wide-ranging menu of infusions and flavour during each of the six seasons.

A post shared by Ritu Seasons of India (@ritu.london)