This electric pink revival of Legally Blonde at Regent’s Park Open Air Theatre rockets the material into 2022, with more Gen-Z references than you can fit in your Birkin Bag! Legally Blonde The Musical is now 15 years old – when the original production opened on Broadway, no one on earth owned an iPhone, Donald Trump being president was still a funny joke, and Tik Tok was just the noise a clock made. Here, Elle’s friends now communicate through smart phones and Elle no longer leaves her ex-boyfriend a voicemail but sends voice notes. 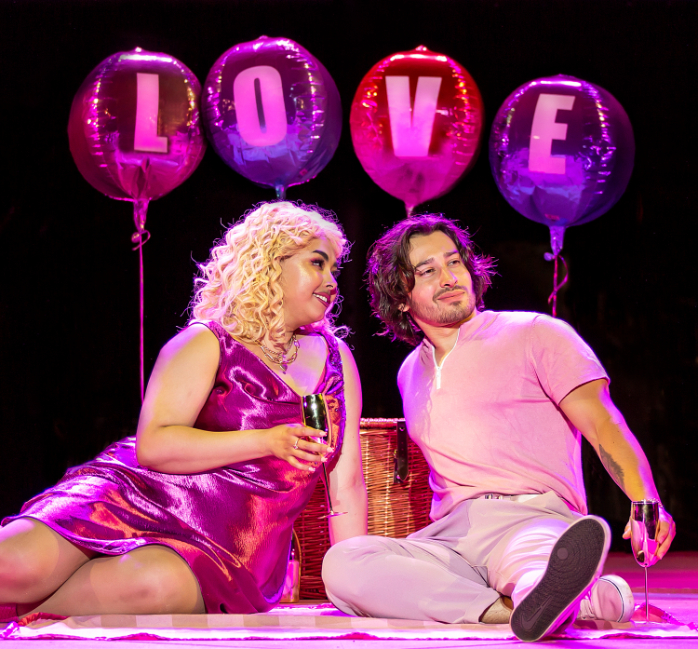 The cast are a diverse and youthful display of the world today. Courtney Bowman is warm and lovable as Elle Woods with a superb singing voice. Nadine Higgin finds every moment of warmth, pathos and humour in her portrayal of Paulette with some world class comedic timing and delivery. Her relationship with Bowman on stage is infectious, and the scenes where they bounce off each other effortlessly are a highlight. Vanessa Fisher gives a detailed and focussed performance as the competitive and ‘serious’ Vivienne with soaring vocals (especially towards the end of the show), and Lauren Drew impresses as the skipping fitness star Brooke, performing one of the most thrilling numbers of the evening “Whipped Into Shape.” Michael Ahomka-Lindsay gives an energetic and sweet performance as the cool and caring Emmett. The casting of Liam McEvoy as Bruiser the dog is a “stroke” of genius – and whilst having not a single line of dialogue (except the occasional bark of course) is one of the most beloved characters on stage. His expressions and mannerisms had us all in fits of laughter. 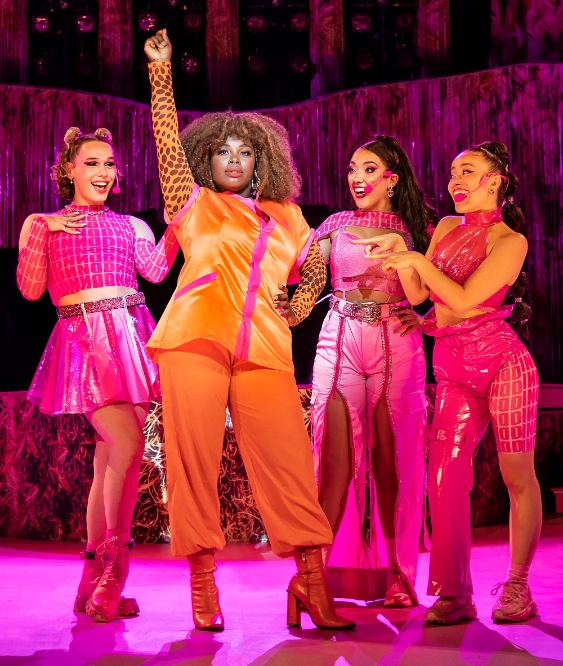 Despite the wealth of potential in a story about not judging a book by its cover, act two lacks tension, and you feel like Elle could leave at any moment and be absolutely fine. Despite this, the cast get plenty of laughs by finding humour consistently throughout, and thanks to the performances, the moments of pathos are genuinely moving. Vocally the cast are stellar, with solos and riffs a plenty. Joe Foster especially stood out in their various parts, especially as the Irish twanged secret partner of Nikos in the iconic Gay or European. 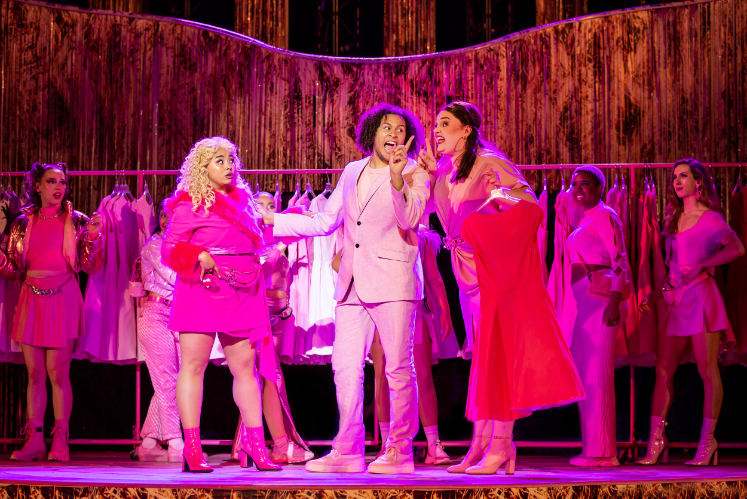 The ensemble harmony work is impressive and thrilling to listen to. Every member of the ensemble brings their own individual qualities to their characters, and each new cameo brings joy and warmth to a production that feels like it was truly created by the talented actors on stage. A special mention here must go to Billy Nevers who delivers hilarious characters showing off his brilliant singing, dancing and acting talent. The depth of talent and diversity in this cleverly put together cast is brilliant with Isaac Hesketh opening the show and making history as the first ever Trans Non-Binary person to play Margot in Legally Blonde.

As daylight fades in Regent’s Park, it’s exciting to see Philip Gladwell’s lighting design slowly come to life, and the playfulness in Jean Chan’s costume and hair designs pleases throughout. The catchy rock score sounds fantastic with a superb orchestra lead by Musical Director Katharine Woolley. There was plenty of foot tapping and head bopping throughout the auditorium. Ellen Kane’s choreography is electrifying, easily the best I’ve seen in years, and is energetically executed by the entire company. 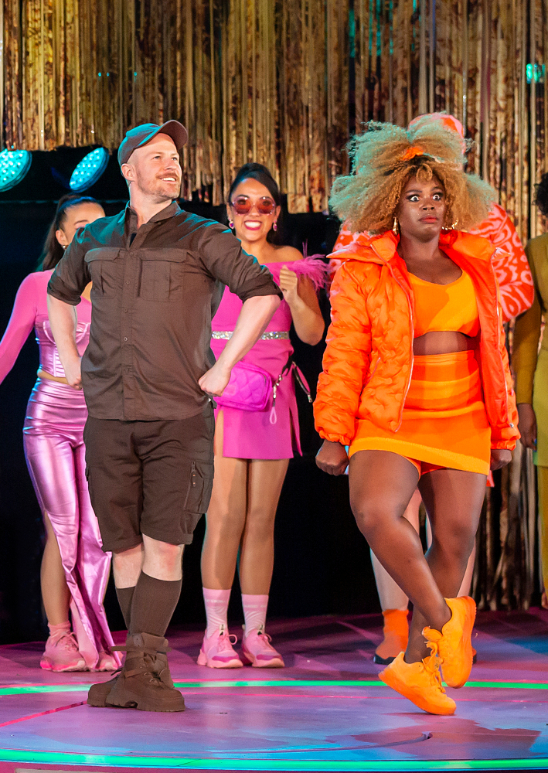 Lucy Moss and the creative team have really worked hard to find every moment of relevance. For example, in the original production, the UPS delivery guy is a god like Adonis, lusted over by Paulette. Here, the character is flawed, he is anxious and shy, but crucially, he is not only loveable, but desired. The character is now much more human, and the story all the better for it. The whole production is splashed with these moment of added truth. What results is a hugely enjoyable evening of musical theatre, that manages to contain a serious message, while elevating the fun and silliness of the original material with those awesome songs. You can be who you want to be, and find love in the most unexpected of places.

This limited run is a must see, and I certainly didn’t want it to end. I loved it so much I went again a few days later. For nearly three hours, I lived in a joyous and loving world where your race, gender identity, sexuality, size or appearance are no limitation to what you can achieve and where you can go. I hope the real world takes note and follows suit as soon as possible.