Mischief Theatre has a knack for making million dollar productions look amateur. One would never pick out ‘Magic Goes Wrong’ as a JJ Abrams production, or one developed alongside industry legends Penn and Teller who have added a magic touch to the ‘goes wrong’ canon.

With a BBC TV series now under their belt, Mischief Theatre goes from strength to strength with a lot more shenanigans in the pipeline to look out for. No matter how large the ‘goes wrong’ franchise grows, the troupe retains the giddy breathlessness of drama students at their debut fringe show, pulling off box-office acts as if by accident. A well-oiled production feigns ad lib and improv, persuading audiences that maybe, just maybe, it might all go disastrously wrong. 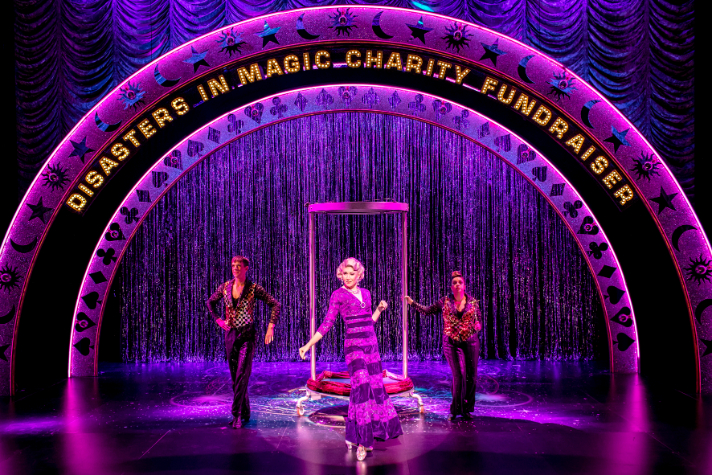 The evening is framed as a charity fundraiser, hosted by wannabe magician Sophisticato (Shane David-Joseph) in tribute to his illusionist father. It would be a touching affair, were it not for the incompetent line up and a sense of immorality in plagiarising a dead man’s act. While donations flatline, the charitable cause – ‘victims of magical disaster’ – grows needier, as the event’s casualties (drowned; mauled; dismembered) begin to mount. Like the levitation act, neon signage and an avalanche of tranquilised doves, high hopes for the evening come quickly crashing down. 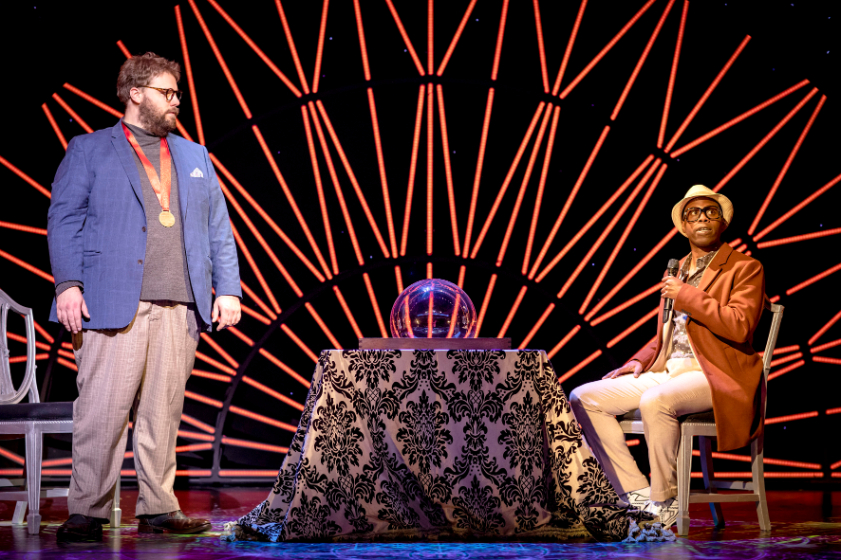 Snatched from dazzling venues including a highway Travelodge and David Blaine’s brother’s tennis club, the acts parody all the familiar tropes. Resident mentalist, the Mind Mangler (Henry Lewis), is forced into ‘psychic contact’ with Gwyneth Paltrow when a planted audience volunteer veers off-script. Endurance artist, ‘The Blade’ (Kazeem Tosin-Amore), ages decades in an evening, enjoying a torturous series of botched stunts at the hands of his gum-chewing assistant. A cameo from Derren Brown is cut short, and the night’s last hope, the sole competent magician, is butchered in the name of health and safety. 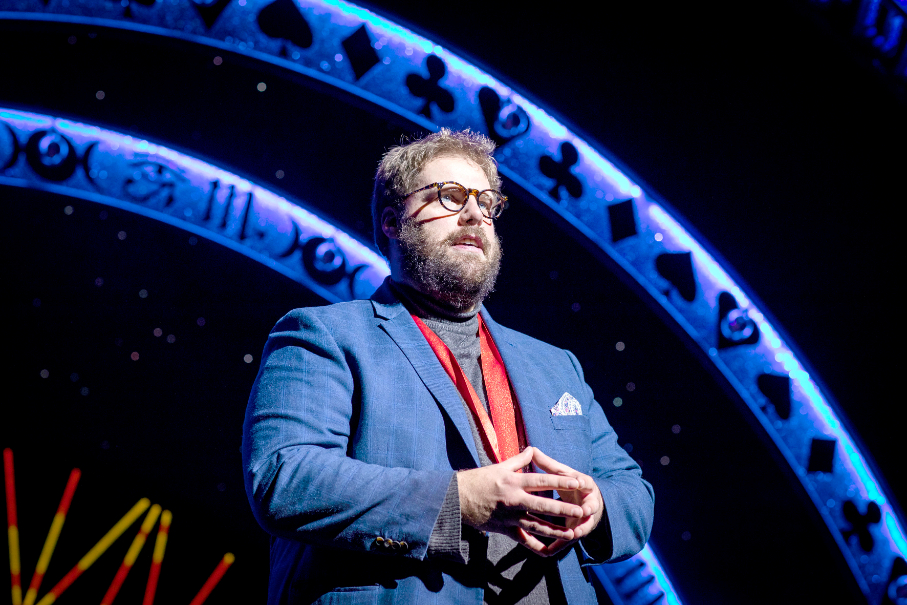 The irony is that some of the manufactured mayhem distracts from some genuinely impressive tricks. Characters vanish and re-emerge from the audience moments later, and Sophisticato’s centrepiece dove act is made no less remarkable by the birds’ unconsciousness. On the rare occasion that their acts go to plan, the performers’ shock is palpable, and gags are bookended by punchlines which arrive off-cue. The Mind Mangler, for one, is incensed to discover that he has picked the only occupant of the front row not named ‘John’ during his ‘guess the first name’ routine. 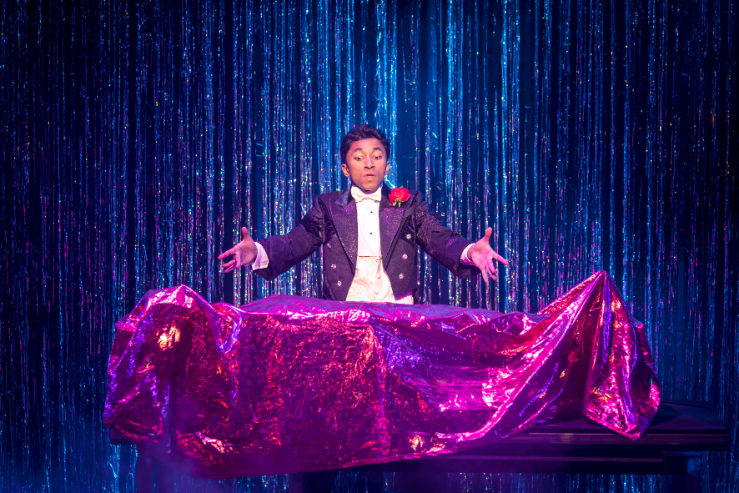 Things begin to stall after the interval, with each act doing the rounds a second time, and the cutesy ending feels a little too safe. But, true to form, Penn and Teller add an unexpected element to the tried and tested ‘goes wrong’ routine. ‘Magic Goes Wrong’ is neither high-brow nor mind-mangling, but promises an evening of unadulterated foolishness that will leave even the most stubborn of audience members in stitches.

All imagery courtesy of Helen Maybanks.