Given that so much of what we think we know about modern cocktail culture stems from the work of Ian Fleming, it seems strange that there’s no bar in his honour in London. His books are riddled with his rules on drinking, but aside from a pilgrimage to Dukes to see where he learnt to love the martini, there’s nowhere in London to drink in the style of the man behind the James Bond empire. But, Nine Lives in Bermondsey may be the closest you’ll get to drinking on the author’s Caribbean estate without leaving central London. It may be a world away from the dreamy Oracabessa Bay, but this underground oasis is also a haven away from the commuter-bustle of London Bridge. 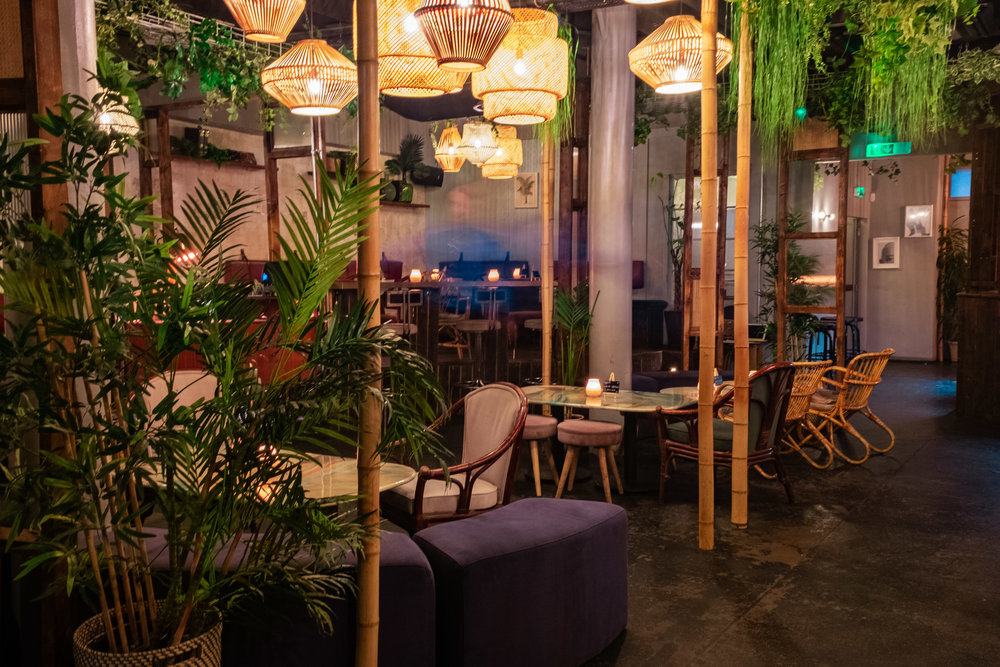 With tropical plants in every corner, and palm fronds drooping from the low ceiling; hut-like booths and numerous wicker chairs, this is plantation house drinking in the depths of the city. It only needs sunshine, a private beach and wooden louvre windows to rival the vibe of Fleming’s 15-acre Goldeneye Estate.

For those who still think it’s the height of sophistication to order a shaken martini rather realising they’re ordering a weak martini and being snooty about it, many of the drinks may come as a pleasant surprise. The number nine features heavily – nine seasonal drinks give way to nine hits from previous menus followed by nine classics before a carefully curated selection of spirits, wine (nine bottles to choose from) and beers. 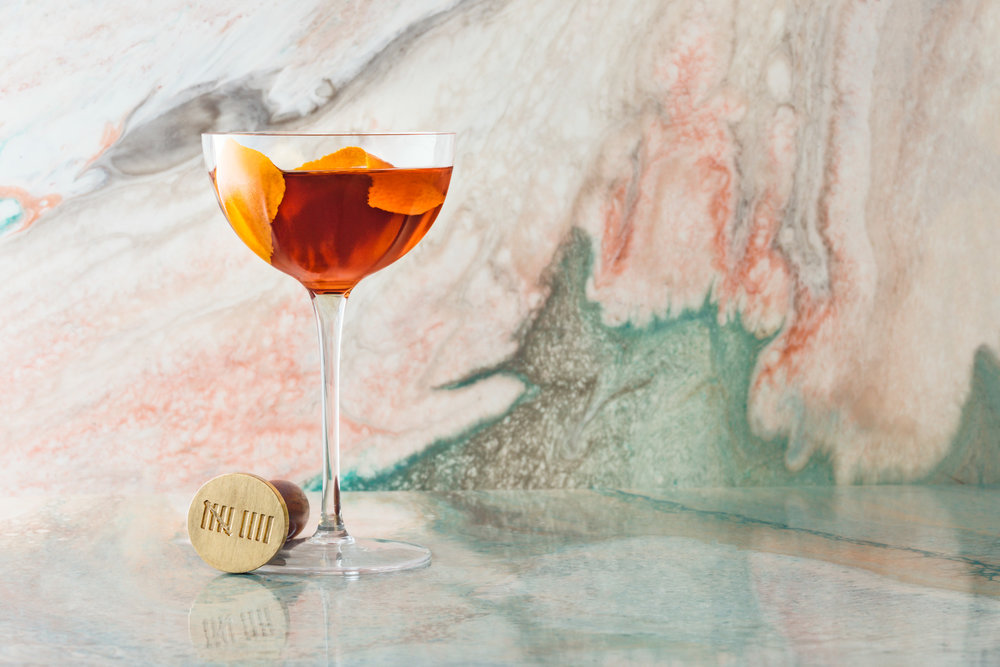 The other message that Nine Lives imparts is that of its sustainability credentials which are promoted proudly, but not sanctimoniously. The name is said to refer to the desire to reduce and reuse, with nothing wasted and everything lovingly sourced. In their own words, the team at Nine Lives have “painstakingly given a shit about every item” on the menu, to try to do some good in the world. Ingredients for cocktails have been sourced using waste products from the bar and local businesses around London Bridge as well as vegetables and herbs from the bar’s garden. 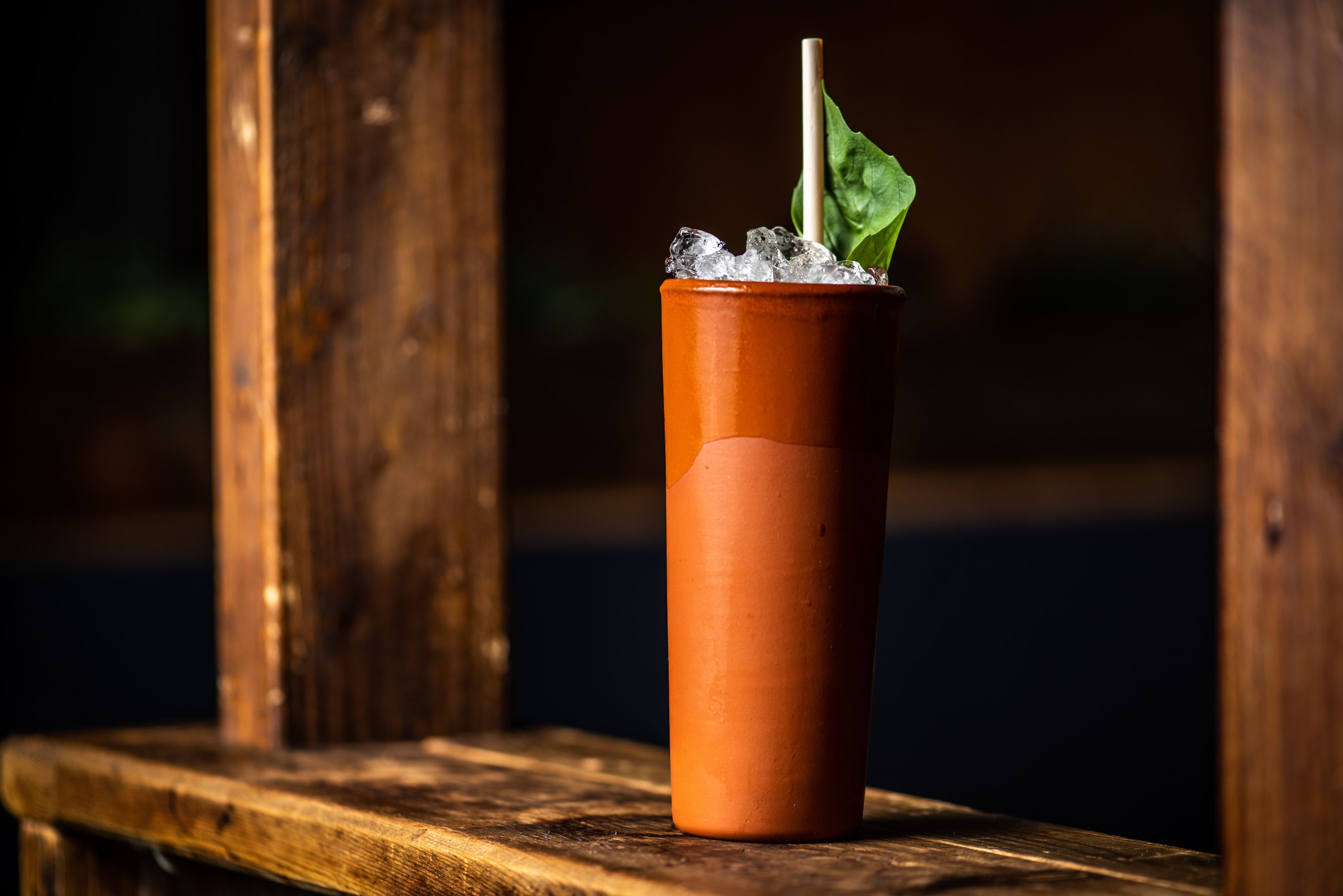 With that in mind, we started with the Baller #2 – a refreshing highball canned on-site and served with a giant lime leaf garnish. There’s an initially deceptive hit of pineapple before the slow build of the smoky Johnnie Walker Black Label on the second mouthful. Here’s Johnnie gliding effortlessly into the kitchen like a louche latecomer too cool to dress up for the tropical-themed party. Like the latecomer, the Baller hangs around for a while, with the tannin of the green tea ensuring a dry and lingering finish.

The Cordozar, which I can only assume is named in honour of Snoop Dogg (it’s his middle name) has a touch more subtlety than its namesake’s trademark gin and juice. It’s a light lemon sherbet of a drink with a quick finish – the limoncello provides the headline act, with the camomile vermouth and grapefruit providing the support act. The Daz Dillinger if you will.

With so many dining options on its doorstep, there’s plenty of passing business – couples on dates drop in before and after dinner – a group of city workers huddle around the shuffleboard and try and work out if it’s ironic or post-ironic to have a game. For those who sink into a reclining wicker chair and don’t feel like moving, the menu offers pizzas from nearby Pizza Pilgrims. 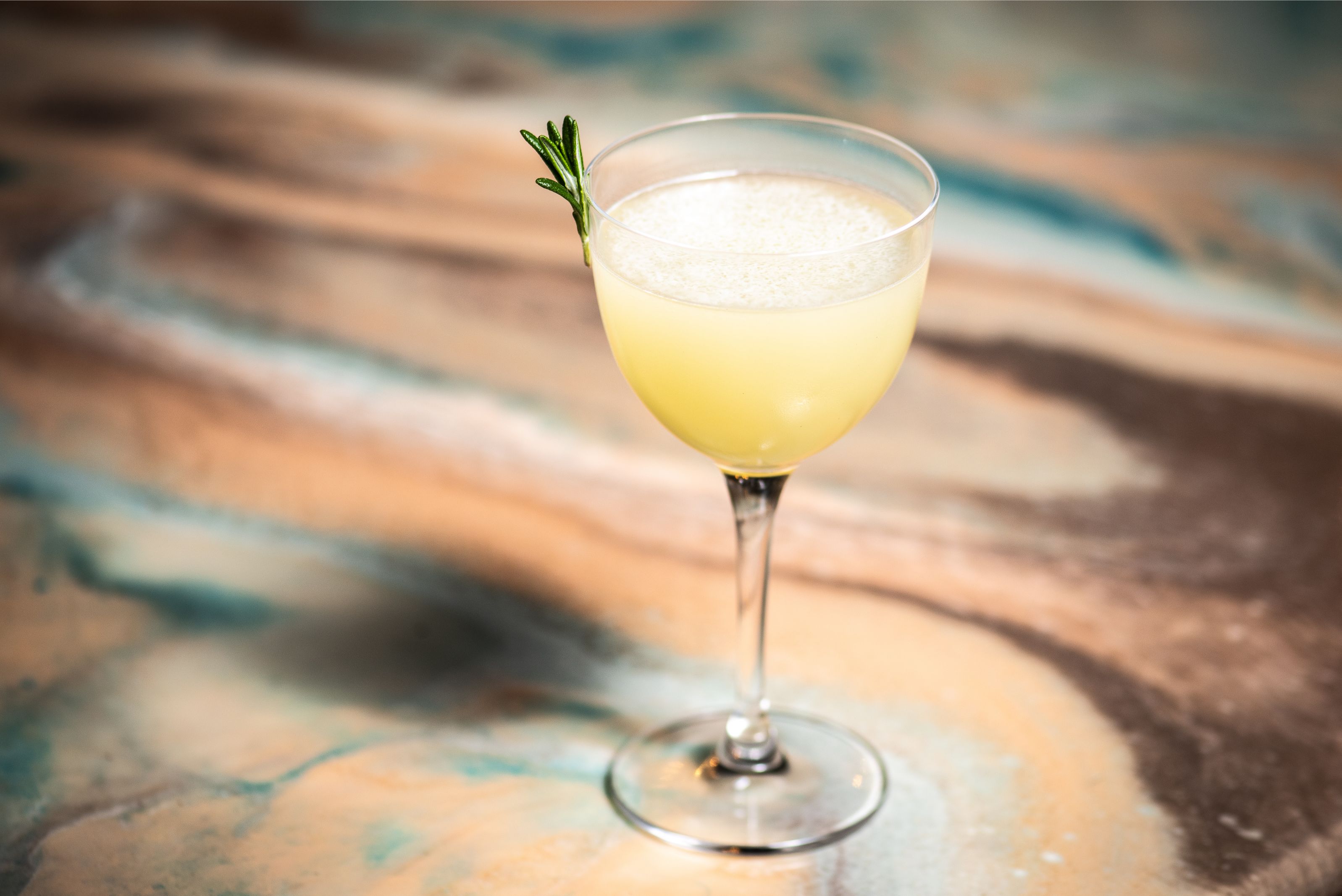 Our second round of drinks continued with the Santeria. The dominant flavour was provided by the house-made avocado skin-infused mezcal (have we reached peak-millennial yet?) as the celery and rosemary cordial struggled to make itself heard. The Ethiopian Koseret tea (an East African member of the verbena family) and Akashi-Tai Yuzushu (Japanese citrus macerated in ginjo-grade sake) gave the drink some considerable air miles and a sweet, zesty and vegetal finish. 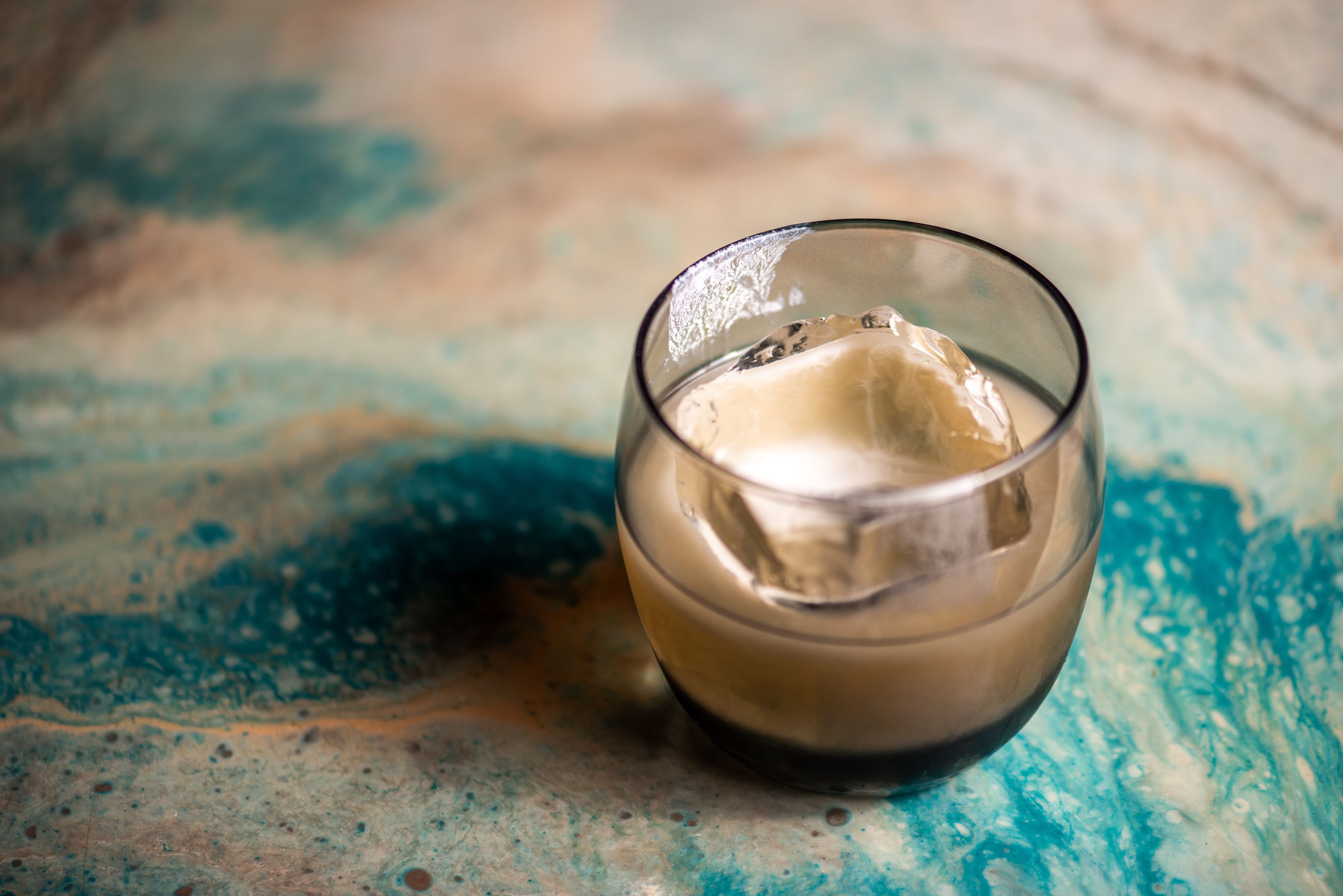 Our final choice was the Top Rock – because who amongst us can resist a drink that starts with “Almond croissant-infused brandy”? Expectations were high, but an edible almond paint embossed glass and a buttery-yellow drink sent all the right signals. It smells like an almond pastry, but can it? Yes, it can. Somehow, the combination of infused brandy, Rebel Yell rye and almond liqueur really does result in my breakfast of choice in a glass.

Although Ian Fleming never lived south of the river, the level of detail and quality in each and every cocktail would have surely made Nine Lives one of his favourite locals. Nine Lives describes itself as a neighbourhood bar and we agree as we look around the carefully-coiffed tropical basement of 8 Holyrood Street which is both relaxing and most satisfying.