KURIOS – Cabinet of Curiosities is Cirque du Soleil’s 35th production since 1984 and one of its largest shows. Having first premiered in the circus giant’s home of Montreal in 2014. KURIOS has gone on to be performed to over 4.5 million mesmerised onlookers in 30 cities worldwide. KURIOS also features the most props of any Cirque du Soleil production, with 426 throughout the show and a staggering 3000 costume items transported on tour. 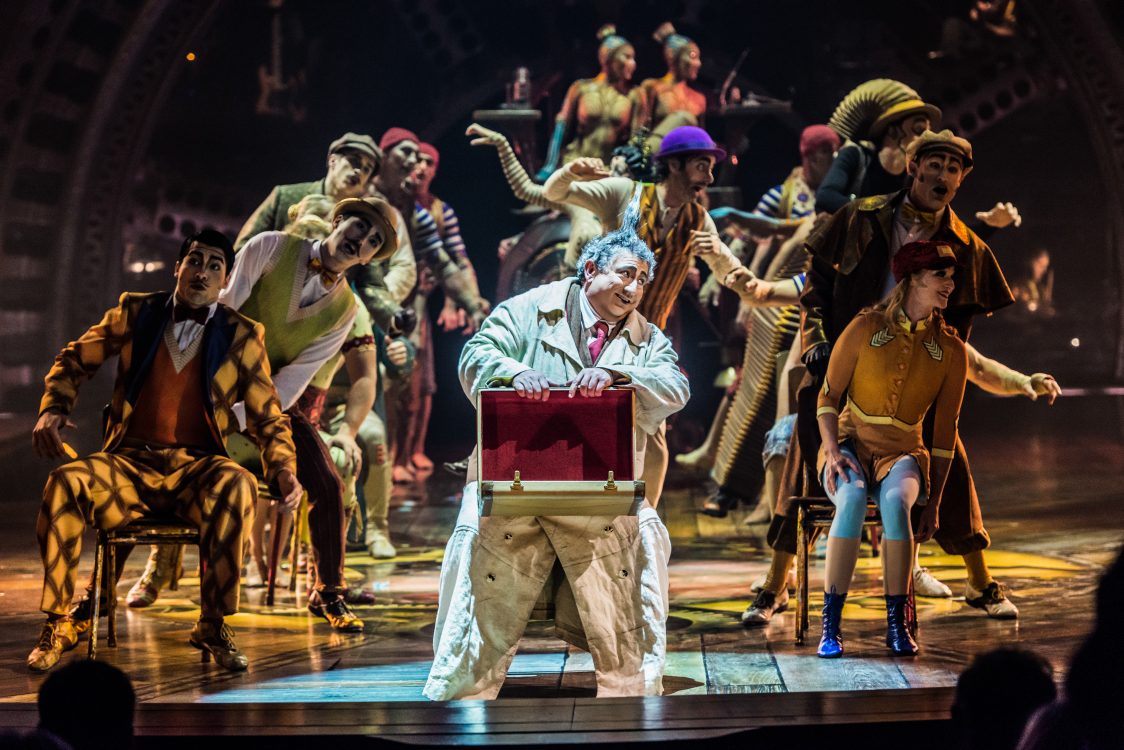 During the European renaissance aristocrats, members of the merchant class (These were an exclusive business elite, made up of wholesalers, bankers, distributers, and manufacturers) and early practitioners of science would form collections of historical relics, works of art, or mysterious travel souvenirs. These became known as cabinets of curiosities. Every object collected was an opportunity to tell a story about a grand adventure to faraway lands, or a discovery of the world’s hidden secrets and treasures. Inspired by the ancestors of the modern museum, KURIOS celebrates the power of imagination. 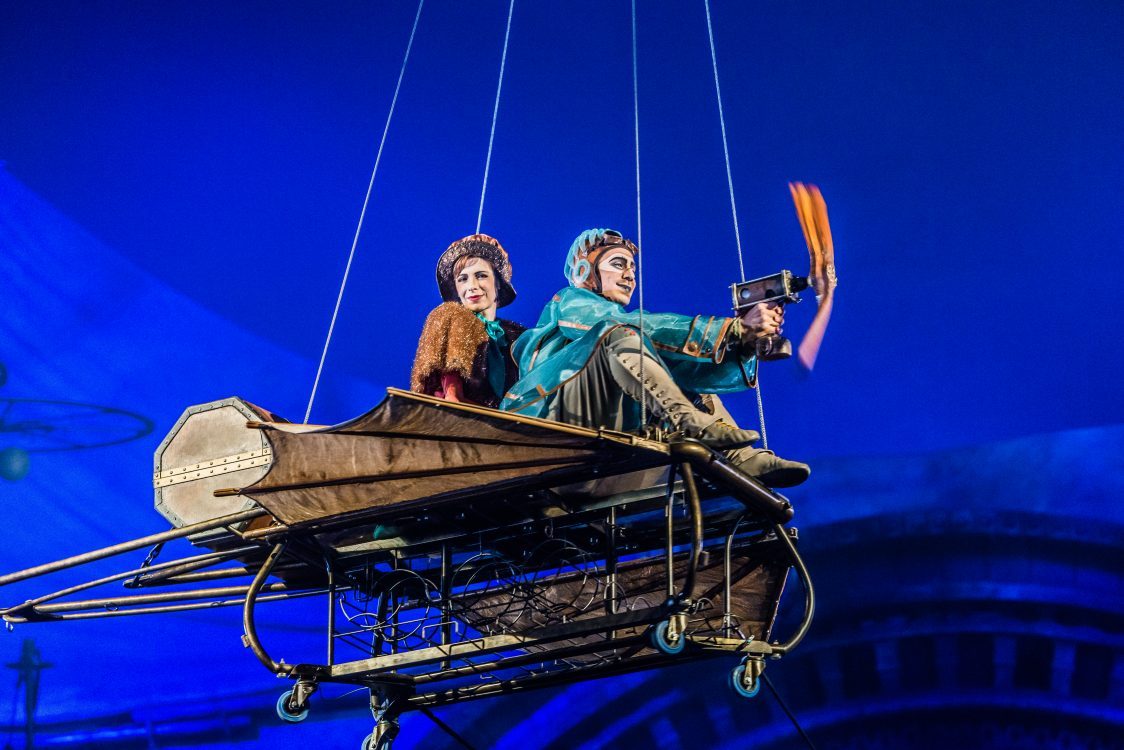 As we take to our seats for the dress rehearsal at the majestic Royal Albert Hall, (which recently celebrated its 150th anniversary) we prepare to be bedazzled for 125 minutes of storytelling and performance – An invitation to have an open mind and heart and enter a world of wonders. I have done my research and the bar has been set high. Can Kurios rise to my expectations? 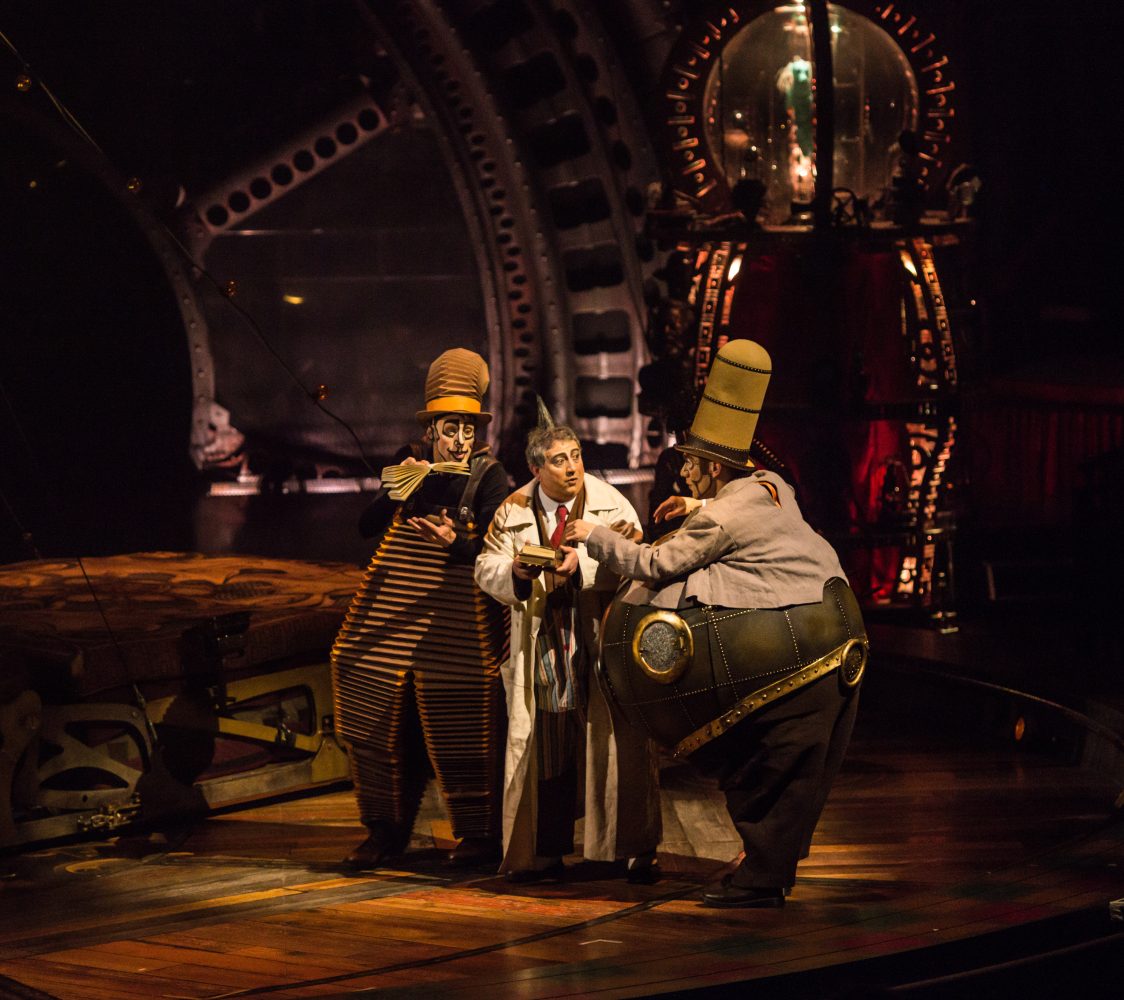 Our journey begins inside the mechanical lab of the brilliant and ambitious inventor (the Seeker) who’s convinced that a hidden, invisible world exists. A place where the boldest ideas and grandest dreams await. The Seeker, before our enchanted eyes, proceeds to defy the laws of time, space, and dimension to reinvent everything around him. We look on as his world is literally turned upside down with his larger-than-life curio cabinet. There emerges, a collection of outlandish and warm hearted, characters adding poetry, circus performance, and humour. 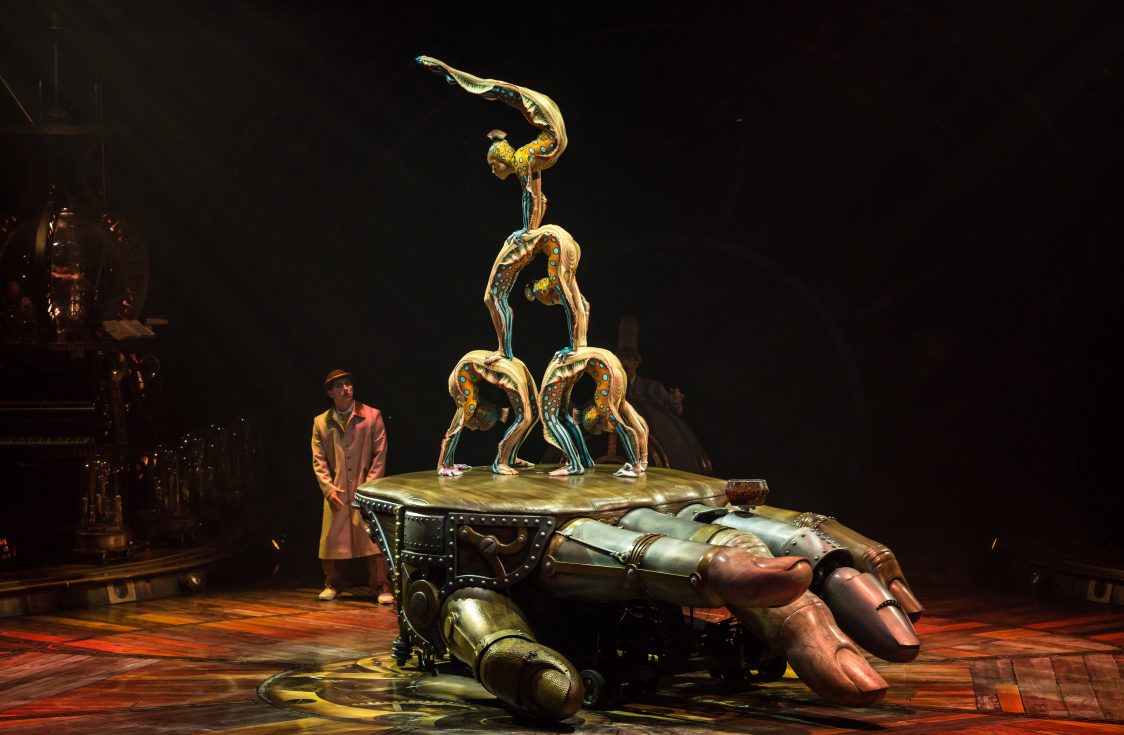 The talent on stage from a global cast of performers is exceptional. It is impossible to pick a favourite. I watched with wide eyed childlike wonder and even shock at the daredevil bravery and stamina. From contortionists to trapeze acts, hand puppetry, to the various and always original acrobatic performances. Each act was in a league of its own.

The live musicians and singers are the all-important glue that hold it all together. They form the foundation and pulse of the show. With musical influences from jazz, electro swing to rock and roll, the talented entirely human musicians and cast capture all our affectionate nostalgia of the circus without grim reminders of notorious animal abuses committed by the industry’s worst offenders. 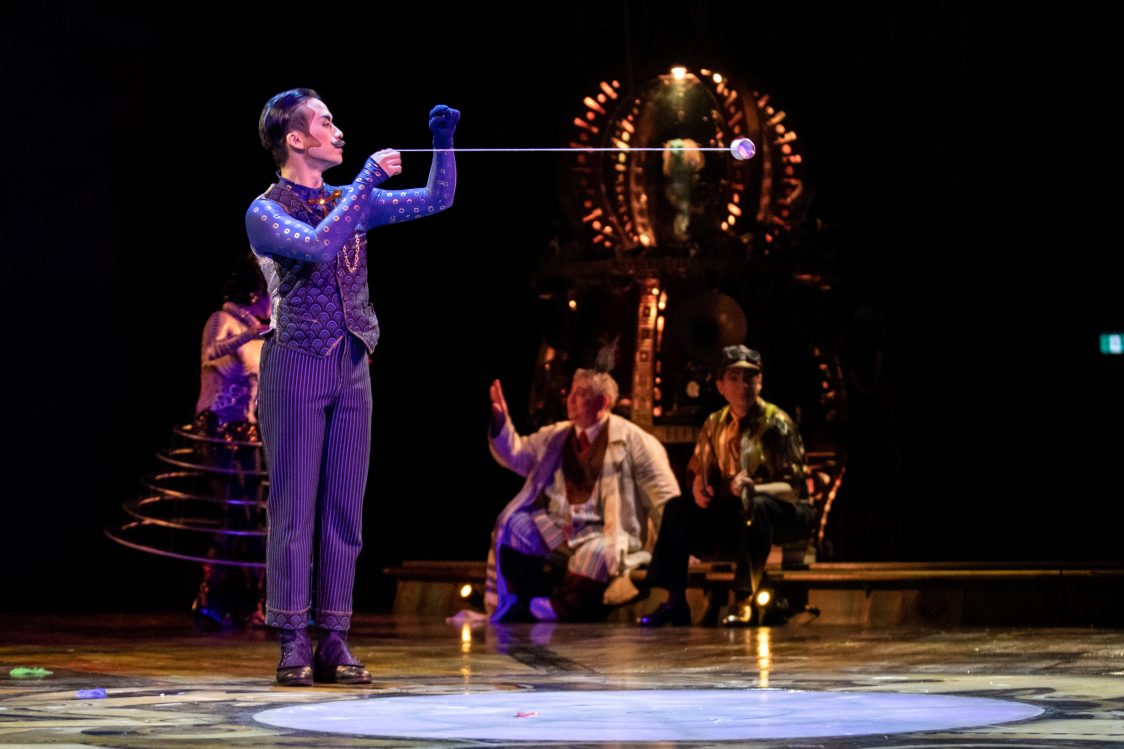 The costumes are also a huge part of the show along with the stage make-up, both of which facilitate a magical transformation. The detail in each unique costume shows countless painstaking hours have been spent to make each one individual and perfect.

No doubt about it, Kurios is an excellent production with a very talented team of creatives. From the jaw dropping choreography painting a bittersweet, twilight narrative, through to the surreal character development, and intricate set pieces, the attention to detail is flawless. 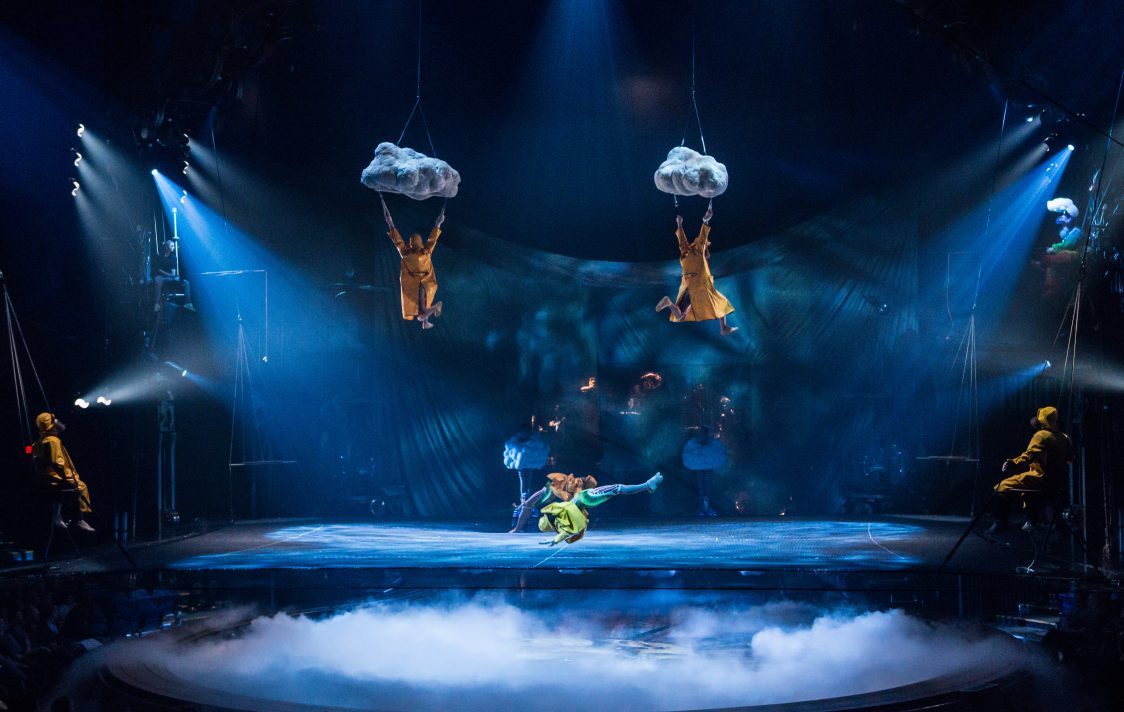 Prepare to be blown away with gasps all around. I left feeling like I had been watching the colourful theatrics of a Baz Luhrmann film married with a splash of Las Vegas and Broadway pizzazz.

All imagery courtesy of KURIOS – Cabinet of Curiosities / Mathew Tsang