A different kind of cookery school: Sauce by The Langham

Having lived in New York for almost 10 years where people are health and diet obsessed, I thought I knew everything about nutrition. I discovered how wrong I was when I visited Sauce by The Langham, the first cookery school in a central-London luxury hotel. 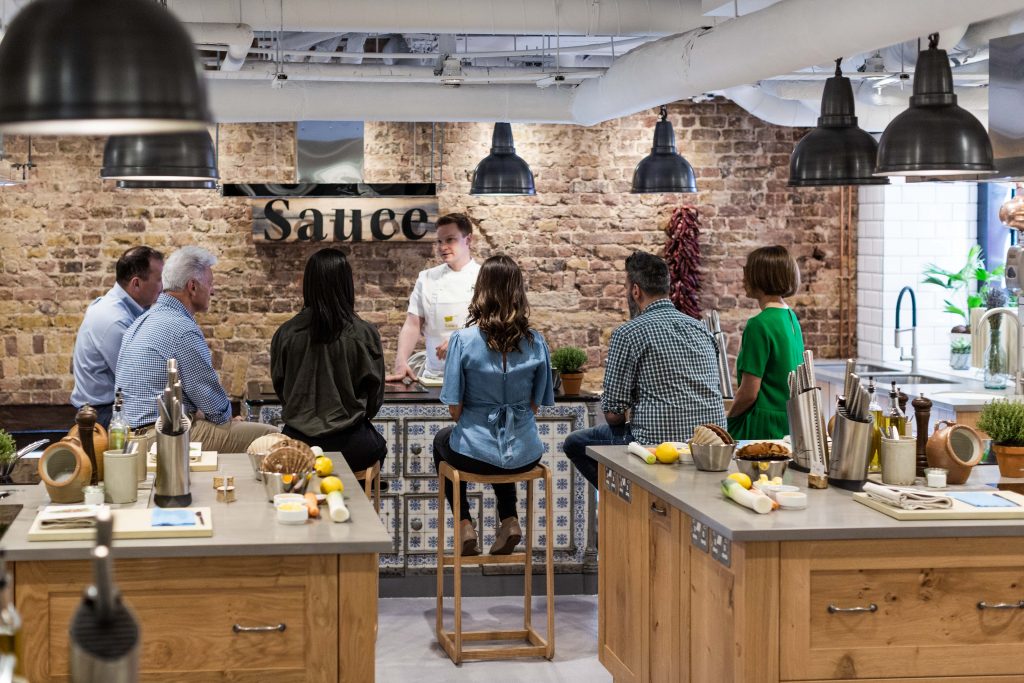 The class for today was all about nutrition and well-being. Chefs and a nutritionist have collated a ½ day workshop with the aim of helping people hone their healthy eating cooking skills and habits. The day is formulated around the principles of move, learn, cook, eat, and thrive: which they believe are the key components of a happy and healthy life. 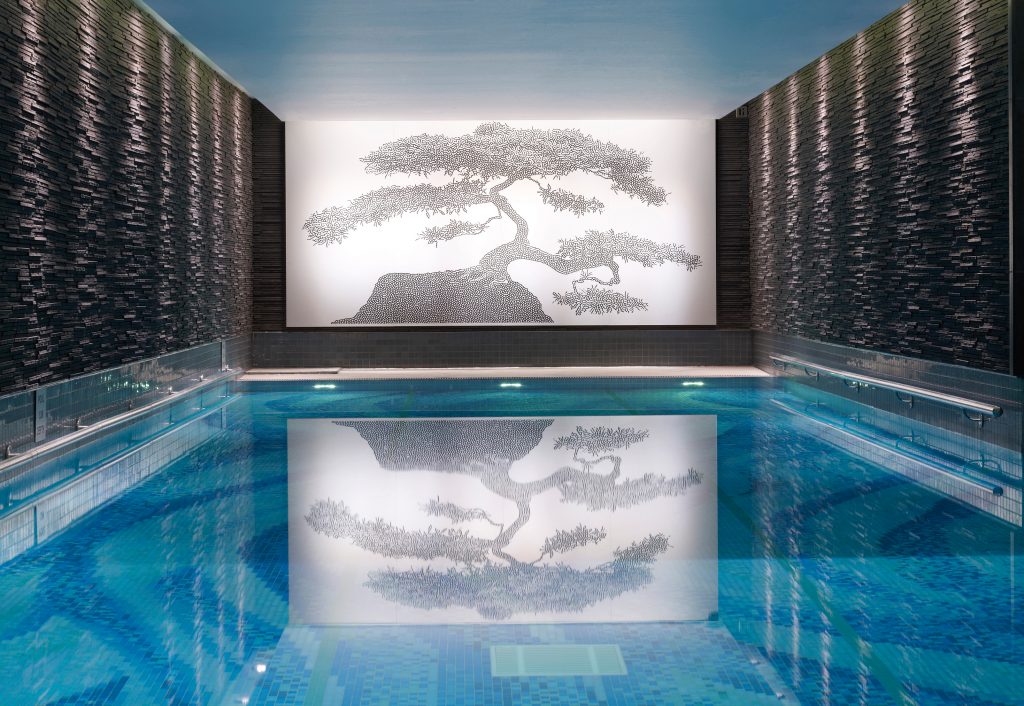 My morning started with a 2-hour slot at the spa which has a glittering 16 metre swimming pool alongside a sauna and steam room. The spa offers an array of treatments from Jacqueline Piotaz Switzerland facials which improve the tone and texture of your skin, to Sienna X self-tanning which is the leading luxury self-tanner loved by celebrities around the world. 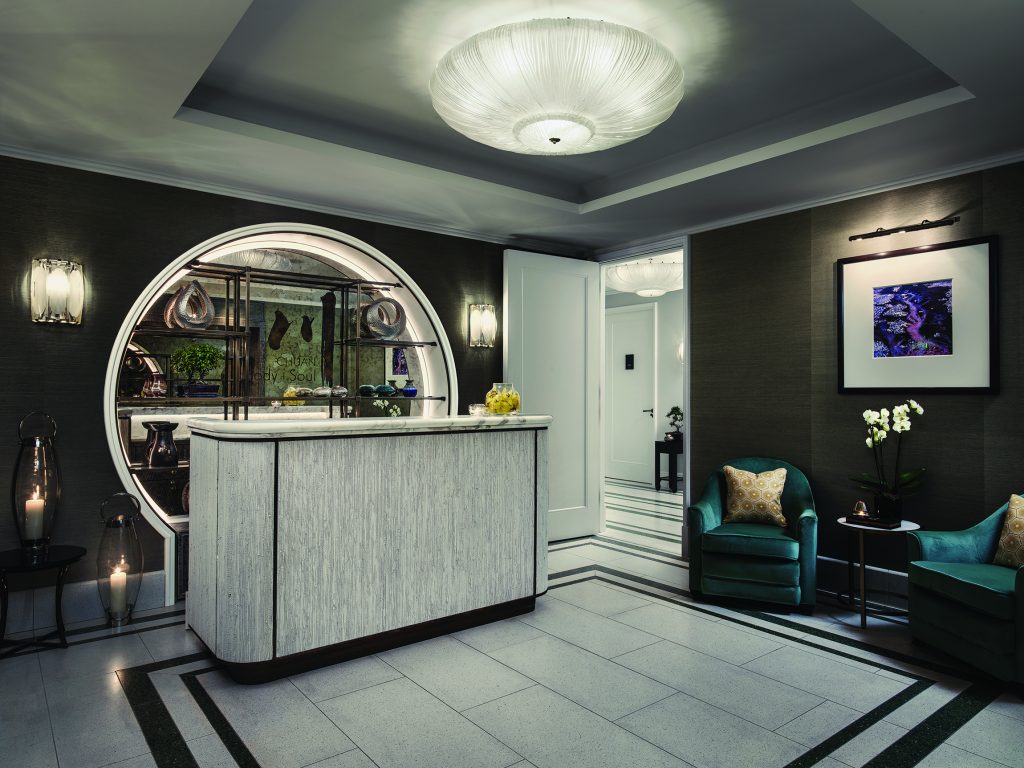 The Spa also has a large selection of pregnancy treatments from Basq NYC to help expectant mothers reduce swelling, back and pelvic pain and sciatica. As I am not an expectant mother and having just been on holiday and had a facial the previous day, I decided to bounce between the steam and the sauna room followed by a lengthy shower and full body scrub. Feeling better than I had in months I was shown to the relaxation area which had coffee, snacks and any herbal tea to your heart desires.

Feeling renewed from the outside it was time to replenish my inside with the expert help of Nutritionist Matt Gardner. Matt taught me a simple but effective way of weight loss, but most importantly how to keep the weight off, something I believe everyone struggles with. 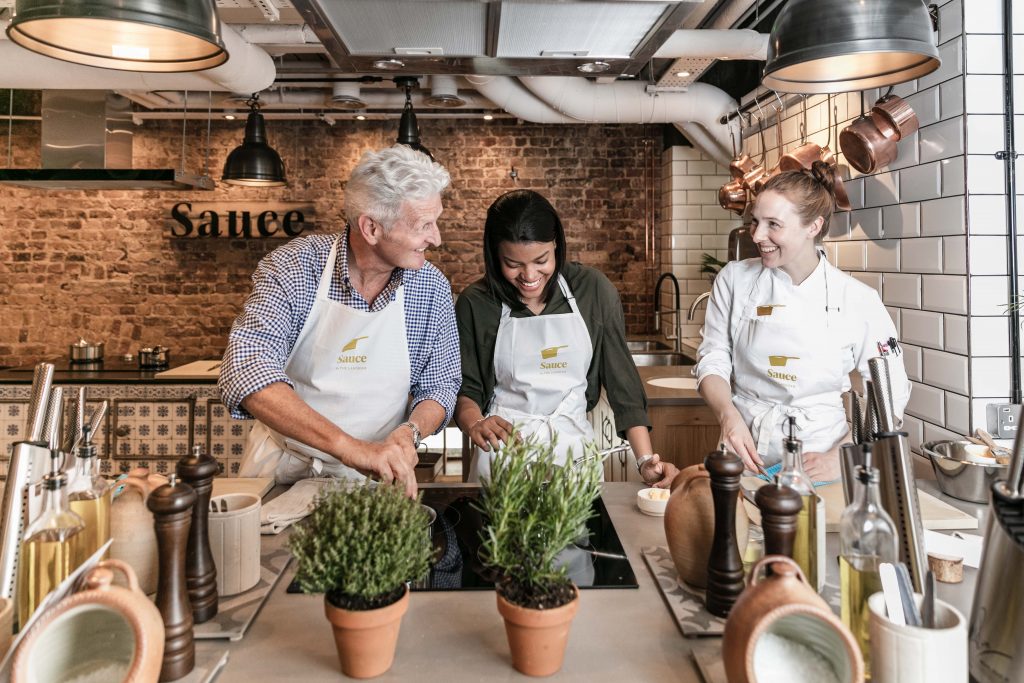 Matt’s approach is easy to follow and gave me an understanding of energy and fat storage that I had never quite managed to get my head around. He believes the reason so many of us fail in our quest for healthy living is that we get bored of eating the same mundane food which we believe to be healthy.

That is where Millie the head chef of Sauce by The Langham comes in. She believes healthy food doesn’t have to be boring and sets out to teach people different ways to transform it into something delicious. Next, we headed into the kitchen where we were greeted with a fresh juice of pear and mint and then given our customised aprons. The Kitchen was quite something. Everything was brand new and shiny with equipment that I only dream of having at home. 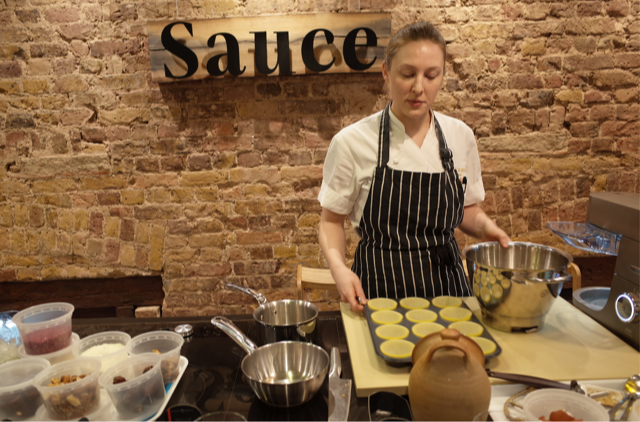 Millie (who has worked in all of The Langham’s restaurants) began with a demonstration of banana muffins and giving us ideas for allergy alternatives such as using potato flour instead of eggs. When the demonstration was finished, we headed to our individual stations and started cooking. The smell of freshly baked muffins had my mouth watering and knowing all the ingredients were healthy I snuffled at least four in the delight that they were guilt free.

For lunch we made salmon and lentils, this is a dish I regularly cook up quickly on a working weeknight but always felt it lacked flavour and very much tasted like a healthy meal. As someone who tries their hardest to adhere to a plant-based diet due to health problems, lentils make a daily appearance, so I would like to think I am good at cooking them. Turns out I’m not so good! Millie taught us that one should never add salt or stock while cooking lentils as the added salt makes their shells hard. 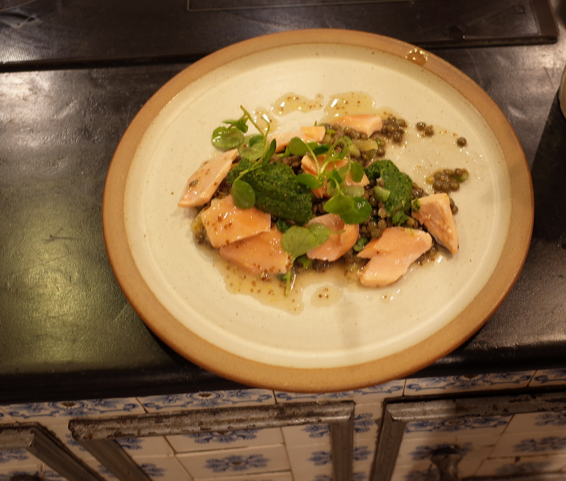 When it came to cooking the salmon, Millie informed us that one of the healthiest ways is to poach it; not only is this a quick alternative to baking but it will save your kitchen from the smell. To increase the flavour but not the calories, Millie suggests poaching salmon in fish stock or simply water, lemon juice and a splash of white wine. All you have to do is bring your chosen liquid to boil, remove from the heat, add the fish, wait 10 minutes and you will have the most delicious perfectly cooked salmon.

The care and attention I received from Milly and Matt made the day feel like a 1:1 session. Since the workshop I have continued to use what I learnt and implement them into my daily cooking. Miraculously, not only have I managed to stick to my 2020 diet but I have also felt excited to get into the kitchen and cook up a storm.

In addition to their Nutrition and Wellbeing class which runs every 3 months, Sauce by The Langham has a variety of classes to suit anyone and everyone including a cocktail masterclass with backstage tour of the famed Artesian Bar laboratory, spending the day with the two Michelin-starred chef Michel Roux Jr. and their latest offering of an Asian Fusion Masterclass with Emmy nominated TV chef and author Ching He Huang on 29 February.

To discover more and book a class, visit: saucebylangham.com/upcoming-classes