Creating my own signet ring with Signets & Seals

I am at the age where I want to wear something meaningful. I collaborated with Signets & Seals, following the journey of creating a bespoke signet ring where I worked closely with owner Alex Callaghan to create my own modern-day masterpiece, just in time for Christmas.

Signets & Seals started in 2019 preserve the heritage of the signet ring which dates back to 3500BC. It was always emblazoned with a mark which could be personally identifiable. Traditionally, they would be used by an influential person to authenticate a document as a seal of approval or signature. Today, people tend to wear signet rings for fashion or to uphold family tradition where rings have been passed down generations. 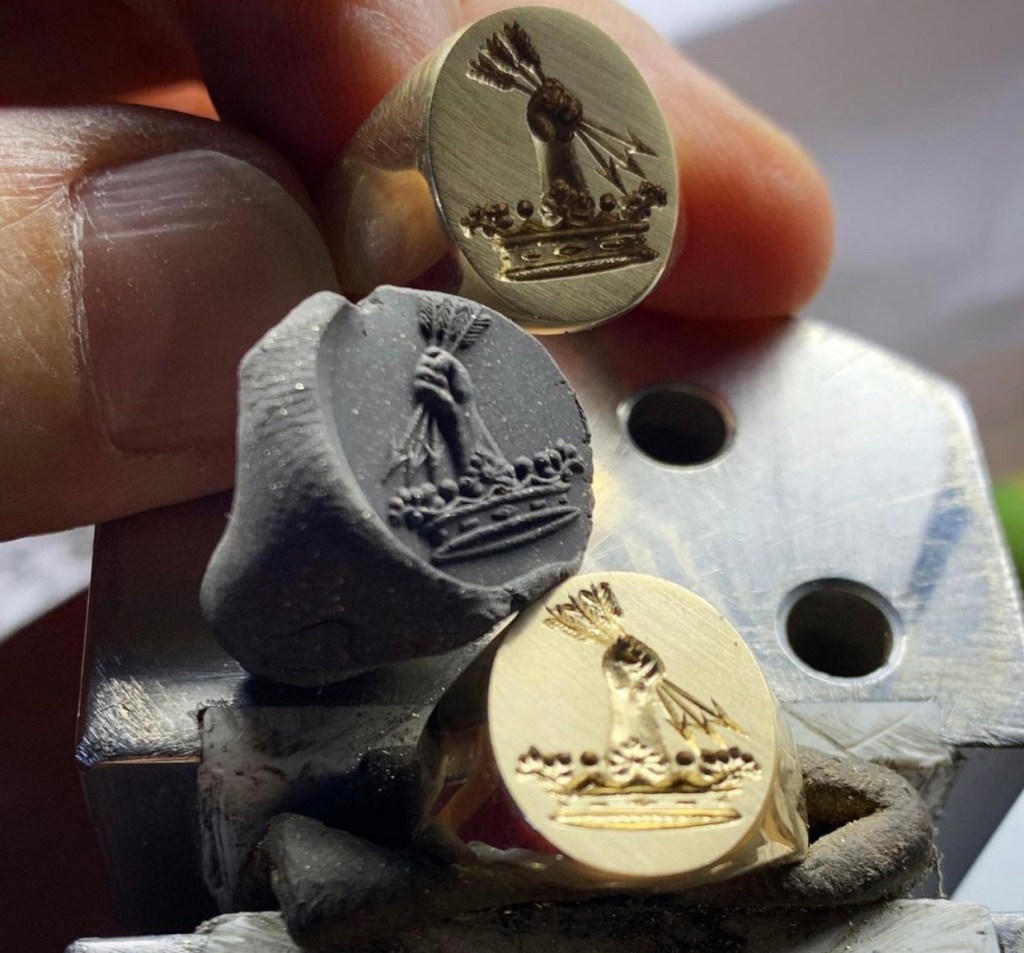 Alex told me the business is as busy as ever—consumers are craving their own piece of personalised luxury right now. Signets & Seals relies upon the precise and intimate touches which make rings so individual. It’s a very careful task and the end result is worth every bit of waiting. 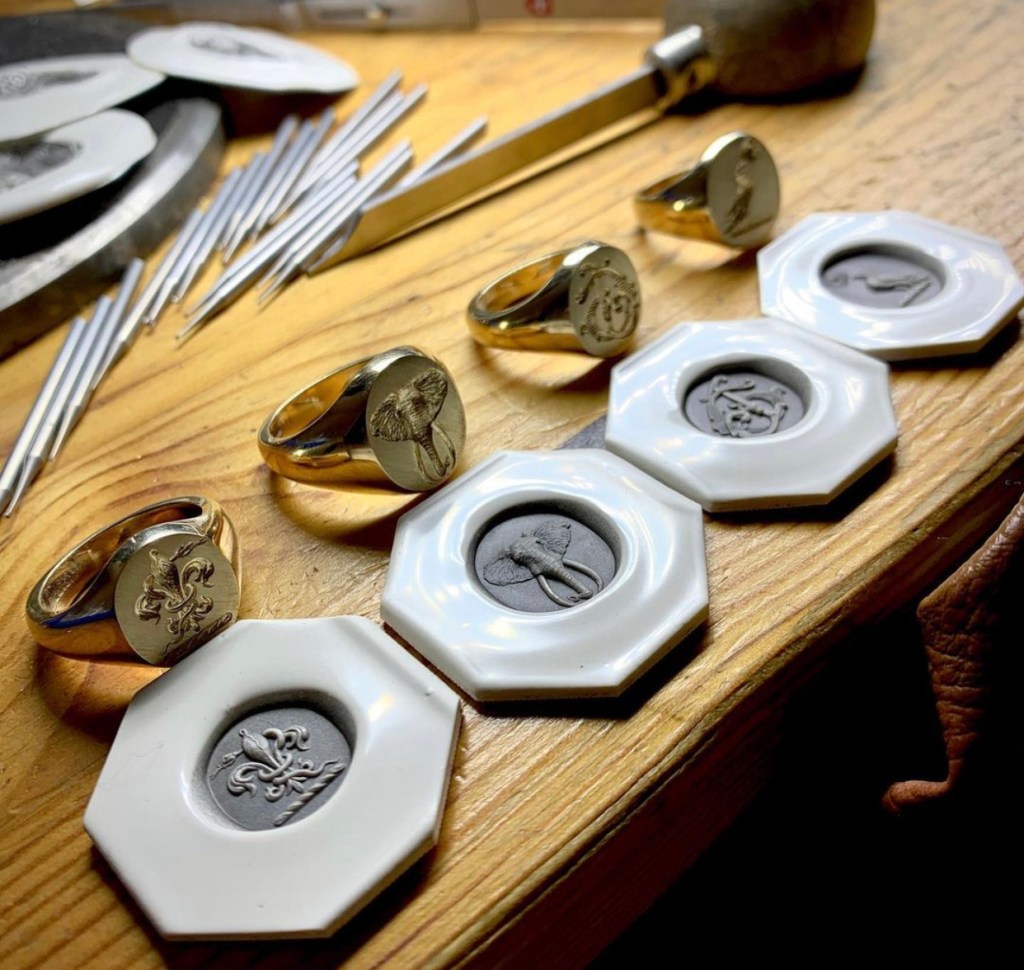 Here, we take you from conception all the way to the final creation that now adorns my finger.

Alex was incredibly insightful from the start; he carefully explained the process of emulating a family crest or creating a monogram. The website gives the option to select the shape, carat, weight, engraving and additional touches such as a motto or wax impression. The site is very polished and easy to navigate, where each variable is simply laid out and you can place an order after a few clicks.

I selected a medium sized oval shape 18ct yellow gold ring, along with customised monogram engraving. This design service is bespoke so it costs extra based on the request. Creating a signet ring starts at £1200, which is competitive and reflective of the work that’s required to make a piece of art that starts from just one illustration. 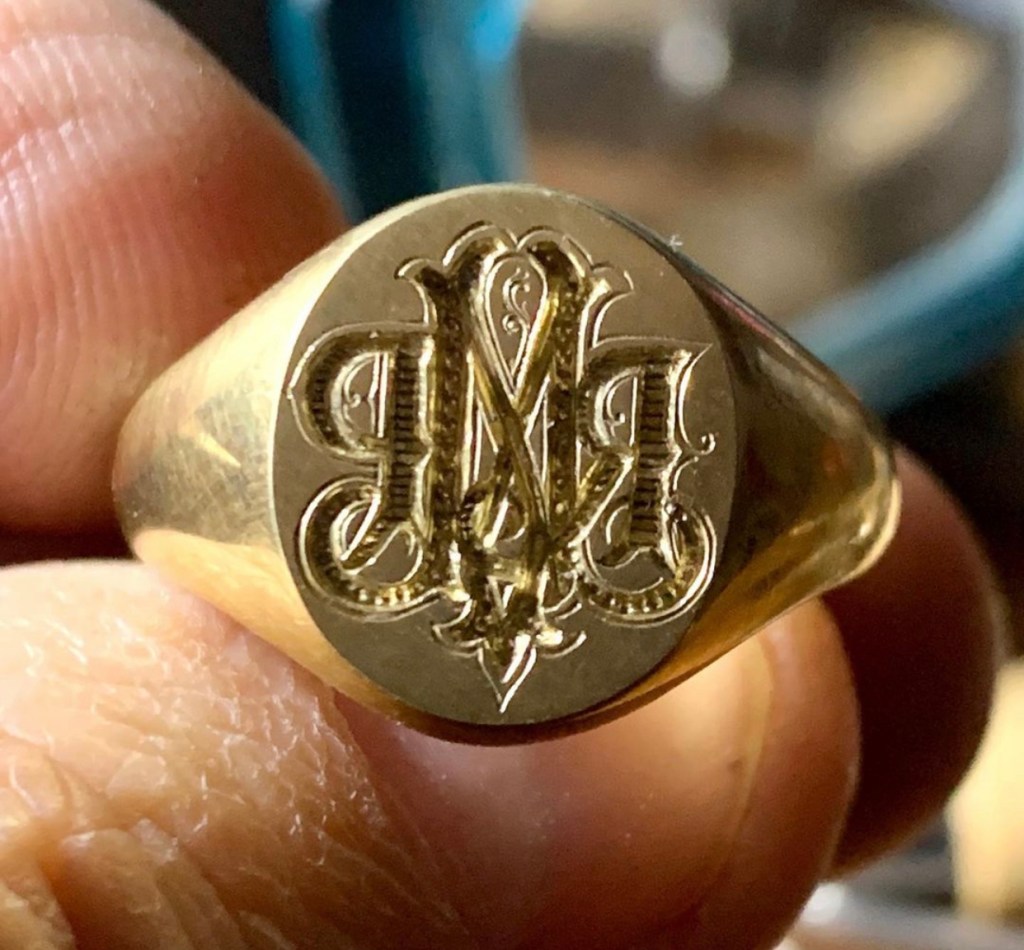 Soon after, I was presented with a monogram featuring my initials in the style of a Victorian Seal. The level of detail and creativity was impressive. This would later be used as the basis of the engraving on the ring’s face. 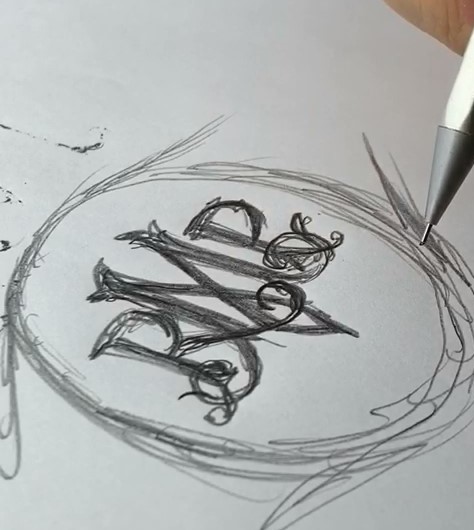 The illustration was exactly what I wanted. At this stage, I could already envisage the ring on my finger. From this point onwards, Alex advised the process would take 4-6 weeks, a fast turnover considering the master-craftsmanship needed to achieve these meticulous results.

Once the engraving was complete, Alex immediately sent pictures of the signet ring with wax impression of my design. I was able to take the illustration as reference, and admire each step of the process to reach this stage. 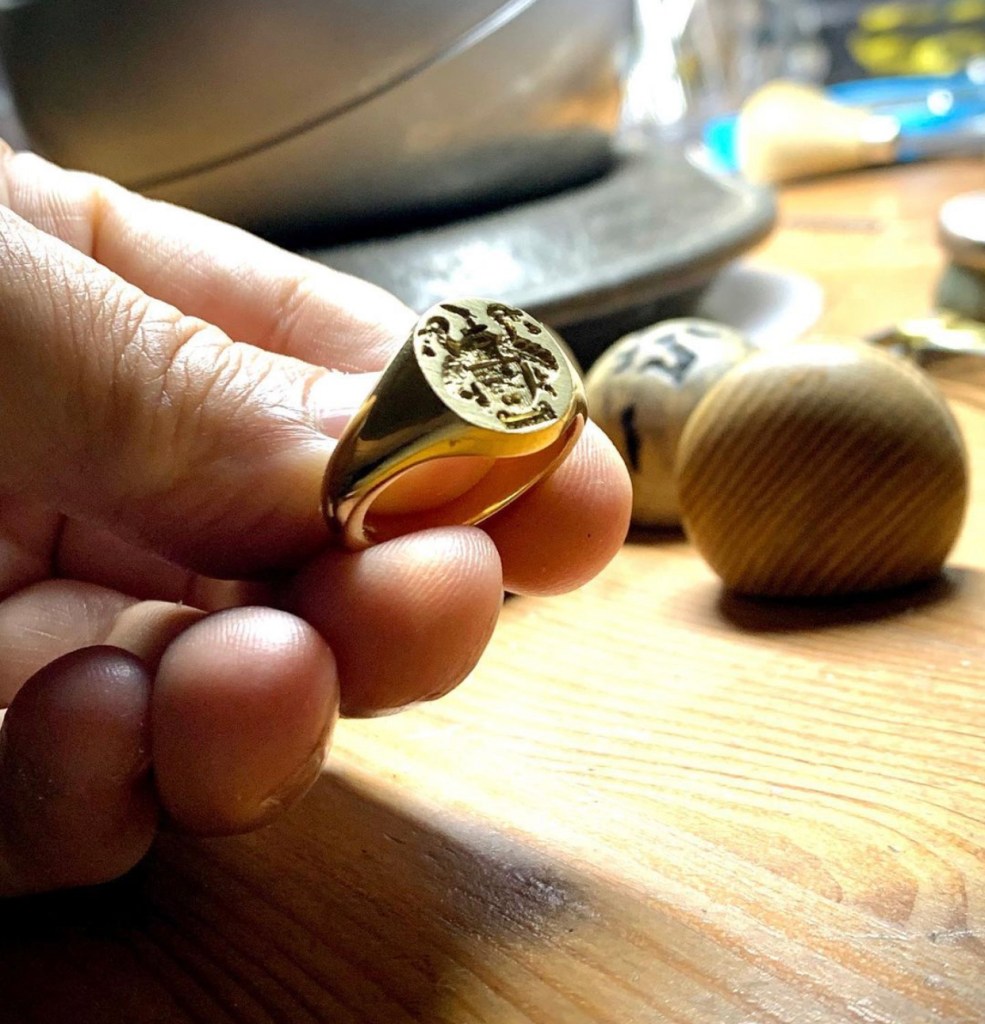 My ring was then created and sent to me. I was thoroughly impressed with the level of expertise throughout, especially the skill of engraving which has resulted in a timeless piece that I can enjoy for life.

All imagery courtesy of Signets & Seals