Written by an award-winning writer Tina Jay and directed by actor and producer Jack Brett Anderson, Syndrome examines the social, physical and mental relationship between Deno, Ray, Matt and Gabe – four young British soldiers on combat duty in Saudi Arabia in 1991 during the operation Desert Storm. 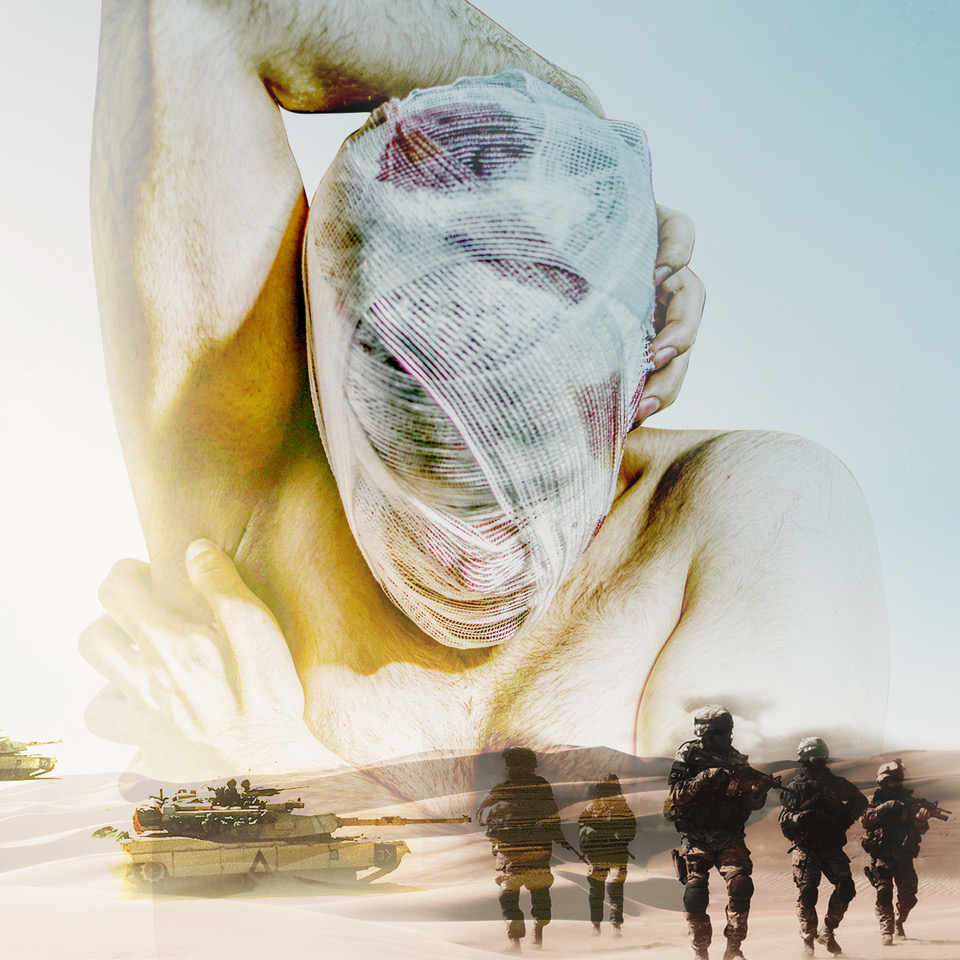 This is hard hitting stuff. Waiting to move to the front and facing the feared release of chemical and biological weapons, the men spend their long heated days in scheduled military preparation undergoing a barrage of vaccines, sprays and pills. Mounting tension is relieved only by venting their frustration into ever-increasing boisterous behaviour. 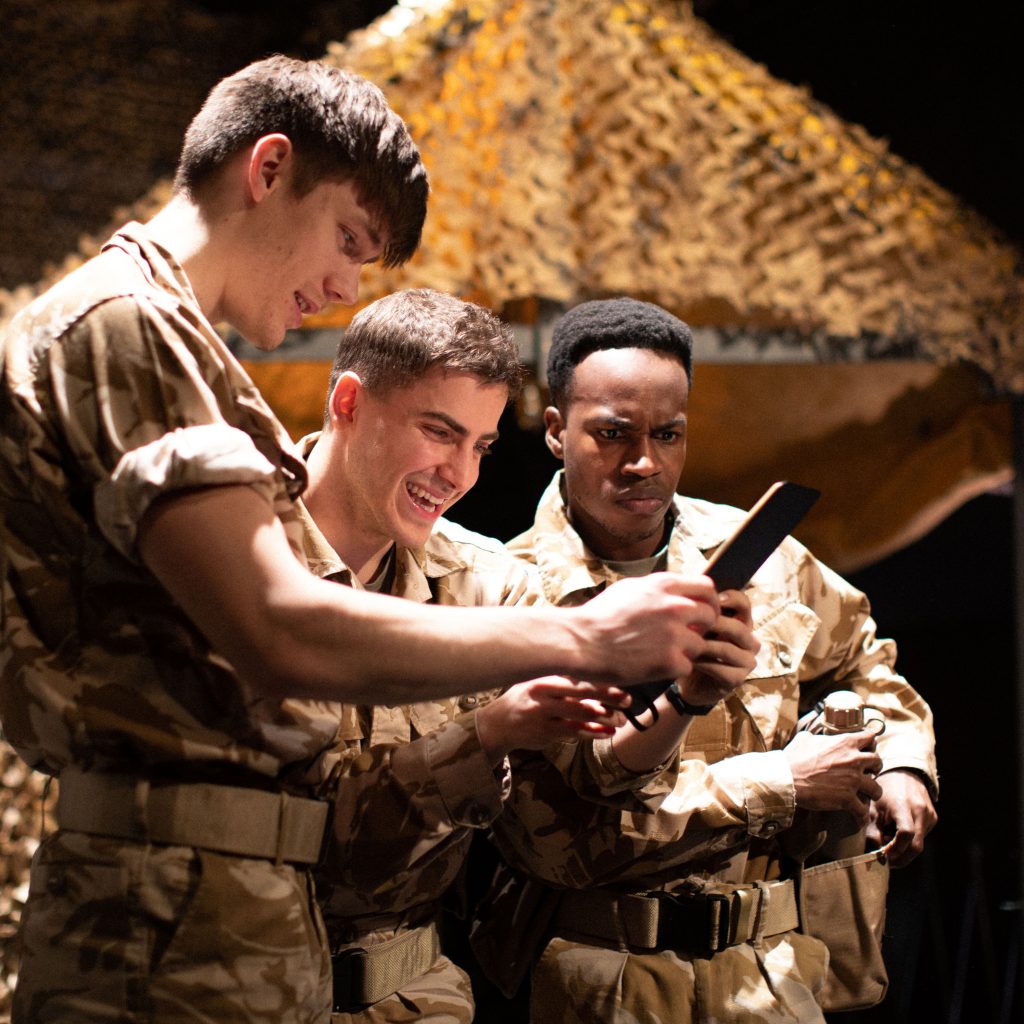 Robert Wilde (Matt) excels as the upper-class officer who keeps the boys in place, but struggles with his own life while Romario Simpson (Ray) and Kerim Hassan (Dino) give the impression of having known each other for years. Akshay Kumar (Gabe) exceptionally handles two very different roles in a very short time frame. 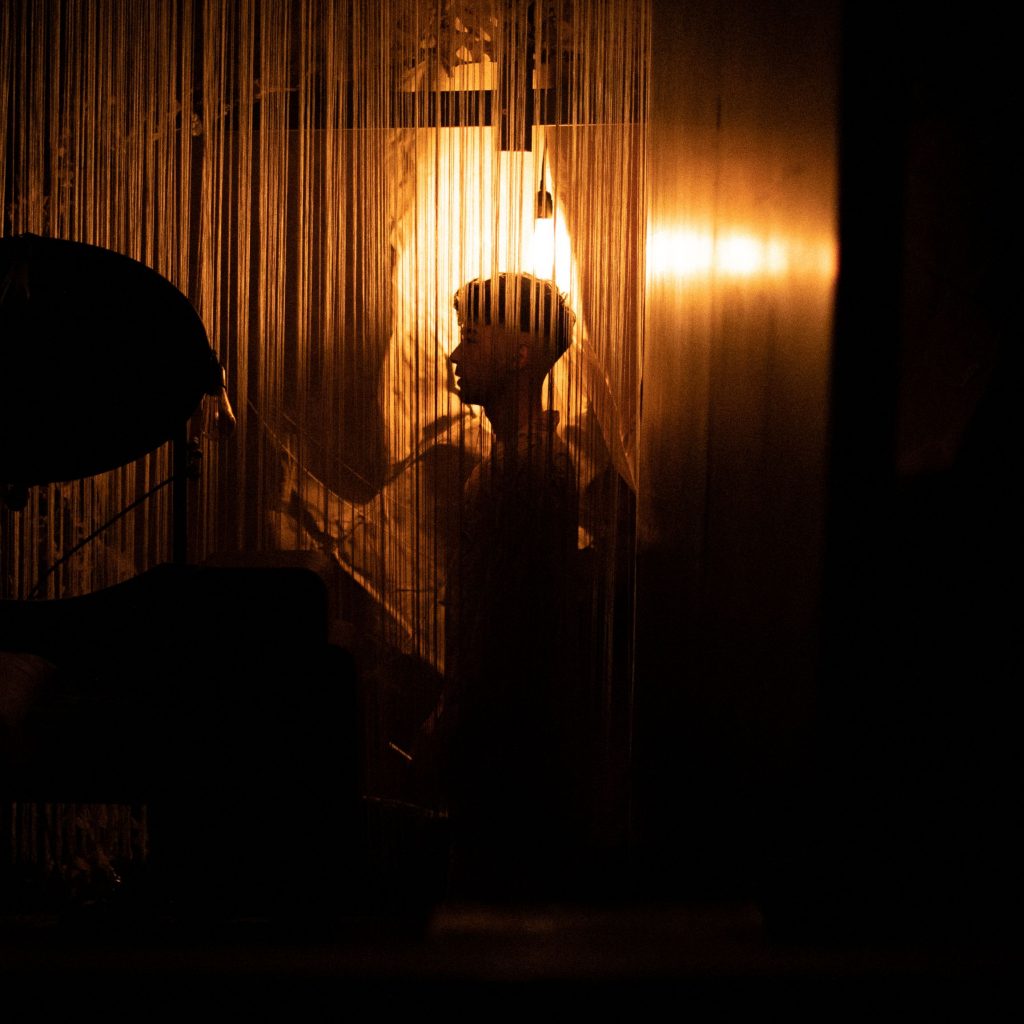 The second act transports us to the life after war, where five years later the boys are reunited but they’re all struggling with consequences of Gulf War Syndrome – the much publicised, but mostly misunderstood set of psychological and physical effects experienced by those returning from this conflict. 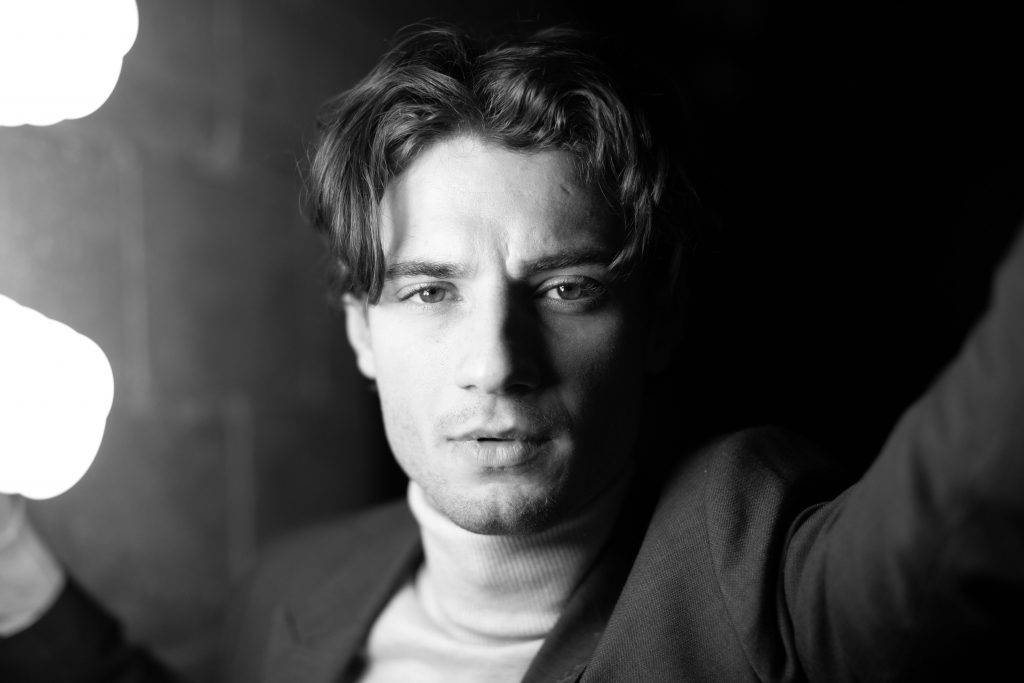 Tina Jay’s writing is sharp, funny and full of emotions, whether it’s the pictures she paints about the burning oil fields or the situations and unexpected plot twists that feel relevant to the modern day. The passion that went into the show is visible in every second of performance, while the strong language perfectly captures army life. 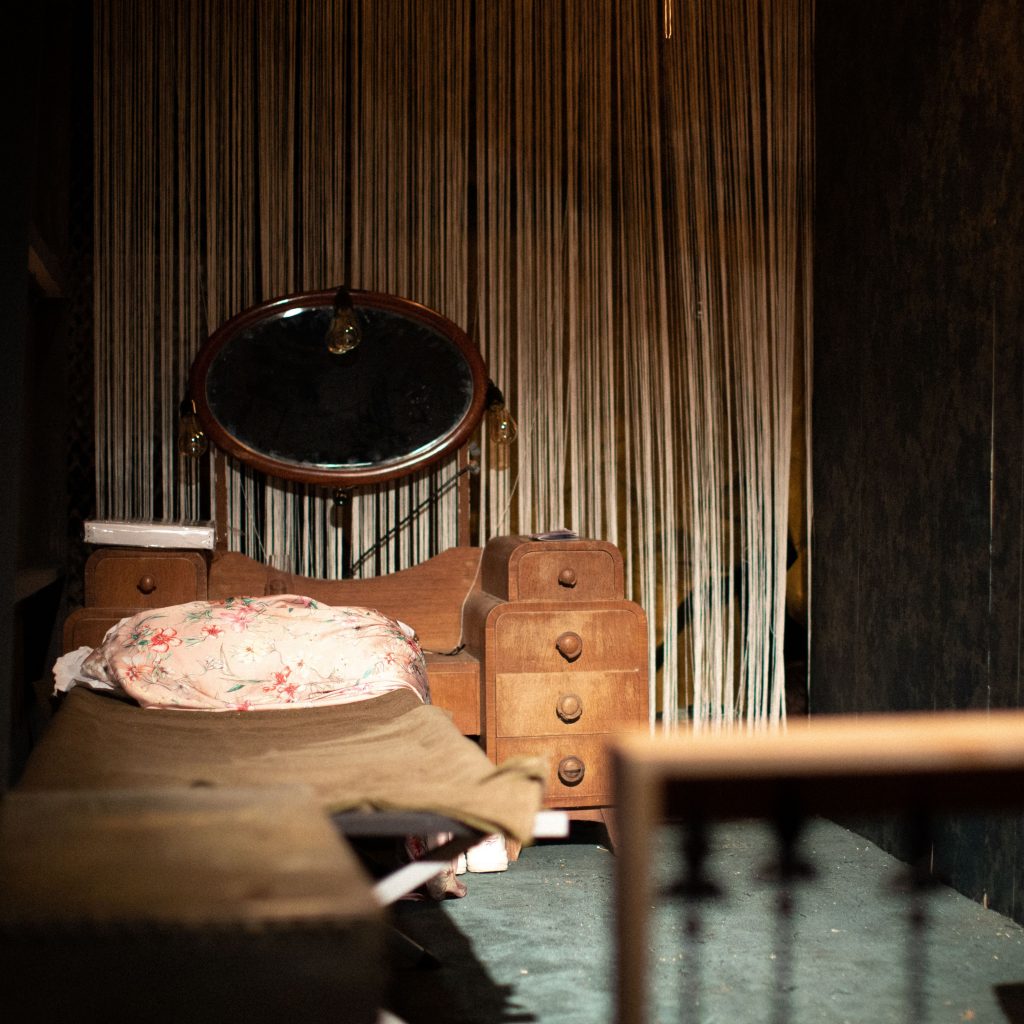 Jonjo McGuire’s set design is an excellent example of what can be achieved in a smaller space. In the first half, the set recreates the military camp, complete with sand, folding beds and camouflage netting. The second set is striking with one half showing a room of a male sex worker and the other an apartment of a fallen hero evoking the claustrophobic feeling suggesting that once you leave the war, you never really leave.

Syndrome also vigorously and bravely explores elements of being gay in the army, anger and heartbreak, offering us as the audience a look inside the lives of many soldiers who are still feeling the long-lasting effects of war. Strong writing combined with affectionate performances make it an unmissable night of theatre which succeeds to entertain and educate at the same time.

Syndrome is at the Tristan Bates Theatre until 29 February and tickets can be purchased at actorscentre.co.uk/theatre 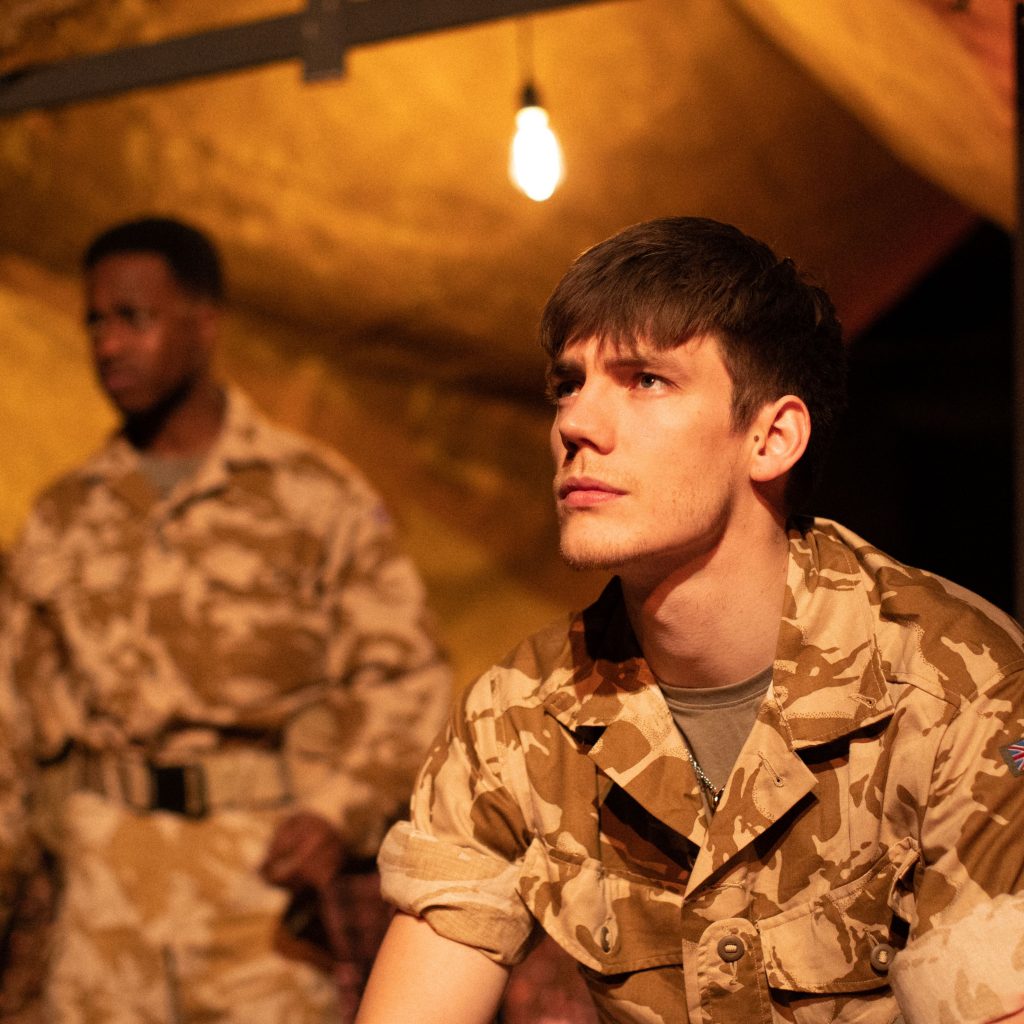