As one of the top names in British male grooming, Ted’s Grooming Room has an air of familiarity. Indeed, it was set up by the famous British designer of the same name: Ted Baker – a staple among top names on the high street, and to be honest, grooming isn’t a stretch away from those traditional roots.

Boasting a number of branches throughout London, Ted’s Grooming Room is now an established name in the luxury barbering scene. I’d been invited to try the Mayfair branch’s new VIP treatments, a choice of four treatments from £45 that include shaving, a haircut, beard design and a few other little surprises.

As British as such a place could be, there was also a sense of fun and great attention to detail. On arrival at the Mayfair branch, I was escorted to a private saloon where I met Ali, one of the head barbers. We chatted about his career and that of the others in the shop, who were all Turkish barbering professionals at the top of their game. 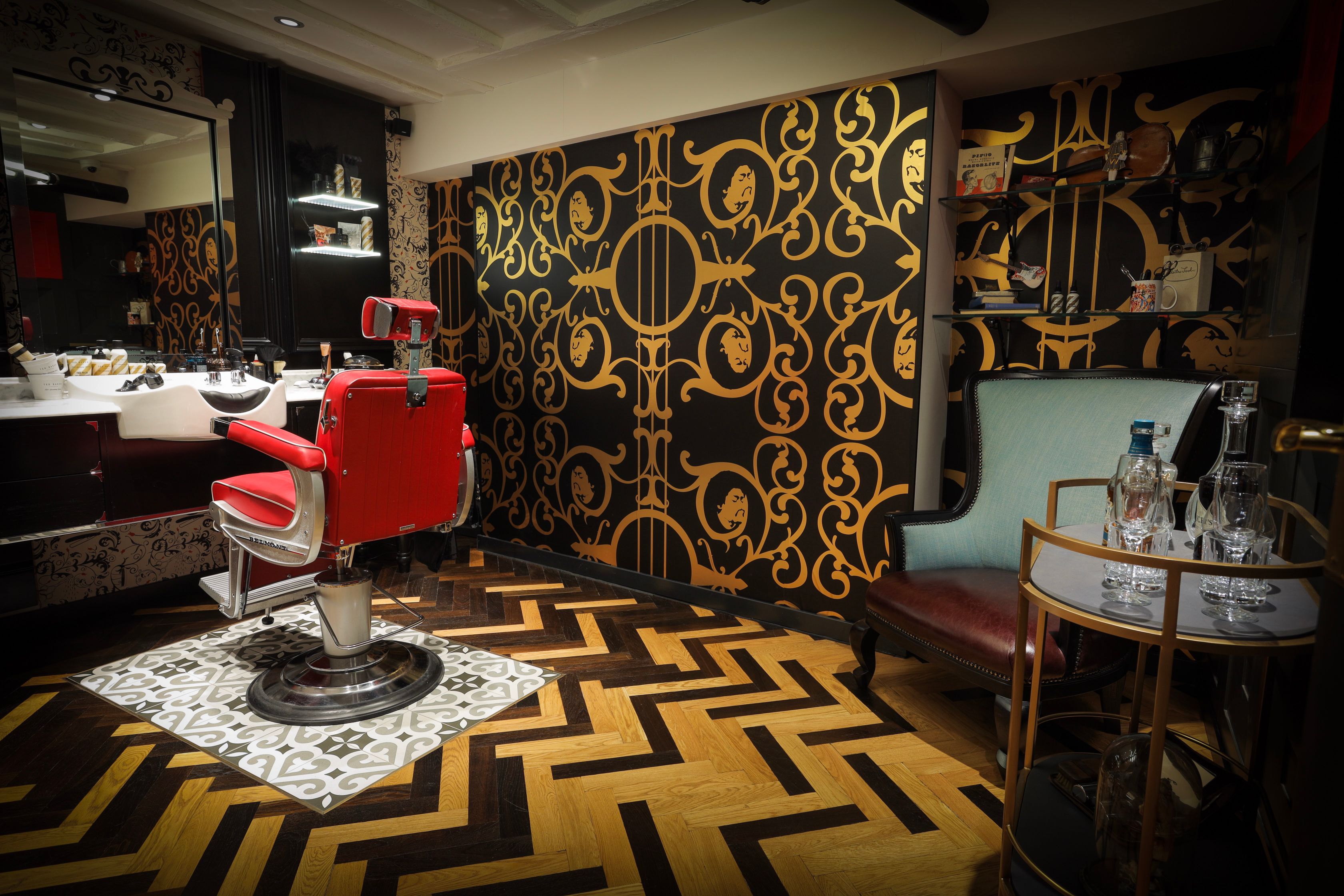 The room was beautifully decorated with fine wooden finishes, while a steamer gently blew in the corner, hinting at treatments to follow. There was good Scottish single malt whisky available, beer and soft drinks (which are all complimentary and included in the price), as well as the finest Turkish coffee. I was amazed to find out that it was Ted’s very own branded Turkish coffee too.

Facing the mirror and discussing my requirements with Ali, I was set to go with the top service offered by Ted’s Grooming Room. Ted’s Ultimate VIP treatment is reserved for those seeking the epitome of luxury barbering. Starting with a sharp and stylish haircut followed by an expert shaving with steamer, shape-up or beard trimming service, eyebrow trimming and traditional Turkish earflaming. 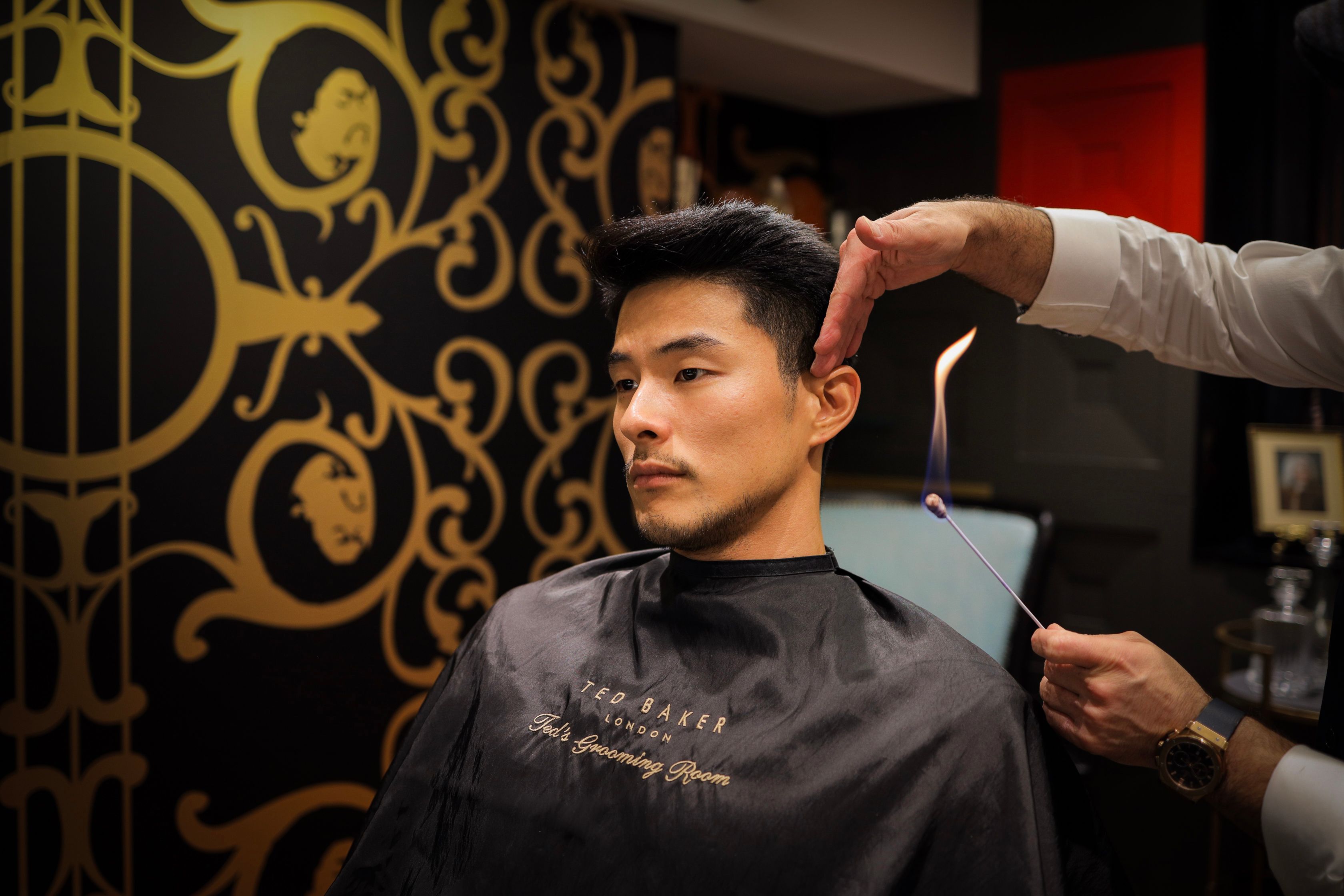 The hair cut was executed with fine precision with great care taken also in making sure my beard was sharp, symmetrical and in the best condition it could possibly be. I feel like this was the beard trimming experience that made growing it out worth it, something I tend not to do. Expectations were exceeded in this regard – with a hot towel treatment as well as a face, head, neck and shoulder massage part of the package. Brow threading and waxing services are also available for extra preening points.

I was then offered a nose waxing, one treatment I accepted that may actually be worth pondering for a moment or two longer than I had! This involves stuffing each nostril with a black tar-like substance. It was only when it had set rock hard that it dawned on me that it would then need tearing out. In honesty, it was less painful than I imagined and the results were excellent.

All in all, I was delighted with my hair and beard styling as well as the dozens of other little tricks and trinkets employed during the treatment at Ted’s Grooming Room as well as the complimentary drinks. I tend to judge a grooming session on time taken and I was delighted that while working fast and efficiently, no details were spared or corners cut. The Ultimate VIP Treatment took around an hour and a half with so much squeezed into that time frame. 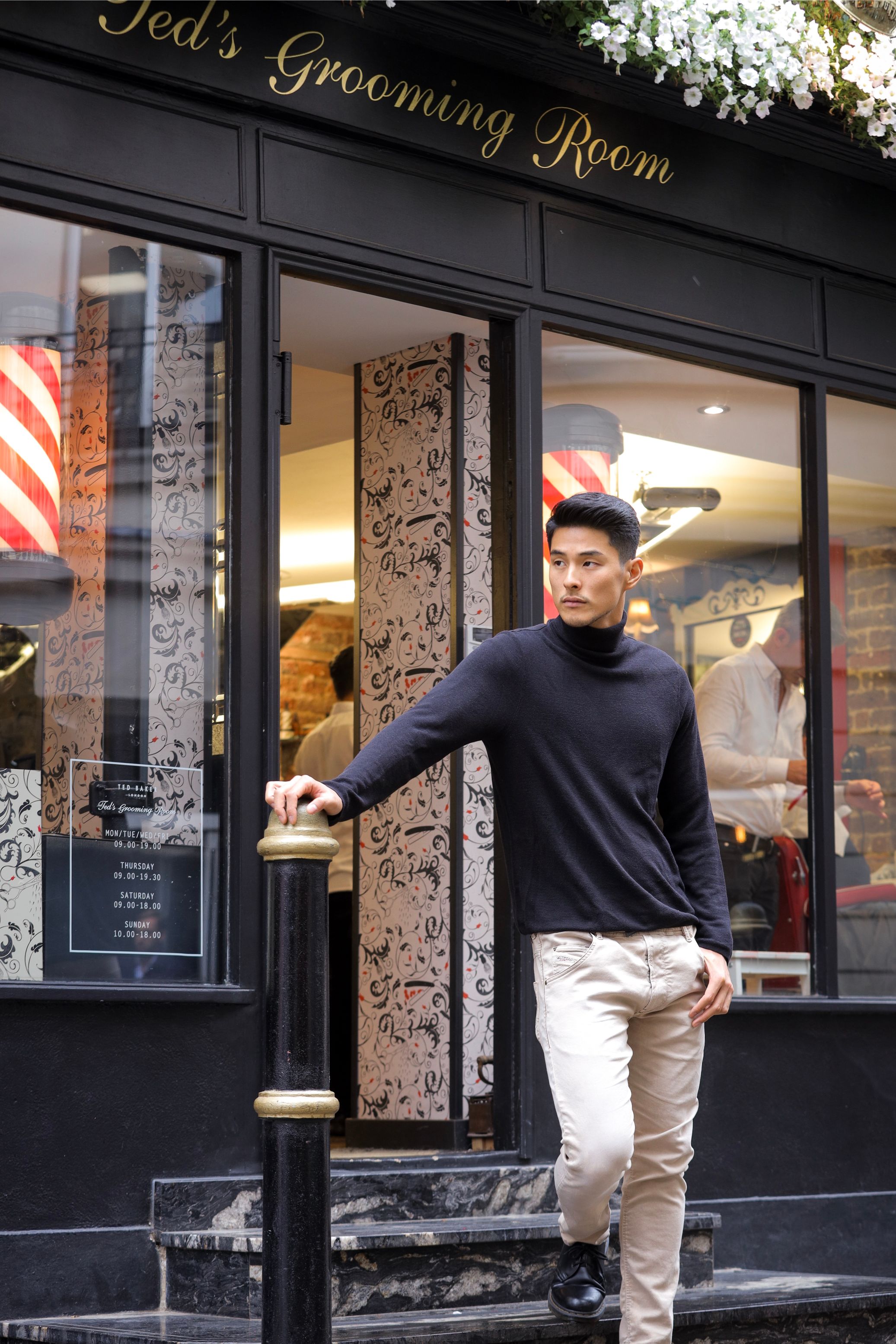