Sipping a botanic-infused cocktail while watching the sun set over London from the 28th floor of the Hilton Park Lane is a fine way to finish the weekend. Galvin at Windows, home to First Dates French hero maitre d’ Fred Sirieix, has just relaunched its birdseye bar, Ten Degrees –  and it’s fabulous.

Previously the space could have been described as a trifle stuffy but now it oozes the luxurious simplicity of an Oriental garden all lush greens, origami birds, polished brass and an imposing bar chock full of premium spirits and potions for their magnificent cocktails. 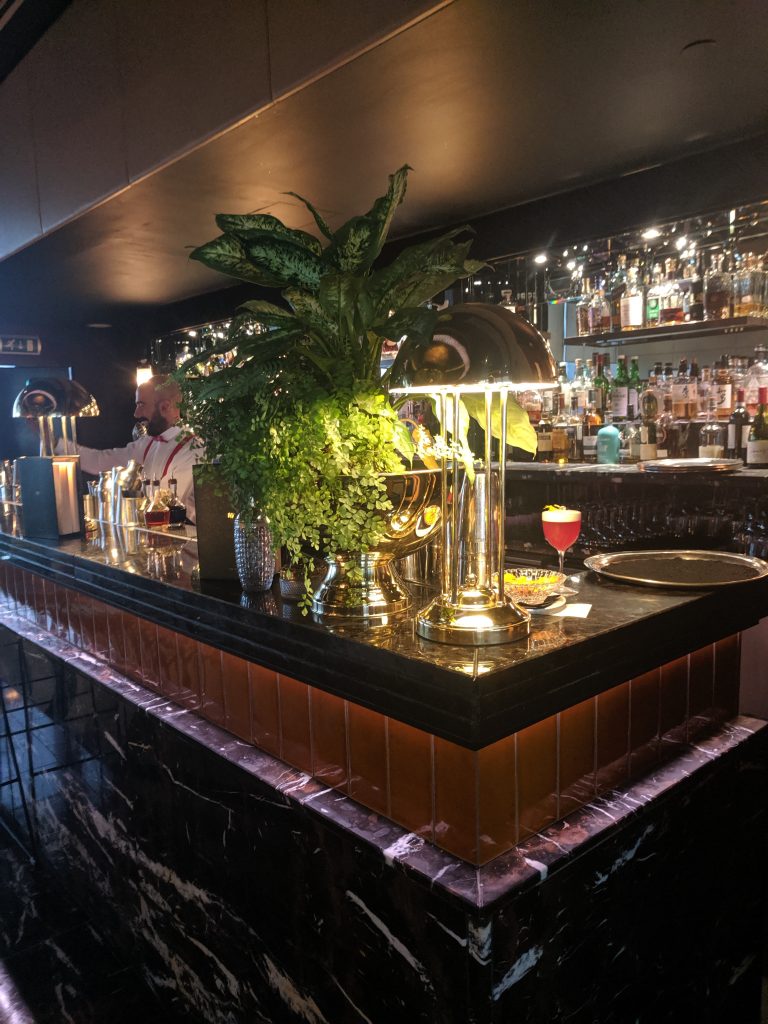 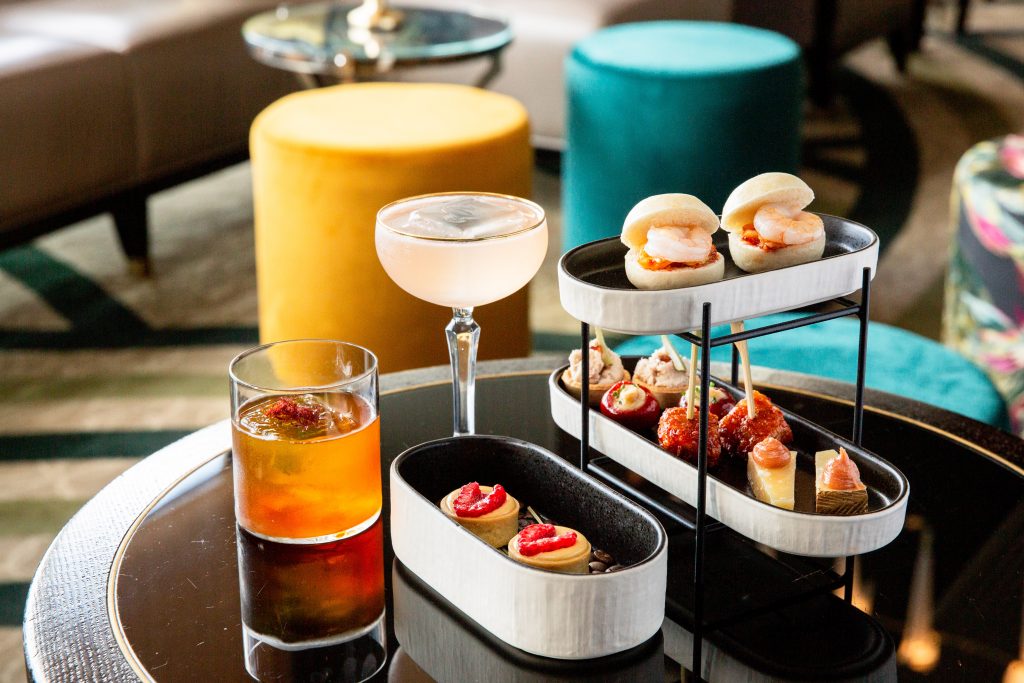 Ten Degrees Bar is named after the ‘golden hour’, the time after sunrise and before sunset when light strikes the earth at an angle of 10 degrees, bathing everything in a dusky glow.

We visited on a Sunday evening – the bar was quiet, but that simply showed off the refurb even better. It was spotless, gleaming and the 360 views were incredible.

If you’re after a full meal then Windows was next door is the spot for you but we were in the mood for cocktails, people watching and delicious snacks.

The staff at Ten Degrees Bar are so clearly passionate about what they do and what’s great is that they’re so involved in crafting the cocktails. Some of which take months to perfect. 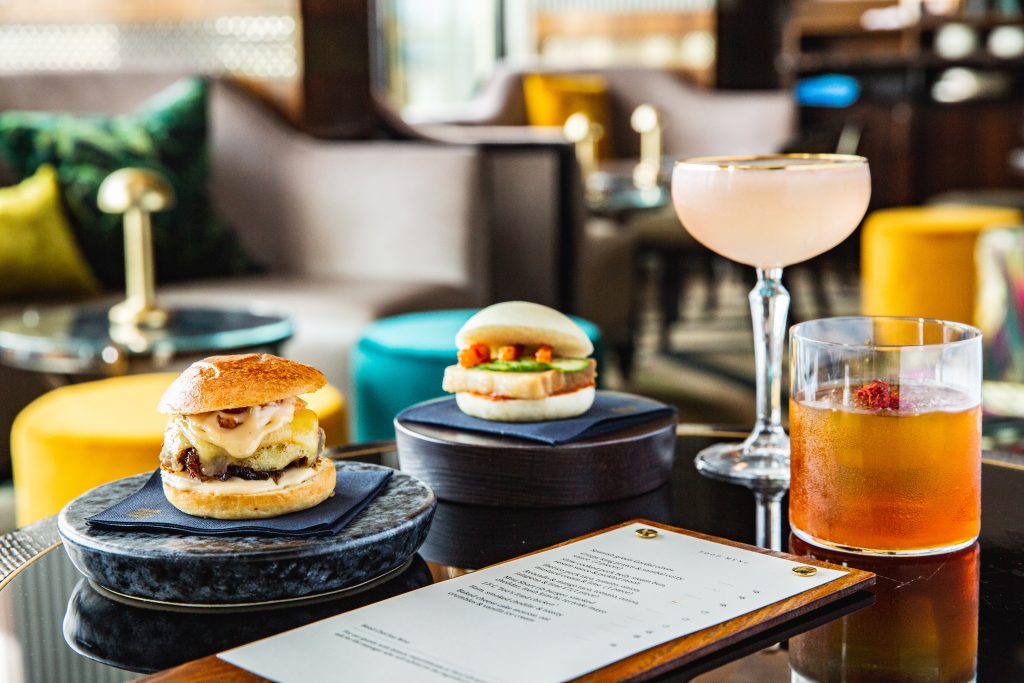 In honour of the ‘golden hour’ we began with a concoction of the same name. A lovely blend of Tanqueray gin, Italicus, citrus, orange bitters, Angostura bitters, topped with champagne – refreshing and perfect to start.

We also tried the Apera: Talisker 10, Pedro Ximénez, champagne reduction, aromatic bitters and salt – it was caramelly with a peaty hit from the whisky.

Next up was a gin and tonic with an herbal twist and a Kanesya: Absolut vodka, Dom Benedectine, 30&40, citrus, grenadine, carrot, rhubarb and egg white.

You could tell each cocktail had been carefully created and each was a different riot of flavours. And the bartenders seemed to know which drinks suit your personality, which is always a fun game to play 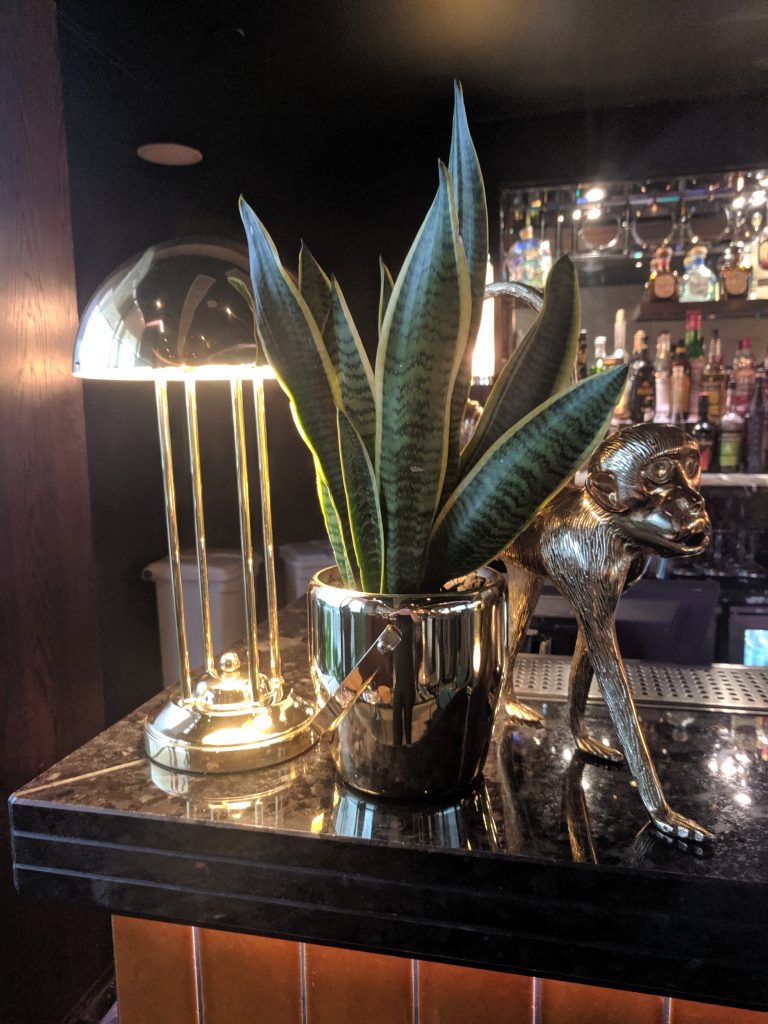 We left our choice of snacks to renowned head chef Jon Woo. Woo trained at Le Cordon Bleu and his bar menu certainly reflects this.

We had crispy king prawn with sambal curry sauce  – which was deceptively spicy. Then Ibérico pork taco, tomato, onion, mustard cream and lime – perfect. We also tucked into a mini short rib burger with smoked Cheddar, fresh kimchi and teriyaki mayo – this was divine and lusciously rich, as well as Joo’s fried chicken and an avocado and mango taco with tomato, onion, mustard cream and lime.

Those dishes were definitely enough to share and fiery enough to warrant more cocktails.

By this point, London was twinkling beneath us, the bar had filled up and there was a terrific buzz about the place. 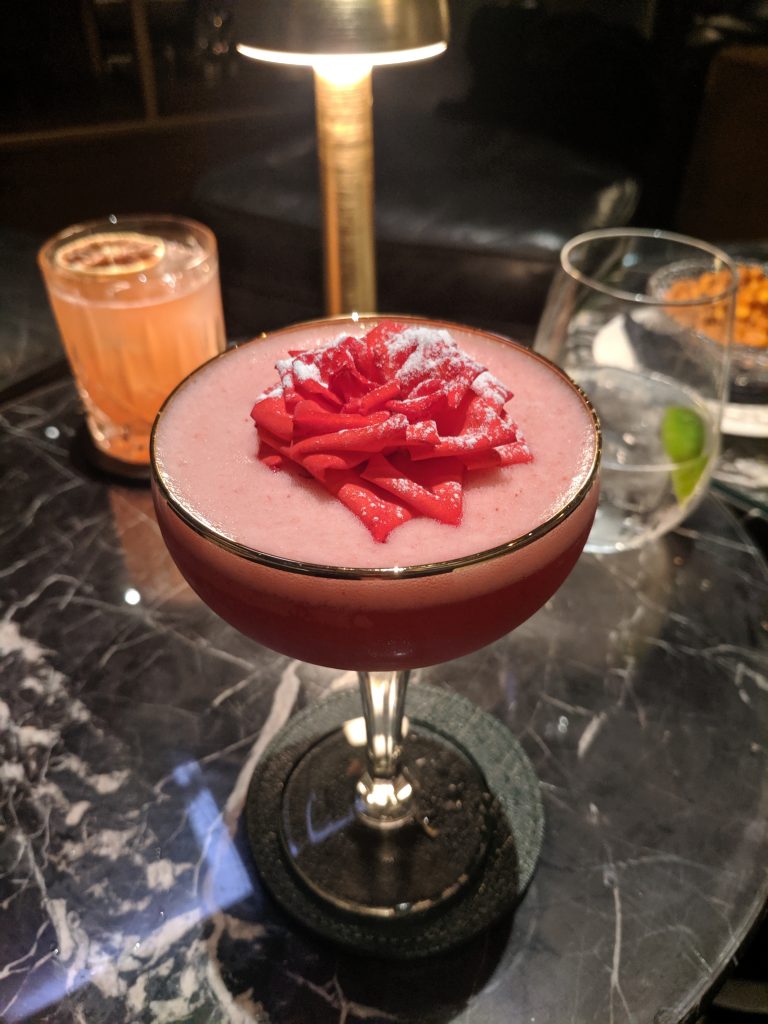 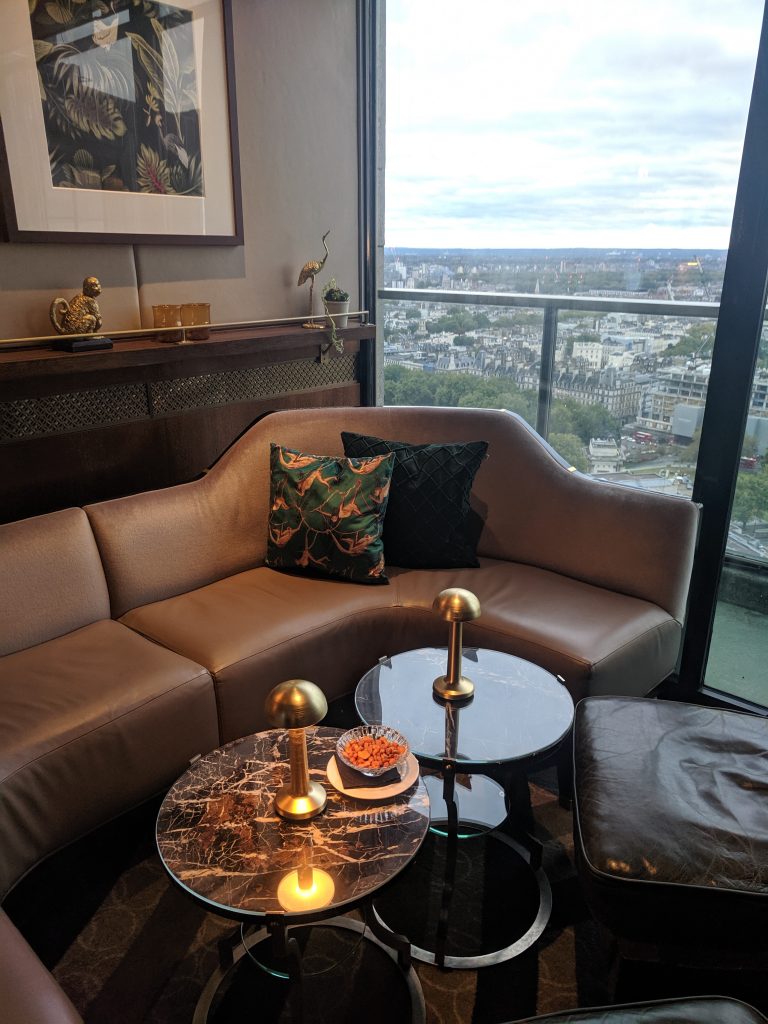 Time to finish the night with something extra special. We were presented with a Fruit Cake cocktail – Beefeater, Lillet Blanc, strawberry purée, vanilla syrup and Galvin champagne. Frothy, fruity and garnished with a real rose, this is said to be the favourite of ‘Master of Love’ Monsieur  Sirieix’s partner.

We were also treated to a smoky Boulevardier – whiskey, sweet vermouth and campari and so called after a chap namedr Erskine Gwynne, an American writer who founded a monthly magazine in Paris called Boulevardier.

Ten Degrees is super classy, the cocktails are inimitable and it feels like very a well-kept, fancy secret. Find it and you’ll be among very good company.

Ten Degrees at Galvin at Windows