From Heaven to Hell: A weekend in Trondheim, European Region of Gastronomy

“Is this course 13 or 14?” my fellow diner asked as we tucked into langoustine from the local fjord with browned butter and langoustine broth. It was only the 11th course of 22 to be served that night, but no-one was complaining.

I was in Trondheim, Norway’s third largest city, to find out why it is emerging as one of Europe’s most interesting culinary destinations. Located in the centre of the country, Trondheim is home to three of the world’s most northerly Michelin starred restaurants and has been declared European Region of Gastronomy for 2022.

With direct flights from the UK and a flight time of around two and a half hours, it is easily accessible for a city break yet is sometimes overlooked in favour of better-known destinations. We went to check it out. 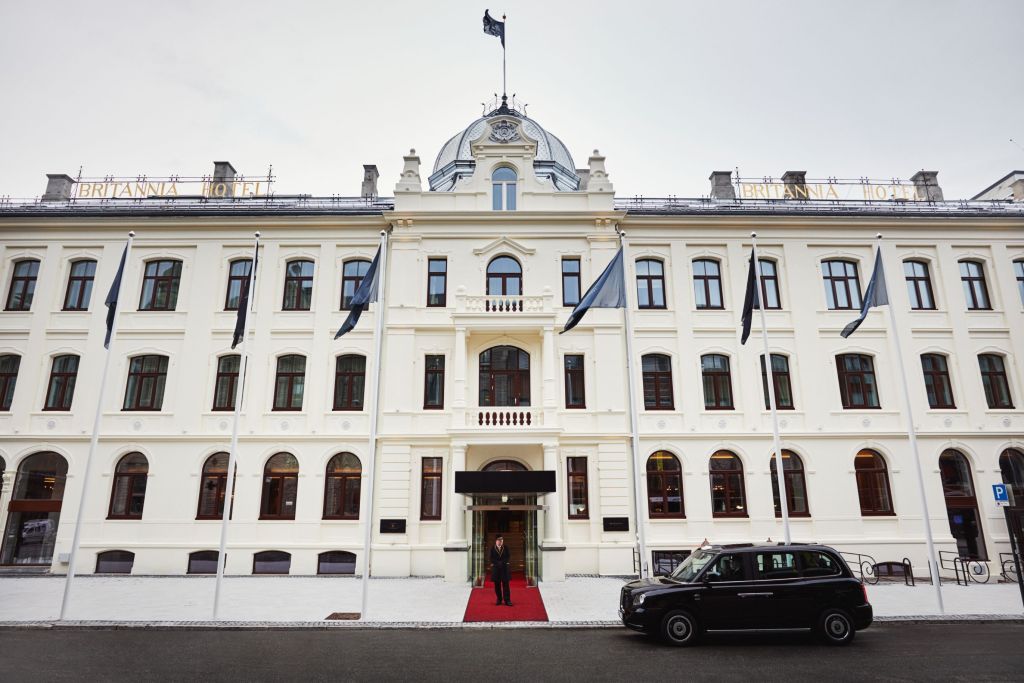 Day one – the smartest address in Trondheim

Our home for a four-day break in the city was the prestigious Britannia Hotel. The five-star property was refurbished in 2019 and is now considered the smartest address in Trondheim.

For more than 150 years the hotel has been welcoming British visitors through its doors. The name Britannia was chosen by the original founder, to attract the British aristocrats who had travelled thousands of miles to fish the region’s epic rivers – the so called ‘Salmon Lords.’ The then small hotel, opened with a plaque on its façade which read ‘We speak English, and we serve tea at 5pm’ – a time honoured tradition still in place at the hotel today. 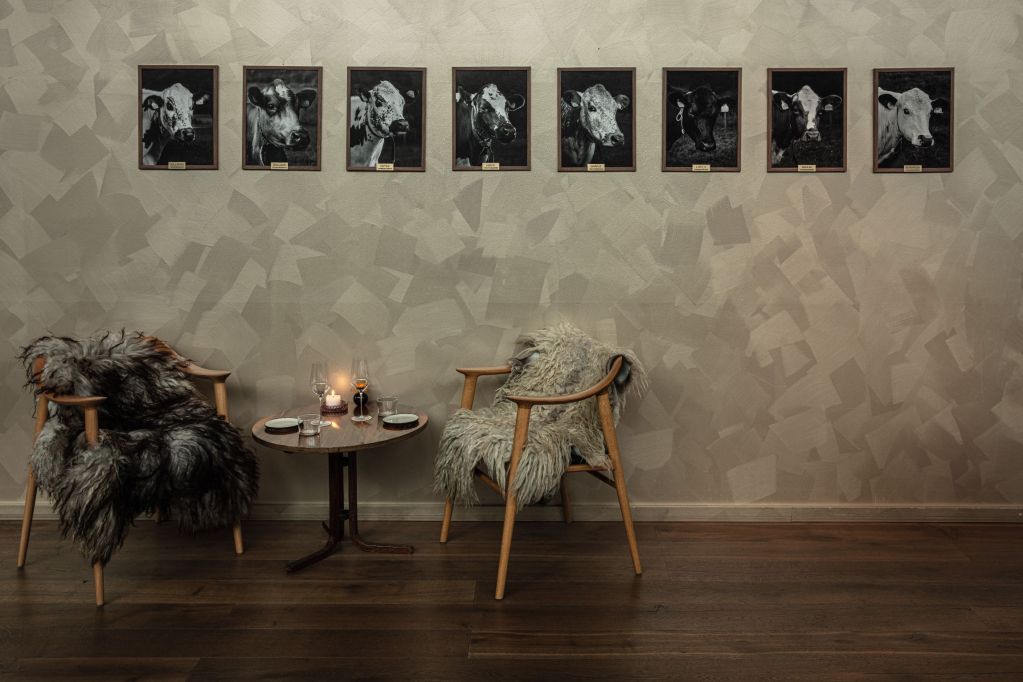 After a quick freshen up, we are keen to start our culinary journey and make our way to one of the city’s Michelin starred restaurants, Credo, for a 22-course gastronomic feast. The restaurant owner and Chef, Heidi Bjerkan, is well known on Norway’s culinary scene and was very much in evidence during our meal. Set in an old warehouse, Credo combines an industrial vibe with a homely Scandi interior, and the result is a welcoming & relaxed atmosphere, but don’t be fooled – the food is everything you might expect from a Michelin starred restaurant … and more. 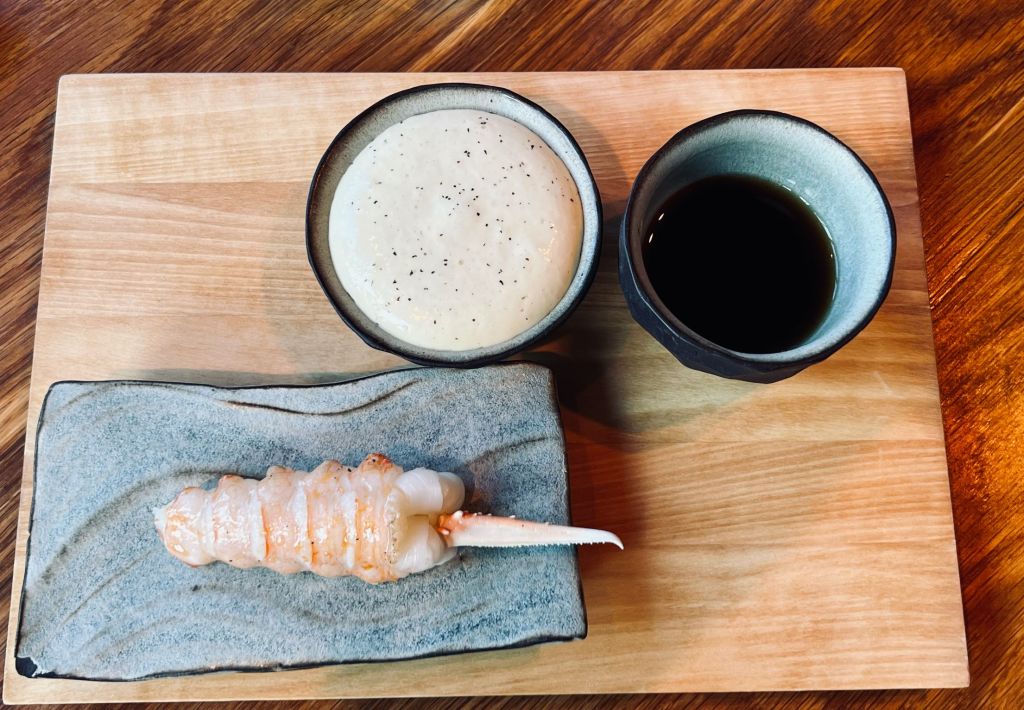 The courses continued to deliver on every level as one came after the other. At times it feels like there is no way we will make it through all 22 plates, but as dish after dish of tempting delicacies are delivered to our table, they are impossible to resist.

As well as having a Michelin star for its incredible menus, Credo was the first Nordic restaurant to gain a Michelin star for its sustainability practices. The restaurant sources all its food locally and has built a direct relationship with the Skjølberg Søndrem farm, just outside the city, who provide much of the produce served here. There are even photographs of the individual cows used to provide dairy products to Credo hanging on the walls of the bar area. 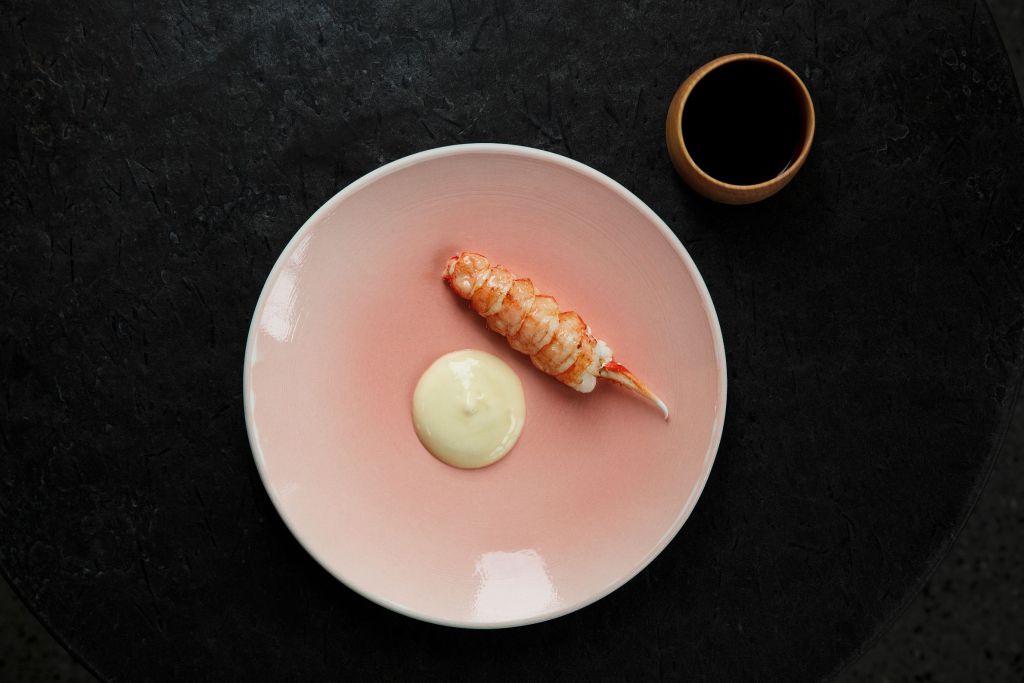 Credo is as serious about the environment as it is about serving good food, and is focused on finding new and innovative ways to be as sustainable as possible. One of their more recent innovations is to provide left-over fish bones to a local potter who makes clay and plates from them. Nothing is wasted!

While Heidi is very hands-on at the restaurant, she also admits to enjoying spending time foraging and had been out looking for local plants earlier that day. 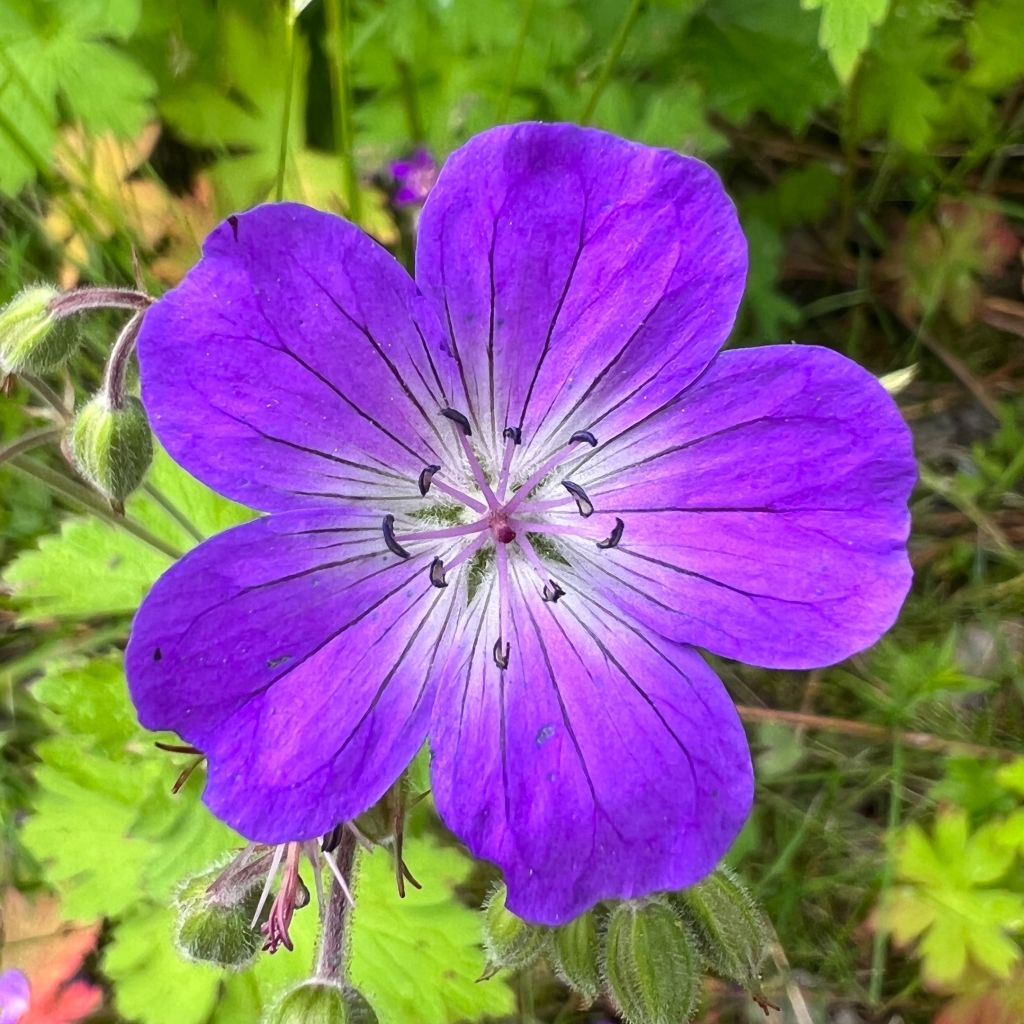 On Heidi’s recommendation we decided to give foraging a go ourselves. The unique geology of Trondelag plays a key role in establishing it as a centre of culinary excellence, yet it is still surprising that this one region provides 25% of the food produced in Norway.

The area is made up of an unusually diverse landscape which enables it to produce the best quality ingredients both in Norway and sometimes the world! The region’s farmland is rich in nutrients, its southwest facing valleys are bathed in sun, and it also benefits from humid coastal areas and cold, dry mountain plateaus plus some of the world’s most unspoilt fishing areas.

We met with Jim-André Stene from Trondelag Sankeri, an expert forager who works with some of Norway’s top restaurants. Within just a few minutes, he had us collecting a wonderful array of edible plants, and in a surprisingly short period of time, we had numerous boxes stuffed full to the brim with colourful flowers ready to be added to our al fresco lunch at the edge of the fjord. 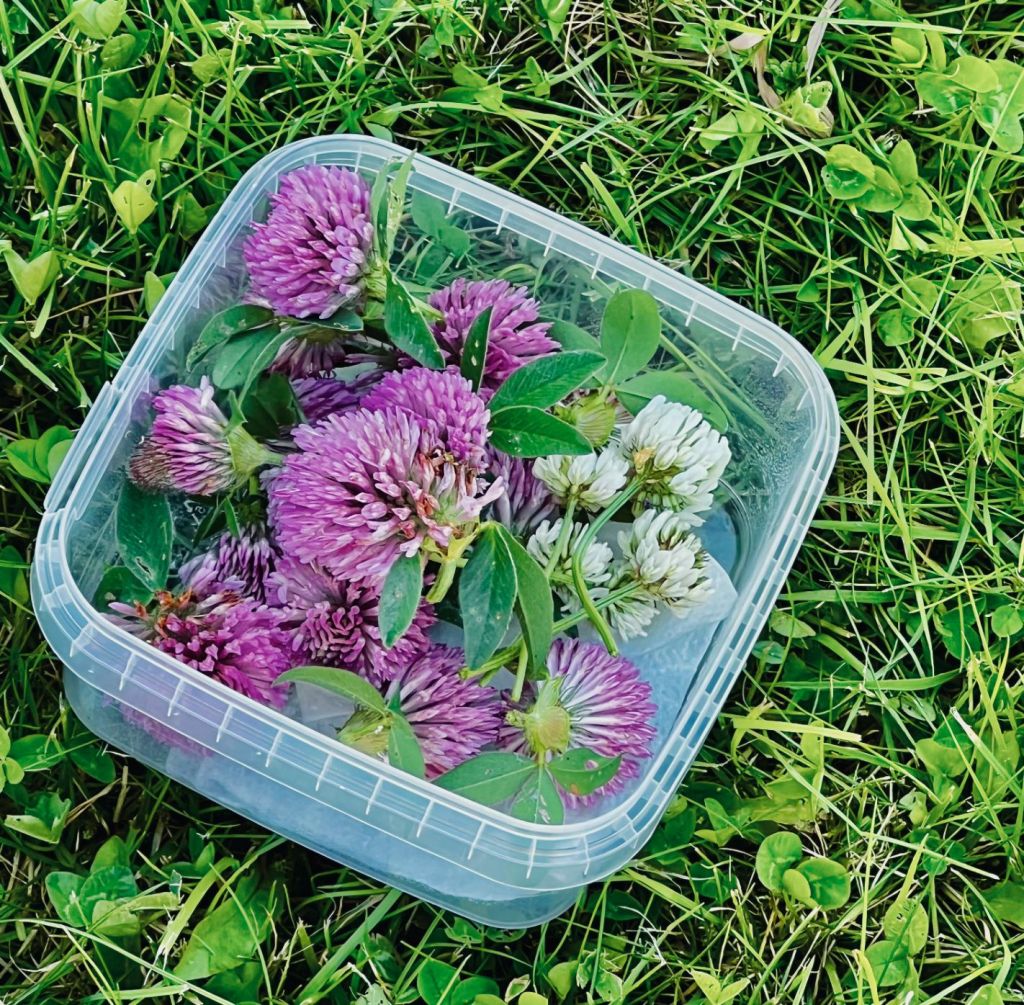 Foraging is increasing in popularity and the natural abundance of edible plants and flowers, along with a trend towards using local ingredients, allows Jim’s business to thrive. It’s not just the Michelin style restaurants that are focusing on this trend. He also picks ingredients for a local pizza restaurant.

Back at the Britannia Hotel, we headed to Britannia’s wine bar Vinbaren which offers an incredible cellar of 14,000 bottles. 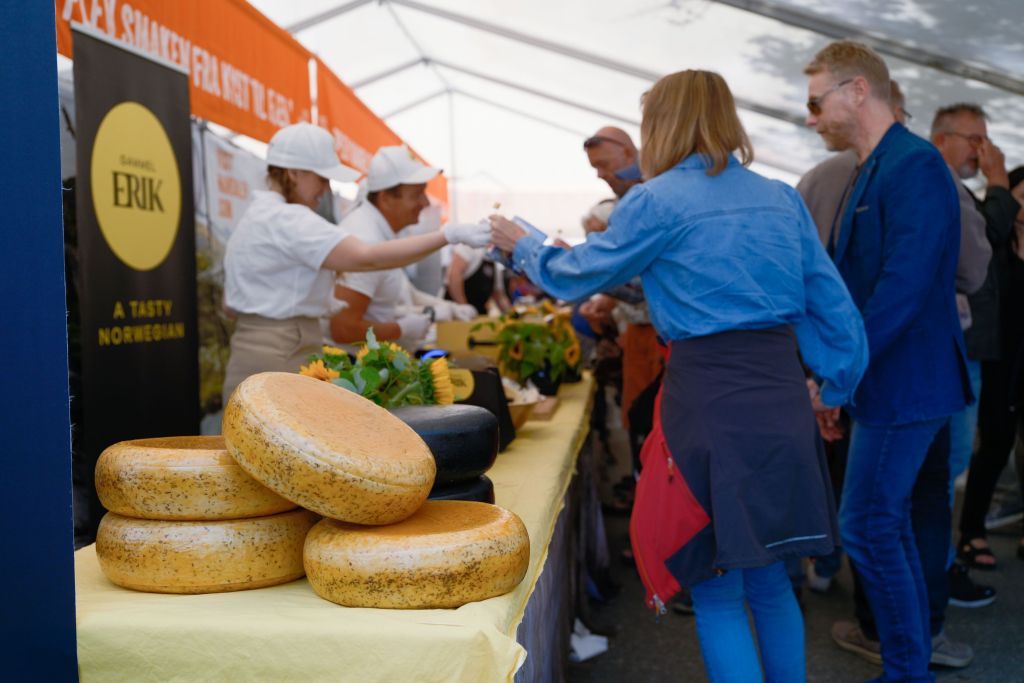 Day Three – A gastronomic feast for the senses

From the colourful wharf buildings along the River Nidelva to the charming wooden houses and cobbled streets of Bakklandet to the impressive Nidaros cathedral, all the main sights of Trondheim are easy to navigate on foot.

Our visit coincided with the Trondelag food festival, so after a morning spent exploring, we headed to the centre of the city to meet some of the more than 200 local food producers who were there to display their wares. 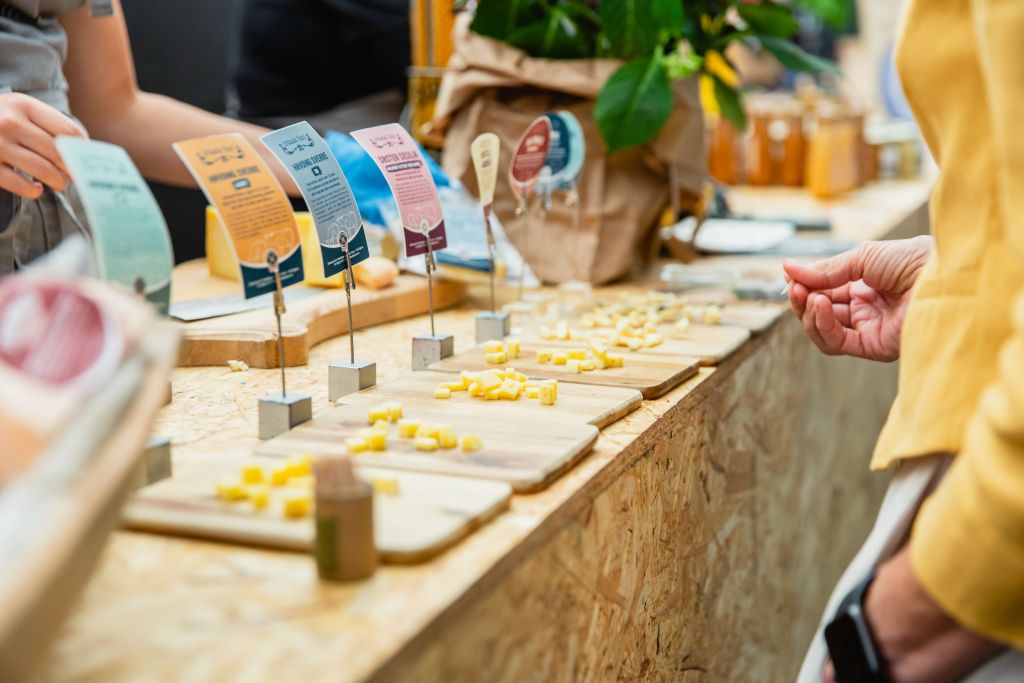 Our tastebuds were tempted by world class cheeses, seafood fished from the local fjord, meat from sustainable farms, vegetables grown under the northern summer sun and baked goods using locally grown grains. Among the local specialities on offer were smoked reindeer sausages, which were surprisingly tasty and salted dried cod, which may take a little getting used to!

Eating all those delicacies is thirsty work, so our next stop was the Trondheim Brewery Festival where visitors had to somehow decide which of the 300 kinds of brew from over 30 breweries to sample. With so much food and drink on offer it was hard not to succumb to temptation, but knowing what lies ahead, we moderated our desire to keep eating and headed back to our hotel in readiness for the evening ahead. 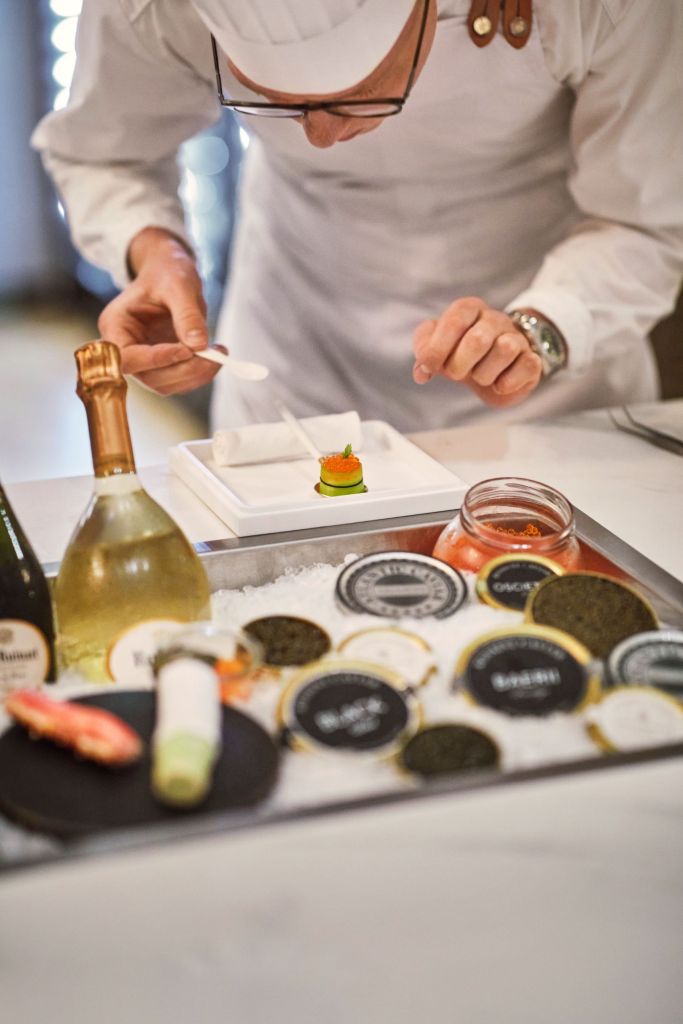 Dinner time on this gastronomic feast of a day was at Speilsalen, based at our hotel, which won a Michelin star within 10 months of opening back in 2019. The classically themed mirrored dining room has an air of elegance and a rather intriguing mix of formality and informality. 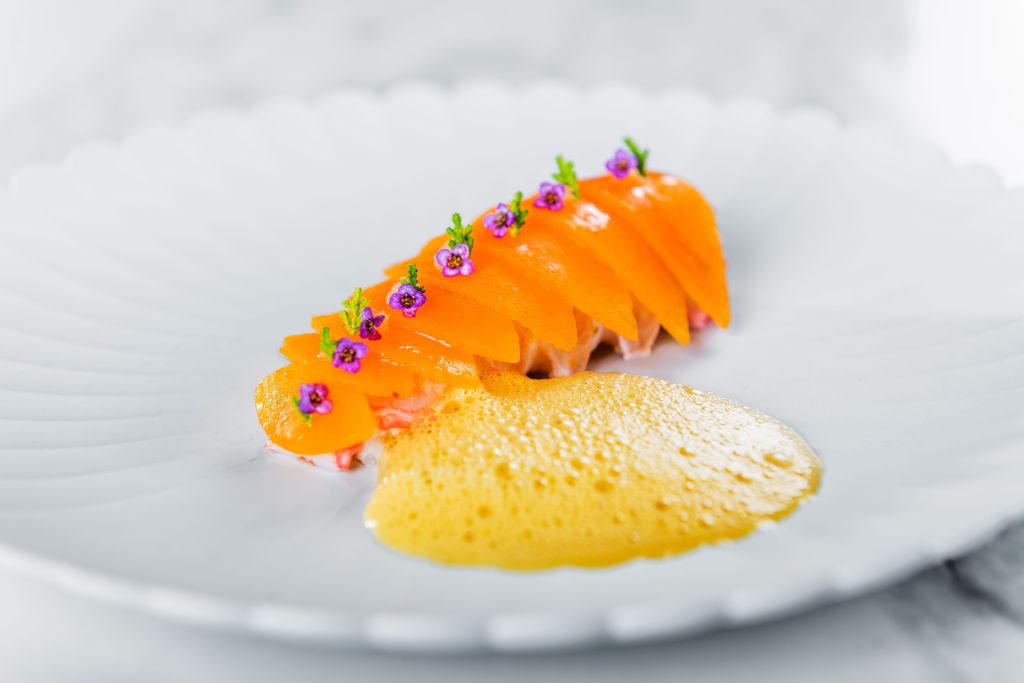 Our ten-course tasting menu with paired wines was put together by World Champion Chef and Bocuse d`Or silver medallist Christopher Davidsen. The time and effort that went into producing every single dish was immediately obvious. 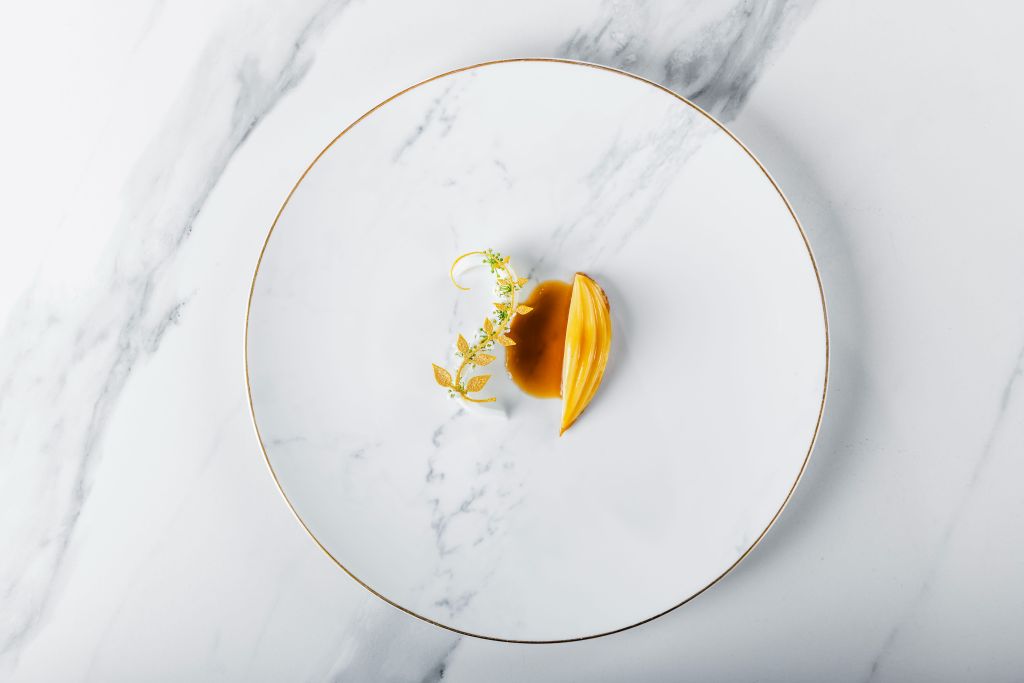 We dined on dishes such as halibut with blackcurrant and Norwegian curry and the delicious king crab with fennel and lemon verbena. Every course was impeccably presented and equally delicious, the perfect way to finish off the day. 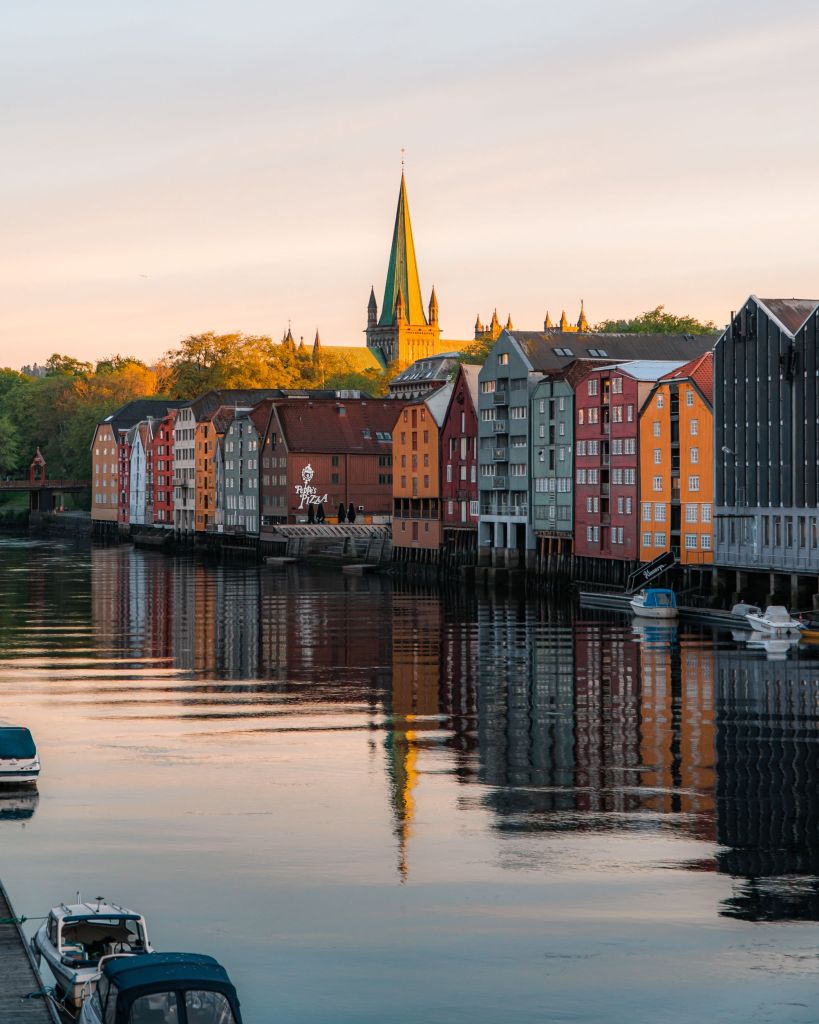 Day four – The Garden of Norway

If you want a different perspective of the city, then take to the water.

Led by ‘Captain Amanda’ we jumped on a traditional Viking style boat for a trip along the river Nidelva that runs through the heart of the city past the bright coloured wharf buildings, before heading out into the Trondheim Fjord where we watch a couple of young porpoises playing in the calm waters.

Back on land, we headed out of the city to Skjølberg Søndre, a biodynamic and organic farm run by Elin Östlund and Carl Erik Skjølberg. The farm provides produce to Credo, our impressive restaurant from the first night, and clearly demonstrates the importance of building direct relationships between a farm and the restaurants it works with. Carl showed us around, while Elin made a hearty and delish lunch of pulled pork. We even saw the cows whose photos we had seen in Credo just a few days earlier. 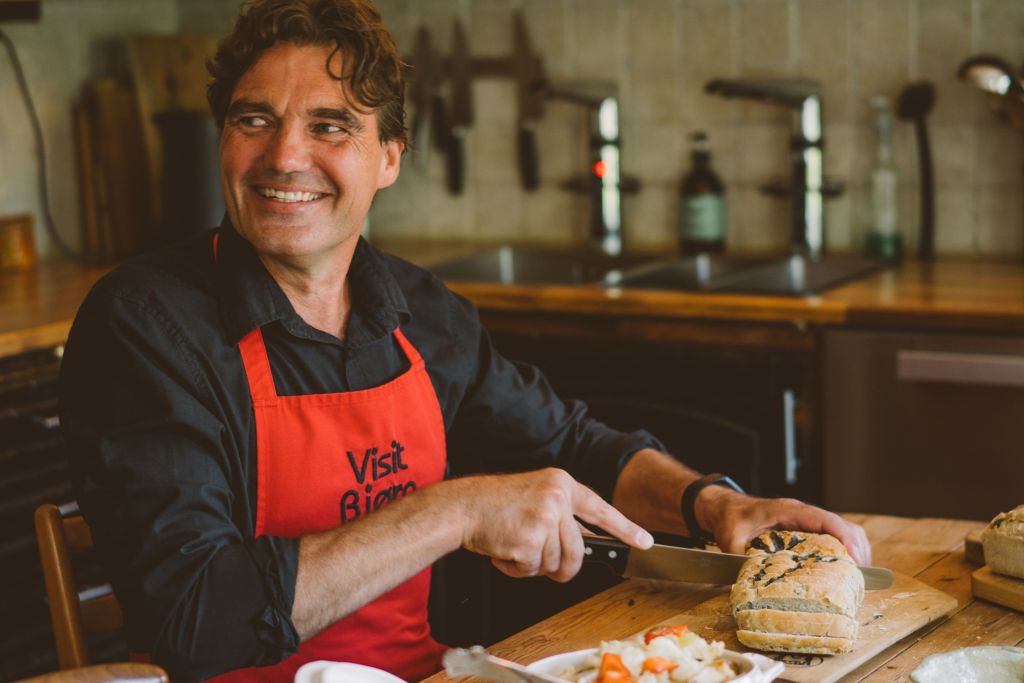 We chose a rather different type of experience for our last night in the city, heading to the home of Bjørn Fjeldvær, a local resident who hosts guests for an evening of food and entertainment. 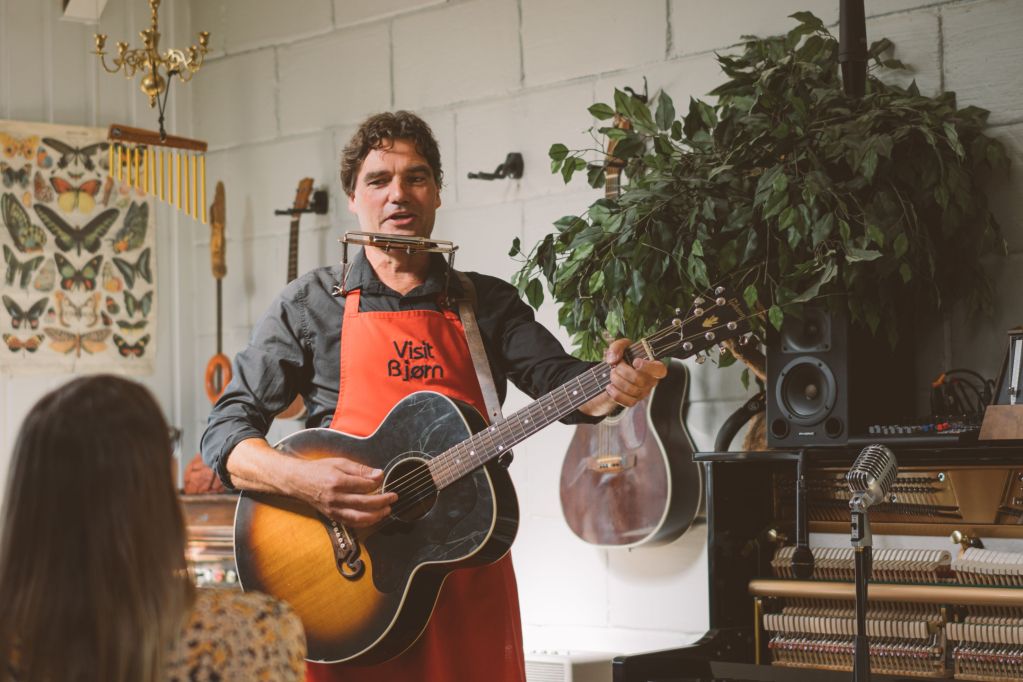 The rather charming Norwegian tells rather amusing anecdotes and stories, interspersed with his own songs, alongside classics from Johnny Cash and Elvis Presley. It’s an amusing way to spend an evening as we enjoy home cooked Bacalao (cod stew) washed down with beer, wine and the rather fiery local brew,  Aquavit. We finished the evening with a lively singalong and head back to our hotel with Bjorn’s tunes from the evening still stuck in our heads. 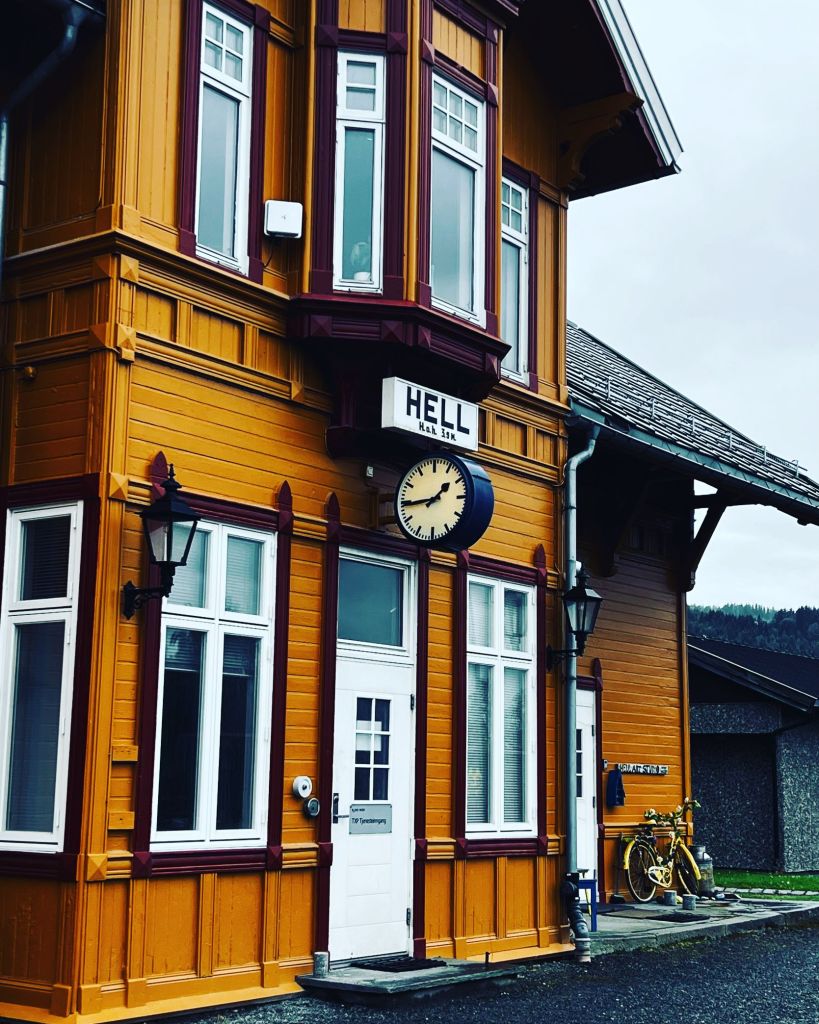 As our time in Trondheim had come to an end, we headed back to the Airport for our return flight home, with just one small diversion …. Hell!

Yes, it really is a place, and it is surprisingly pretty! So, after a quick stop for photos, we took the highway from Hell and back to the airport.

This trip made it clear why Trondheim is the European Region of Gastronomy for 2022. The home of Nordic flavours, this is a great place to discover Norwegian food heritage. You can experience daily culinary experiences, tastings and lectures on biodynamic farming, microbrews, and high quality local food.

For more information about Trondheim and Trondelag visit: exploretrondelag.com

Norwegian (norwegian.com) currently offer direct flights from Gatwick to Trondheim from £58.30 one way and from Manchester from £54.40 per person.

Flights from Trondheim to London cost from £43.70 per person, one way and Trondheim to Manchester costs from £41.70 one way. Note that prices are correct at time of issue, but subject to change.

Rooms at the five star Britannia Hotel cost from NOK 3150 (around £265) for a superior room on a bed and breakfast basis. britannia.no

All imagery courtesy of Visit Trondheim.