The much-anticipated World Premiere of Andrew Lloyd Webber’s Cinderella has arrived at the Gillian Lynne Theatre. Sumptuous costumes, magical staging, melodic magnificence, sarcastic wit, subversive storytelling, and the best talent this city has to offer ignite your senses and bring the story of Cinderella into the 21st century. 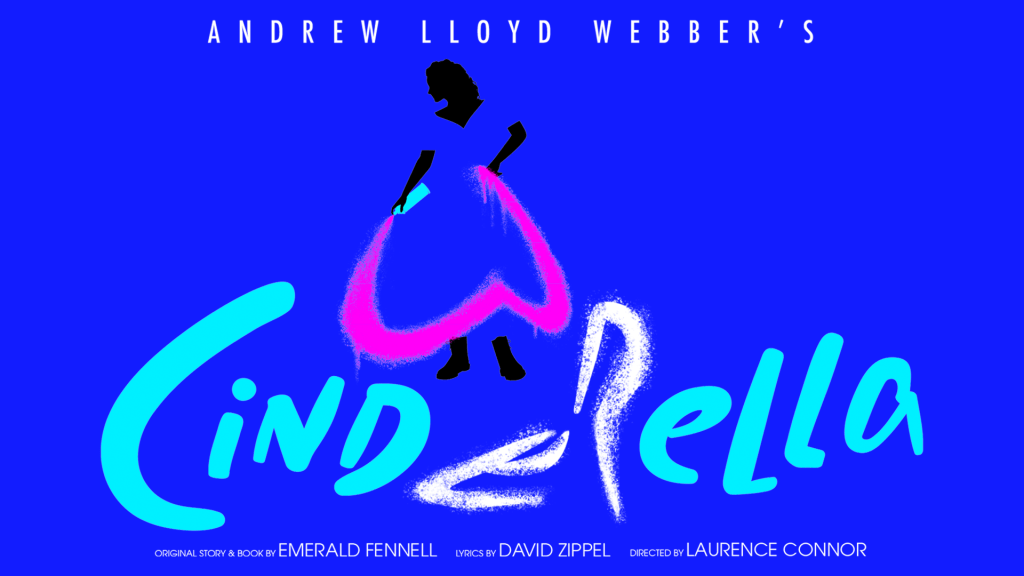 The tale of Cinderella has been told for centuries, the perfect vehicle for writers to use to converse about our ever-changing society – Andrew Lloyd Webber and Emerald Fennel have successfully done just this for today’s socially developing audience. Forget jukebox musicals, jukebox fairy tales are the new way forward! 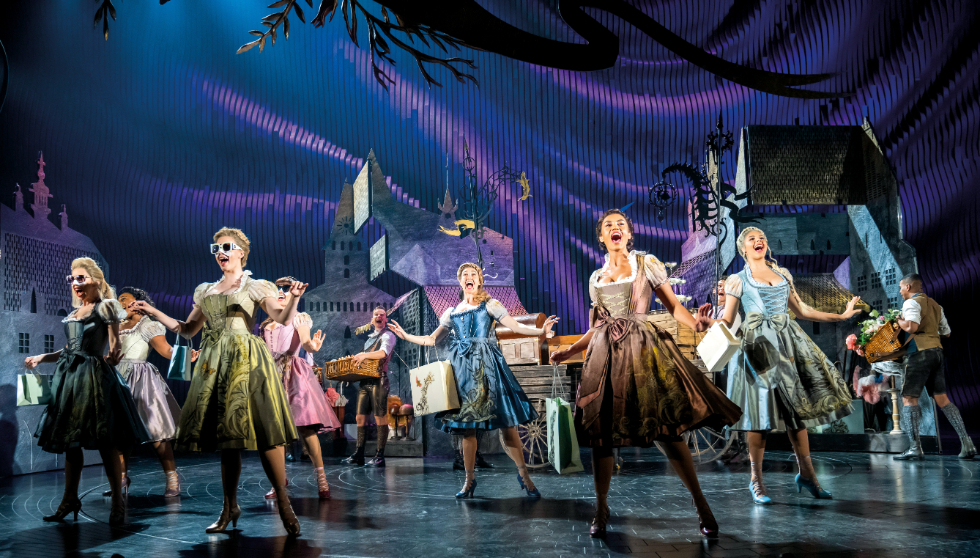 The curtains open to the energy of buzzing Belleville – muscular men in leather shorts sing and cavort sassily with their equally beautiful ladies of Belleville. The melody and lyrics hit you with freshness and coquettish charm as the town is in riot over what ‘Bad Cinderella’ did that denied Belleville of its title of ‘The Best-Looking Town in the Land.’ Is this a musical rendition of Mean Girls? The audience are left grinning and already wanting more. 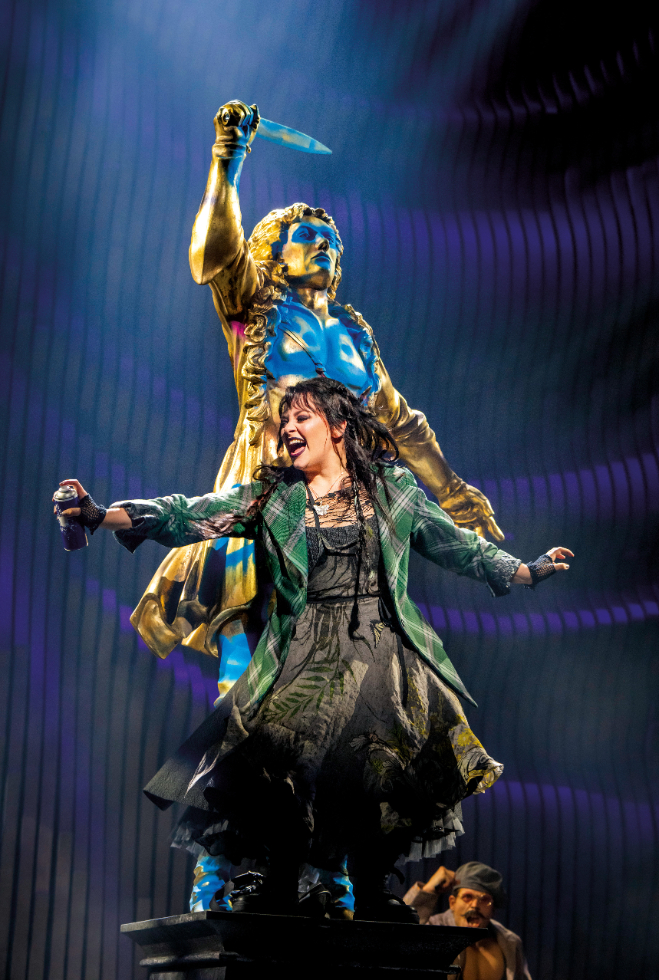 The songs are the equivalent of a long string of musical theatre number ones, each tune becoming addictive and I am craving to hear these songs again. There are some soaring melodies like “I Know I Have a Heart”, “Far Too Late” and “Unbreakable.” I would have thought Andrew Lloyd Webber would have run out of songs but the score for Cinderella is brilliant and I could hear musical inspirations from his other shows Evita, Whistle Down the Wind and even Love Never Dies in the mix. 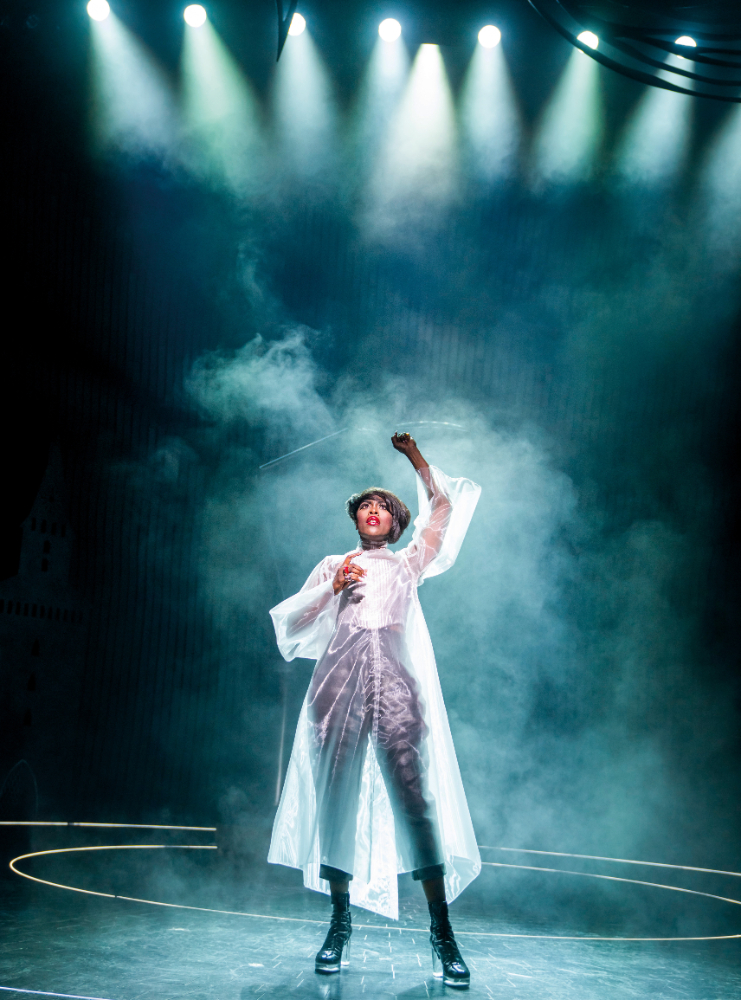 The casting is colourful and clever (Georgina Onuorah regularly takes over as Cinderella). Carrie Hope Fletcher ironically shines in her black, Doc Marten, Emo getup – her voice resonating beautifully.  The subversion of character continues with an intentionally meek and thoughtful leading man, Prince Sebastian, on this occasion played brilliantly by the subtly charming Michael Hamway. The talent runs very deeply in this cast and I want to come back again and again to see different takes on these characters. 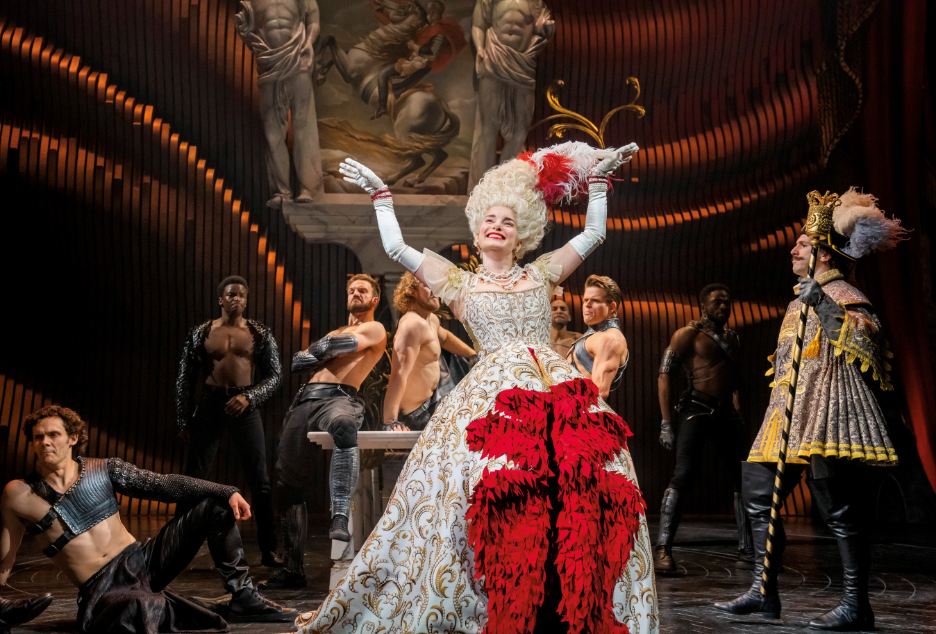 Gloria Onitiri can only be described as a vocal powerhouse as she plays the almost malevolent Godmother. I only wish we saw more of her. The ensemble are energetic, fantastically choreographed and are a jesting asset to the entire production with mega talent running all the way through. We couldn’t keep our eyes off Giovanni Spanó. Yet, the standout performances are from The Queen, Rebecca Trehearn and The Step Mother, Victoria Hamilton-Barrit.  Their mix of ditsy mischievousness and gravelly voiced bitterness give us the perfect comedic and ‘bitchy’ double act as they sing “I Know You.” 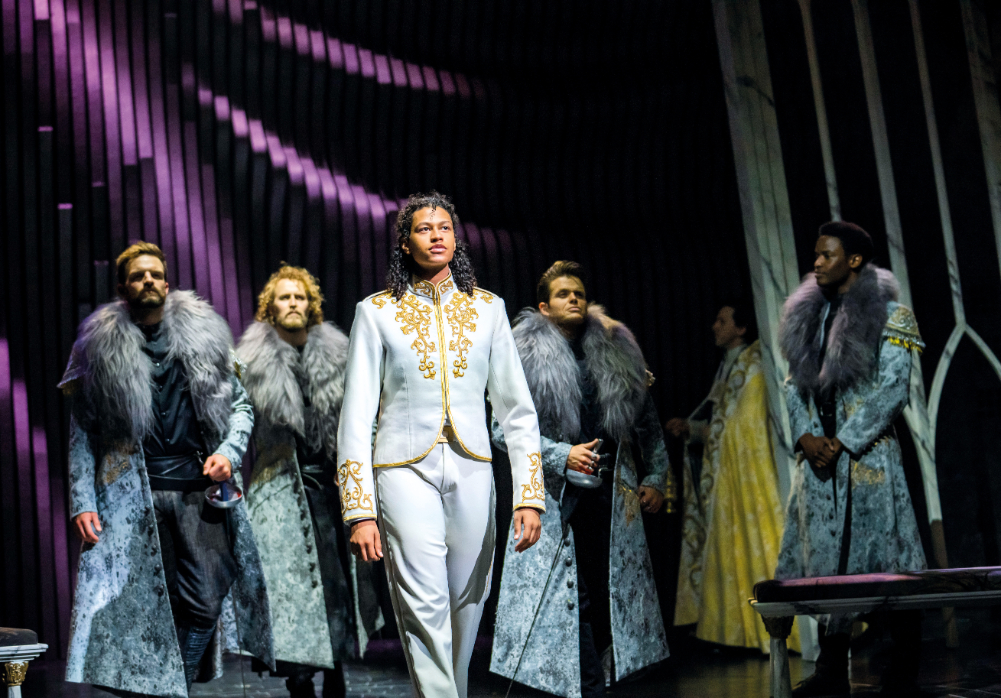 The costumes and staging are a true feast for the eyes. Extravagance and glamour embellish every member of the cast as no expense has been spared on this modern take of Baroque costume design – The Queen treats us to at least 5 costume changes, one more flamboyant than the last. The set cleverly makes the audience feel part of the production. The ballroom scene is logistically, a first in the history of musical theatre – without spoiling the surprise, if you can bag a seat in the first eight rows of the stalls, then do it!  The dancers twinkle in the ephemeral lighting of the ball and the emotive melody of yet another Lloyd Webber masterpiece – leaving the audience hypnotised with its beauty. 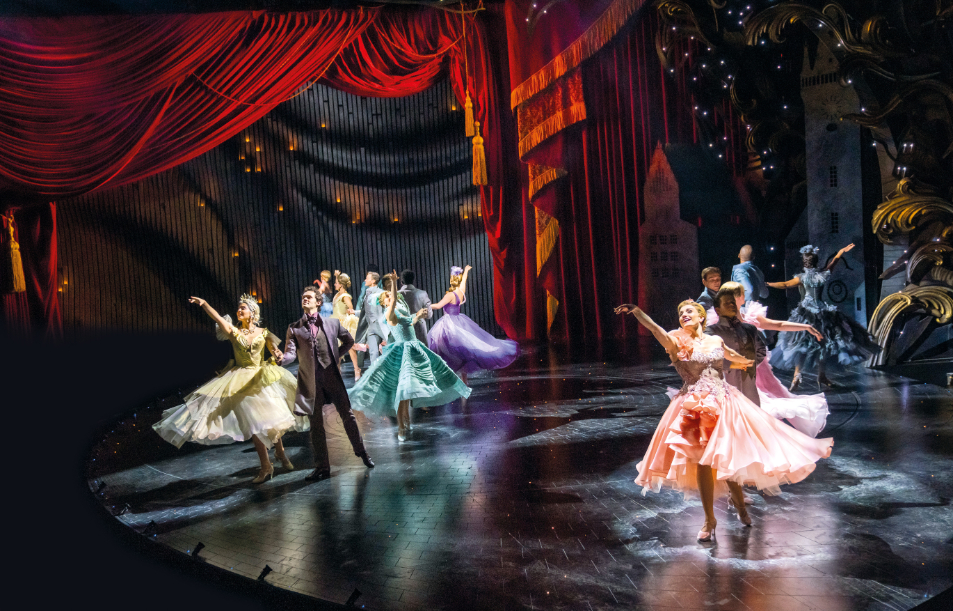 Traditionally Cinderella finds true love by transforming herself into a ‘princess’ – safe to say this is not the moral of the story in this rendition, this fairy tale celebrates love in all its forms – raising important issues of class, beauty and sexuality. Not only does this show celebrate love, but it really celebrates fun and acceptance with Prince Charming (the brilliant Caleb Roberts) making a hilarious and unexpected impact. 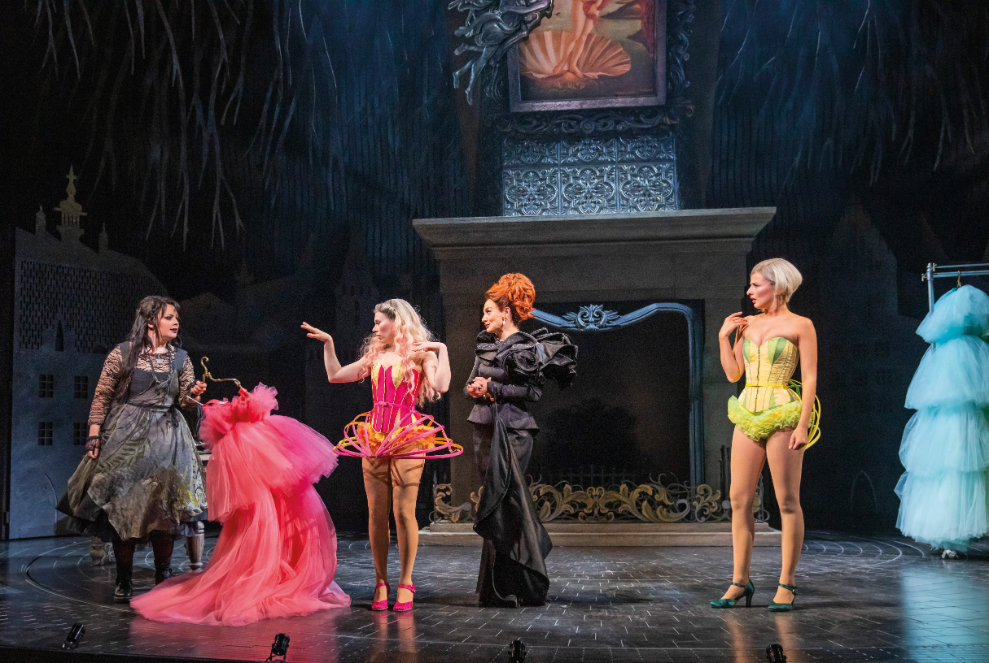 One leaves the theatre with an overwhelming urge to want to see this original, cheeky production again immediately. So much so my companion has already booked to see the show next week! We all need some of the magic, love and delight of Andrew Lloyd Webber’s Cinderella.

Cinderella is playing at the Gillian Lynne Theatre.