Heathcliff in Wonderland: Wuthering Heights get the Emma Rice Treatment

For Emma Rice, theatrical adaptation is an extreme sport. Wuthering Heights, Charlotte Brontë’s brooding tragic romance, is hardly beloved for its sexual innuendo nor its overblown rock interludes. Yet even while stretching the gothic to its limits, her play brings new sensibility to its core elements – celebrating the poetry, heartbreak and prescient social commentary that has seen the novel endure throughout the decades. 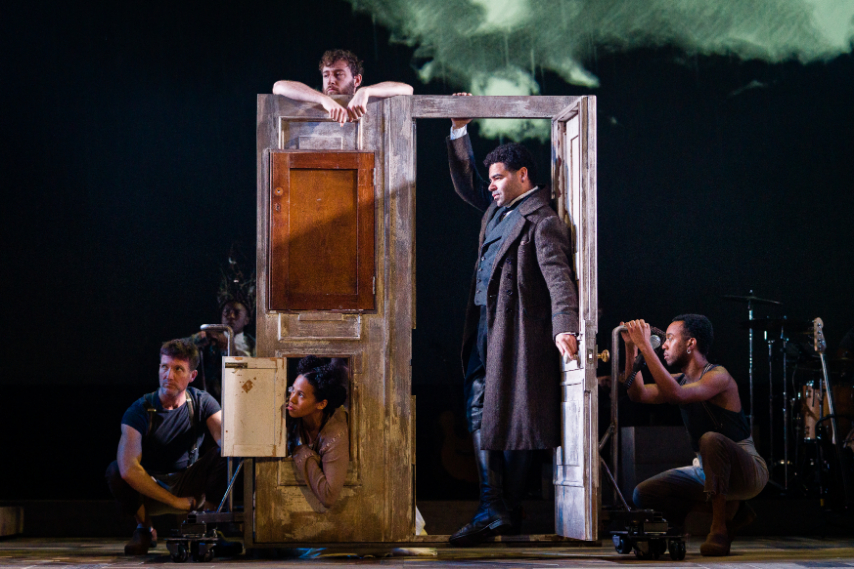 Taking root at the National’s Lyttelton Theatre, a chorus of somersaulting actors present as the Yorkshire moors incarnate – infusing the desolate landscape with whimsy and mystique. In this junkyard wilderness, trees are mocked up by rickety stacks of chairs, and flapping books on sticks signify birds in flight. Lucy McCormick is effervescent as an impish, barefooted Catherine, a chaotic creature more akin to the moor itself than the gentry she aspires to join. High society is clown-like and artificial – best parodied by Katy Owen as the prancing Isabella and her snivelling son Little Linton. In sole contrast, Ash Hunter delivers an emotive performance as a Caribbean-accented Heathcliff, his self-awareness differentiating him from his cartoonish neighbours and adding sting to his degradation.

The in-joke is that Wuthering Heights is a staging nightmare – between the knotty plot, unreliable narrators and numerous characters with the same name. For audience members quietly regretting their failure to skim SparkNotes in advance, there is an outlet to be found in Heathcliff’s new tenant, Mr Lockwood. The wind-swept traveller learns of his landlord’s past with a degree of bemusement, (“how is anybody expected to follow this?”), before eventually receiving the Earnshaw family history for dummies. 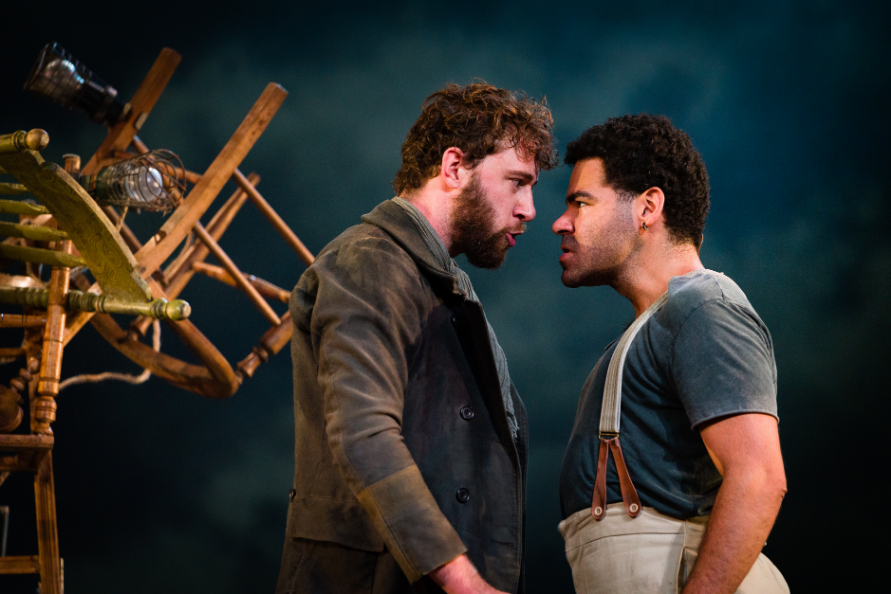 To complicate matters, actors double up on roles, often perishing as quickly as they arrive. Each fatality is signposted by a local doctor raising a blackboard with the name of the deceased, faintly concealing a smirk whilst explaining how there was really nothing that could be done. As the casualties mount, however, his theatricality gives way to alcoholism and serious concerns for his job security.

Propelled by the folksy score of a live band, the action hurtles to its jarring conclusion – a saccharine tableau complete with blue skies and Victoria Sponge cake. Perhaps this is a dig at the Brontës’ compulsion to shoehorn in a happy ending, perhaps a nod to the elemental nature of its departed tenants. Emma Rice not only has you rooting for morally reprehensible characters, she also has the audacity to persuade that a singing Heathcliff makes perfect sense. It is a sublime performance that is both genuinely moving and utterly barmy.

Wuthering Heights runs at The Lyttleton Theatre until 19 March 2022.

All imagery courtesy of Steve Tanner.