Did you know 80% of all Rolls-Royce cars ever built are still on the road today?

In 2009, the unrivalled inimitable epitome of luxury and sophistication, Rolls-Royce brought out their most successful car yet, the Ghost. Their team of experts wanted to create a car that was a little smaller in scale with a more accessible design and a dash of something that isn’t usually associated with Rolls-Royce: simplicity. With this unique set of capabilities, Rolls-Royce’s Ghost became the all-time best-selling car in their history. So then, will lightning strike twice with the 2020 Rolls-Royce Ghost?

Work started on this new version of the Ghost 6 years ago, bringing together luxury intelligence specialists, designers, engineers and craftspeople to make a car that was extra special yet quite minimalist in design and operation. Rejecting the idea of gadgets and ostentatious metalwork, the creators wanted only the highest quality materials and thoughtfully designed effortlessness while still creating the most technologically advanced Rolls-Royce yet. 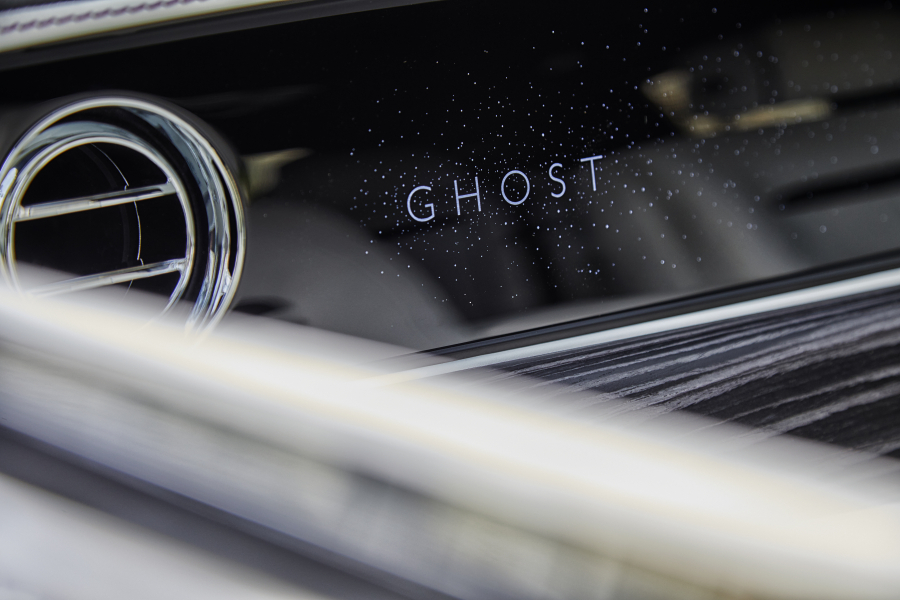 For those who don’t like change, memories and visions of the old Ghost still remain. The character of the car is there, but with updated and modernised features like the introduction of a new Planar System which took three years to develop – a predictive/reactive suspension that’s both comfortable and dynamic and uses cameras to track the road ahead that prepare the suspension system for any potential changes in road surface. 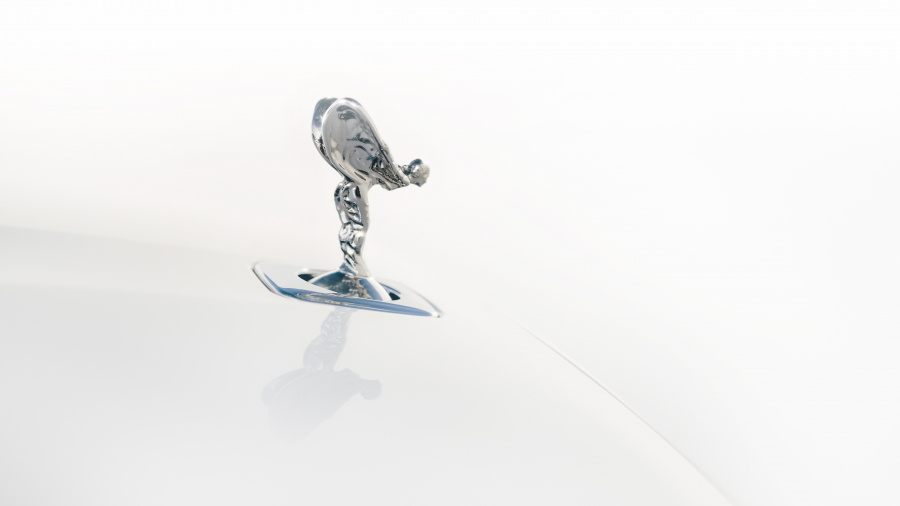 We were invited to Goodwood, the home of Rolls-Royce to experience the new Ghost.

It is still an incredibly elegant car, and not overly imposing. The front is particularly impressive, with the illuminated grille emitting a muted waterfall of light. The laser headlights use something called Brilliance technology with depth of up to 600 metres, twice that of conventional headlights. 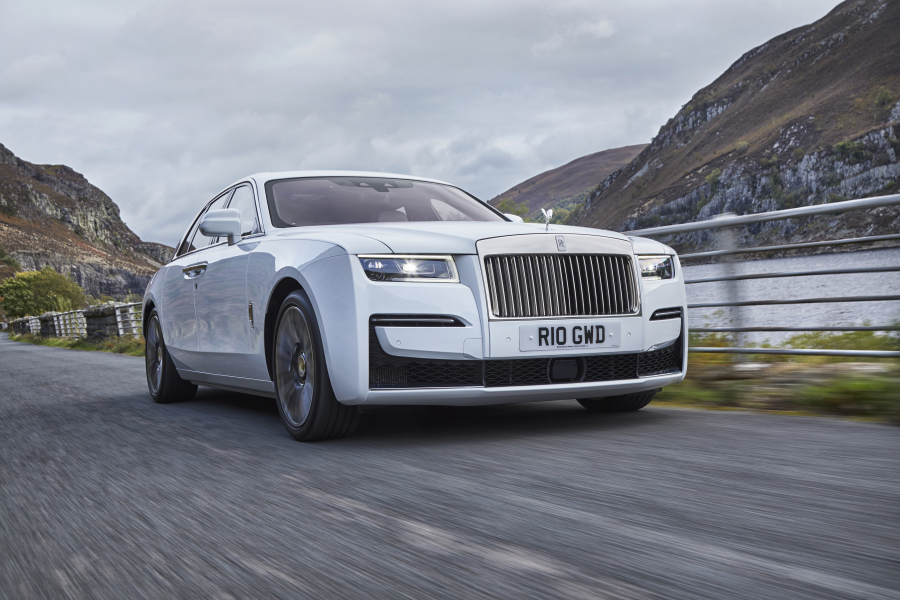 Despite the slightly smaller size of this model, opening the car doors felt like I was entering a Tardis – it was so roomy! Now, those doors… Most new models of Rolls-Royce cars have only electrically self-closing doors for safety. The new Ghost had to one-up its predecessor by being the first car with electrically opening doors which is amazing considering the size and weight of the doors. 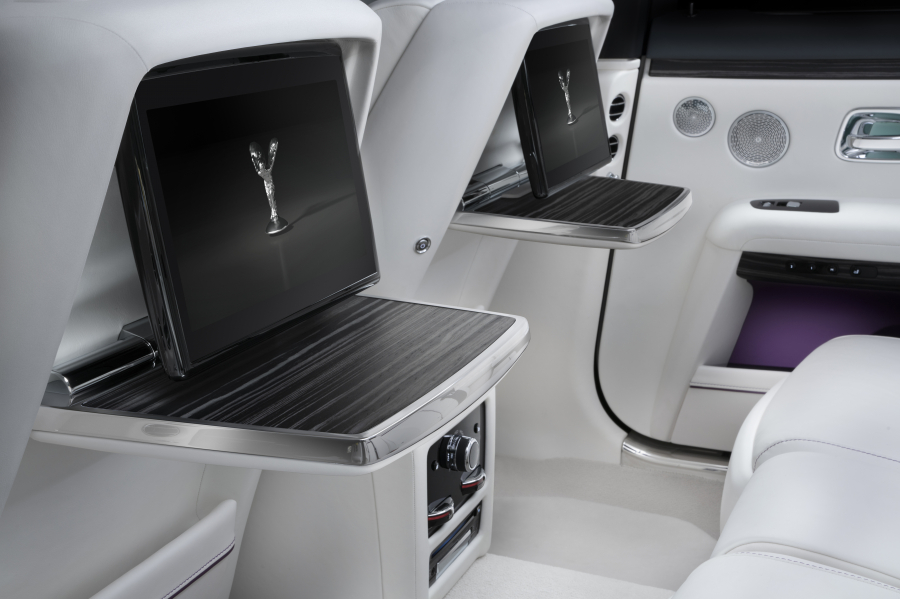 Well you can see for yourself here. Steering is as light as a feather. GPS sensors alongside the cameras and the full Planar System mean that you don’t have to think about what you’re doing as you drive, the car does most of it for you. As a newbie Rolls-Royce driver, I am in complete awe. 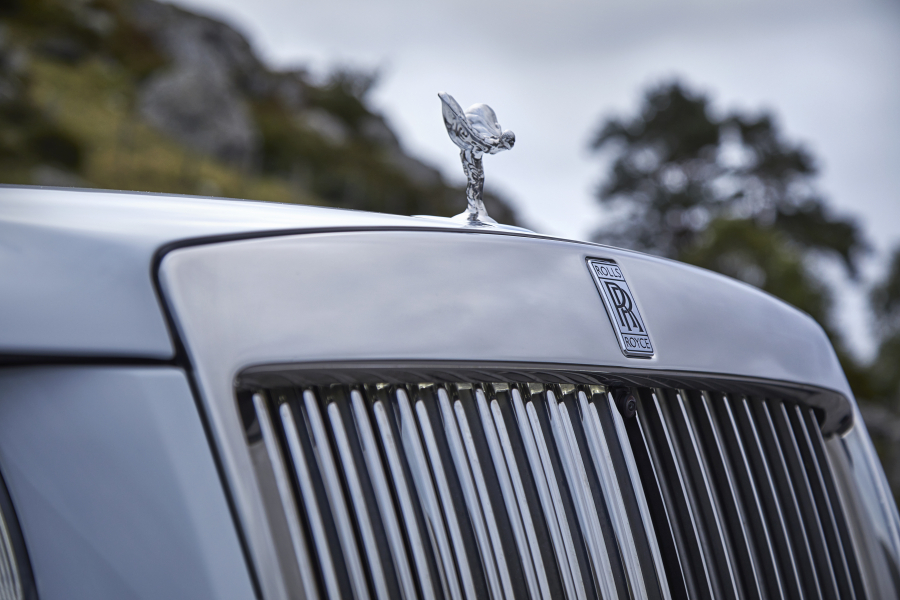 Additionally, the new Ghost is the first Rolls-Royce four-wheel drive. The car’s default is in rear-wheel drive mode but when you accelerate hard it signals to all four wheels to put out maximum traction. The car also happens to be completely silent, but in true Rolls-Royce fashion, the Ghost generates a specific whisper too so you feel safe and know that the 6.75-litre twin-turbo V12 engine is definitely working.

It’s always nice to be driven. If you are a passenger, you have the added bonuses of a fridge below the arm-rests, high definition speakers and a view of the satin-wood dashboard, complete with over 152 LED lights that through 90,000 laser-etched holes in the lacquer, spell out the word “Ghost”. Truly, no expense has been spared, including the trade mark handily located Rolls-Royce umbrellas hidden in the doors. Other features like a new air purification system and ultra comfortable seats create a sense of serenity and calm. 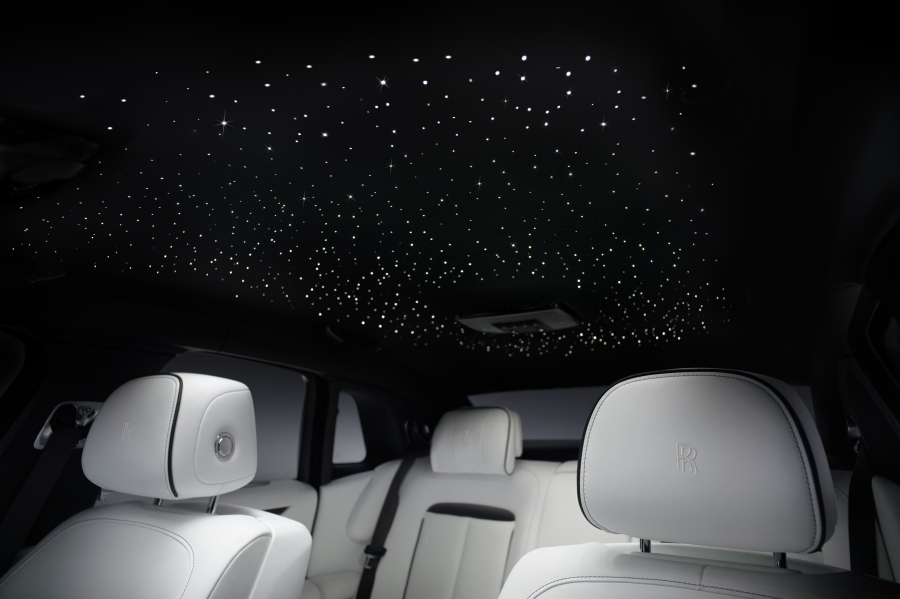 Overall, Rolls-Royce have done it again and proved that lightning can strike twice. I was impressed as to how easy everything was made for me, whether as a driver or as a passenger. With the 2020 Rolls-Royce Ghost, Rolls-Royce have already done all the thinking for you which reaffirms their dedication to “perfection in simplicity”. The end result is a car that is unashamedly discreet, with all the hallmarks of a Rolls-Royce.

All imagery courtesy of Rolls-Royce.

We were invited to Goodwood to experience the new @rollsroycecars Ghost. Watch what we got up to and read our full feature online at luxuriate.life