There’s little that could be more British than the Lake District; an area where the Romantic poet William Wordsworth lived and who described his home, Dove Cottage in Grasmere, as ‘the loveliest spot that man hath ever found.’ What a treat we were in for. Add to this the Rolls Royce Cullinan, and we have a dream trip to look forward to. 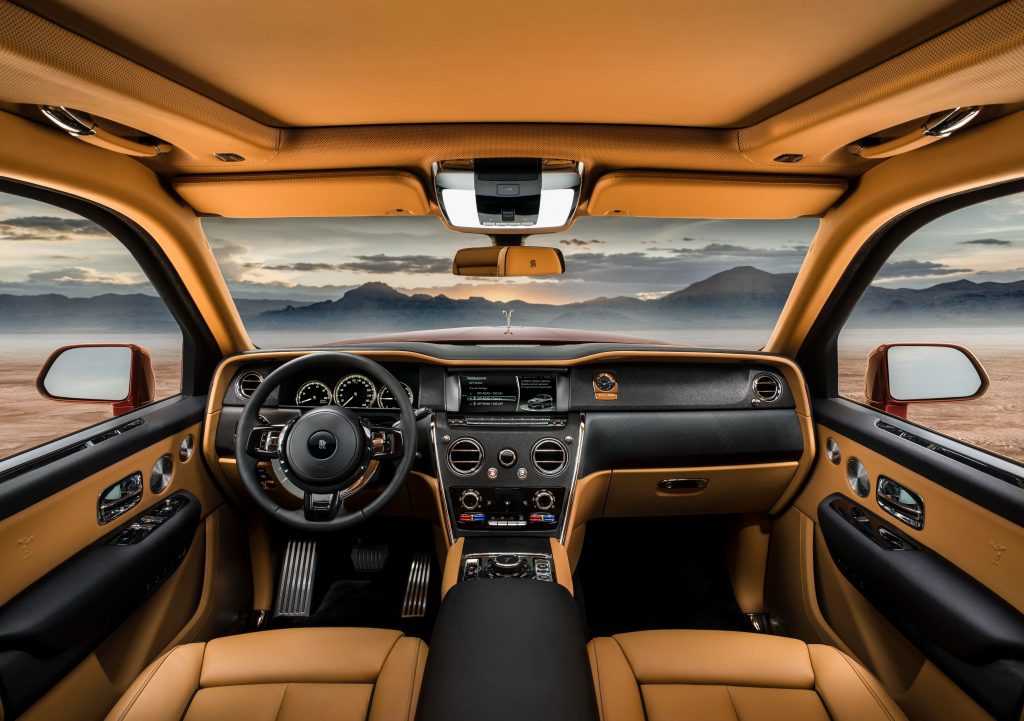 Having hidden the Cullinan around the corner for my parents’ arrival, the look on their faces, on being presented with their chariot for a few days of serenity, was a picture. The first thing that has to be said is that this particular offering from the Goodwood factory is big. Very big. This is a vehicle so large it could be intimidating but, strangely, it’s not. I have driven large cars, powerful cars, frightening cars but this is the first car that is actually taller than me.

It does actually feel somewhat antithetical to use the term ‘car’ for a personal vehicle of such gargantuan proportions. It may well be a hair shorter than the Phantom but it’s a full, thumping, two metres wide and heading towards three tonnes unladen. There is a means of lowering the body on its chassis to enable ease of entry but I didn’t find it. My poor mother had to suffer the indignity of being unceremoniously boosted up into the vehicle before we could set off. 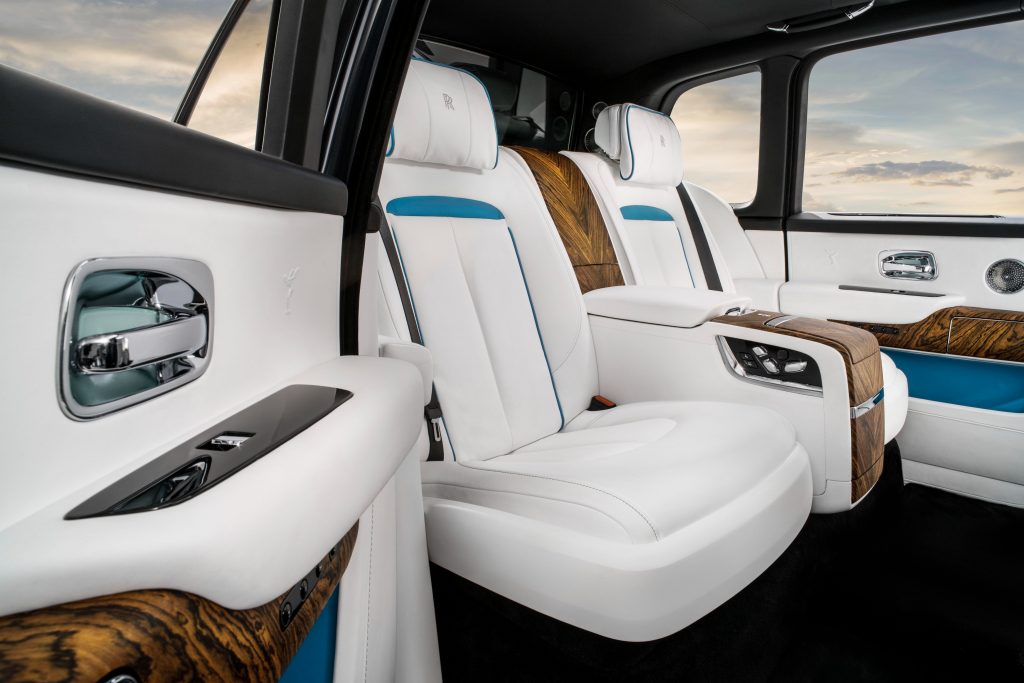 Rolls-Royce Cullinan is such a quintessentially British name that it is always reassuring in its stolidity. BMW’s ownership of the brand does lend a whiff of the Teutonic to proceedings but in a good, efficient, way rather than an invasive brutalist manner. Put it this way, there’s German heritage in our royal family but Windsor Castle couldn’t be more iconic as a paragon of British history. The ‘Parthenon’ grill on the front of the Cullinan could double as a portcullis should it be needed. 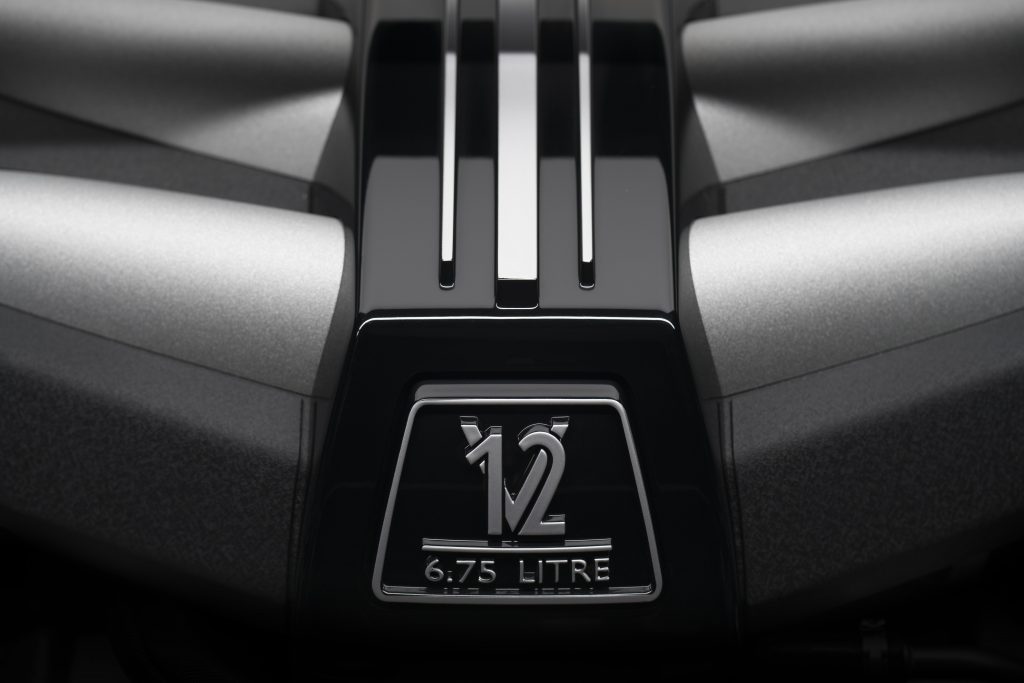 The armchair ride up the M1, powered by the 6.75-litre V12 was magnificent in its comfort and presence. There was slightly more road noise than I have become accustomed to with other models but the all-round vision from the driver’s seat was outstanding, meaning a five-hour drive passed with little to fret about. Despite the weight of the vehicle the 563bhp and 627lb ft of torque gave a responsiveness that was unexpected in its rapidity. The four-wheel steering provided precision at both low and high speeds and the gearbox is that golden, satellite-assisted, ZF eight-speed nugget I fell in love with on other models.

There’s little point in talking about the build quality of the Cullinan. Why? Well it’s a given that it’s not just good, but spectacular. How difficult it must be to maintain such standards when the only time it’s worth remarking on them is when they fail to be met. The only complaint I had was the placing of the clock on the dashboard which upset my sense of aesthetic balance, sited as it was most of the way over towards the passenger door; why would you put it there? 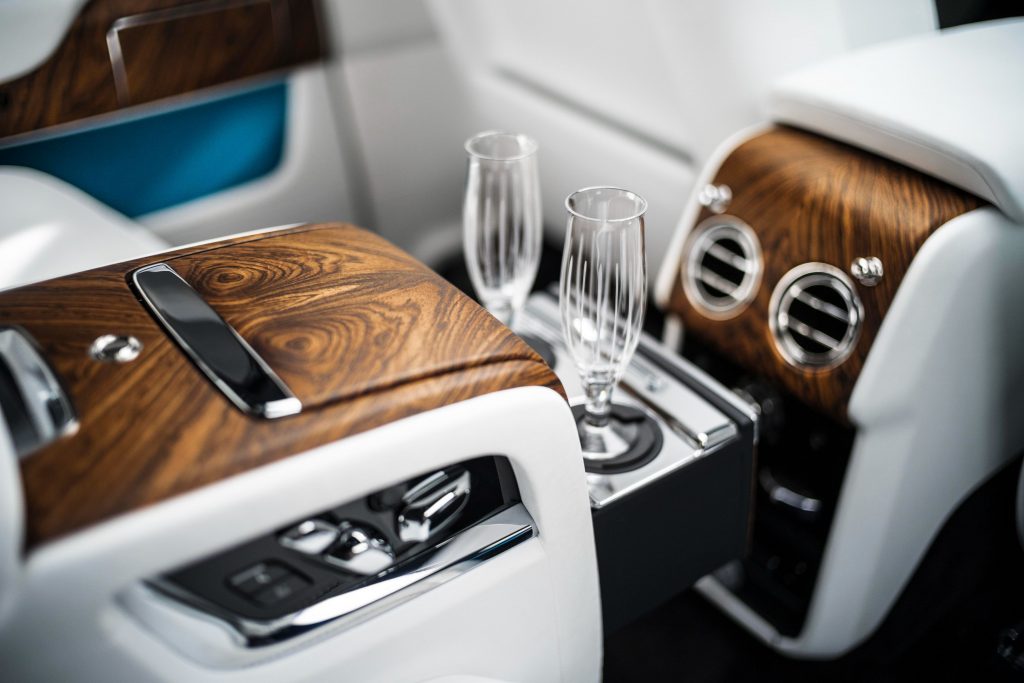 The space in the back for the passengers (and, let’s be honest, most purchasers of this vehicle will be in the back rather than up front) left my father giggling about being able to cross his legs in a car for the first time ever while he watched the in-built television rather than the passing scenery. We had the standard bench seat option in the back but you can specify two captain’s chairs with a refrigerator, champagne and glasses between them. Actually, in reality, there’s very little that you can’t have as an option when it comes to a Rolls-Royce – all you need is the money and the vision. 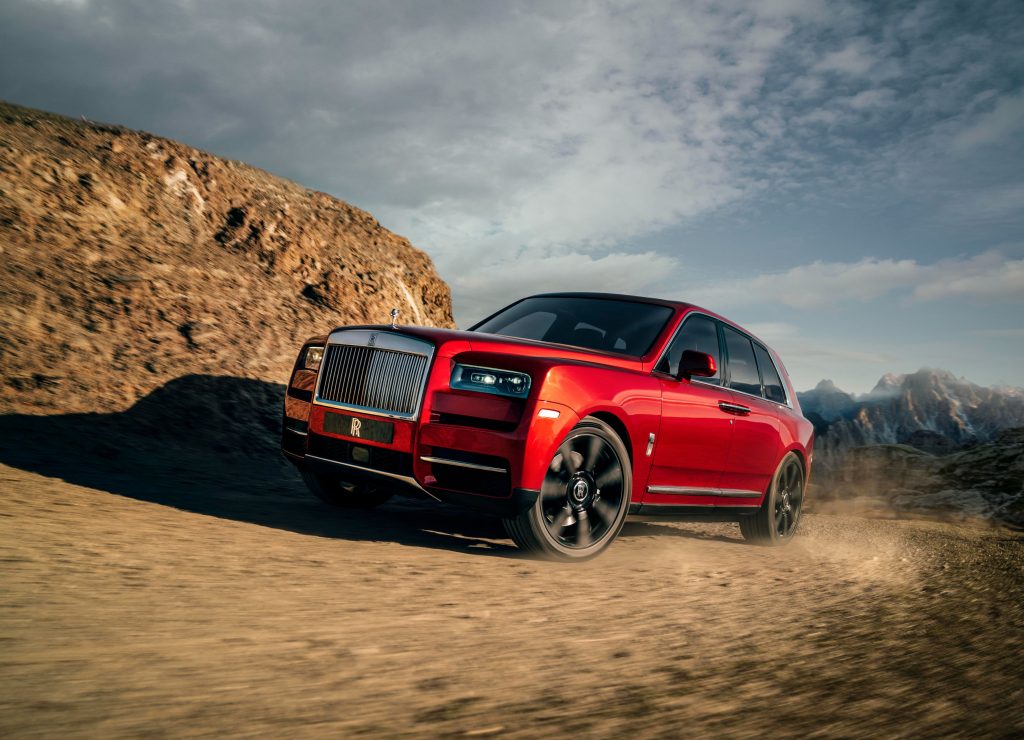 Coming off the motorway was when things became more interesting. This £337,470 behemoth, with the fabled ‘magic carpet’ ride that Rolls-Royce is noted for, was not quite as stable as I would have like on the undulating roads of the Lake District. Neither I, nor my passengers suffer from seasickness but it could be a potential hazard if these sorts of lanes are to become a regular habitat for this ‘off-road’ tank. Up hill down dale is a challenge for the suspension. 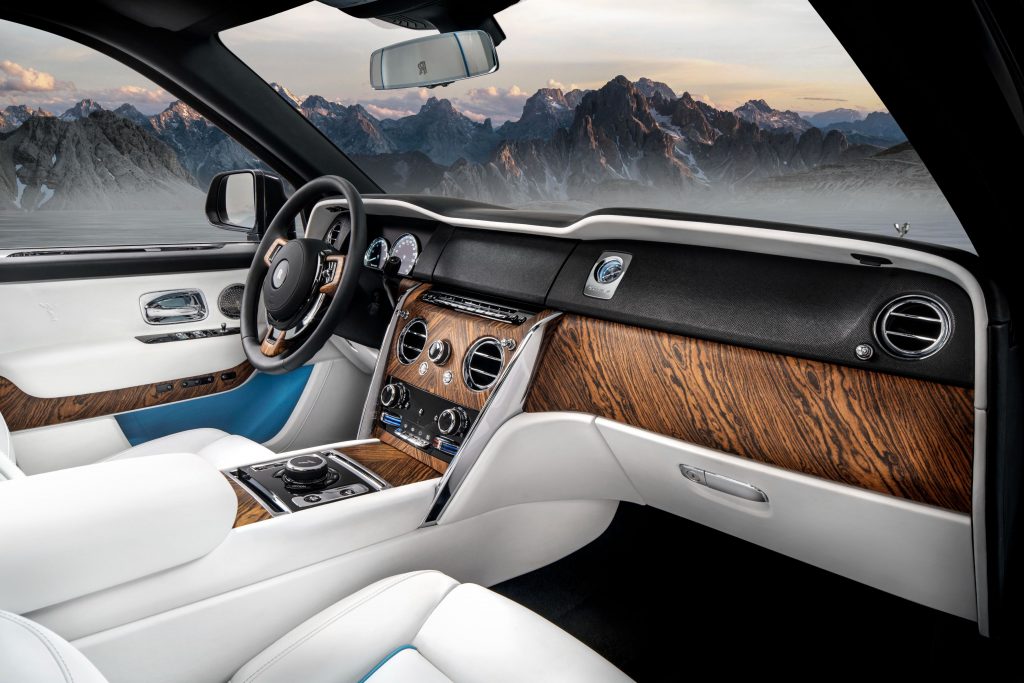 The overall size of the Cullinan also induced drawn breaths on occasion as we swept nearer our destination. Narrow lanes and oncoming traffic meant I was grateful when we arrived at our hotel. Was I ever not in control? No, but that didn’t mean that oncoming traffic could be mitigated for. The vehicle wasn’t out of place in the Lake District but really should reserved for wider panoramas / vistas. It deserves it and you’ll be more comfortable there too.

We did spend a remarkably relaxed, easy few nights, cocooned in comfort and luxury, and then it was time to return to reality. The hotel and the vehicle combined to produce a real treat both for me and for my parents and a return visit will be on the cards in the fullness of time, albeit likely not with the SS Rolls-Royce. It was wonderful to be able, for once, to include my parents in my peregrinations.

To discover more about the Rolls Royce, visit: rolls-roycemotorcars.com

All imagery courtesy of Rolls-Royce.