When 2:22 made its debut last year, the new ghost story was something of a curiosity to London critics. Making the leap from Spotify success with ‘The Battersea Poltergeist’, Danny Robbins was yet to flex his muscles as a playwright, while theatre newby Lily Allen made a surprising casting choice. One year and three Olivier award nominations later, the electric thriller looks set to become a West End mainstay, opening to packed audiences at the Criterion theatre for its fourth run.  In this year’s rendition of 2:22, Laura Whitmore and Matt Willis of ‘Busted’ take up the mantle as the show’s unlikely stars, now part of the mischief to the production. Feel safe with the household names? Even your noughties crush and the Love Island presenter can make you scream. 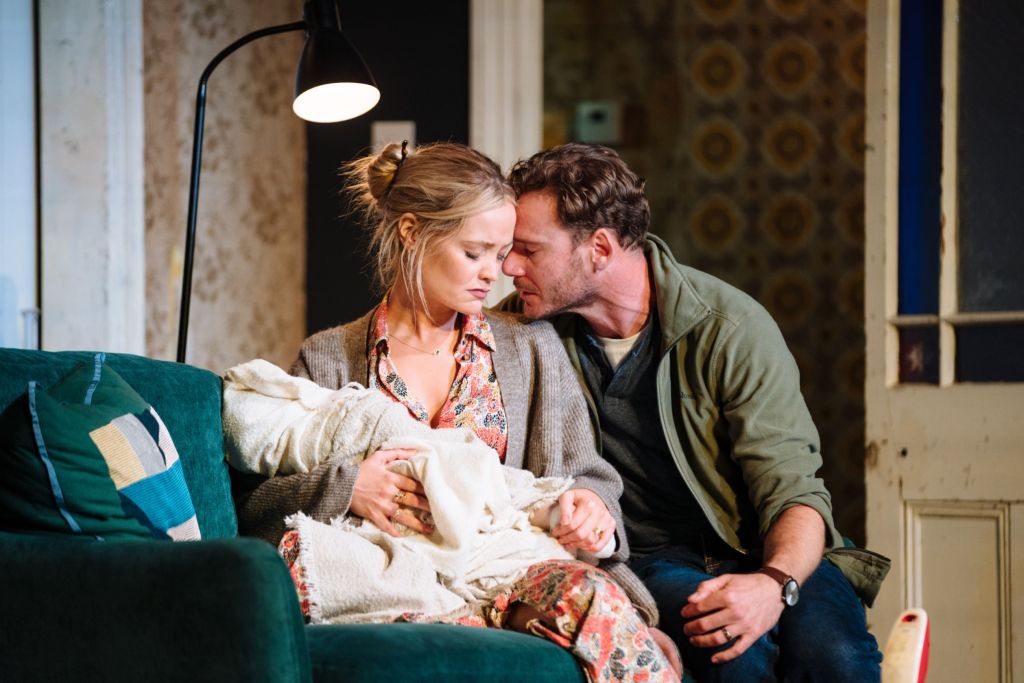 Jenny (Whitmore) is a woman on the edge. Alone and unable to contact their husband Sam (Felix Scott), she has spent four nights tormented by phantom footsteps circling her newborn’s cot. The apparition disappears each night without a trace, only to return with frightful punctuality at the titular hour. Maddeningly, upon his return, Sam chalks up the ordeal to sleep deprivation and a ‘creepy baby’, insistent instead upon a rational explanation. Much to his dismay, Jenny’s superstitions find their way into conversation over dinner with an old friend Lauren (Tamsin Carrol) and her new boyfriend Ben (Willis). To antagonise Sam as much as to console his wife, the guests resolve to stay up and witness the supernatural first-hand.

The five-hour standoff begins as comfortably as a double date could. Anna Fleischle’s stunning set is a halfway house between nan’s living room and Pinterest utopia, a mid-renovation kitchen kitted with airy skylights and the glossy counters builder Ben rants about fitting. 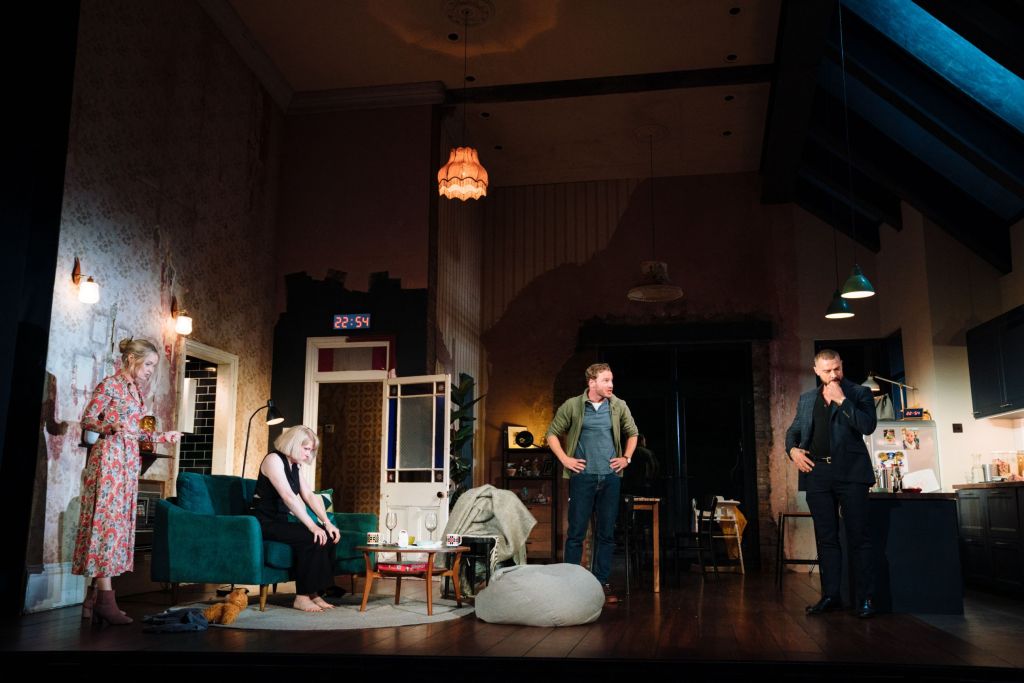 Wine does nothing to calm simmering tensions as an ominous mist swirls on the patio. Before long, all social pretence is abandoned in favour of superstition, with crucifixes erected and baby Phoebe juggled from room to room like a hot potato. Director Matthew Dunster has the cast hopping by the finale, with nervous energy manifest. That the frequent shrieks of mating foxes provide reliable jump scares is a testament to an engaging set piece.

Laura Whitmore brings a girlishness to Jenny that makes her convincing as the young volunteer once swept away by Sam’s intellect, now struggling with her identity in marriage. She verges on over-egging the punchlines in the earlier scenes, though this is perhaps by direction – dinner party chit-chat can feel forced without existential dread thrown into the mix. Whitmore’s naivety makes dialogue with Lauren all the more toe-curling, as raging jealousy is veiled paper-thin beneath faux compassion. 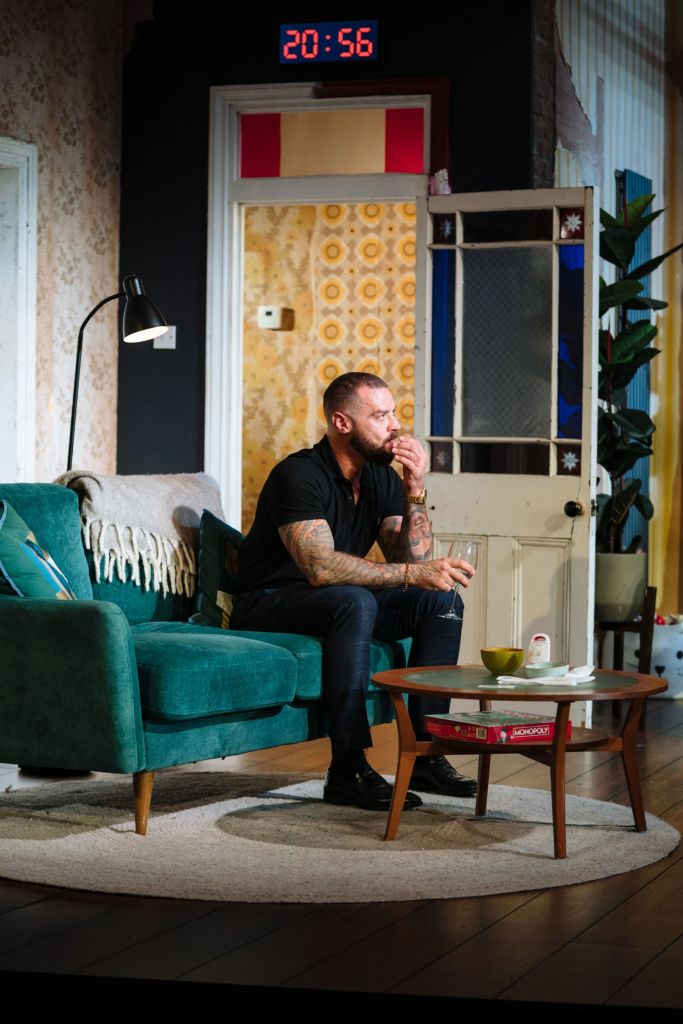 Tamsin Carroll makes a particularly unhinged Lauren, her cynicism and capriciousness sitting in stark contrast to the wide-eyed new mother. Scott and Willis also riff brilliantly as rival partners with nothing in common, bringing big laughs with every strained interaction. Sam’s boasts about the kitchen Alexa butt up against Ben’s feelings on local gentrification; Ben’s increasingly fantastical musings on the occult are the perfect foil for Sam’s scepticism. 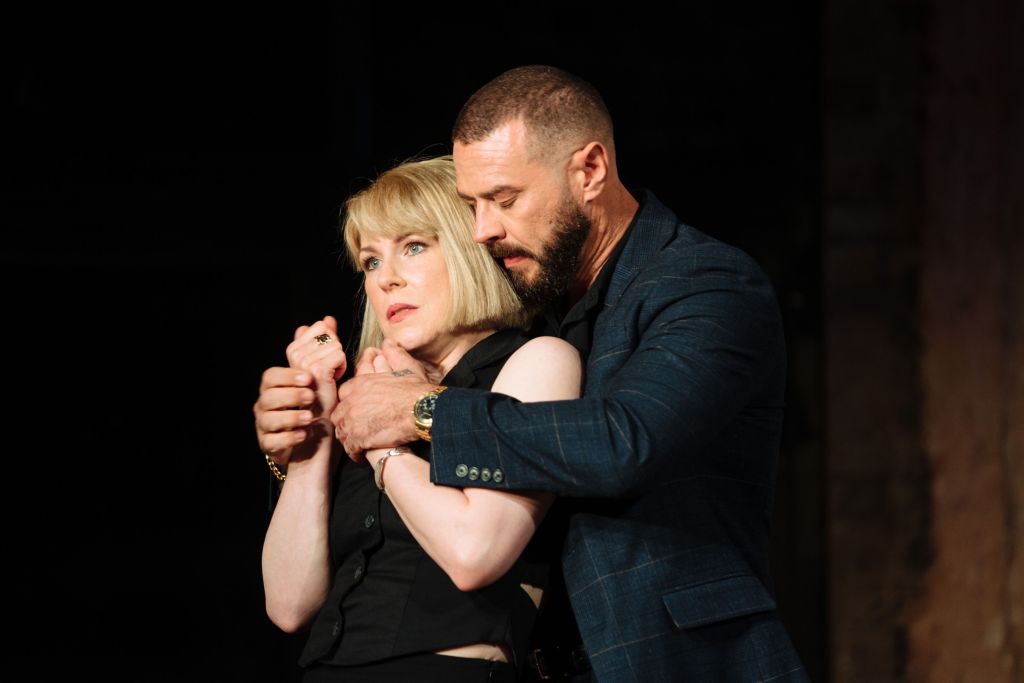 It’s at precisely 2:22, and no earlier, that most audience members realise they’ve been hoodwinked, and the curtain falls on stunned silence. It’s horror at its best: neither gruesome nor formulaic, but smart, suspense-driven and seriously chilling. While it’s hard to match the final mic-drop moment upon second viewing, return visitors will enjoy geeking out on the easter eggs littered throughout. Best grab tickets quickly, then, or risk losing out to the phoneys like me feigning clairvoyance at the re-run.

All imagery courtesy of Helen Murray.