A room with a view: A night at The London Hilton on Park Lane

If E.M. Forester had based his book, A Room with a View on London instead of Florence, this would be the view! ‘Ping’, the lift door opens revealing a short corridor. I see ‘Room 2612’ on a plaque opposite and head in the direction of the arrow with that all too familiar ‘will I like it’ feeling of apprehension.

As I approach, I am greeted by Anna. ‘Welcome’, she says as I enter what is so much more than a room with a view. This was the Boutique Suite; a large 882 sq. ft. home from home, located on the 26th floor. As I walk inside my visual senses are fully awakened by the warm honey-suckled sunlight streaming from the large, practically floor to ceiling windows revealing a breathtaking view of London.

As I start landmark gazing in my room with a view; trying to ascertain how many of the buildings I can recognise from this vantage point, Anna calmly pushes through a silver trolley on wheels upon which sits a handsome bucket filled with ice and a bottle of champagne. A rich chocolate fondant dessert and a large elegant bowl of fruit accompany the soon to be popped bottle of a deliciously traditional blend of Chardonnay, Pinot Noir and Pinot Meunier that we have all come to enjoy so much. Now that is what I call a warm welcome. 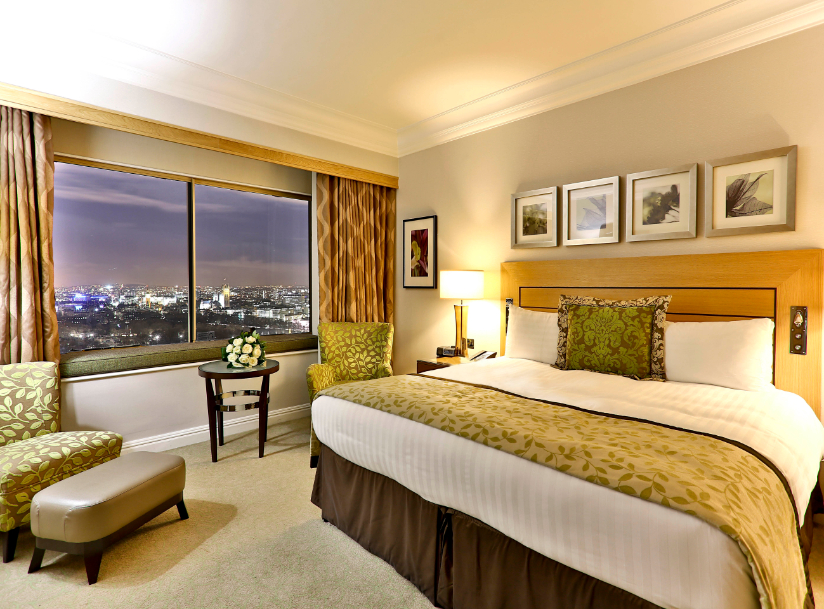 The Boutique Suite is one of ten suites at the London Hilton on Park Lane. It has several rooms, including a separate living room, walk-in wardrobe and a large bathroom that features a walk-in shower and a standalone marble surround bathtub that overlooks a view of Hyde Park. It also has a private bedroom that has an incredibly comfortable king-sized bed with luxurious bed linen.

The comfortable interior has a modern décor, but it is the cityscape throughout the suite that one is constantly drawn to. Even having two large plasma screens; one in the bedroom and the other in the living room seemed somewhat redundant with the amazing vista for entertainment, especially from dusk when the city starts to light up like a magical Christmas tree. 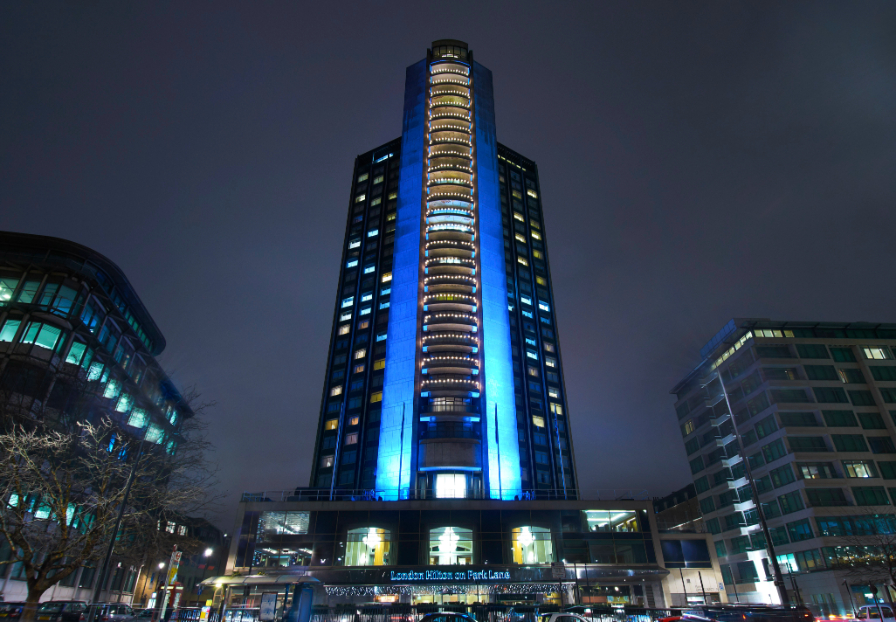 The London Hilton on Park Lane is an unmistakable landmark hotel. When it opened in 1963, it was not only the first Hilton hotel and the first American hotel chain to be built in the U.K, but it was also the largest post-war built hotel in Europe.

The list of celebrities and dignitaries that have passed through its doors include The Beatles, Charlie Chaplin, Dalai Lama and Margaret Thatcher to name but a few. Legend has it that the famous riff from Satisfaction by Keith Richards of the Rolling Stones was said to have been written at the hotel. 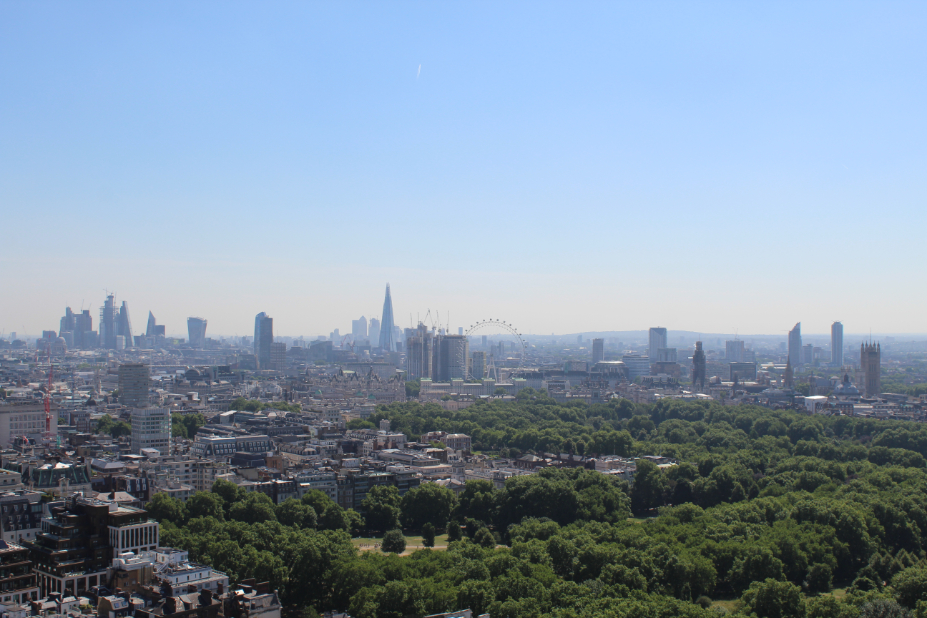 In the heart of Mayfair, the location of the London Hilton on Park Lane overlooking Hyde Park makes it ideal for anyone considering a trip to London for its proximity to the major luxury shopping areas such as Knightsbridge or to Bond Street as well as Regent and Oxford Street, the museums of South Kensington as well as theatreland. It is within half a mile of Green Park and Buckingham Palace and just one underground stop from attractions such as the London Eye, Big Ben and the Houses of Parliament.

The facilities at the London Hilton on Park Lane can cater for guests that are looking to keep fit with a gym, sauna and steam room. If you are looking to explore the city on two wheels, the hotel can also rent out bicycles.

If you book any of the suites at the hotel, you will benefit from having complimentary access to the Executive Lounge. The lounge is open until late evening and does a selection of drinks and canapes. It’s a convenient setting for a drink before heading out to dinner or a West End show perhaps. 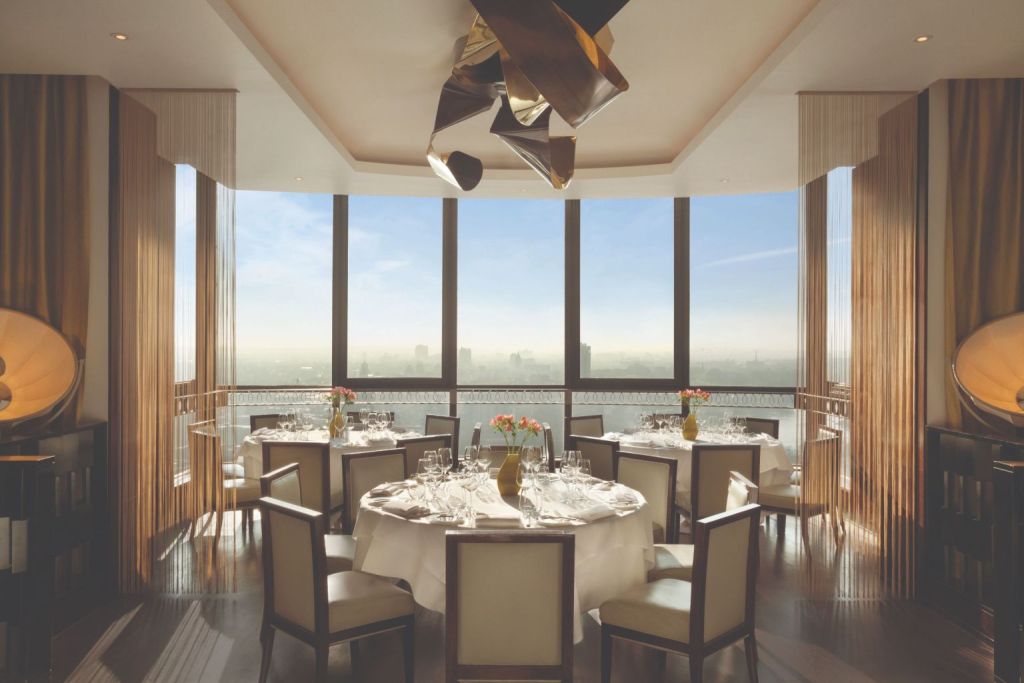 You can’t go too far wrong by visiting the award winning Galvin at Windows on the 28th floor of the hotel where a warm welcome from Peter Avis and the team awaits you to enjoy Head Chef Marc Hardiman’s seasonally inspired British dishes. Don’t forget to have a nightcap at 10° at Galvin at Windows, one of the best bar views in all of London.

If you’re after something a little more casual, then the Trader Vic’s, a tropical-themed bar with Polynesian cuisine and various rum-based cocktails might just hit the spot. It’s the home of the original Mai Tai cocktail, which was created in 1944 at the Trader Vic’s in Oakland, California. 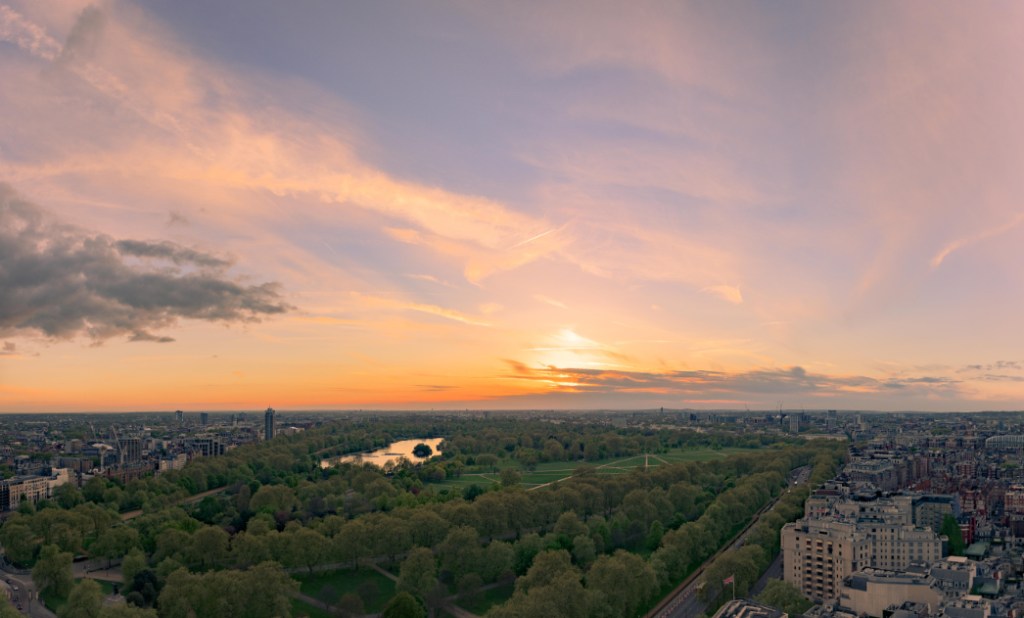 For those wanting that extra indulgence first thing in the morning, there is also the option to upgrade to a champagne breakfast for that special occasion or maybe just to celebrate the fact it’s a new day in this amazing room with a view.

All imagery courtesy of The London Hilton on Park Lane.

A post shared by London Hilton on Park Lane (@londonhiltonpl)