Most rooftop restaurants in London last as long as Vegas weddings. Opened in 2006, Galvin at Windows is one of London’s first proper rooftop restaurants and 14 years on, it still ticks all the boxes: 28th floor views, the legendary Galvin Brothers, food you want to eat again and again and a bar I would move into.  Not only are they ticking boxes but also evolving and keeping up with the most demanding Londoners like me who always want something new. 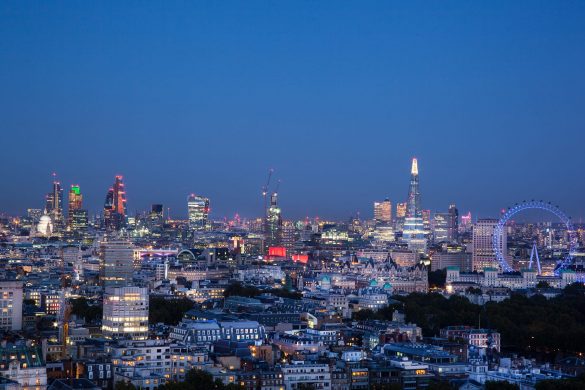 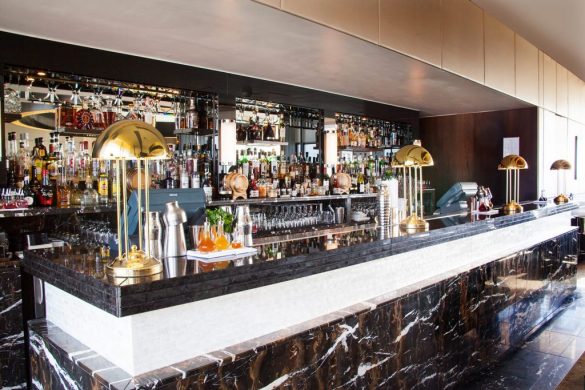 As you take the lift up to floor 28 of the Hilton Park Lane, doors open to a breath taking dining room but before dinner, turn left and experience their sky bar, 10 Degrees. Named after the golden hour when light strikes the earth at an angle of 10 degrees, we arrived before sunset and everything was covered in a dusky glow. 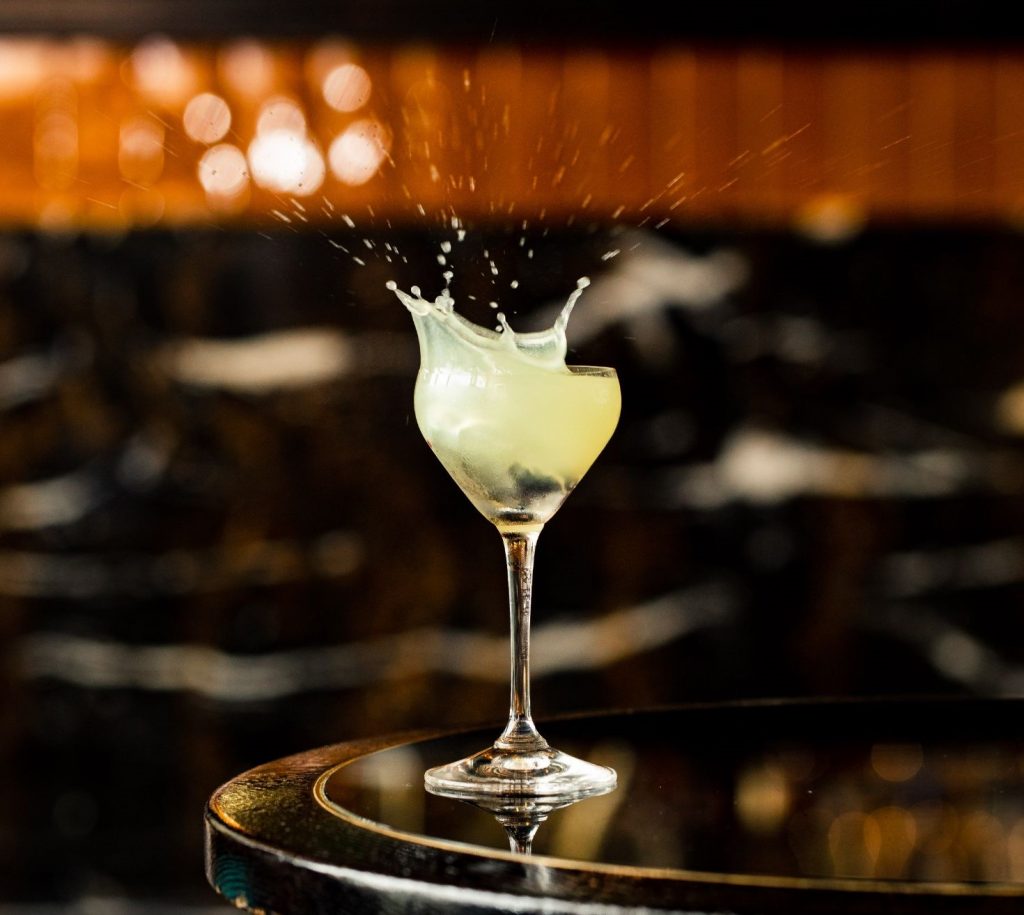 It’s not just the views that are golden. A twist on the classic gin martini with Cambridge Truffle Gin and parmesan shows off the skill of the bar team. 10 Degrees is no ordinary restaurant bar but a destination bar where you can spend the whole evening in so if you need somewhere fresh and exciting, this is the place to be. Look out for more exciting things happening here very soon… 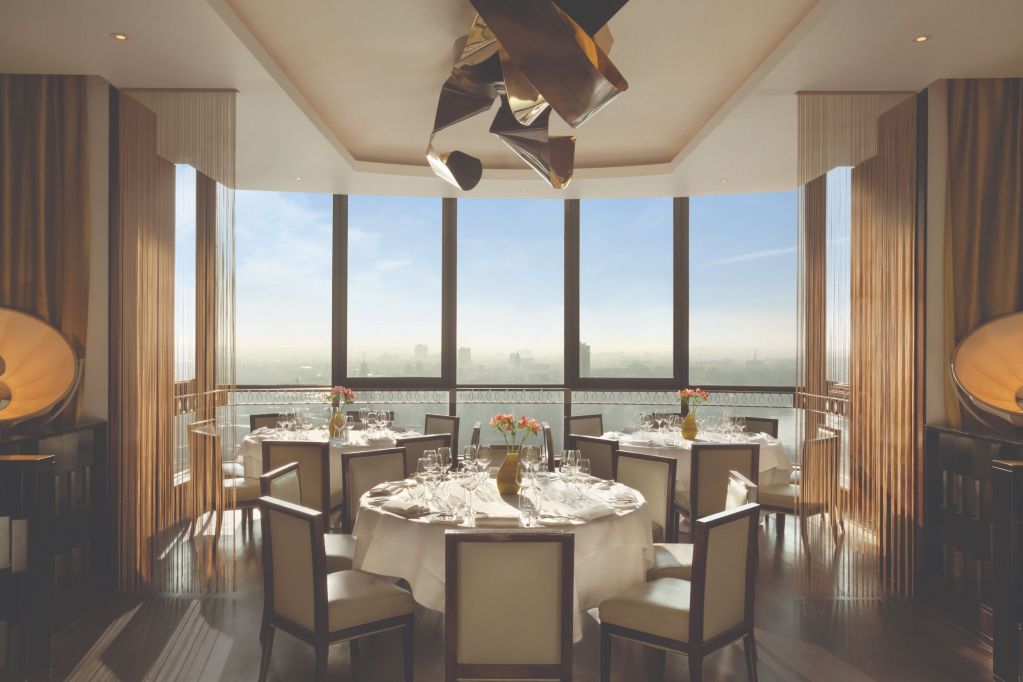 All tables in the restaurant come with a view and rather (clean) massive windows. If there are two of you, table number 2 has sweeping outlooks over Wembley Stadium and beyond. One thing I noticed on the table straight away as our canapes arrived were these rather funky playful butter knives which have a heavy yet wobbly base so they always stay standing to attention. 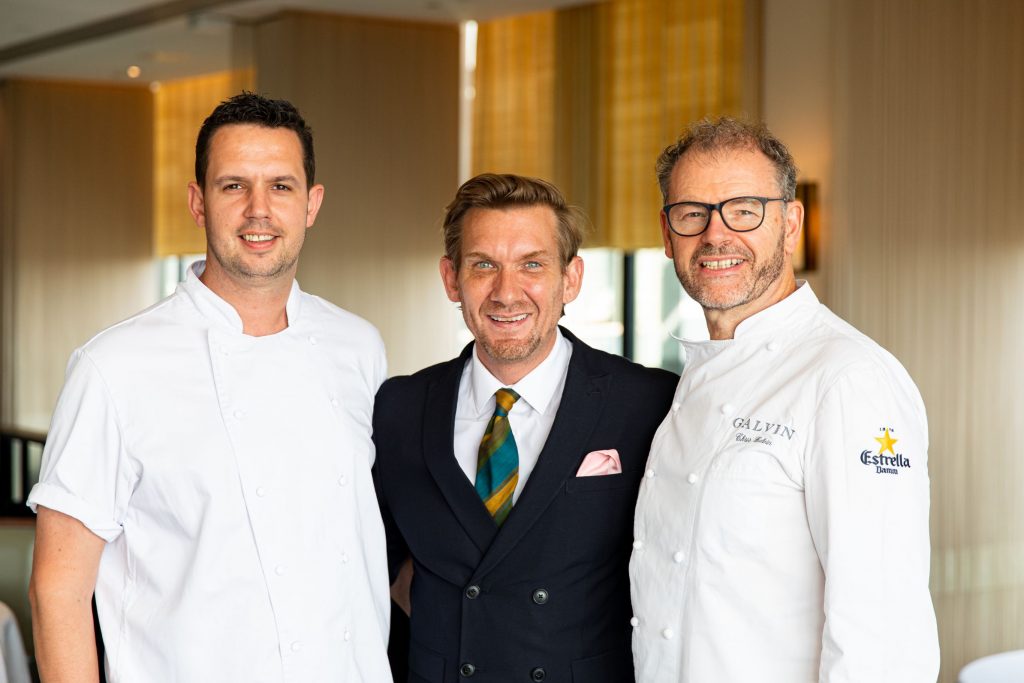 It’s not just about the views and crockery though. The team here are bathed in kindness, humility and good vibes. Inspiring General Manager Peter Avis is gracefully anticipative (he doesn’t miss a thing) and Sommelier Rudina Arapi is not just a wine expert but she can explain wine in the simplest terms to the youngest, most rookie wine admirer. These are all skills you can’t teach. 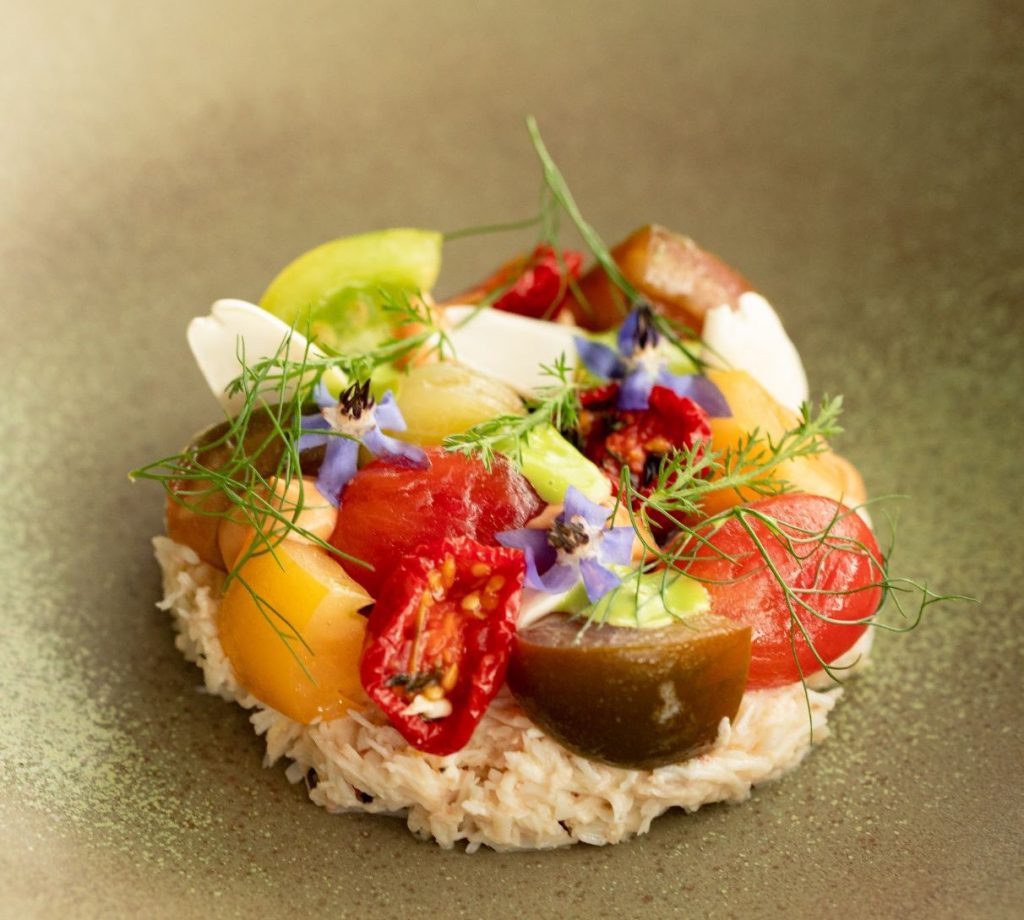 New head chef Marc Hardiman is all about the produce with an all-new menu championing British ingredients which changes regularly. An autumnal fettuccine with chanterelles, truffle, lardo di Colonnata (a traditional pure pig fat made in the hills of northwestern Tuscany) in a mushroomy jus was so balanced and so moreish. 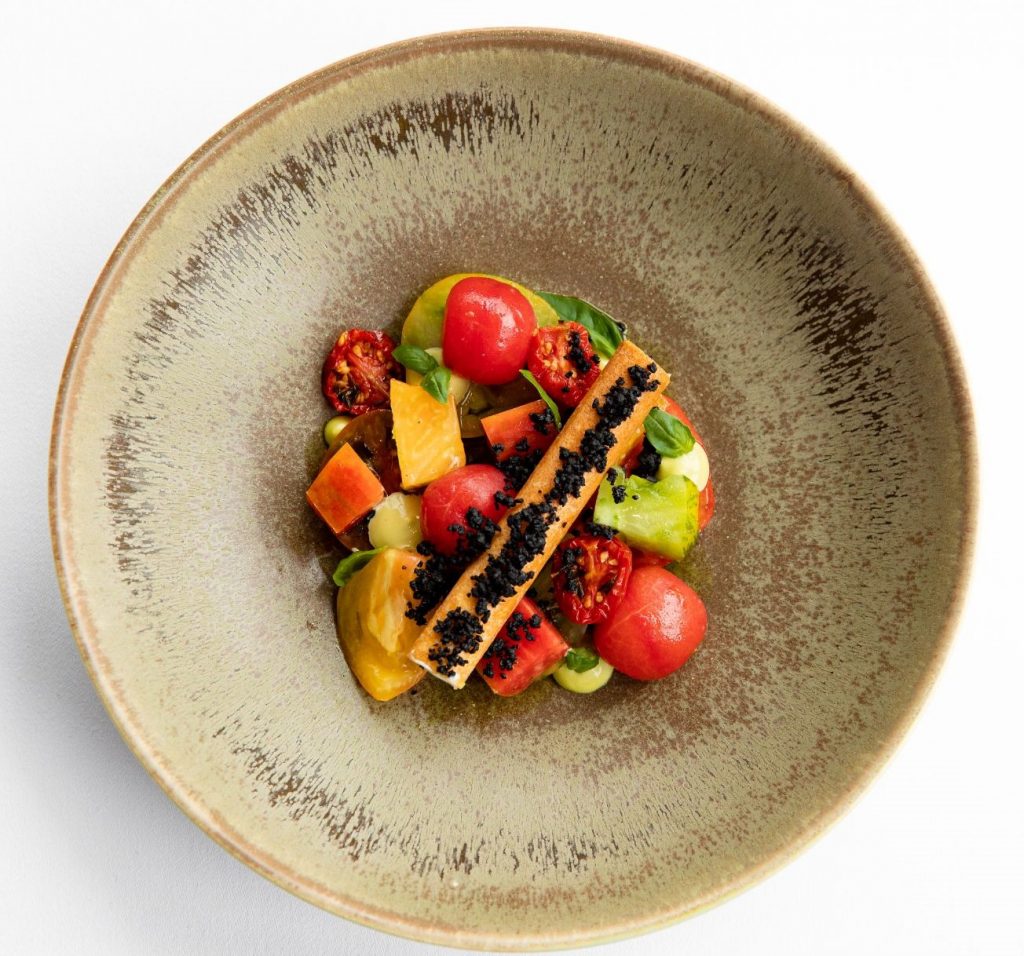 The sides are also seasonal including an Isle of Wight tomato salad and a must order is a simply titled “seasonal leaves and salad cream.” Forget London Fashion Week, these were the very best dressed leaves in town. To end, we were tempted with a glistening cherry soaked white forest cake which appeared alongside a cherry sorbet. 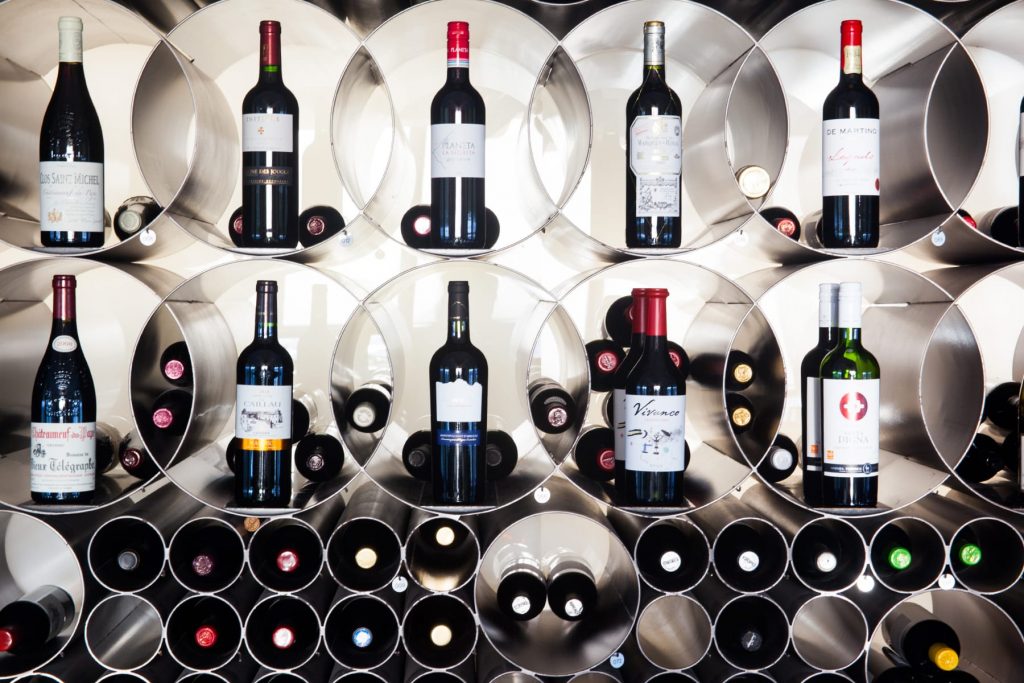 The Galvin at Windows Wine Dinners are back! What is unique about these wine dinners is that the wine is chosen first then a menu is developed around the wine. The first dinner of the season on 24 September will feature wines from Chateau Musar, one of the finest producers in Lebanon who have made some of the most fascinating, unusual and talked about wines. A five-course tasting menu to match these special wines has been created which you can enjoy at your own table too. Tickets are £149 for this one off dinner and look out for more upcoming dinners. 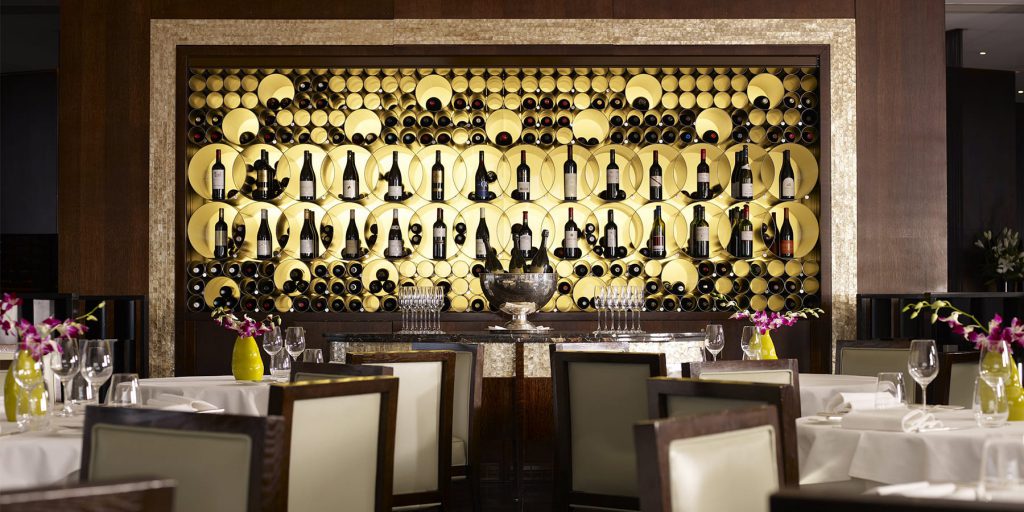 Like many marriages, Galvin at Windows has really stood the test of time which reminded me of that famous wedding day saying to summarise this experience. “Something old, something new, something borrowed, something blue.” Something old stands for solid consistency since 2006, something new for new head chef Marc Hardiman as well as plans for 10 Degrees and future wine dinners, something borrowed for those dinky jack in a box butter knives I nearly ‘borrowed’ and something blue for GM Peter Avis’s blue eyes and the purity of those beautiful skies that await your next visit to Galvin at Windows.

All imagery courtesy of Galvin at Windows.