Block Soho: Showcasing the best of British land and sea

Block Soho is built on British food tradition, but not as you know it. Led by our island’s rolling fields, bustling docks and centuries of culinary heritage, Roger Payne of the Enhanced Hospitality Group has created Block Soho in St Anne’s Court, Soho.

The vibe is very relaxed with a focus on brilliant ingredients, charming service and an enticing menu. The menu focuses primarily on premium meat dishes which are roasted on coals, with an additional selection of fish and shellfish. Executive Head Chef Stephen Boucher and Head Chef Arber Malaj’s open kitchen allows customers to see the grilling action (with four stools set up right in front of the grill). Meat is hung and aged in the restaurant’s own Himalayan salt chamber.

The family-run Huntsham Court Farm supplies all the meat for the menu. Richard and Rosamund Vaughan rear Longhorn cattle, Middle White pigs and Ryeland sheep on their farm in the Wye Valley. Newlyn Fish Market provides daily deliveries of fish and seafood, drawing on their 100 fishermen who source up to 40 different varieties. The fillet will make you proud to be British. Meltingly tender and full of flavour. One of the most impressive British cuts of beef we have ever sampled. 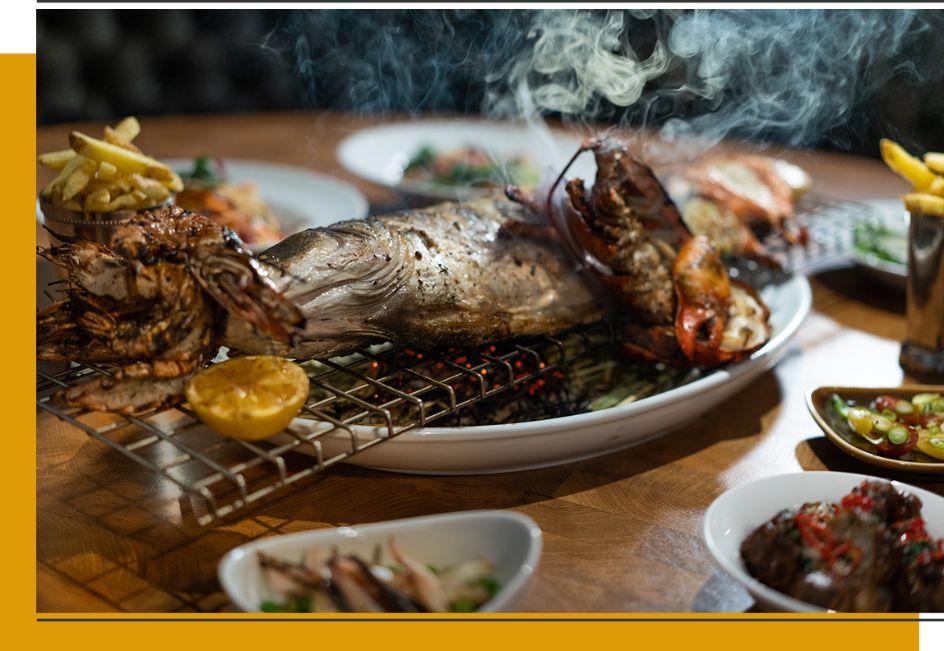 While the menu will change regularly, highlights covering steaks, chops and seafood, include: 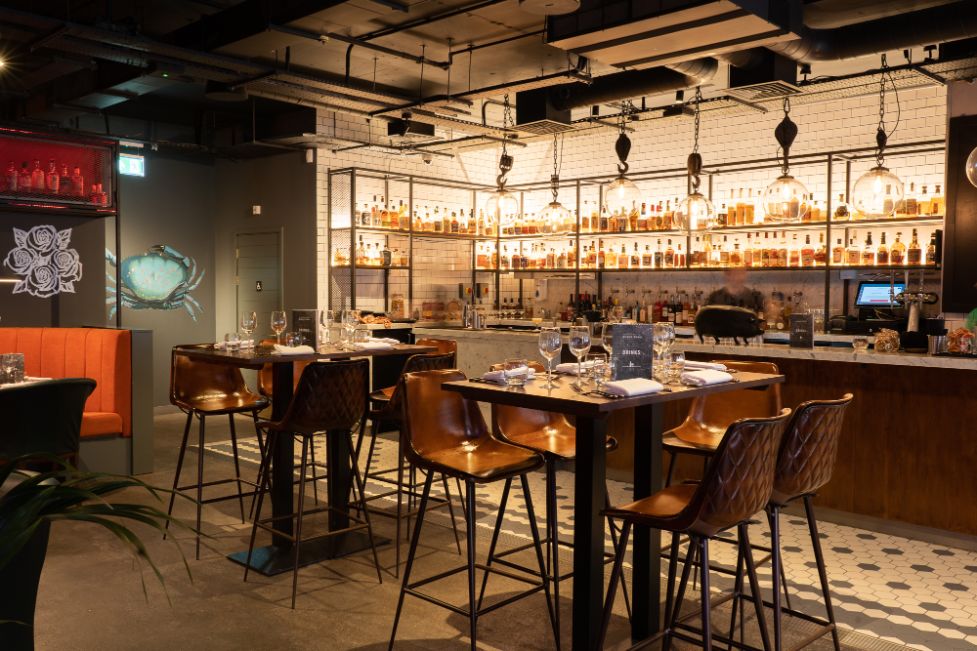 The bar at Block Soho is somewhat a jewel in the crown of Soho. Meticulous attention to detail and passion are poured into the cocktails with some great brands on show. The offering is overseen by the company’s Beverage Director Tony Vega, and features classic and contemporary cocktails, British beers, and a concise wine list that specifically matches the meat and seafood menu, incorporating many small producers and ethical winemakers.

In a nutshell, Block Soho takes the steakhouse concept and injects some real individuality and quality through brilliant British ingredients in a very relaxed atmosphere where everyone is welcome.

All imagery courtesy of Block Soho.