Originally the passion project of four classmates in 2011, Burger & Lobster has become a global success – celebrating their 10 years plus of business with a new relaunch. The iconic Dean Street restaurant in Soho has enhanced its interior design as well as adding new items to the menu in addition to the long-time favourites. Burger & Lobster are still dedicated to maintaining the simplicity and quality they have always been known for.

Burger & Lobster focused on ‘perfecting the craft of just one or two main ingredients’ with their very first restaurant and have only flourished since, expanding around the globe with over 15 restaurants worldwide. With a warm inviting atmosphere and intimate dinner vibes, Burger & Lobster have held onto their deep-rooted respect for great food and quality service all whilst keeping simplicity at their core. We are VERY happy to say the garlic butter remains firmly on the menu. 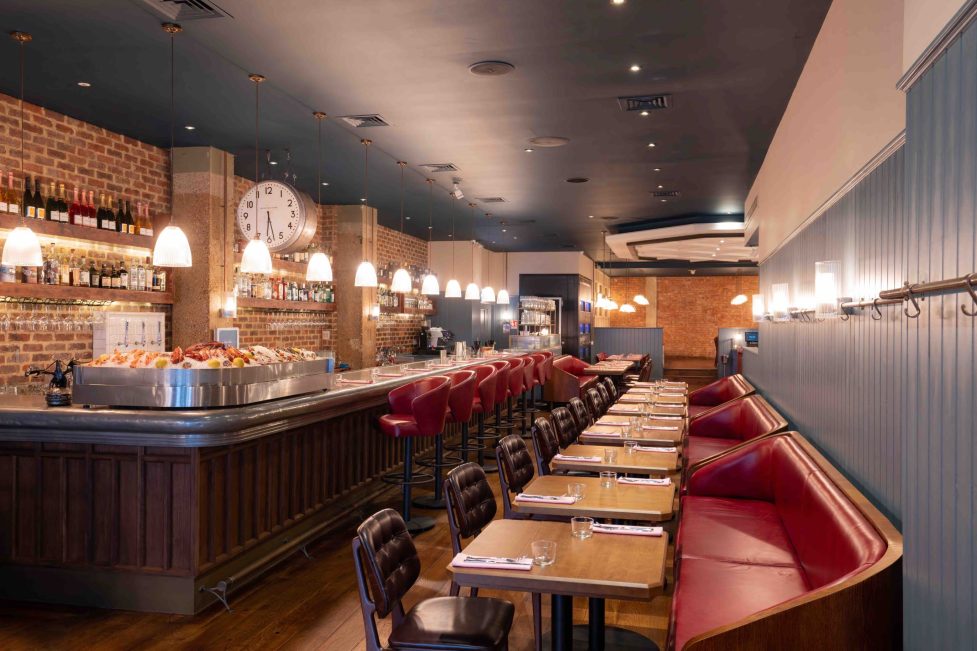 The newly revamped Soho restaurant is modern, fresh and chic. Burger & Lobster Dean Street has a new look, feel and ambience to it, with wood, brick and pops of colour all intertwining with one another. The navy-blue colour palette was inspired by the coastline of Nova Scotia, where the brand’s lobsters are from, a homage to Burger and Lobster’s history with Nova Scotia. The brand-new bar seating and tables furnished with cushioned chairs and sofas provide plenty of seating options to pick from. The stunning hanging lights add to the overall charm and ambience of the restaurant. 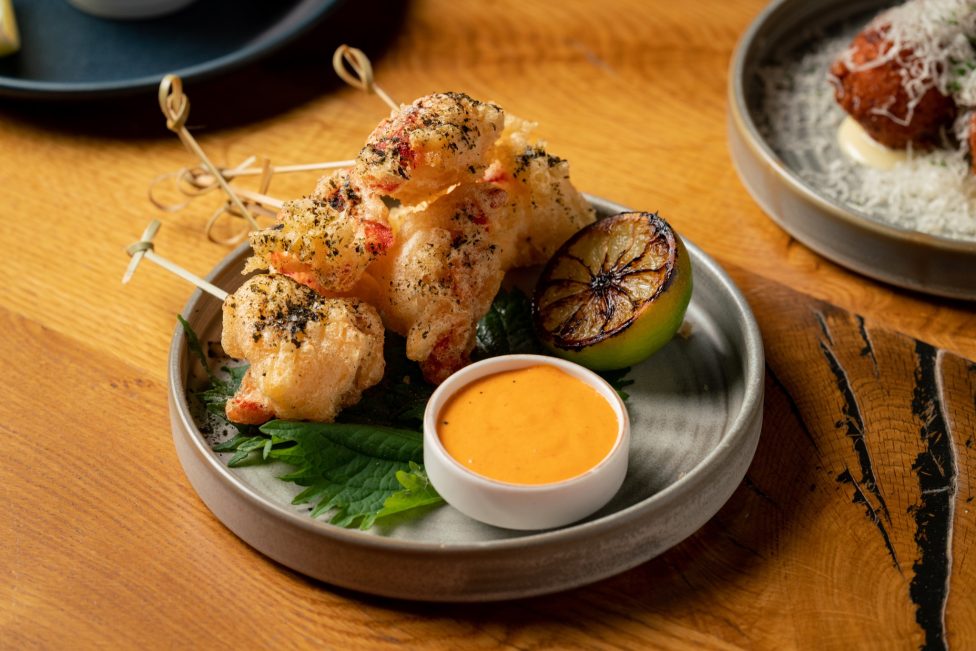 Burger & Lobster have tweaked their menu with some new and exciting dishes – New dishes include lobster tempura tails with kimchi mayo and seaweed salt, as well as a new lobster mac and cheese. Imagine a generous helping of macaroni in a rich lobster béchamel sauce with mature cheddar, crispy breadcrumbs and lobster. The rest of the menu mostly remains the same with their iconic dishes like the Irish beef burgers, lobster rolls and whole lobster along with their gooey lobster croquettes. So don’t worry, your old favourites aren’t going anywhere. 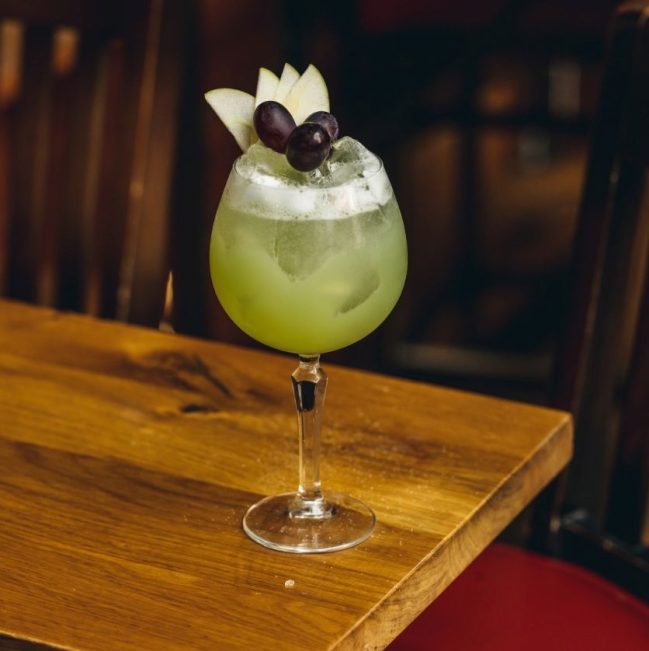 The Burger & Lobster team has also redesigned their cocktail menu specifically for the relaunch of their Soho site. The cocktails list is diverse, featuring a range of classics such as the Royal Punch and Taste of Panama which will now be joined by new cocktails, some inspired by the streets around Soho – The Dean Street Margarita and The Liberty being two of them.

An intrinsic mixture of the old and new, Burger & Lobster has kept hold of its core and mantra of high-quality food and service. The relaunched Soho branch has a new look, feel and enhanced ambience.

All imagery courtesy of Burger & Lobster.