A Cliveden staycation is the dose of celebration we all need this year. 350-year-old Cliveden House is known for many things throughout the years: the hotel that Meghan Markle stayed the night before her wedding, a setting for the Profumo Affair (the biggest British political scandal of the modern era) and further back it was home to an earl, two dukes and Nancy Astor – the first lady of British politics. 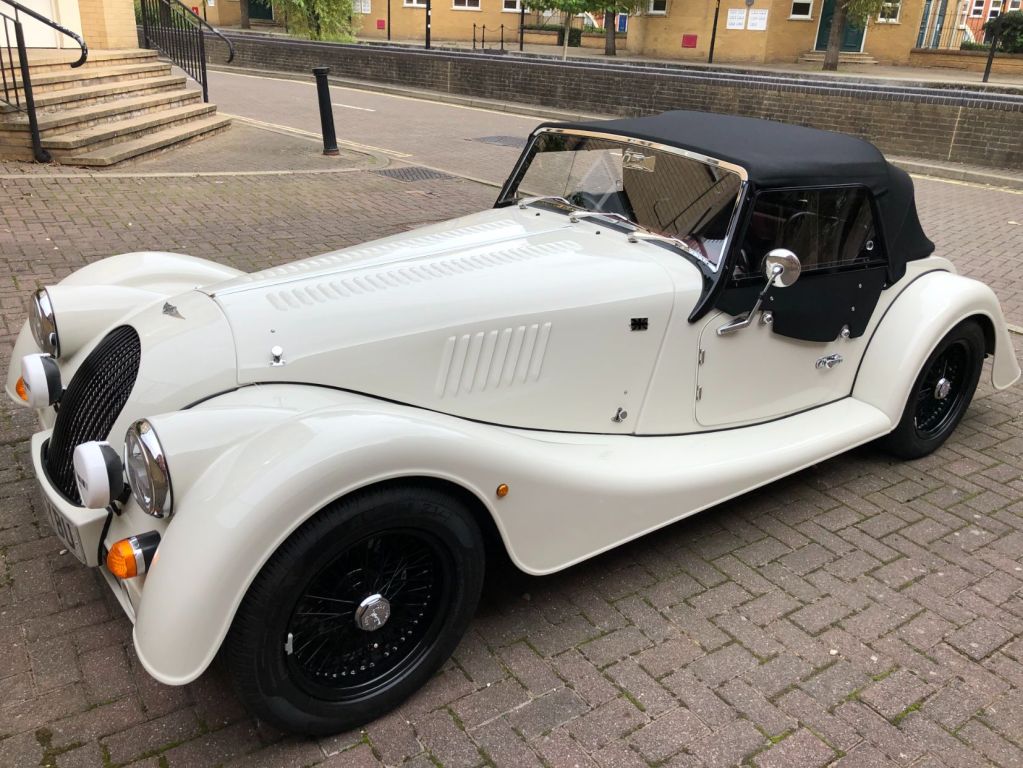 HOW TO GET THERE

Easily accessible from London by train or car, we borrowed a Morgan. Such an appropriate car for Cliveden. The all-new Morgan Plus Four may look traditional but the technology which underpins it has been brought firmly into the 21st century. A BMW 2.0-litre four-cylinder Twin Power Turbo engine, manual or automatic gears, a sports mode to make the car purr and so much more.

Taking down the soft top on the Plus Four is a ceremony. Once you do it once, it’s easy as long as nobody is watching! This is a gorgeous car that turns heads more than supercars and what it lacks in boot space, it makes up in a comfortable, elegant drive. The house itself is a sight to behold as our Plus Four tip toed down the long gravel driveway. 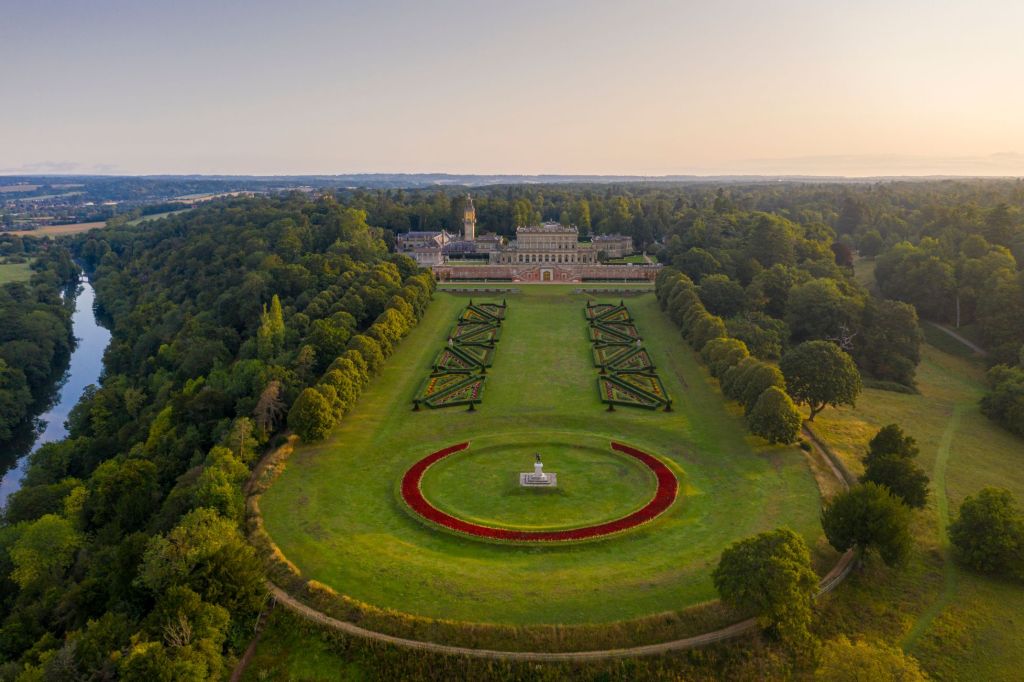 Cliveden House has 376 acres of National Trust gardens. I woke up early and was the only one around and it was magical. The mist was just starting to lift and the whole place was so serene. I walked from the Parterre overlooked by the South Terrace down to the river Thames, to the fruit-filled round garden and woods that line the steep cliffs above the Thames. 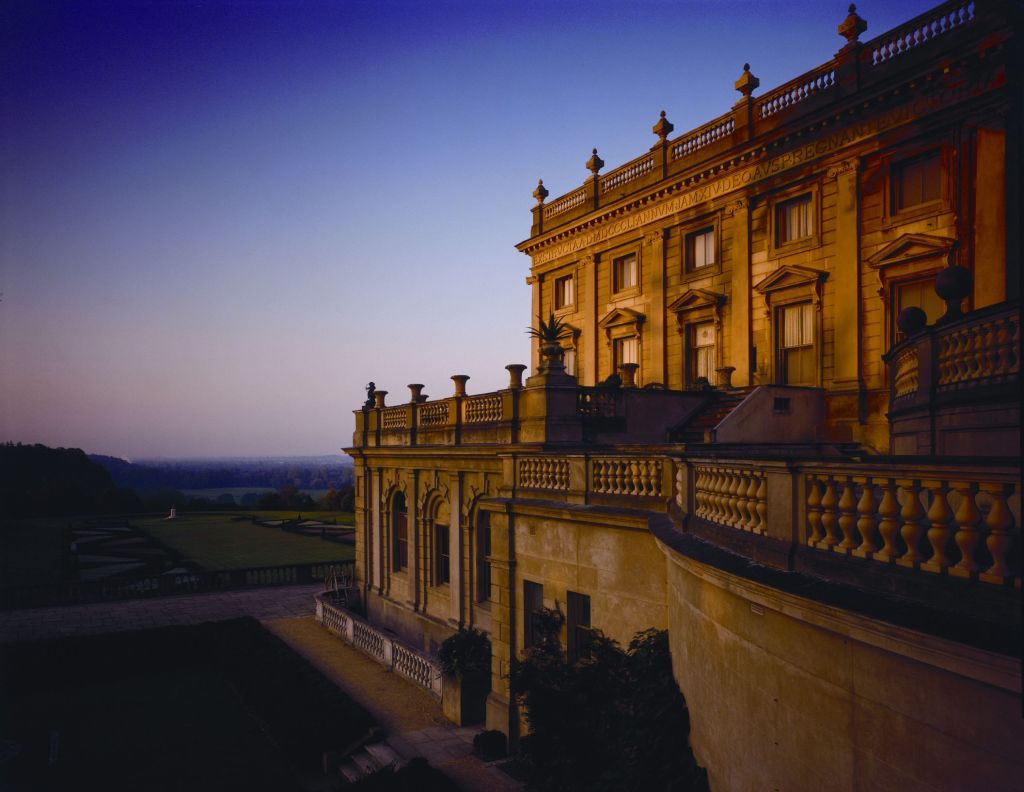 The Grade 1 listed house is stunning and has character. Things are a little different now with masks worn in public areas but with such a grand building, you can’t help but be amazed even by the funky hand sanitiser stations that shoot out comforting scented mists of the good stuff. 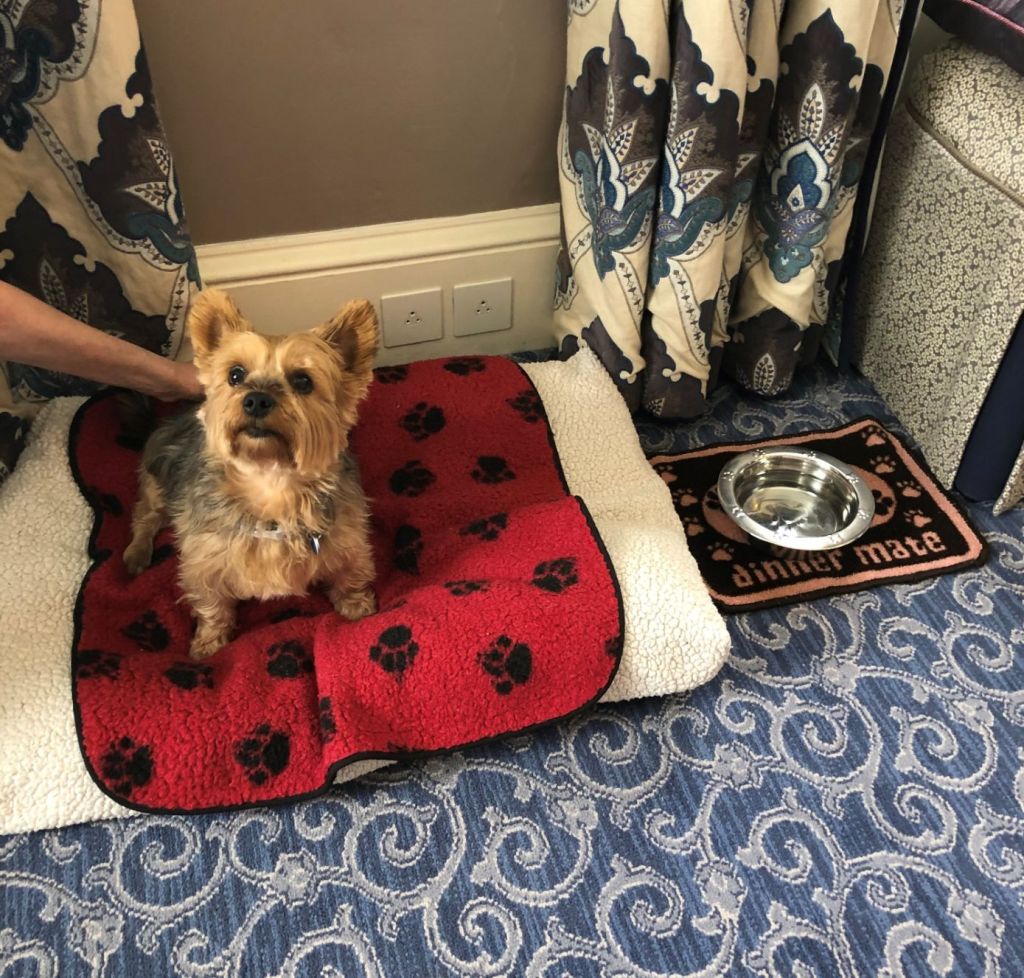 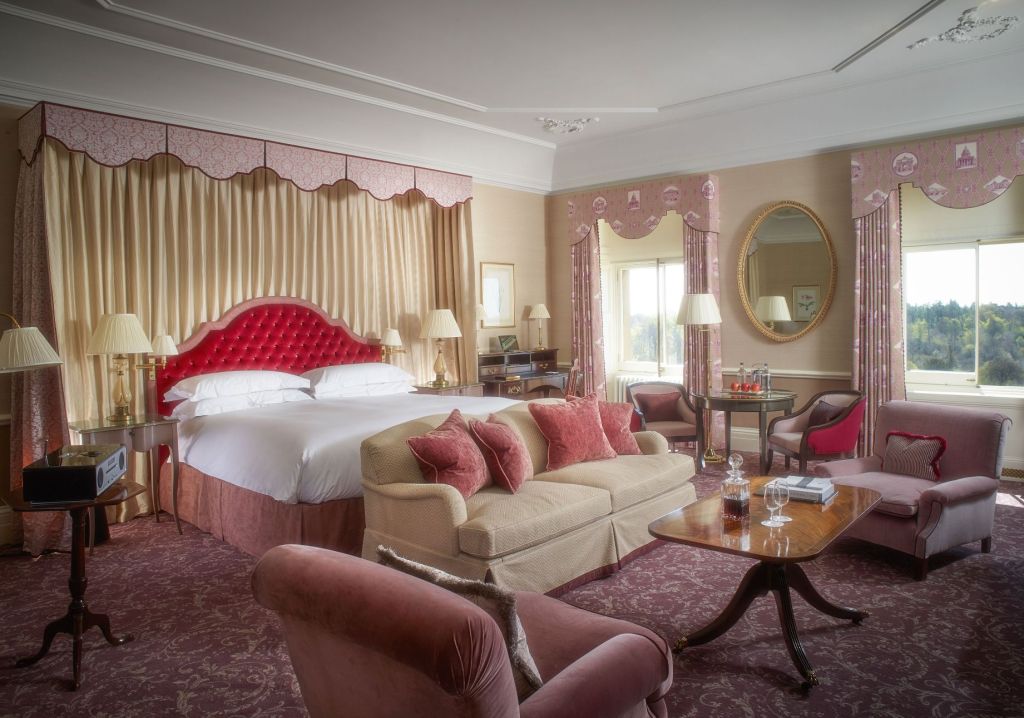 You can stay in one of 48 rooms and suites, each named after a figure from Cliveden’s past such as the Lady Astor and Prince of Wales. Our Spencer Junior Suite was comfortable and you also have your names written on the outside of the door so make sure you aren’t with someone you’re not supposed to be there with!

I also had an eye on the hot tub rooms in the Garden Wing, with views over the spa garden and your own hot tub on the terrace. 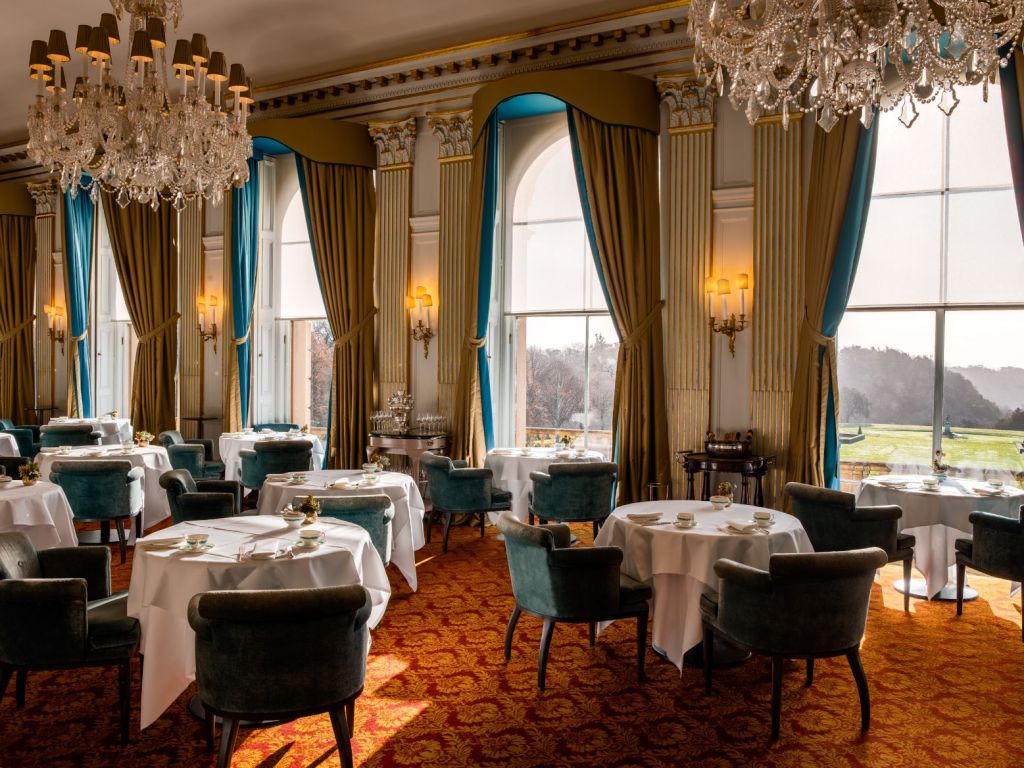 Before dinner, we nipped into the Residents Bar which overlooks the terrace for a very well mixed Vesper martini. We enjoyed a dinner in The Cliveden Dining Room which is traditional in spirit with modern British dishes. 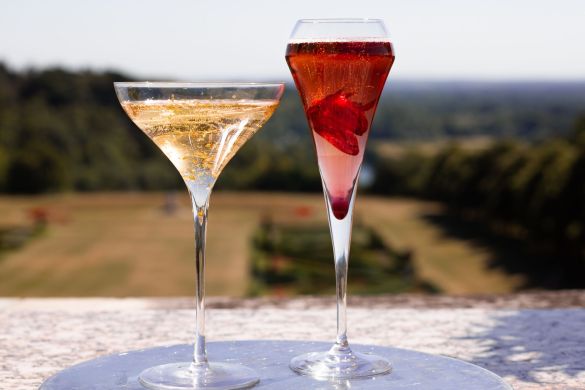 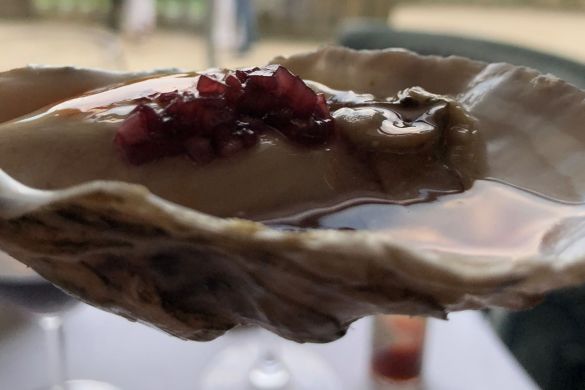 We stayed seasonal with some Mersea rock oysters to start with a glass of champagne. 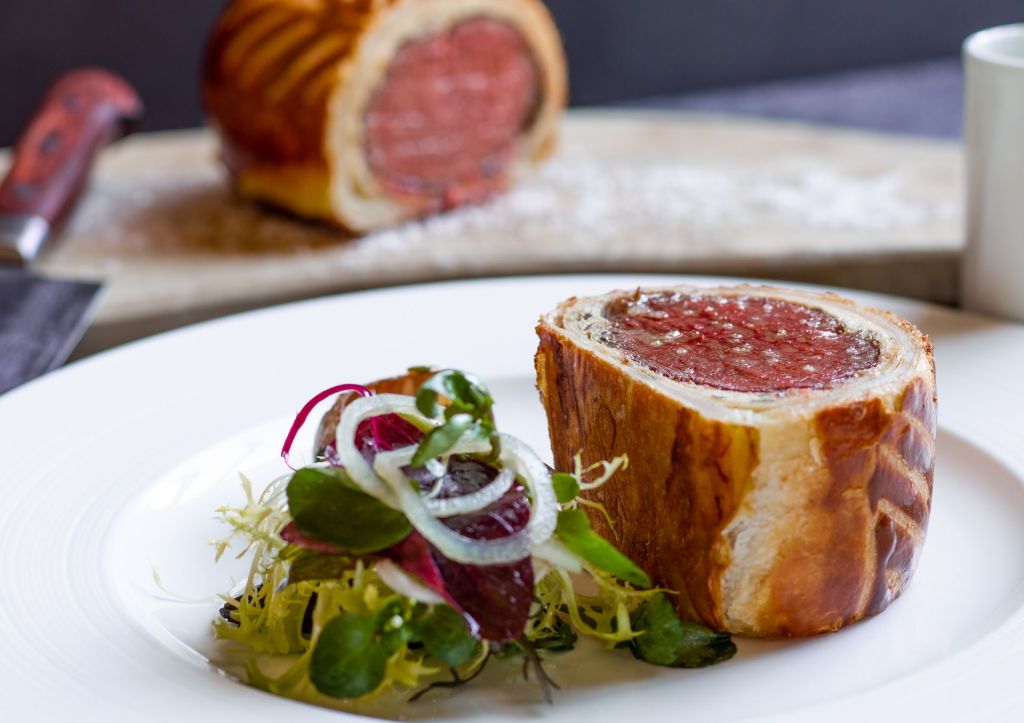 A Longhorn fillet of beef Wellington for two of us was tender and well prepared. On hearing we wanted some Lebanese wine, our sommelier showed off the encyclopaedic wine list which even had a page of Lebanese wines which went so well with the beef. 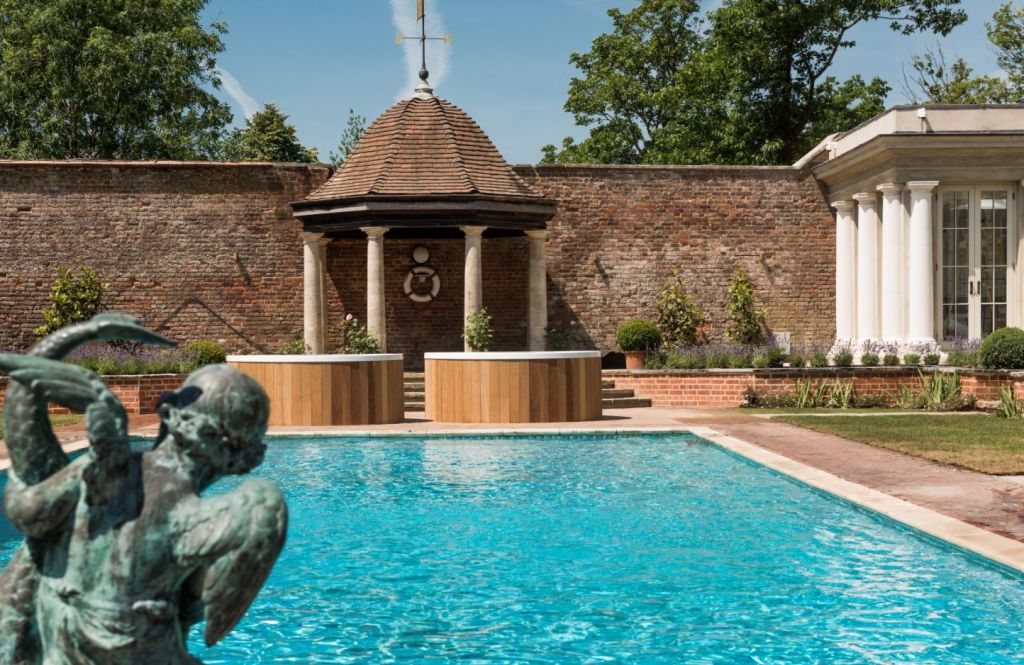 Even though it was a fresh September weekend, I still wanted to be in the very pool that caused all the controversy back in the day. It was just nice being outdoors still. The pool was fresh and the hot tubs flanking the pool were a great way to relax on a Sunday morning. 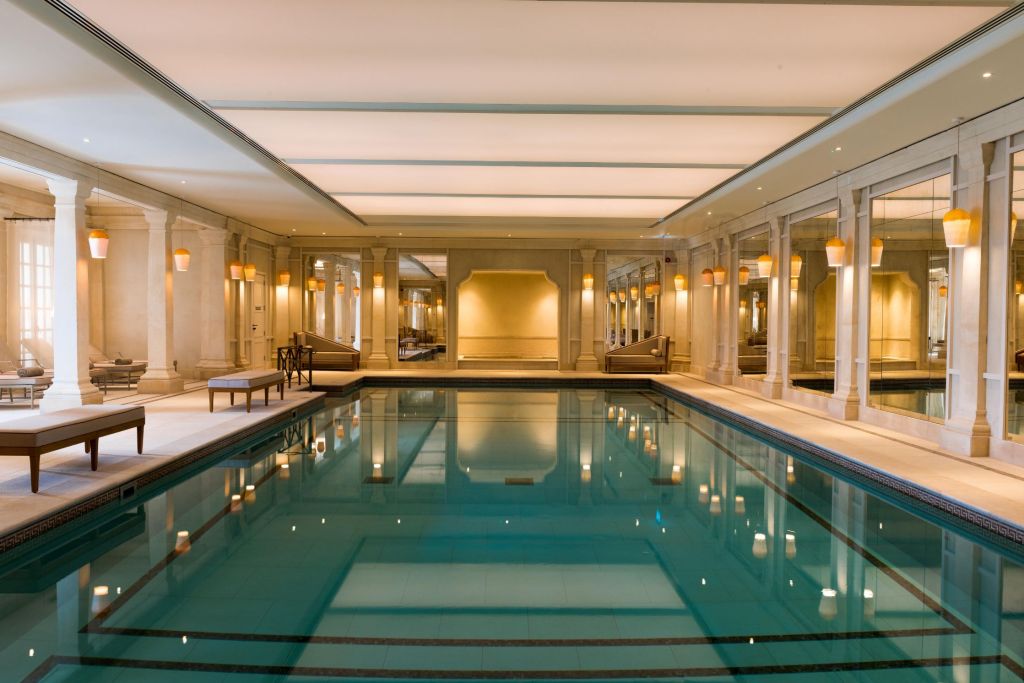 This is a really stunning facility. Hidden behind the brick walls of the garden and enveloped in greenery, you will discover a tranquil oasis with indoor pool, gym, treatment rooms, infrared sauna and infused steam room (currently closed) and three tennis courts! 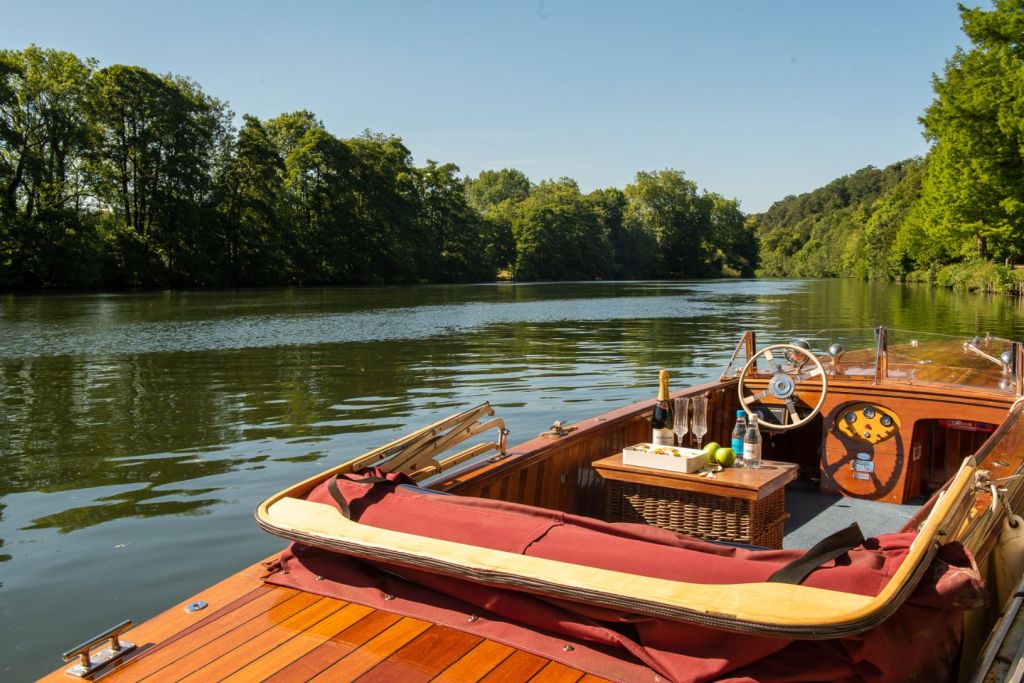 I’m not a fan of treatments usually but I tried an OSKIA Radiance Facial which was relaxing and also made my skin look and feel better. OSKIA’s approach is all about boosting skin health and improving the complexion and even my most tired complexion came alive for a while. 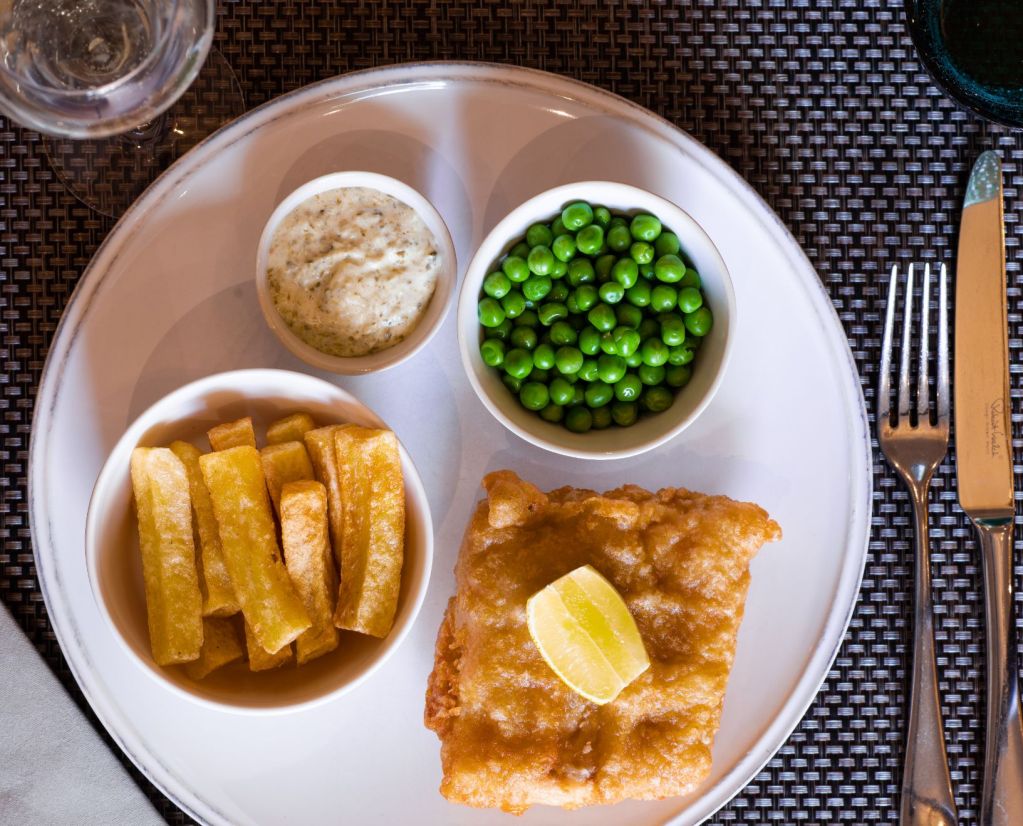 After checking out and a final swim, we headed to The Astor Grill which has a fun equestrian themed décor and a huge terrace too. The menu is very homely with pastas, salads, grills and more. If you look carefully at the menu, Lady Astor is watching over everything and she would have definitely approved of the Rebellion beer battered fish and chips. 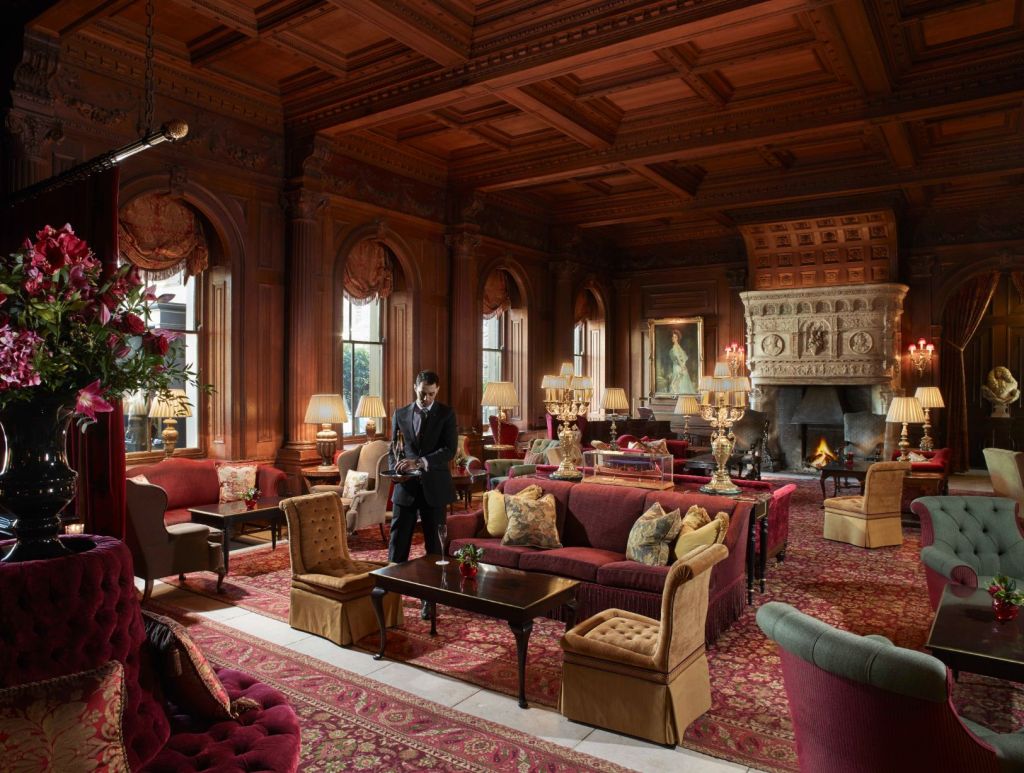 This Cliveden staycation was much needed. My family live close by and we have seen Cliveden evolve and change over the years with tradition still at the heart. From Winston Churchill to Gandhi, George Bernard Shaw to Queen Victoria herself, Cliveden boasts a long list of esteemed guests which now includes Bug the dog.