We have been promised a crazy meal at our destination for the evening: Crazy Pizza.

The restaurant is the London outpost of ex-F1 boss Flavio Briatore’s upscale pizza empire, with branches in Porto Cervo, Monte Carlo and London. I must confess, I was slightly dubious as to how “crazy” the night could get but from the word go it’s clear that Crazy Pizza is ready to create its own party – music, pizza spinning and all. 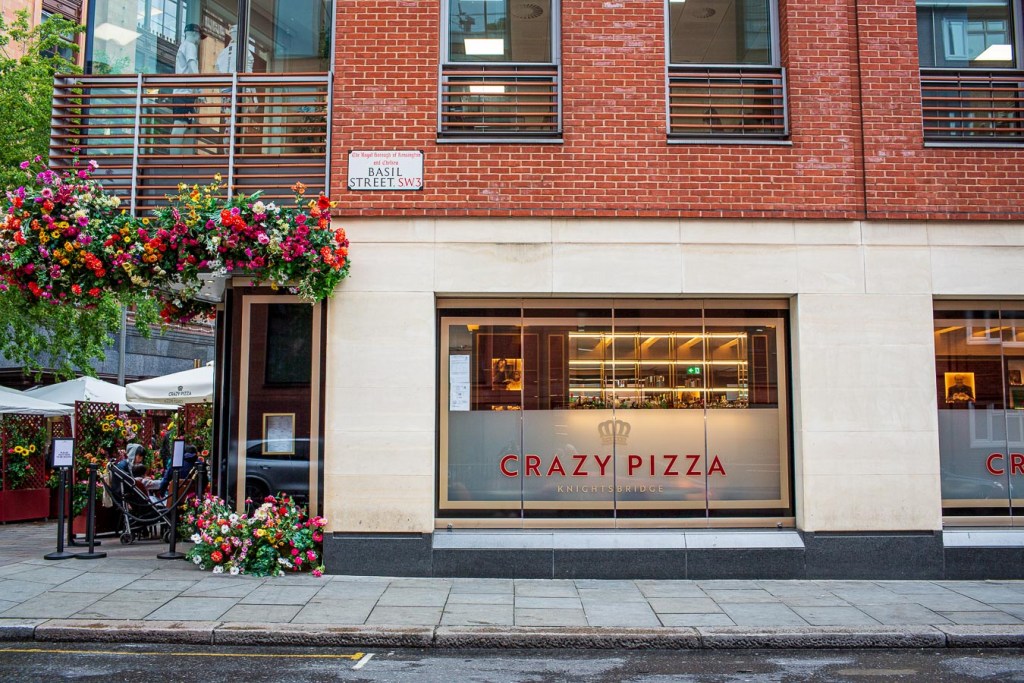 The venue: a beautiful balance of the sophisticated and standing out. There are enough red leather chairs, chandeliers and, on the exterior, flowers to cater to the Milan-to-Knightsbridge crowd. The restaurant’s fun side is not so much hinted at but seen across the walls. Photographs of various pizza-chowing celebrities, a DJ and even on a Sunday, it’s packed. 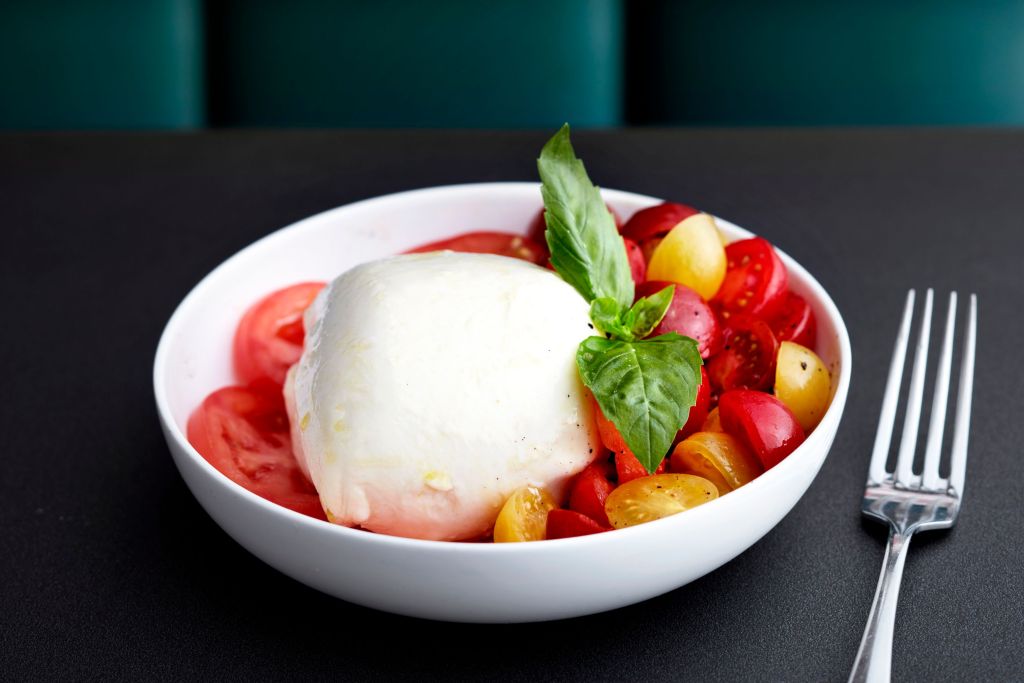 We take our seats and turn our attentions to the menu. To start, we opt for the bresaola – salty, moreish cuts of beef topped with a twirled courgette cigar – and the burrata. Crazy Pizza makes its own mozzarella, with the best seats in the house in front of the open kitchen where you can see the chefs perfecting that day’s batch, so I’m curious to see how the burrata performs. I’m not disappointed. It’s the perfect balance of creamy and tender, and there’s ample to serve two of us. 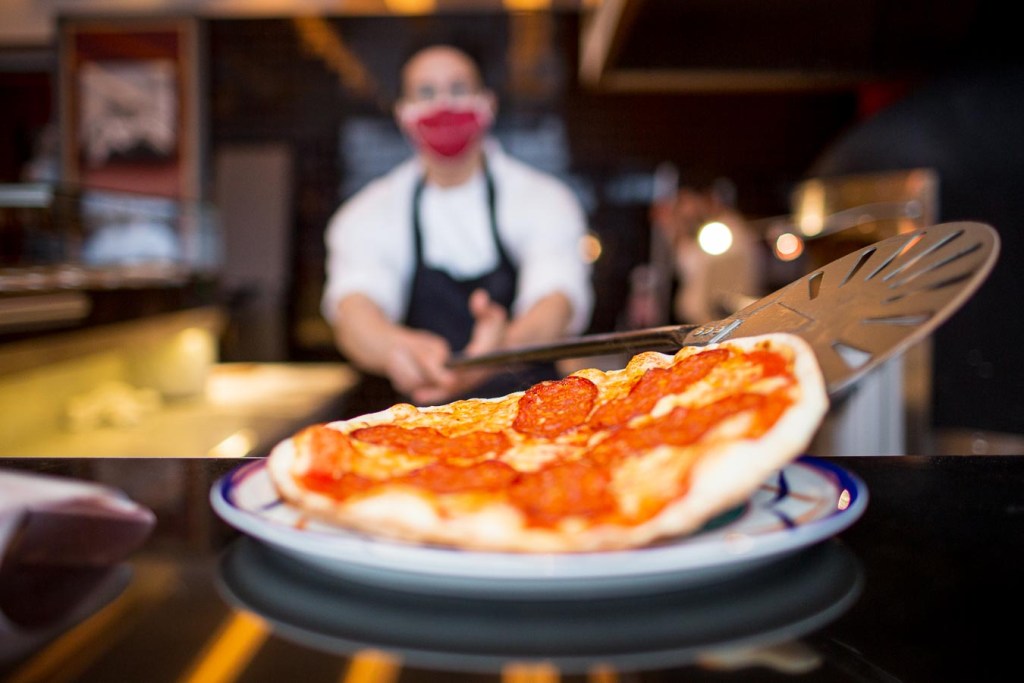 The restaurant’s main squeeze, however, is their yeast-free, ultra-thin pizzas. Now, the pizza toppings are not what I would describe as overly adventurous, even for the eponymous crazy pizzas. Most are variations on mozzarella, cheese and tomato sauce, with loftier options like the ‘Tartufo’ (mozzarella, truffle shavings and truffle oil). We go for mushroom and mozzarella topped with crisp rocket that cuts nicely through the meat-cheese-carb bonanza we’ve signed ourselves up for, and, at our waiter’s recommendation, the Pata Negra from the ‘Crazy’ menu (tomato sauce, homemade mozzarella and Iberian presa ham). 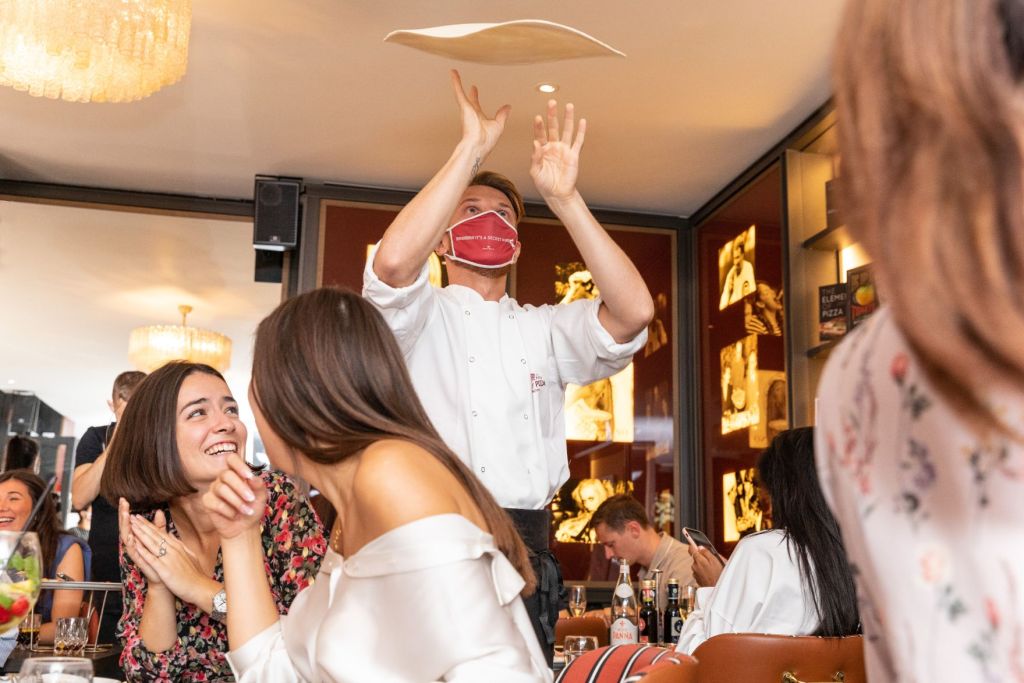 While waiting for the pizzas to arrive (and daydreaming about the burrata), the music abruptly switches from an old Katy Perry song to a trattoria-style Italian tune. The staff start clapping and cheering, and the craziest pizza of the night appears: a huge, tablecloth-sized dough spinning above the head of one of the chefs, who takes it on a tour of the room while the entire restaurant goes, quite literally, wild. 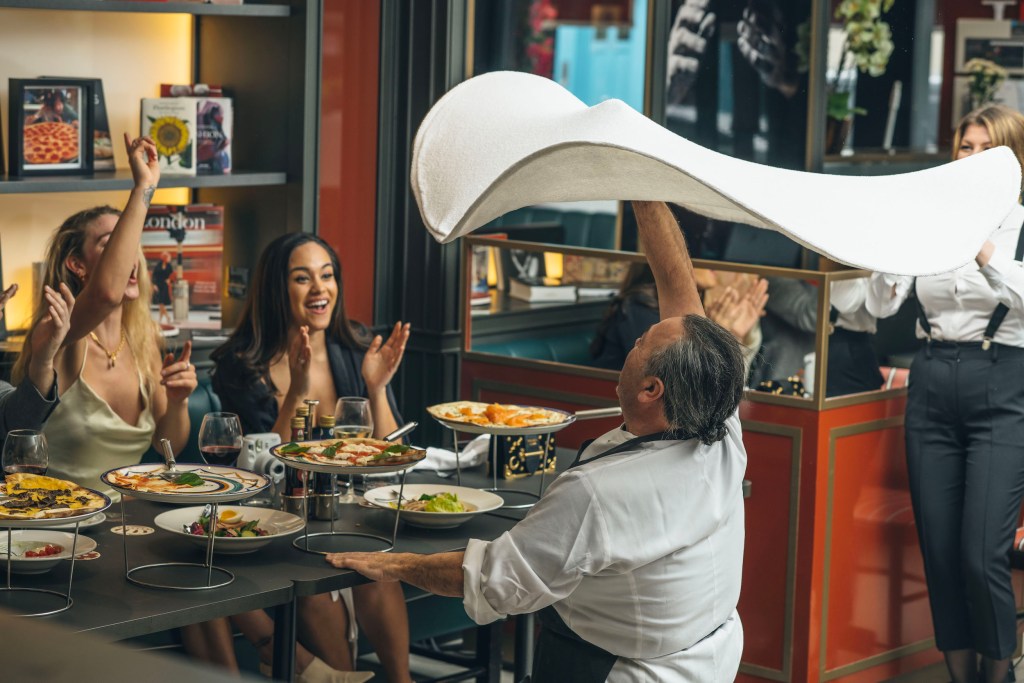 It’s not the only performance of the night, either. There’s a second in which the staff whip out white napkins, wave them above their heads and sing along to an opera song; a third if you count the 21st birthday party three tables down belting along to Dancing Queen. 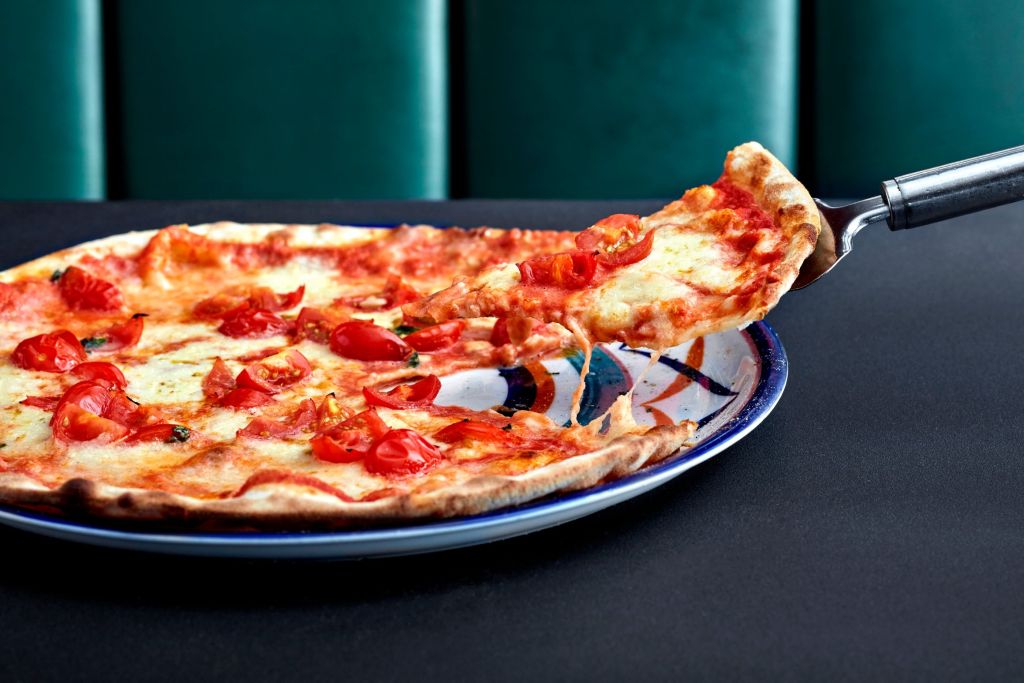 Performance over, the pizzas arrive. Truly delicious. The tomato sauce is wonderfully fresh, the mozzarella is creamy without being unbearably stringy, and the Iberian presa in particular packs a salty, delicious punch. You could (and, indeed, should) eat an entire pizza to yourself without feeling overly full and leaving plenty of room for dessert. 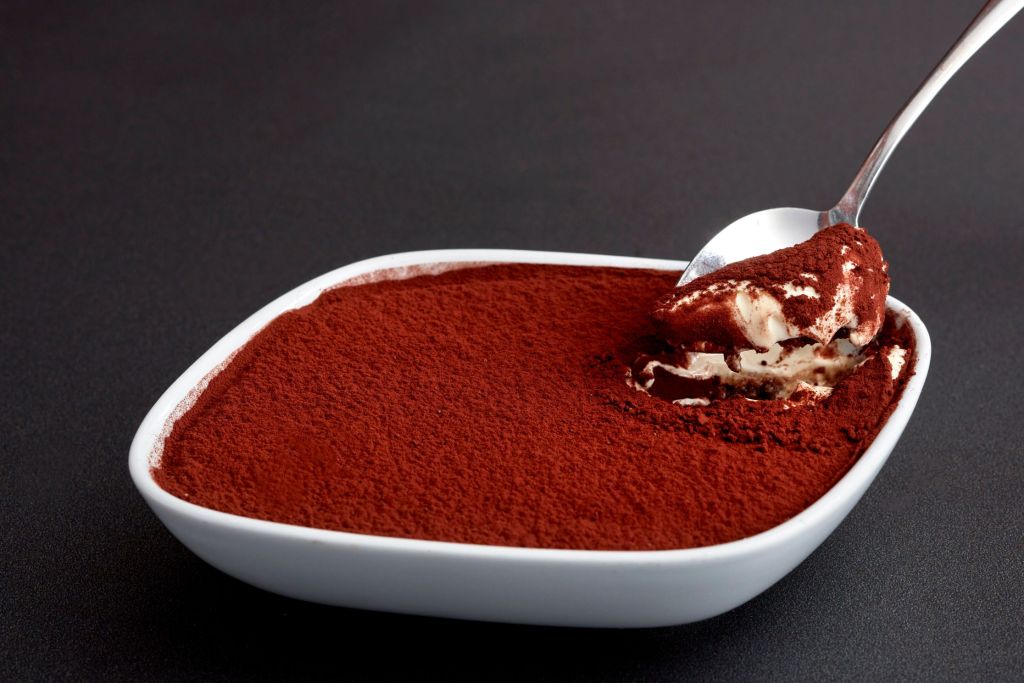 And even pud is a performance here; our tiramisu and ‘Crazy Cake’ (ordered out of sheer curiosity) are constructed tableside. The tiramisu is the freshest in London. Sticks of cake are drenched in espresso straight from a Moka pot and topped with layers of cream and an avalanche of cocoa powder. It’s got an almost rum baba like texture, with each bite eschewing more and more coffee.

The Crazy Cake, we discover, is cornetti (the croissant’s sweeter Italian cousin) topped with chocolate sauce, thick cream and a Jackson Pollock-like lashing of Nutella. “Enjoy the gym tomorrow,” the waiter laughs as he presents it to us with a flourish. Never mind the gym, I think, as the first mouthful hits my tongue, I’m enjoying this right now.

Chair-dancing to ABBA while a giant pizza is spun above our heads as we tuck into a tableside created tiramisu. You can’t get much crazier than that.

All imagery courtesy of Crazy Pizza.