This much-adored timeless musical made a triumphant return to London in the newly renovated Trafalgar Theatre, now at 650-seat capacity and offering a venue made for stellar acoustics and intimate performances. Delivering pitch-perfect voices, Italian-American sucker punches and a string of falsetto-driven hits, Jersey Boys has exploded back onto the West End stage. 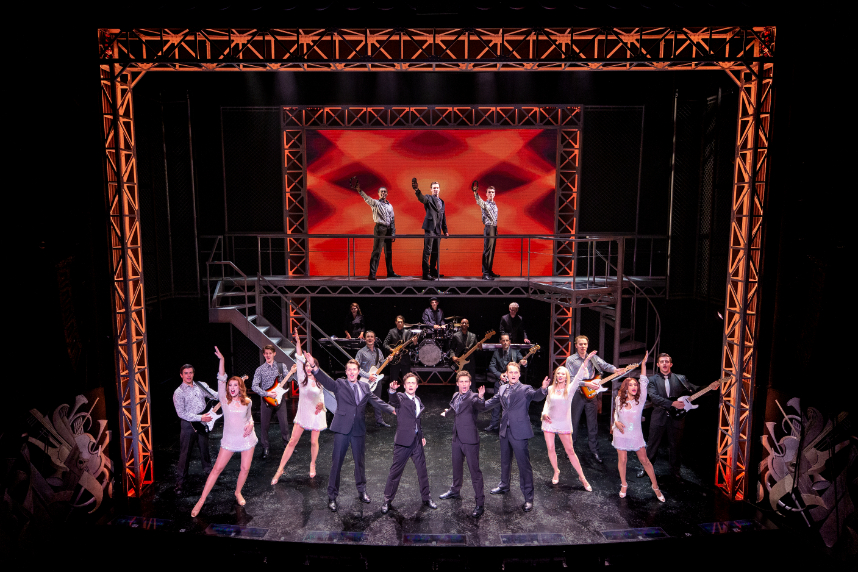 With Broadway Director Des McAnuff’s Jersey Boys, you are paying for the classic show in all its glory with clever staging that takes us on a journey. Characters take turns in planting themselves at the forefront of the narrative, flitting up and down the stairs of a stripped back industrial set. Using just lights, colour and digital screens, The Four Seasons’ raw history is impeccably told, and requires no backdrop of glitz and glamour to truly hammer the emotions home to us. Fallen Angel particularly reminds you of the heartache and pain that continuously simmers within the lives of these four men from Jersey. 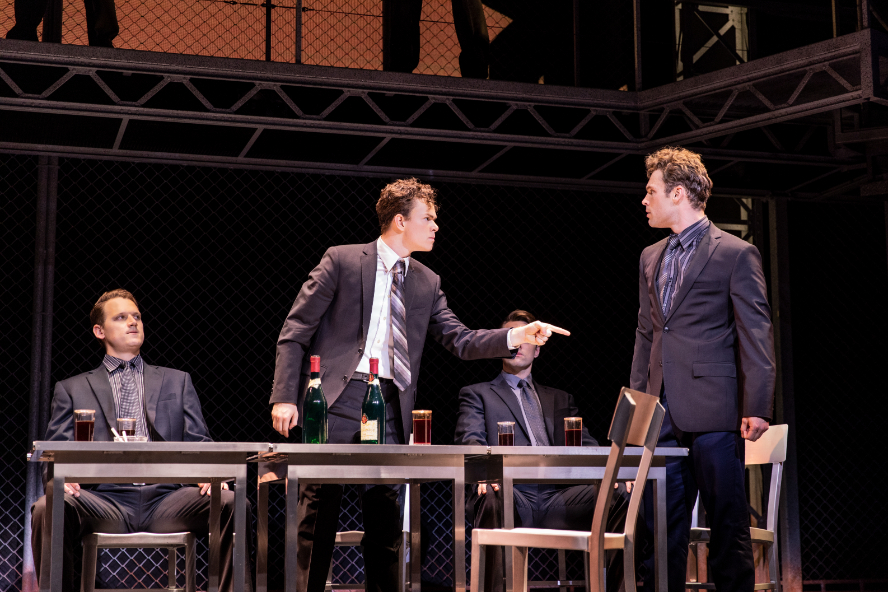 A stand-out performance was that of Ben Joyce, who stepped into the shoes of Frankie Valli – shoes he undeniably filled. Joyce is fresh out of drama school (his Instagram goes from his grad show at Mountview to him in the famous Jersey Boys red blazer!) but we didn’t realise that. Watching him on stage, he didn’t feel like a newcomer. His power, emotion, energy and acting choices were that of a West End veteran. He even treated us to some splits mid song in Beggin’! Yet, to carry the load of the protagonist bears no weight on his shoulders, as his voice soars, stuns and serenades us from start to finish. To have a young man in this physically and emotionally challenging marathon of a role is a clever casting choice and one that will give this actor an amazing start to his career. 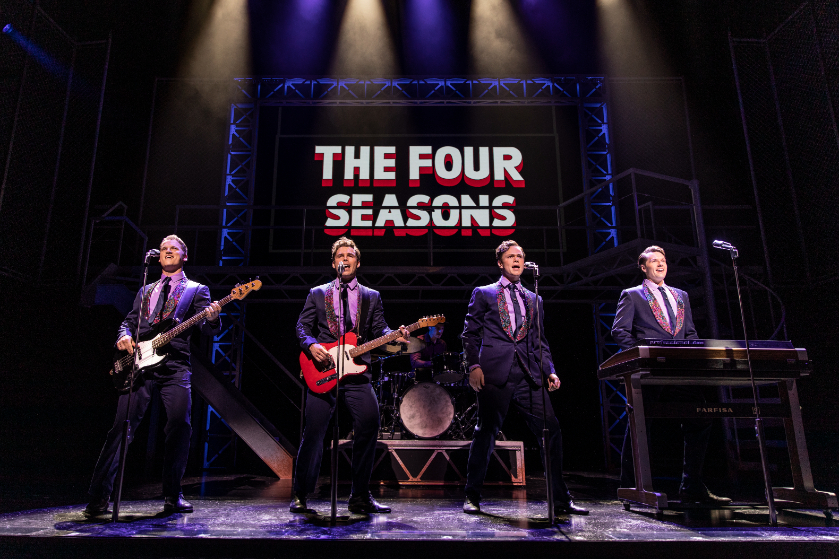 To not pay mention to the remaining three Seasons would be equal to Tommy Devito’s unpaid debts. Benjamin Yates shines as the ladykiller mobster Tommy with that cheeky smile and brilliant vocals that croon us until Valli properly tests his own pipes. Golden boy Adam Bailey takes on the clean look and intelligence of Bob Gaudio with grace, while the gorgeous baritone voice of Karl James Wilson as Nick Massi rounds off the Four Seasons.

Katy Richardson leads the orchestra of saxophones and trumpets (“We can talk about a whole horn section”) with style and precision, from the band’s first classic Sherry to Who Loves You and, obviously, Oh, What A Night! Some of the cast also become actor musicians with Mark Isherwood playing guitar one minute and then treating us to his Godfather gangster performance as Gyp DeCarlo. 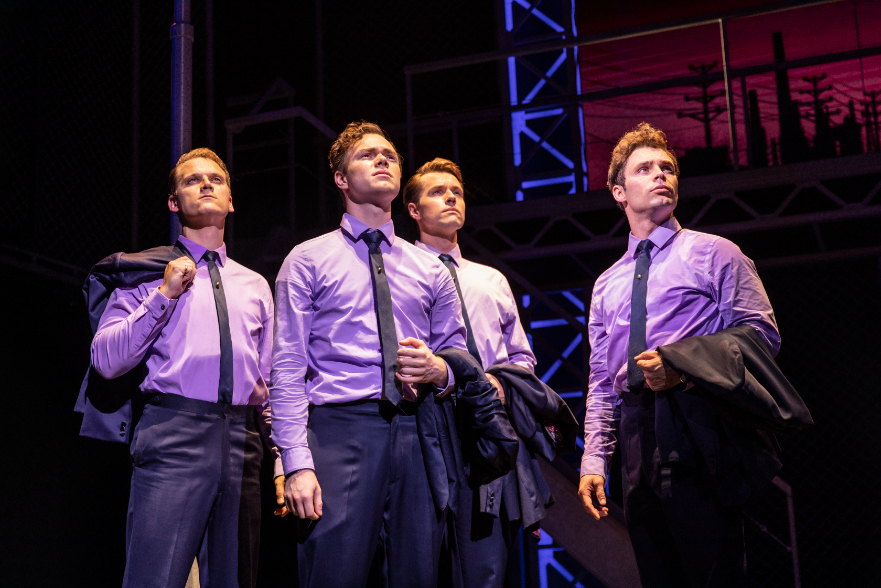 The final scene leaves us with eyes cast upon the members of a more ‘aged’ Four Seasons. During the reunion at the Rock & Roll Hall of Fame in 1990, the gang reminisces about old times. They all look at the audience and consider what their success meant to them.

Tommy starts laying claim to the fact that none of the other achievements matter – “The Oscars, the Emmys, whatever – you can buy that shit”. With arms outstretched, he says, “But you can’t buy this. You know why? Because this is from the people.” This is being told to the room who went ecstatic for Joyce’s rendition of Can’t Take My Eyes Off You, with applause and an ovation across the Trafalgar Theatre that could have lasted all night. Joyce looked into the lights, eyes brimming with tears. This really is from the people. 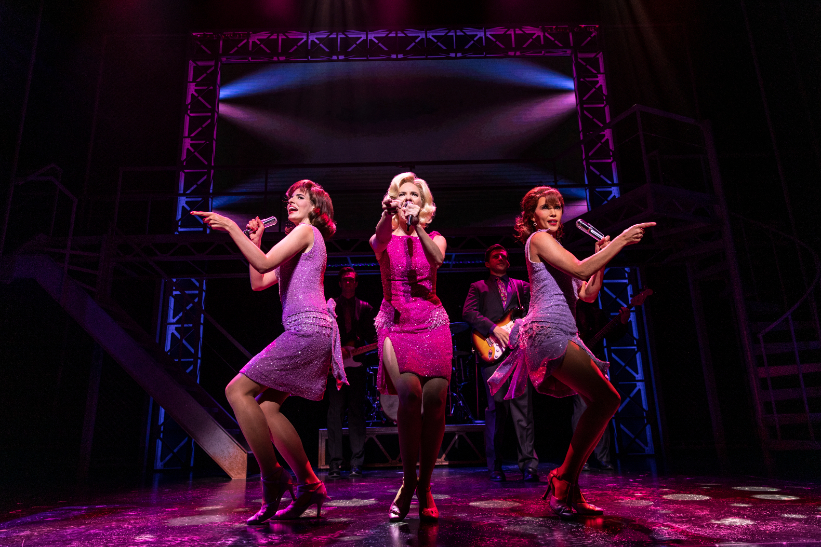 It’s not just the people of London who will enjoy Jersey Boys as the show is also embarking on a UK and Ireland tour later this year too. Theatre-goers are ready to breathe long-awaited life back into the West End, and Jersey Boys is not one to miss along the way.

Jersey Boys is booking at the Trafalgar theatre until 2 January 2022.