There is a great deal that can go wrong in that most beloved English tradition; the picnic. Whether it’s a sudden downpour, dive-bombing wasps, parading ants or in the case of my recent attempt in Green Park – hordes of people newly allowed out of home during lockdown, a bucolic al fresco fantasy is often far from the reality. Find out about Le Deli Robuchon.

With all this to consider, it makes sense to avoid the hassles of preparing dishes at home and cramming them into mismatched Tupperware to lug across town. Traditionally a few choice picks from M&S would suffice (other supermarkets are available) but excited to see friends after the long break I wanted to splash out and what better way to do so than with the help of the chef of the century, the late great Joel Robuchon. 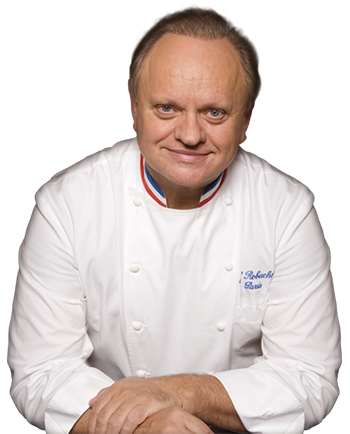 At one time Robuchon held 32 Michelin stars across all his international restaurants, an unbroken record and his legacy continues with the recent opening of Le Deli Robuchon on Piccadilly. A beautiful and elegant space of dark wood and white marble, Le Deli offers a gorgeous selection of classic dishes to eat in or take away, akin to what you might find in one of Paris’ most upmarket traiteurs. As one would expect the emphasis is on relatively simple dishes, all the better to eat outdoors, but made with ingredients of the utmost quality and a deft hand, elevating the offering to something worthy of holding Robuchon’s name.

Taking advantage of the eminently helpful Le Deli team’s know how, I requested a selection suitable for four people. The packaging was impressive, all beautifully branded – all the better to impress one’s friends or arouse envious stares from neighbouring picnic parties and with cool packs to keep everything in perfect condition. 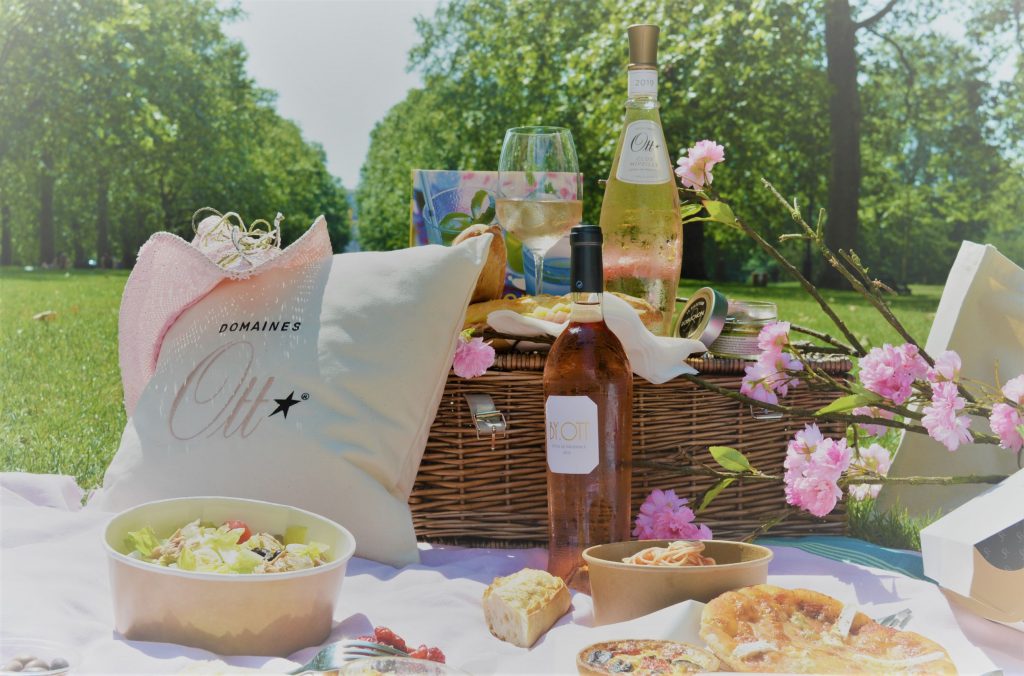 We began with an elegant Caesar salad, (the piquant dressing kept separately of course) as well as a burrata and tomato salad with the creamiest cheese fit to burst over golden and red heirloom tomatoes. As with all the dishes, these could easily have been served in a restaurant and the salmon poke bowl, although perhaps a little out of place amongst all the French dishes, was well put together.

Individual Quiche Lorraines made with the most buttery pastry followed, creamy and salty in all the right places and perfect to combat the excess of champagne that had begun the occasion. Then what is always (to me) the main event of any picnic – the sandwiches. Unlike the traditional choices that are so often limp and curling – here were a selection of crisp and generously filled baguettes – chicken and avocado with a béarnaise dressing or a classic ham and cheese made with an Emmental that would not have been out of place on a Michelin starred cheeseboard. 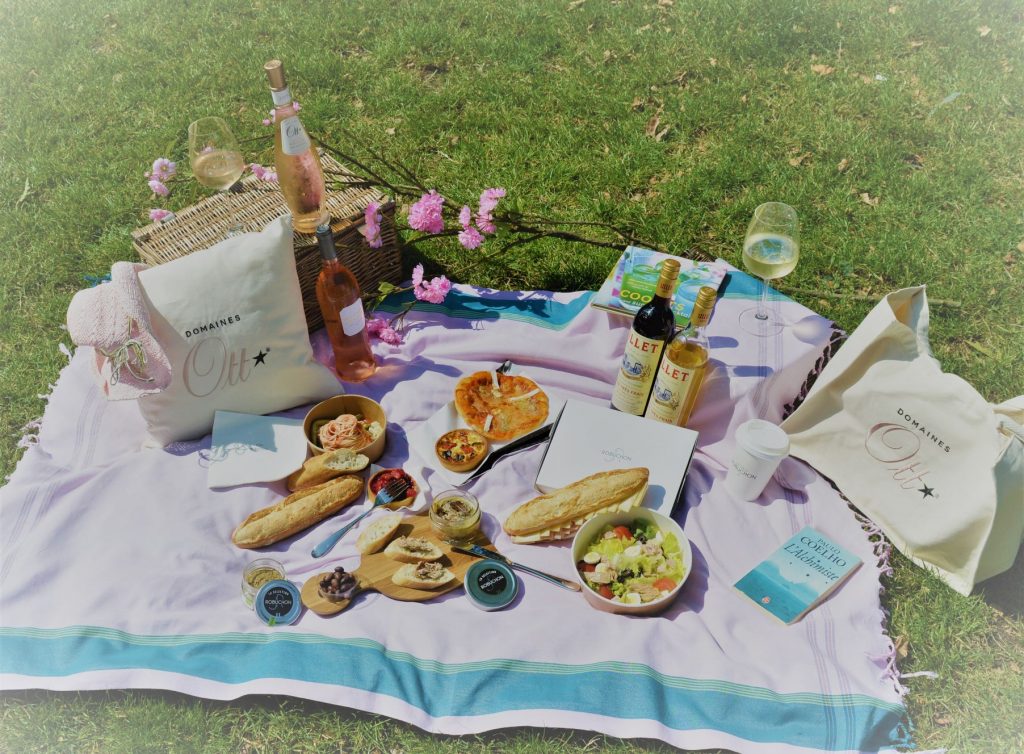 With dusk gathering and just one bottle of champagne left it was time for dessert and with the reputation of Robuchon’s amazing pastry kitchens, expectations were high. Out came elegant individual lemon and raspberry tarts still chilled and remarkably untouched by their journey and a moreish chocolate and pistachio tart.

With no Tupperware to take home and the admiration of our Green Park neighbours giving us a glow, it was time to return home happy we’d make the right choice in entrusting that most English pastime to a legendary Frenchman.