The Luxuriate guide to: Buying an e-type Jaguar with E-Type UK

Founded in 2008, E-Type UK is a world leading authority for sales, restoration, maintenance and upgrades for the iconic Jaguar E-Type, earning a stellar reputation for their attention to detail and precision. Whether you are driving cross country or enjoying a well earned staycation, the E-Type is a car to enjoy.

Under the stewardship of father and son duo Dominic and Marcus Holland, E-Type UK has single-model expertise – all of E-Type UK’s work is performed on the E-Type alone, allowing it to be innovative and push the boundaries. Marcus said, “If you’re looking to buy an E-type, you really can’t go too far wrong, but a lot changed in its 14-year production run and it can be hard to wrap your head around exactly which cars to chase, and which to avoid.” Here, they tell us all about the best tips for buying an E-Type. 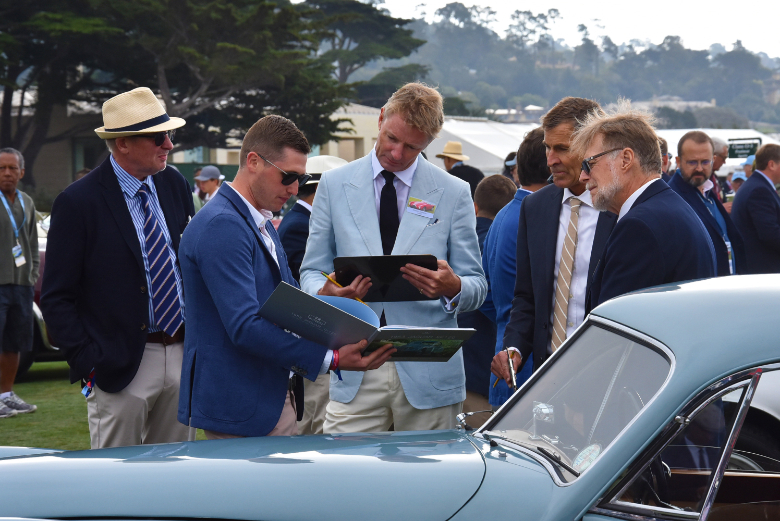 Desirability can be a tricky one to answer, because everyone will be looking for different things. Yes, the early Series 1s are beautiful both in aesthetics but also to drive with a revolutionary rear suspension set up but they are small cabined and early cars come without synchromesh in 1st gear and little braking assistance. Later Series 3s are fantastic cruisers, blisteringly quick and very comfortable but are completely different to the early cars to drive.

If you decide desirability by values, then the top of the tree are the 12 original lightweights which change hands for seven figure sums. Outside of the lightweights, the next rarest and as such command a premium are external bonnet latch Series 1. Increasingly  Series 1 3.8s and 4.2s are coming closer and closer in values. Coupés are generally considered more beautiful than Roadsters – and offer a little more in the way of practicality – but increasingly we are finding it coming down to personal preference. E-Type UK currently have an early Series 1 3.8 Coupé in stock for £185,000.

Left-hand-drive versions always offer good value for money and frankly, there’s nothing wrong with buying a RHD that was once a left. The E-type was overwhelmingly built in left-hand-drive but the bulkhead was built to be universal and unlike modern cars can be professionally converted. 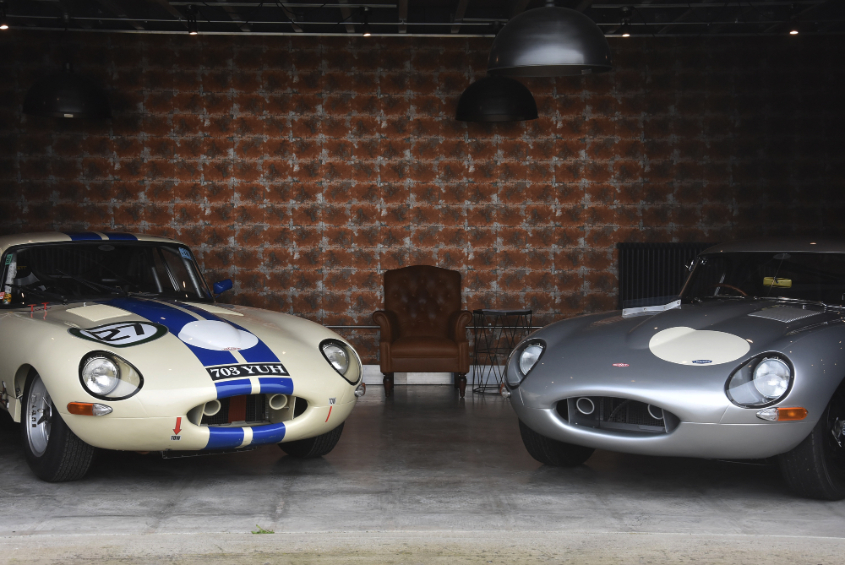 The reason for the appeal of the E-type is unquestionably its iconic shape, those sleek and aerodynamic lines were admired not just by customers but by manufacturers as well. Although those lines can hide a multitude of sins.

The E-type is a monocoque construction, unlike a chassis and panel car where if rust develops on the panels this can relatively easily dealt with. In a monocoque constructed car rust is a killer and structurally integral, so a safety concern. Rust can appear anywhere but often the wheel boxes, rear suspension mounting point and sills are tell-tale signs of a growing issue. Rot is not unique to the E-Type and is something to check for when purchasing any classic car – don’t let it put you off purchasing such an iconic vehicle. 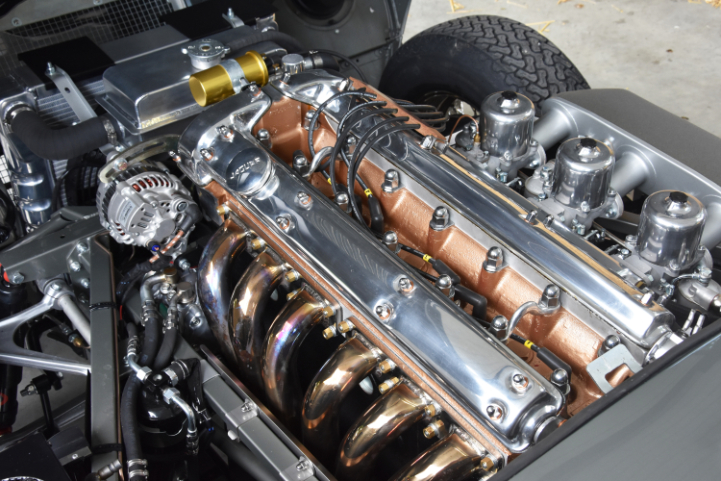 The story goes that the XK120, which pre-dated the E-type by over 10 years, was initially designed to solely to hold the newly designed XK engine such was the importance of this engine to Jaguar. An engine which powered new car production in one form or another until 1992. The XK engine is truly a fantastic engine and regarded as being ‘bullet proof’.

Although the E-type’s 3.8 and 4.2-litre straight six engines are tough if serviced correctly, these engines like any can suffer. Try and inspect the sides of the block for any recent coolant stains and signs of any sticky gloop lurking underneath the oil filler cap, which could indicate coolant has mixed with the engine oil a clear sign of a head gasket failure. The V12s are a similar story; if they’re well maintained they’re trouble-free, but with both engines just listen out for rattles or knocking, or a lot of smoke while running.

Any light rattling from the front of the engine could indicate worn timing chains and tensioners. Engine repairs can quickly get expensive so make sure to give it a thorough check over and test drive before you put down any cash – if necessary, have it checked over by a specialist. 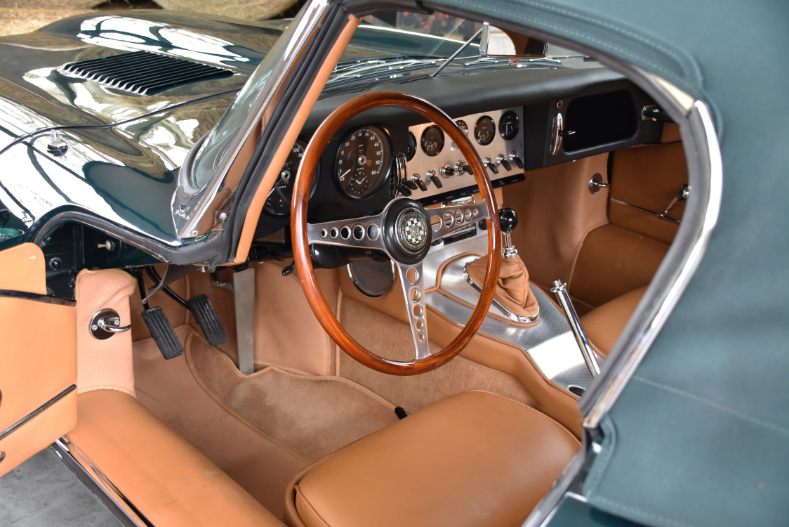 Early E-types are fitted with a four-speed ‘Moss gearbox’ with no synchro on first gear. These ‘boxes are very different to a modern gearbox, and will require a harder touch than normal. You also have to ‘double de-clutch’ down to first gear. A true gearbox of the period and while often being described as ‘agricultural’, when driven correctly are an absolutely pleasure.

Regardless of which gearbox you go for, watch out for the lever jumping out of gear, especially on the overrun, whining gears and rumbling bearings. The good news is that all E-type manual gearboxes are as tough as old boots and a noisy ‘box’ is not uncommon and will continue to perform for years before an overhaul becomes necessary – one of the plus points of buying an early E-type.

Auto boxes should be checked for any erratic or clunky changes and when inspecting the fluid, it should be bright red, not dark brown. A regular issue on the automatic gearbox is a failure of the kickdown, so make sure you get out for a test drive and do not be afraid to put your foot down.

Don’t be afraid of an E-type with a 5-speed gearbox, it is not uncommon for this upgrade to be fitted and in E-Type UK’s experience does not detract from its value. Make sure the car retains its original gearbox with the car. The 5th gear will make a significant difference as road usage has changed and when you hit the motorway the lower rev range held in 5th gear will not stress the engine. 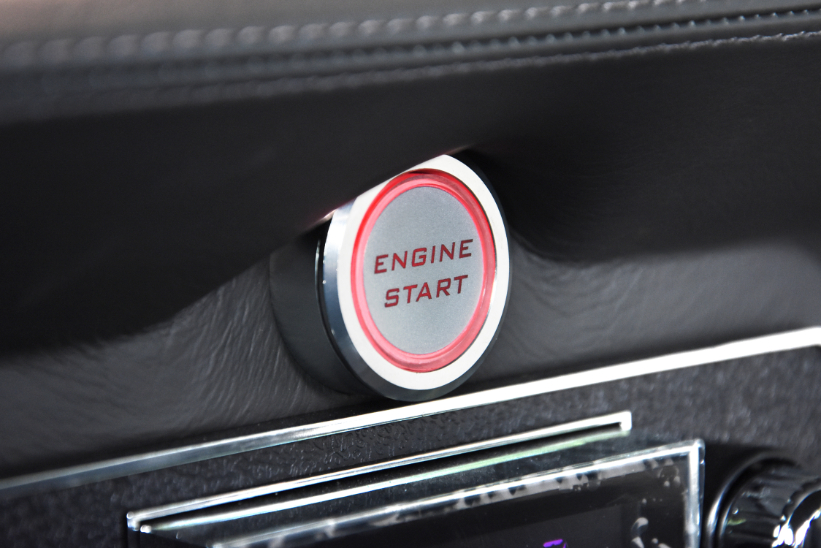 The suspension of an E-type was as much of a mechanical achievement as the exterior was an aesthetic achievement. Developed originally on a Jaguar Mk 2, the Jaguar E-type was the first production car to be fitted with Independent Rear Suspension (IRS) in 1961, a system still used on cars produced today. What this means is that the ride and handling of an E-type really is second to none of the era and revolutionised car mechanics.

This said a thorough test drive will quickly highlight issues with worn rear suspension arms will make themselves heard when the car travels over rough ground and clunks and whines will indicate wear in the rear drive shafts and differential. Check the dampers for leaks, too, and snapped coil springs. You may be able to feel what’s wrong on the road, but a specialist will be able to get underneath the car and tell you a lot more about the condition of the suspension.

Jaguar was the first manufacturer to develop disc brakes with Dunlop and first fitted discs brakes to the iconic the highly competitive Le Mans winning C-Type and D-Types, which both predate the E-Type. The E-type benefitted from this development and has all round disc brakes. These should all be checked, including the pads, for wear, also watch for callipers and lines that might be leaking fluid. Rear brakes are inboard and the discs are located next to the differential, which makes maintenance very difficult. 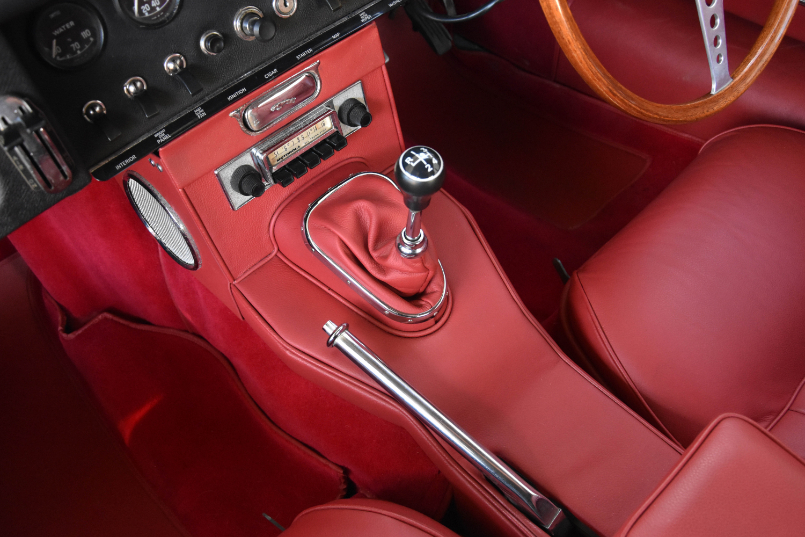 A full interior re-trim for either a roadster or coupé can get expensive but any expense refitting the cockpit, even if it does make you think twice, can easily recouped when it comes time to sell the car. While inspecting the condition of the interior, don’t forget to check all the switchgear works correctly. 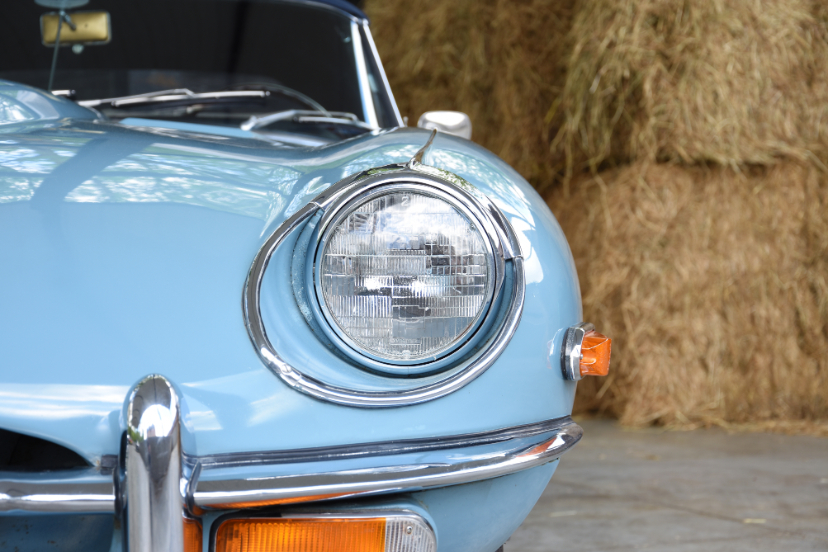 Series 2 cars are a little more affordable, with the best stretching to well over £100,000. A reasonable Roadster will be around £80,000, and a Coupé can be picked up for a little less than that. The 2+2 cars are not as desirable, and do not command the same valuable, fetching around £50,000 for good examples.

The alternative to buying a pristine Series 1 or Series 2 car for big money is to buy a rusty non-runner and have it restored. E-Type UK can help source you a car, and complete the restoration for you from the ground-up. E-Type UK have done this for cars found in bushes after 30 years, or stored in garage and unmoved for just as long.

For Series 3 cars, E-Type UK have currently got a pristine and original example for sale at £95,000 but there are examples out there that will need work for around £50,000. E-Type UK’s advice is always to buy the best you can afford; you’ll only have to spend money on it later.

Watch out when buying from auction, set yourself a budget and stick to it and remember that if you haven’t driven the car you might need to spend some money to get it to the level you would want. 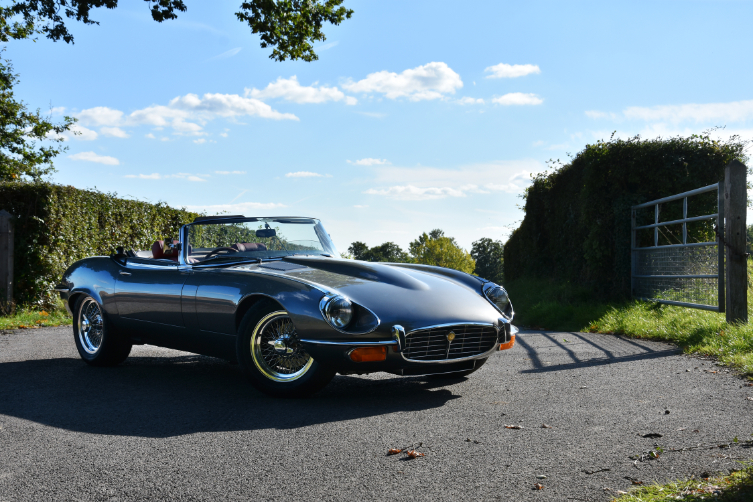 If you’re not quite taken with the appeal of a perfectly restored roadgoing production E-type, then you do have other options. A very few ‘Lightweight’ E-types were built for the track, and if you’ve got millions of pounds burning a hole in your pocket than you could quite easily pick one of these up. They feature lightweight aluminium bodies, revised chassis and suspension set-ups and the prestige of being only one-of-12 original examples built. Jaguar did, of course, later commission another six modern recreations over the past few years.

Alternatively, you could look at a restomod E-type. These are typically upgraded cars that look almost original – E-Type UK produce their own called the Special Edition, which features a fuel-injected V12 bored out to 6.1 litres, sports steering, 4 pot caliper brakes and more. For usability, E-Type UK fitted LED headlights, surround sound, Bluetooth, heated seats, electric wing mirrors and even an engine start button. It means you can have a car that looks great, but runs perfectly day-in, day-out.

All imagery courtesy of E-Type UK