Mizunara by Courvoisier: A moment with Chief Blender Thibaut Hontanx

Maison Courvoisier have created Courvoisier® Mizunara, that brings together two cultures and traditions united by the artistry of blending. Made using Grand Champagne, Courvoisier Mizunara begins its journey aging in French oak barrels and is then transferred to one of House of Suntory’s award-winning Mizunara casks made of superior Japanese Mizunara wood for a second maturation resulting in an exceptionally harmonious and aromatic cognac.

We spoke to Chief Blender Thibaut Hontanx to find out all about Mizunara. 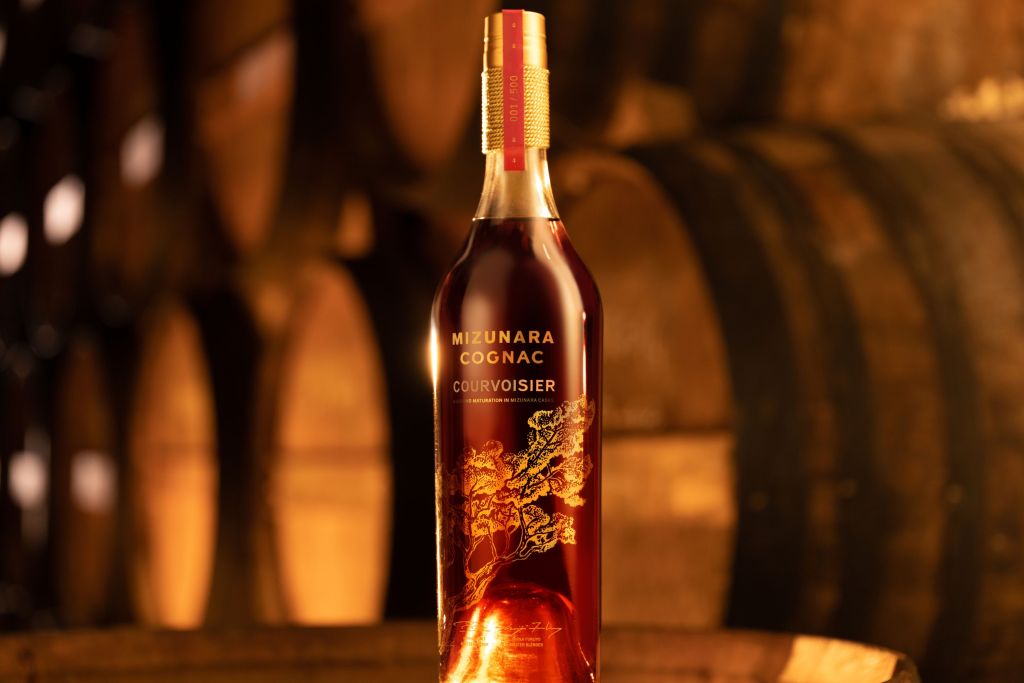 Tell us about the new Mizunara expression and what makes this liquid special?

Courvoisier Mizunara is a truly revelatory Cognac, aged in French Oak and Japanese Mizunara oak casks, complementary to Courvoisier’s signature floral House Style. The liquid is a fusion of culture, craft and people, and is the first time a Courvoisier Cognac has been aged in a Mizunara cask. In fact, Cognac altogether is rarely aged in this type of cask due to the complexity of blending and the impact of Mizunara oak on the taste profile.

Patrice Pinet, the former Chief Blender for Courvoisier, was lucky to have had the unique opportunity to utilise one of Suntory’s award winning Mizunara casks for this release, and, most importantly, collaborate with Fifth Generation Chief Blender of the House of Suntory, Shinji Fukuyo. Mizunara boasts a panel of exquisite aromas – think exotic fruits and flowers from the east. 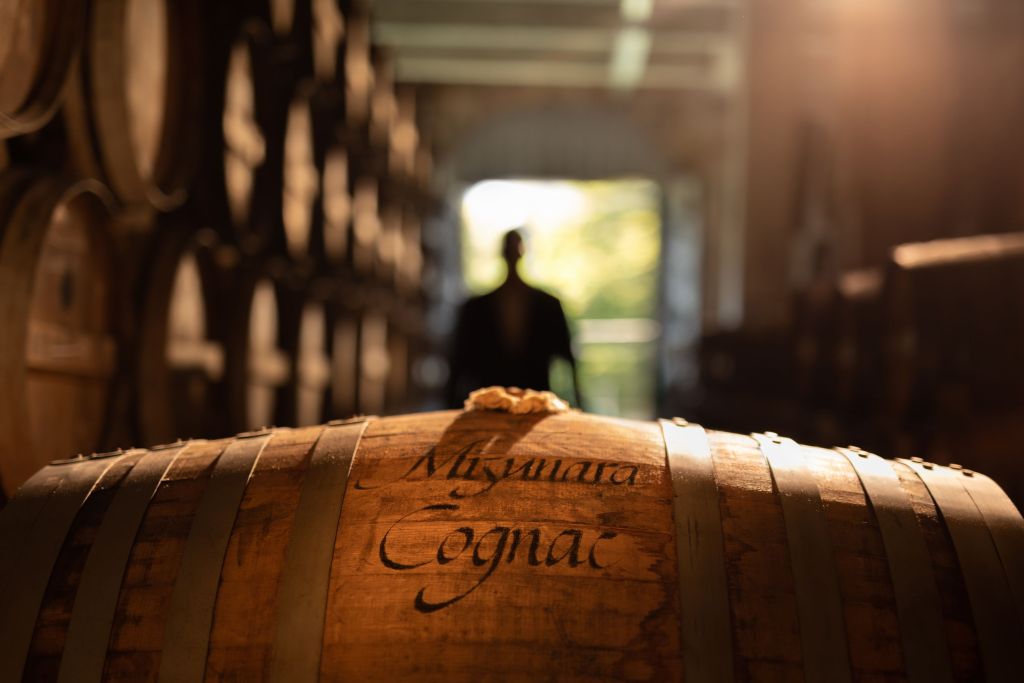 How many bottles of the rare cognac have been produced worldwide?

We produced just 500 bottles of Mizunara, all of which came from one single, very valuable cask. There are only 35 bottles available in the UK, making it an extremely rare liquid.

How would you define the Courvoisier House Style?

Maison Courvoisier’s House Style is one of Cognac in Blossom, defined by the floral and revelatory nature of our Cognacs. One of the main pillars of our House Style is the wood selection, it is an incredibly important element of our style of making. Courvoisier Mizunara is an example of our continued experimentation.

What about the new Courvoisier labelling/design and the story behind this?

The new look for Courvoisier, launched earlier this year, the new look rediscovers distinctive codes from centuries past that made Courvoisier iconic during the Belle Époque era, the opening of the Eiffel Tower and gracing the royal courts of Europe during the 20th century. Our aim was to reinvigorate the Cognac category by unveiling a new brand world that embodies the French belief of “joie de vivre.”

Is this your dream job?

It is beyond my dream job – it’s a dream that, in fact, became a reality. I feel so lucky to be able to do what I love every day, plus have the chance to work on ground-breaking and innovative spirits like the Courvoisier Mizunara. 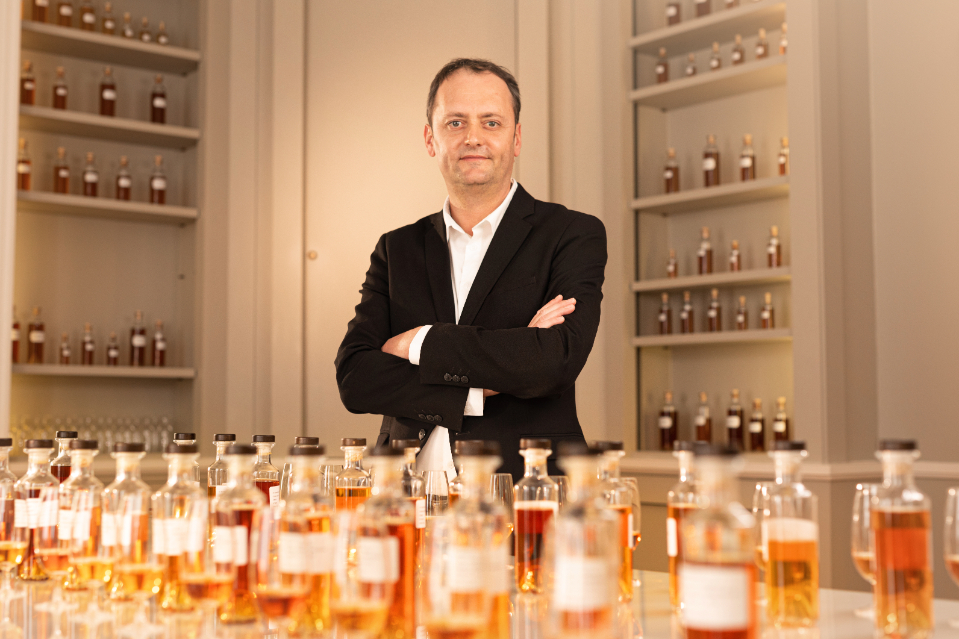 What do you do at home to train your nose, palate and senses to be the best they can be?

It is a daily training process for me, and I’m always learning and improving. The most important thing is to really hone in on your senses when training your nose and palate, but even more so your memory and your brain. I also learn a lot when I am eating food at home, I try to keep myself focused on the different aromas and tastes as I eat and drink. As an oenologist, I am also passionate about wine.

Why should people invest in Cognac instead of art?

Why not do both? Whatever brings you pleasure; for me, nothing is better than joy of an exquisite Cognac. I actually find the complexity of the taste profile is a work of art in itself. 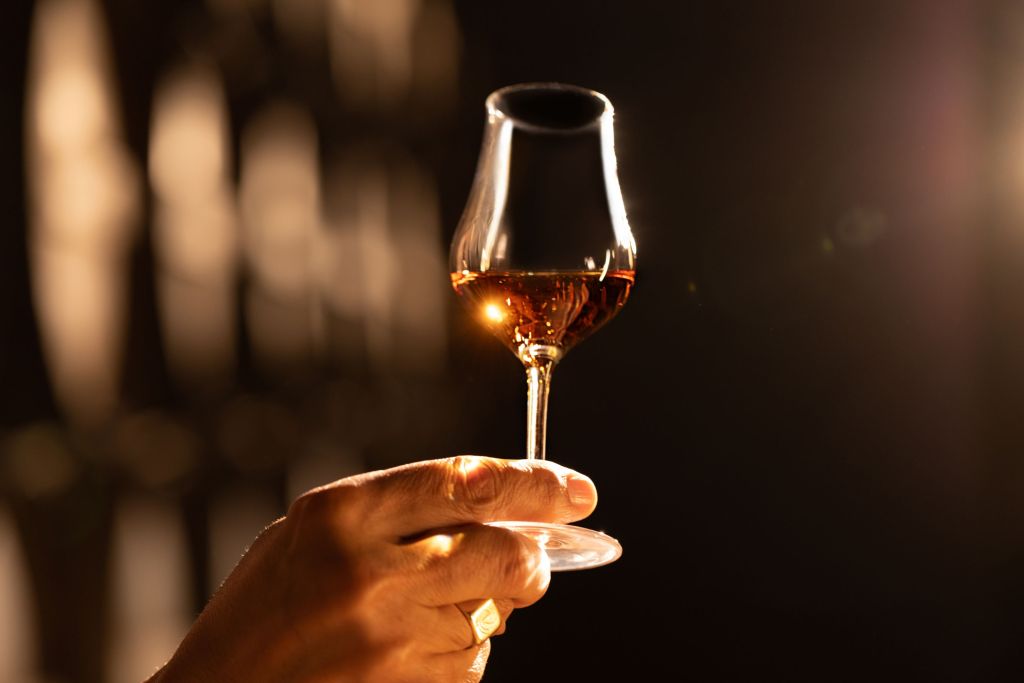 The creation of Mizunara has been a special process. Can you tell us what it actually tastes like?

The process has been a real collaboration of craftsmanship between Patrice Pinet of Maison Courvoisier and Shinji Fukuyo, the Chief Blender for The House of Suntory. The flavour profiles are a harmonious marriage of East meets West. We can taste the knowledge of Patrice on the selection of the Eaux-de-vie, and the art of aging in Mizunara Cask from Shinji.

With Mizunara, you can expect deep and mellow with notes of fruit cake, vanilla, roasted cocoa and mild spicy aromas. Courvoisier Mizunara delivers a rich intensity and smooth long-lasting finish with soft tannins and a delicate sweetness.

What is your favourite food to have with Mizunara ?

Naturally, Japanese food is the perfect accompaniment to this expression. Mizunara also pairs brilliantly with desserts. We recently partnered with The Connaught Hotel in Mayfair to create an unforgettable afternoon tea experience, known as ‘Le Goûter’ in France. We paired the expression with quintessentially French desserts designed with traditional Japanese flavours, all of which were created specially by Head Pâtissier, Nicolas Rouzaud. The fruit and vanilla notes in Mizunara were accentuated by the sweet flavours coming through in the pastries and desserts, including matcha and black cherry. 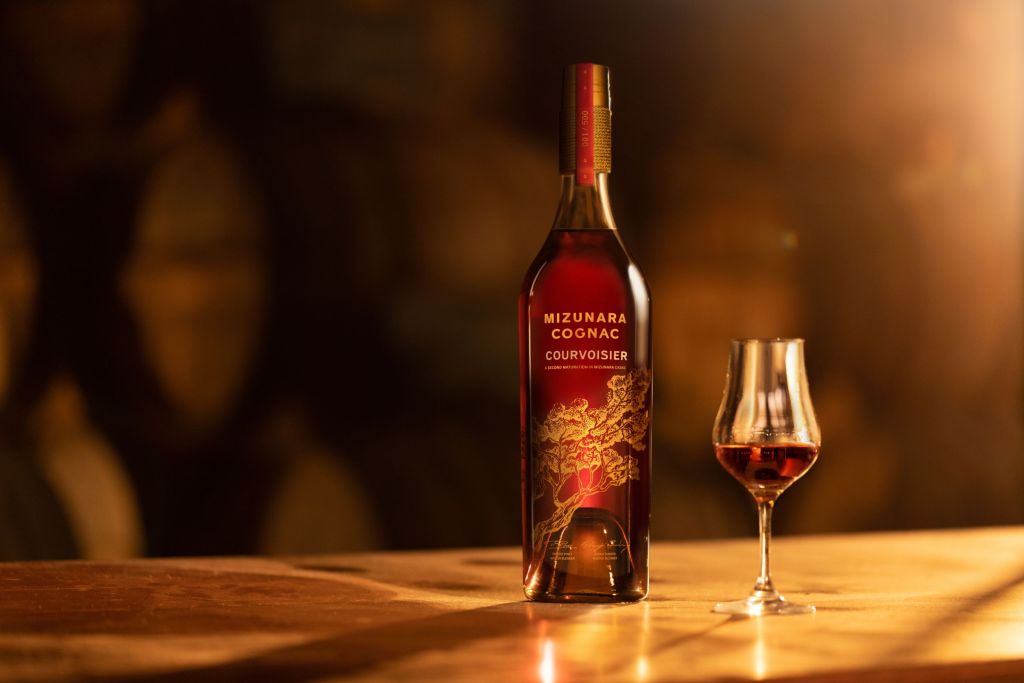 Tasting Mizunara is an experience in itself. What are your top 3 tips for tasting Cognac at home?

Mizunara starts with Cognac Grande Champagne grapes. Tell us about the sustainable policies you are undertaking during the grape harvesting process?

Sustainability within our cognac production is something we are truly committed to. We are consistently carrying out trials in our vineyard, the Domaine Guilloteau, and our distillery, to find more eco-friendly ways to produce our cognac.

What is next for you and Courvoisier?

Maison Courvoisier has some really exciting upcoming plans following our recent new look which will work to further re-position us amongst a new audience, including innovation in new liquids and partnerships. More will be shared in due course, but in the meantime, I’m looking forward to continuing to inspire and delight people with our classic House Style.

All imagery courtesy of Courvoisier.