Inside YOPO at The Mandrake: A moment with Head Chef George Scott-Toft

George Scott-Toft has created menus at YOPO inspired by South American cuisine and his travels through Argentina, Chile and Peru. We caught up with George to talk about all things YOPO at The Mandrake.

Originally from New Zealand, I moved to Australia in 2003 where I trained at Peter Doyle’s est. and at Marque, with Mark Best. In 2008 I moved to London and worked at Pierre Gagnaire’s Sketch Lecture Room & Library under chef Jean Denis le Bras, and with Antonin Bonnet at The Greenhouse.

After a few years back in Sydney and Melbourne, I moved to Hong Kong, where I worked alongside Christophe Pelé (La Clarence, Paris – Two Michelin stars), where we gained a Michelin star at the restaurant Serge et le Phoque. I joined the Mandrake in 2017, before taking over the creative direction of the kitchen at the end of 2018.

Tell us all about the culinary concept at YOPO.

YOPO offers Modern European dishes with a South American twist. The concept came about following a discussion between the owner and myself, after visiting South America in early 2019. Travelling through Argentina, Chile and Peru, I found that these destinations had their own influences that you may not expect. For example, there is a lot of Asian influence in Peru, and Italian influences in Argentina. There’s also a big Japanese population in Lima.

What about the interiors?

The interiors have been updated quite recently; the ceiling mural has had some amazing additions by artist and friend of The Mandrake, Peter-John de Villiers. YOPO has a unique, dark and moody yet fun atmosphere. 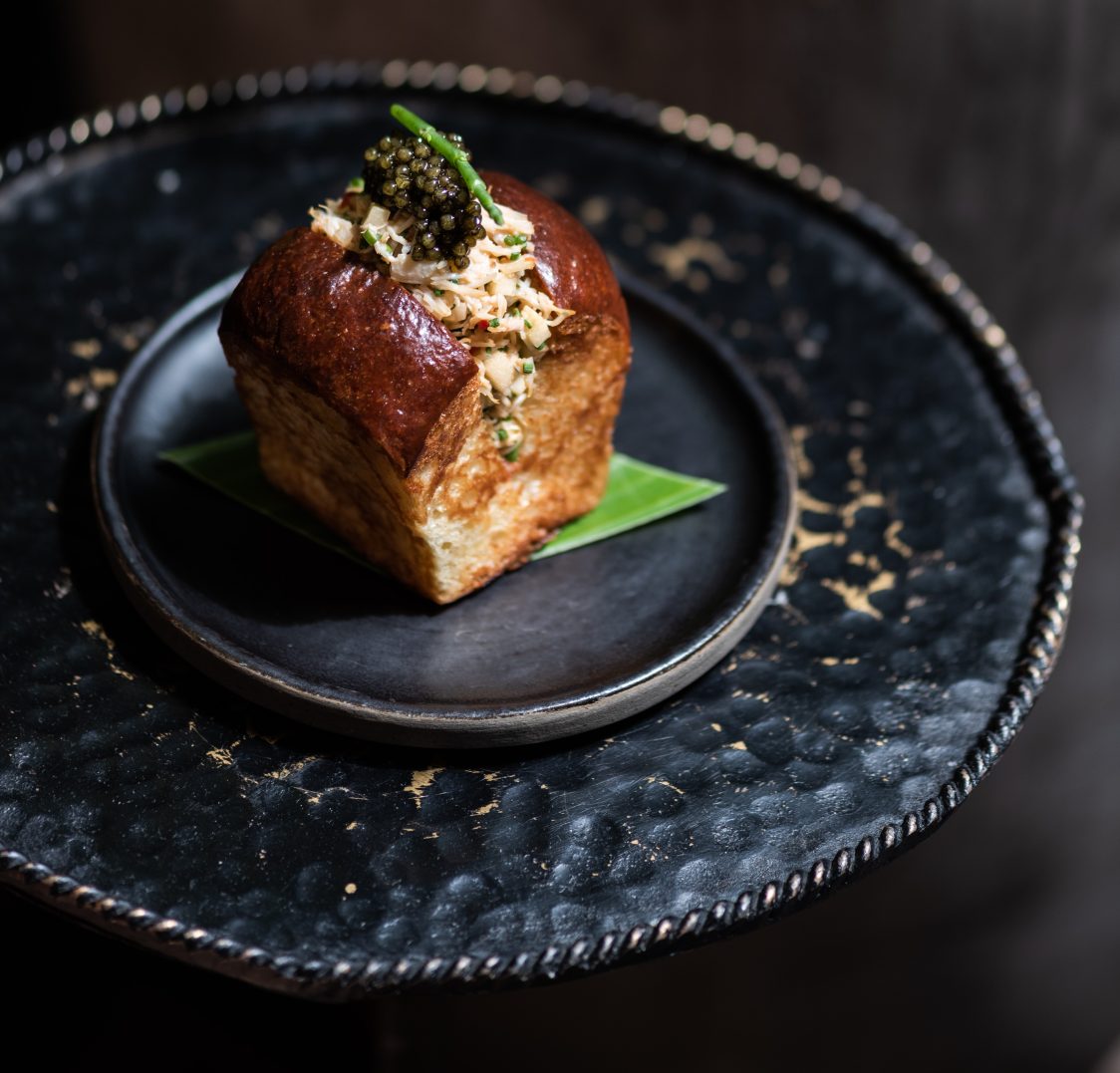 What new flavour combinations or ingredients have recently caught your attention?

We are currently serving an Ancho chilli ice cream. It’s slightly spicy, with a little cinnamon and dried chipotle. We tried it with shaved black winter truffle too, which is  very interesting.

Any future signature dishes you are working on currently that you can tell us about?

We recently did a tostada for New Years Eve with Sturia Osciètre caviar, pumpkin seed mole  & grilled broccoli, which is delicious.

How important is sustainability at YOPO and the food you create?
Sustainability is extremely important to us and is something I have taken very seriously since I joined The Mandrake. We work with some of the best and most ethical and responsible      suppliers in the UK for fruit, vegetables, and even cheese, which is crucial for getting the best produce. A big selling point for YOPO that I think needs to be spoken more about is the quality of the produce we use.

At home I tend to cook mostly simple and healthy dishes. We’re always cooking for my son, so it must be delicious and fun! We are very lucky that he eats almost anything without much fuss. He loves all types of pasta now, so a simple ragu always goes down well.

Top 3 favourite restaurants in the UK?

I wish I had the opportunity to dine out more often, but I really like Bright, Ikoyi and I would also like to try Alex Dilling at Hotel Café Royal.

If you could award a Michelin star right now to a UK Chef, who would it be to and why?

Chef Kirk Haworth who I worked with in Sydney. He runs a restaurant called Plates, which is completely plant based and very inspiring.

What is next for YOPO?
We’ve just launched the Jurema Winter Terrace for the winter season, a covered alfresco space on the first floor with lights and faux-fur blankets.

All imagery courtesy of The Mandrake.