From Moscow to Monument: Dinner at Piazza Italiana London

I somewhat unenthusiastically set off for Piazza Italiana, a new Italian restaurant in the City suggested by a friend, hailing as it does from Moscow. When thinking of culinary gifts that Russia has given the world, one might be hard pressed to list anything beyond caviar and perhaps Beef Stroganoff. Originally launched in the Russian capital and with a second site in Riga, Piazza Italiana’s success has now seen it open in The City of London, close to Monument station. 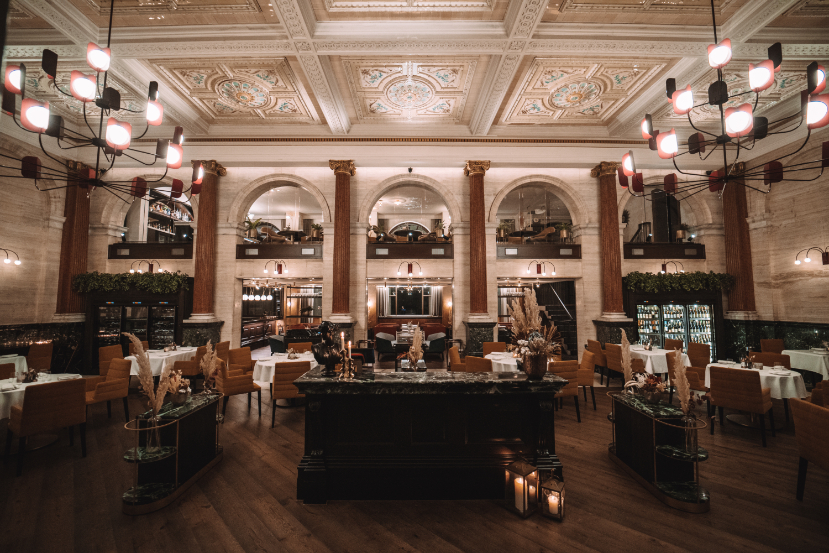 Happily however, my restaurant snobbery was soon put firmly in it place, not least by the spectacular room itself. Housed in an impressive grade II listed building – the former home of the British Linen Bank on Threadneedle Street, Piazza Italiana is all soaring corniced ceilings, contemporary chandeliers and acres of marble and hardwood flooring. A lovely mix of the old and the new. Threadneedle Street itself is famous as the site of the Bank of England which holds over 5000 tonnes of gold bars in eight vaults over two floors beneath the street. Relatively keenly priced for the area, the restaurant’s menu should not necessitate any raid of those vaults, unless reaching very high in the upper atmospheres of its lengthy wine list, so we were happy to go for the traditional four Italian courses and settled in for a dinner in grand surrounds.

While the restaurant’s location and interiors might have been inspired by the imposing and glamorous reputation of its original site in Moscow, the menu is entirely traditional, no awkward fusion or unnecessary fish eggs here. Created by Sicilian-born chef Remo Mazzucato, the menu will be familiar to anyone with a love of Italian food and although drawn from all over the country rather than concentrating on just one region, the dishes are focused on authenticity and seasonal ingredients. 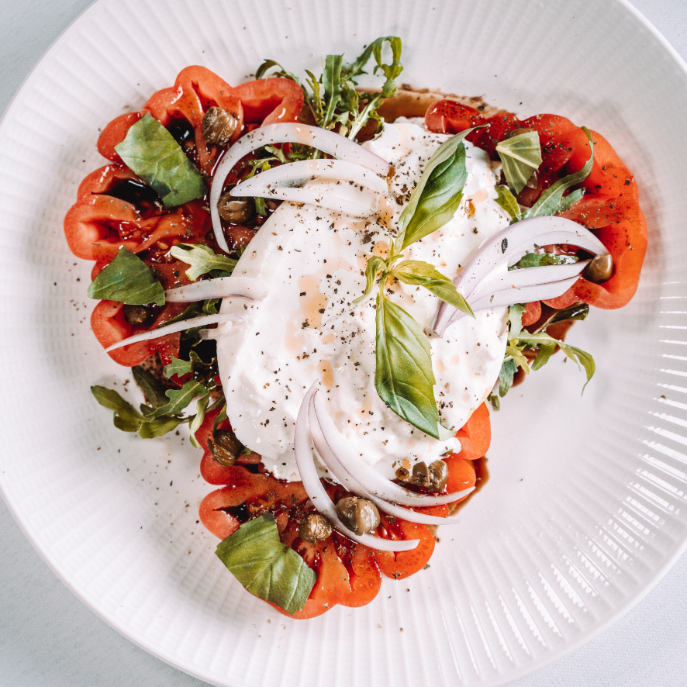 With a refreshing glass of Prosecco offered just seconds after we were seated it seemed the investment was not only limited to the architecture – smiling, efficient and knowledgeable staff were in evidence from the outset.  Rarely able to resist anything deep-fried, especially when paired with a mayonnaise I opted for the classic Fritto Misto, elevated at Piazza Italiana with a prosecco batter. A generous portion arrived, with squeakily fresh prawns and calamari and beautifully rich tartare sauce, swiftly dredged through and more requested. Equally enamoured with that unique emulsion of eggs and oil, my friend’s Vitello Tonnato was well executed, the tuna mayonnaise cut through by piquant capers across meltingly soft veal. 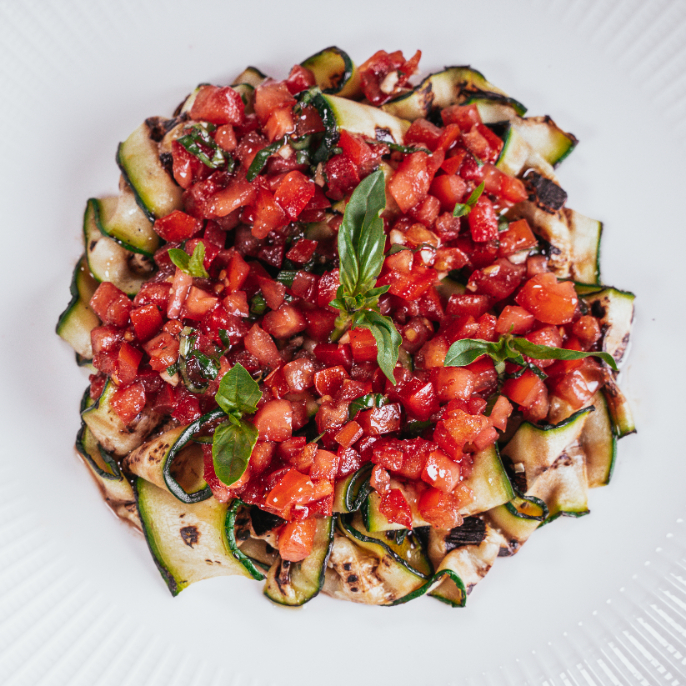 Mindful of the calorie counts of our starters and the fact we had opted for a pasta course as well, we decided to share just one of these, but an especially indulgent one at that. There is only one thing that can improve a creamy Pecorino Taglioni and that is for it to be served tableside, directly from a wheel of the cheese, so of course this was the option we requested, with some shavings of black truffle to finish for good measure.  More than a showy gimmick, this piece of restaurant theatre truly elevates the dish, ensuring the maximum Pecorino flavouring and perfect creaminess of the pasta, a triumph. 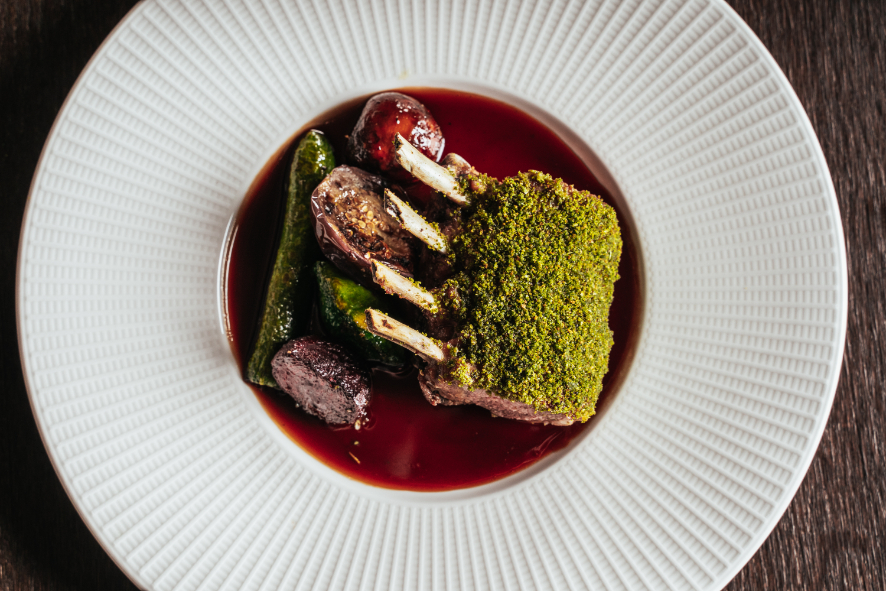 Keeping our ordering to the classic theme our mains were an Ossobuco and veal liver. Simple to the point of austerity, a Fegato di Vitello’s success rests on the quality of the ingredients, and this liver was meltingly tender with a subtle flavour, well accented by its onion accompaniment. Unlike the liver’s brief touch of a hot pan, the Ossobuco’s shank had clearly been cooked for a lovingly long time, its sofrito sauce fragrant and the marrow pleasingly reduced and flavourful. With the prosecco long-since dispatched, and mindful of a wine list that would please an oligarch, we stuck to the simple house red, robust enough to compete with our meaty main courses. 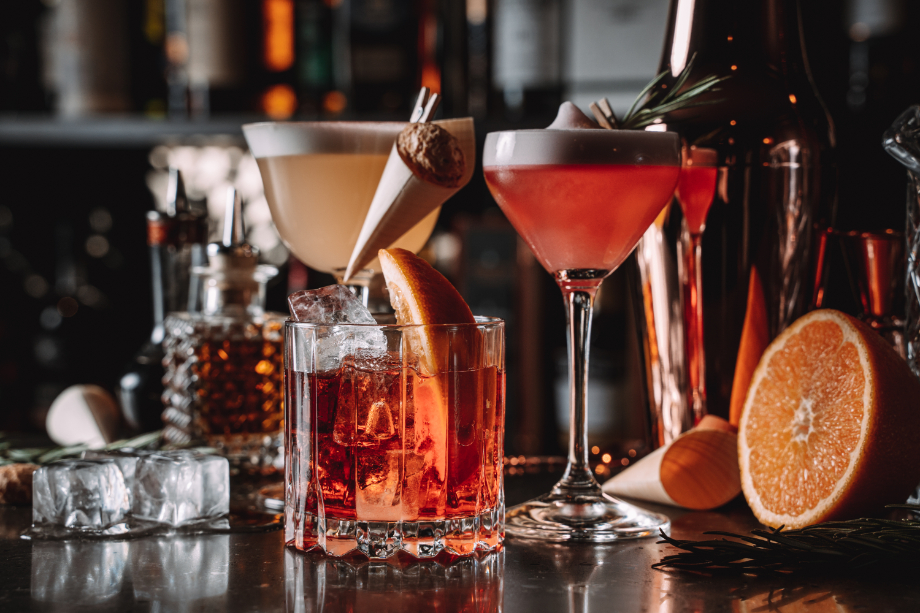 Having demolished the delicious bread selection at the start of our dinner, three courses and some ridiculously moreish polenta fries, our appetites were ready to admit defeat.  Upon asking for the bill however our charmingly insistent waiter told us we simply could not leave the restaurant without having tried their famous Tiramisu so we acquiesced, certainly not the greatest of sacrifices. The heady concoction of Marsala-spiked sponge, coffee and cream was as glorious as it always is (like pizza, even a bad example is delicious, and this was a good one) and the alcohol and caffeine offered just the boost needed to brave the cold winter’s air and revelling City boys outside. With my preconceptions dashed, perhaps its time to plan a visit to sample Moscow’s restaurant scene, although with caviar on everything please!

All imagery courtesy of Piazza Italiana.