As Redbreast Irish Whiskey teams up with actor Chris O’Dowd, Luxuriate Life Magazine steps into the woodlands of Ireland to learn more about the plight of our common birds.

Deep in the Irish countryside, if you listen carefully, you can often hear the ticking of a robin, or the ‘plink plink’ of a chaffinch.  But with one in eight bird species in danger of extinction, sadly these sounds are not as common as they once were, which as Niall Hatch of Bird Watch Ireland tells us, is a serious concern:

“Birds are the most visible form of wildlife that we have, and birds are also at the top of their food chains.  So when you see changes in their populations for good or bad, it tells us a huge amount about what’s happening elsewhere to mammals, insects, and bacteria and fungi in the soil.”

It’s with this decline in mind, that Redbreast Irish Whiskey has announced the second year of its partnership with actor Chris O’Dowd to raise awareness and donations for their charity partner BirdLife International. 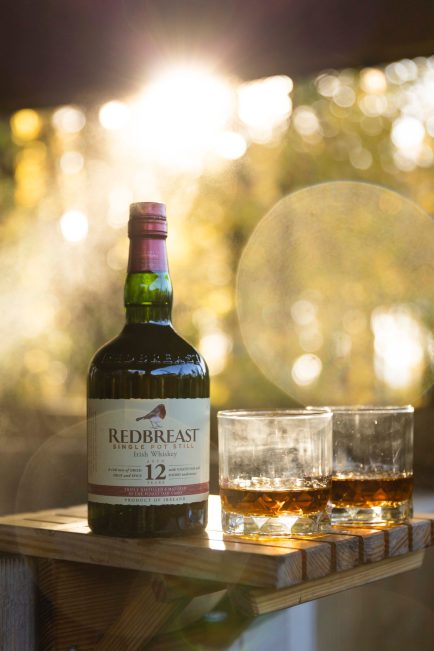 The Return of Robin Redbreast Day

This year marks the triumphant return of the brand’s Robin Redbreast Day, a date in the calendar that the award-winning Irish pot still whiskey has chosen to debut a new video campaign featuring O’Dowd and their mascot, Robin. For every share and like the video receives, owners Irish Distillers will donate €0.25 to fund BirdLife International’s vital work in species and habitat protection, advocacy and conservation.

To launch the campaign, Luxuriate Life Magazine was invited to the beautiful woodlands of County Cavan in north western Ireland where we accompanied O’Dowd and friends on a birdwatching tour through the native trees of the Killykeen Forest, which supports the insects and fruits that our domestic birds have evolved to depend on, and that BirdLife International and its partners hopes to preserve. 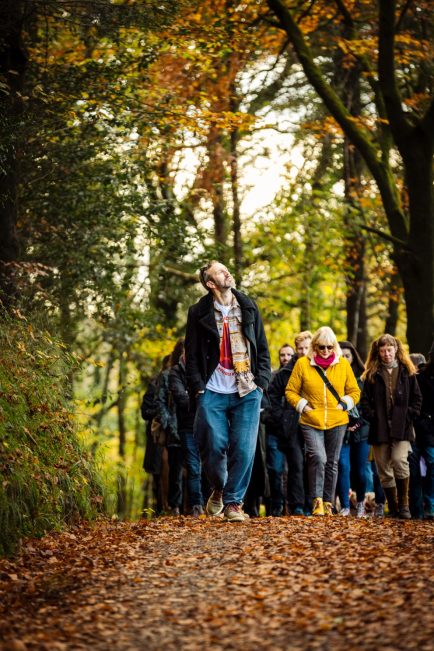 Amongst the calm of a sunny late-November day it was a delight to spot a few of the inhabitants of the forests and learn more from O’Dowd about how he rediscovered his love of the outdoors during lockdown and his hope that we can help to save the common birds of his homeland.

Speaking about his return to the campaign, O’Dowd said, “It has been a pleasure to team up with Redbreast Irish Whiskey and Robin to speak up for the birds and celebrate Robin Redbreast Day.  I feel this year we’ve raised the bar, or more so the branch, in how we draw more people into the cause.  I’m proud of how it all turned out, but even more proud that I did all my own stunt work; I wish I could say the same for Robin.”

As the sun set over the lakes of Cavan, a Redbreast Flying Old Fashioned in hand, we learnt more about how Robin Redbreast Day has become an important annual day for BirdLife International and its drive to get people talking about and supporting the British Isles’ native inhabitants, enjoyed a screening of Chris and Robin’s new video and tried out the new red copper bird feeder being gifted with limited edition bottles of Redbreast 12 year old sold via the Redbreast website. 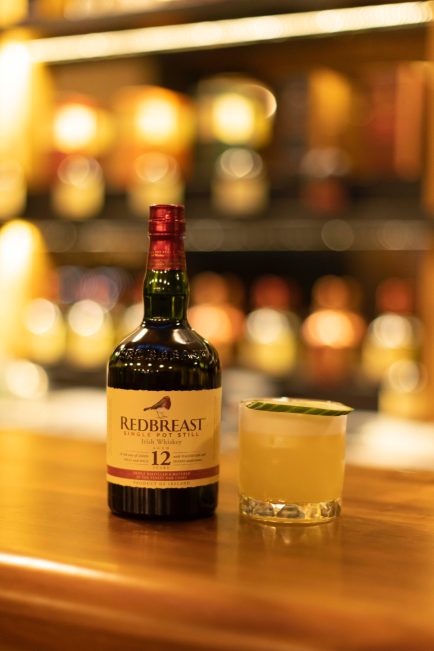 To let the message sink in, Redbreast worked with celebrated Irish chef Rich Corrigan to pair three of its exceptional whiskies with food from his nearby Virginia Park Lodge. With combinations including wild lake trout and gooseberries alongside the Redbreast 12-year-old, which added notes of dried peel and fresh citrus; farm-raised pork and Hereford prime beef with the Redbreast 21-year-old (featuring some delightful aged leather notes); and finishing with a steamed Medjool date pudding, Pedro Ximénez Sherry ice cream and the exceptionally nutty Redbreast 27. 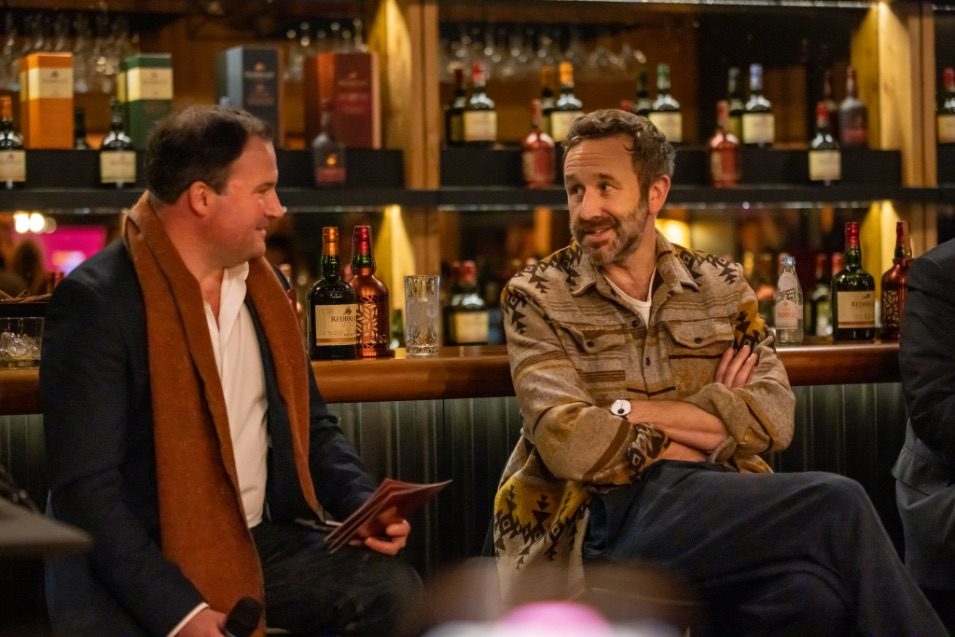 Of course, the robin will be everywhere in Christmas imagery over the coming months, but spare a thought for the last time you saw its iconic redbreast in the wild, or heard its distinctive call.  It is the fear of losing those sights and sounds for future generations that drives this campaign, and the world would surely be a poorer place without them.

You can support the Robin Redbreast Day campaign by watching Chris O’Dowd and Robin in their latest video here, purchase the limited edition Redbreast 12-year-old bird feeder bottle here, and learn more about Robin Redbreast Day and the partnership between Redbreast Irish Whiskey and BirdLife International at redbreastwhiskey.com or birdlife.org.

All imagery courtesy of Redbreast.