Inside Roy’s Restaurant: A moment with Dan Jones

Roy’s Restaurant is a family owned restaurant and bar in North London where you will find proper seasonal Italian food. Dan Jones has taken over as Head Chef to take Roy’s Restaurant into the next chapter.

We chatted to Dan to find out more about Roy’s Restaurant. 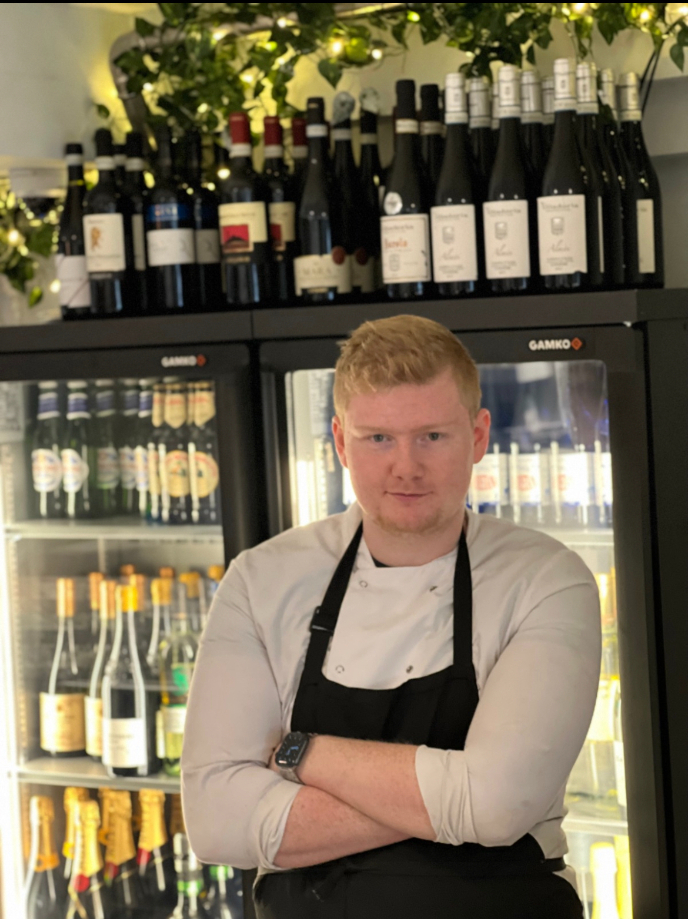 In 2019, after finishing school and deciding what I wanted to do with my life, an opportunity came up with my family to open a restaurant. The idea was simple – to honour my grandparents (Roy and Kath) who loved the food industry and to make high quality food using the best possible ingredients. From then on, I trained at Leiths School of Food and Wine.

Right before the pandemic Roy’s Restaurant opened, so I was working evenings at the restaurant and then commuting a few hours each day into Leiths and doing a 9-5 school day. After multiple lockdowns, things started to go back to normality and we hired one of my classmates from Leiths. Now our team is stronger than ever, and Roy’s Restaurant is operating 6 days a week. 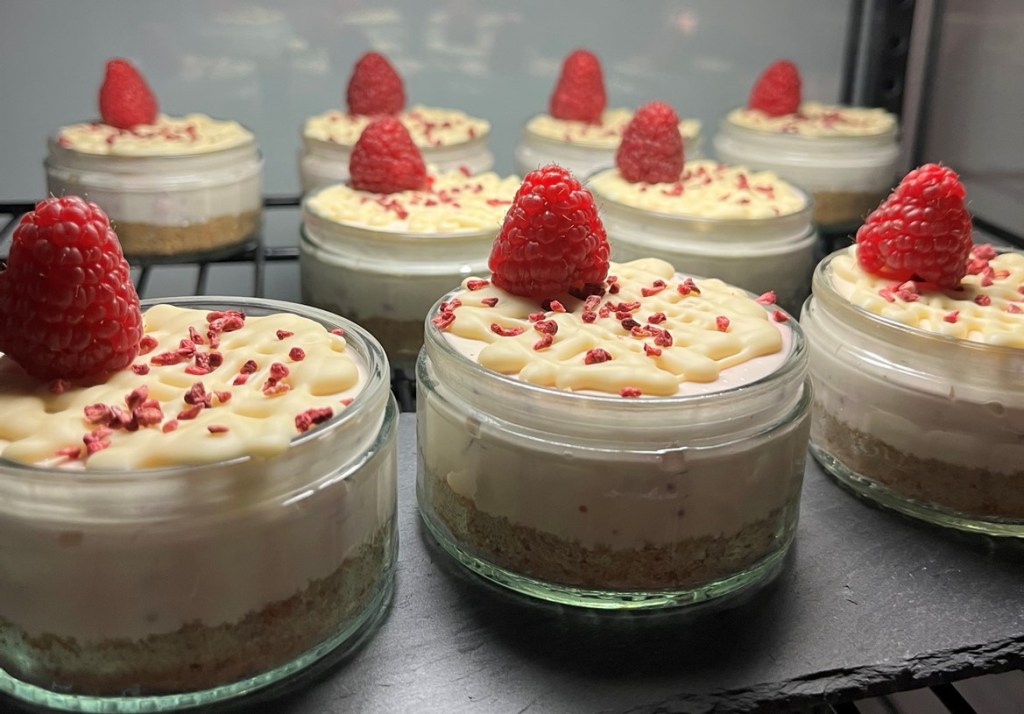 The chocolate and raspberry cheesecake at Roy’s Restaurant

Tell us about your menu at Roy’s

Our menu has some Italian heritage, yet is designed to be simple but done well. There are a few dishes named after my grandparents, Roy’s minestrone and Tagliatelle Kathy which is a cream based sauce, with mushrooms and ham which she used to love. The menu is developing with more and more seafood and the specials are always changed frequently. Our desserts are made daily, from a simple lemon meringue pie, filled tiramisu choux buns, and more recently an amazing white chocolate and raspberry cheesecake that tastes incredible!

I think the main reason Roy’s is different is because we are family run. The atmosphere is different and the business was built from complete scratch so everything you see has been evolved from a simple idea, there’s a natural element of humbleness in there. It’s also down to the people who work at Roy’s. The front of house and the kitchen are two very strong teams and everyone gets along which makes everything seem natural. 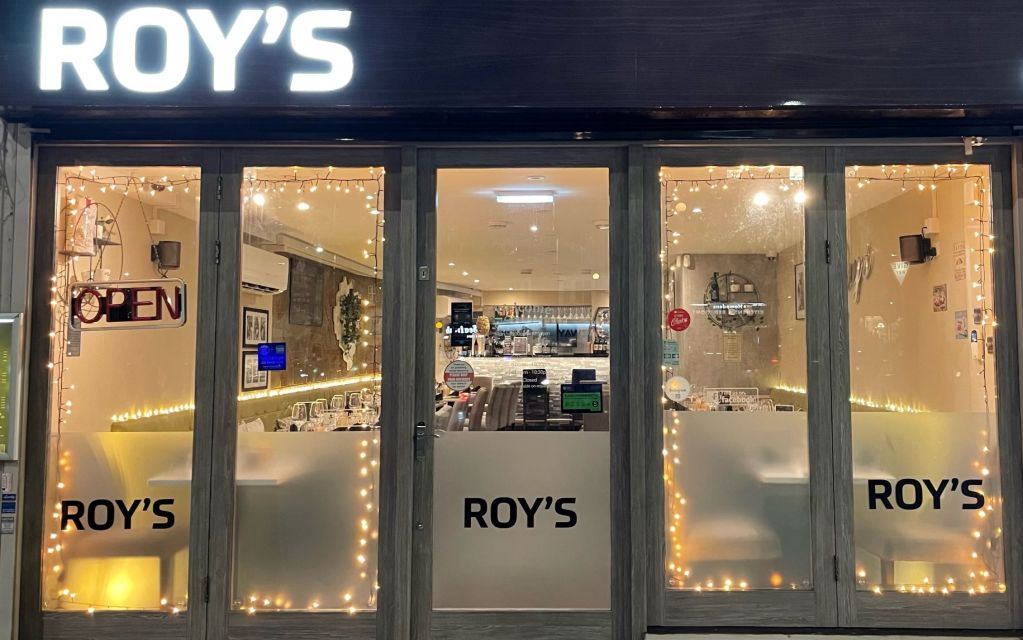 Local restaurants have such a key role in society as it gives a place identity. As the world is constantly evolving, people are slowly getting further away from each other so I think small local restaurants often have great stories and meaning behind them that transport through the cooking and connect people together again. For us, helping build the local area is of such importance so we tend to try involving other local businesses and suppliers instead of going to big chain stores.

Top tips for those mad people who want to open a restaurant?

Make sure you have a good concept: It is all about the idea, even if it’s to do something better than someone. It has to be done with a willingness to fail.

Handle the wins just as much as the losses: Winning and losing is a part of the game. Celebrate each good review like it’s the first and learn from each bad one regardless how unfair the criticism is.

Have a good team: Working with people you like and get on with is key. I’ve had experience with restaurants being run by people who think they are always right and are above everyone else, don’t listen to valuable ideas from staff and don’t treat people with the right respect. All of these are a recipe for disaster. At Roy’s, you could be a Kitchen Porter, yet your feedback and ideas are just as important as someone in charge. 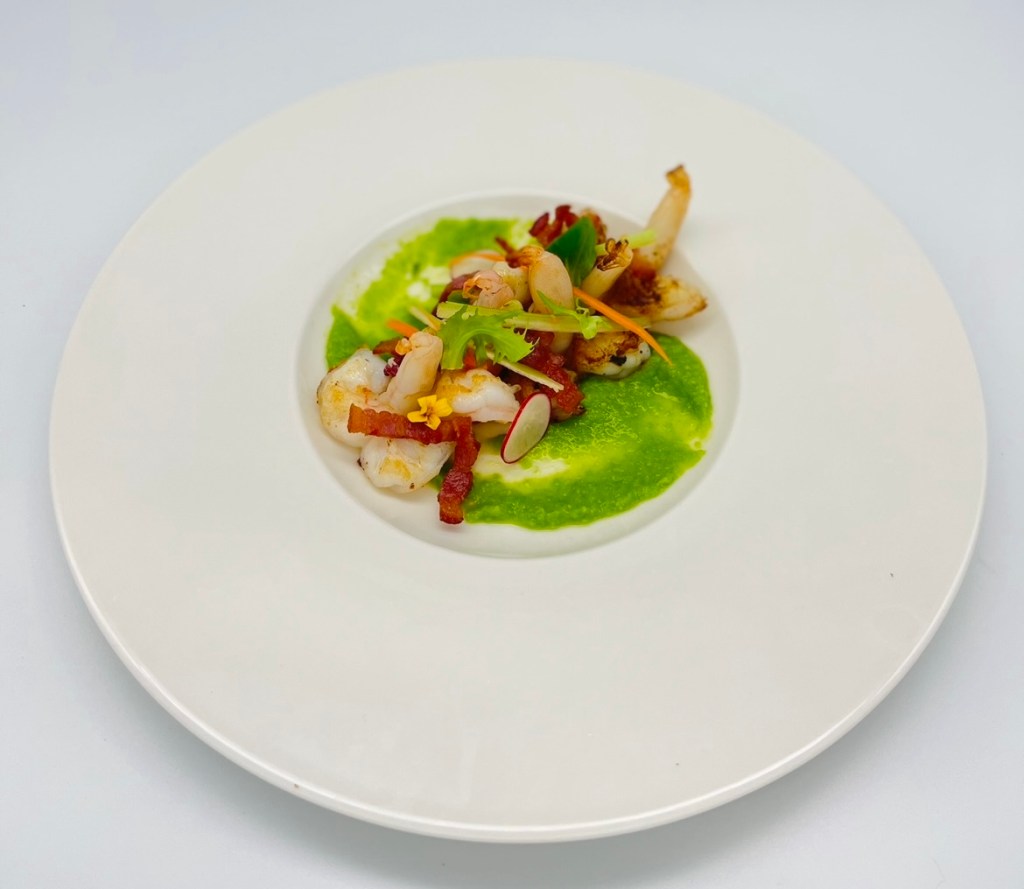 Any future signature dishes at Roy’s you can tell us about?

As Valentine’s is vastly approaching, we have launched a new Valentine’s menu, some great dishes on there. We’ve also started to open for breakfast. As for the main dinner menu, I’ve managed to get some giant King Prawns that weigh up to 500g so I’m trying to integrate these into a dish for the main menu.

If you could award a Michelin star right now, who would it be to and why?

There’s a restaurant in Ongar, Essex called Smith’s restaurant, that specialise in fish and do incredible food which is always consistent. A favourite of mine is their starter of deep fried Cornish monkfish escalopes in tempura batter, with tikka masala sauce & onion bhaji. It’s 10/10! 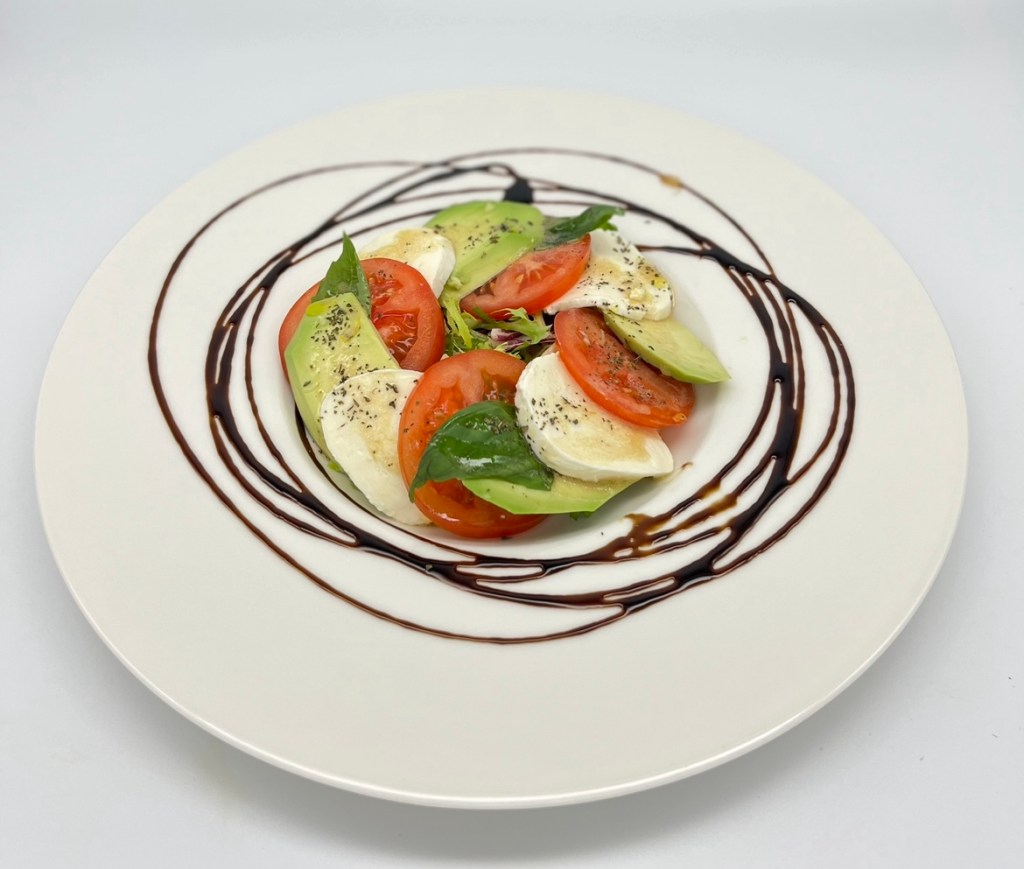 What is next in the culinary journey for Roy’s?

Improving. I’m still young and have so much to learn! Every day is a continuous improvement with valuable experience, trusting and actually enjoying the process, with my family and staff. Who knows what the future holds?