Seven Park Place used to be known as London’s smallest Michelin-starred restaurant with only three tables. Late in 2019, the decision was made to undergo a complete refurbishment—black walls with gold appliques have been replaced by colourful art deco wallpaper, the main dining room has been expanded, the entire bar has been redone complete with a hand-crafted glass chandelier, and they now even offer a takeaway/delivery menu to enjoy at home. 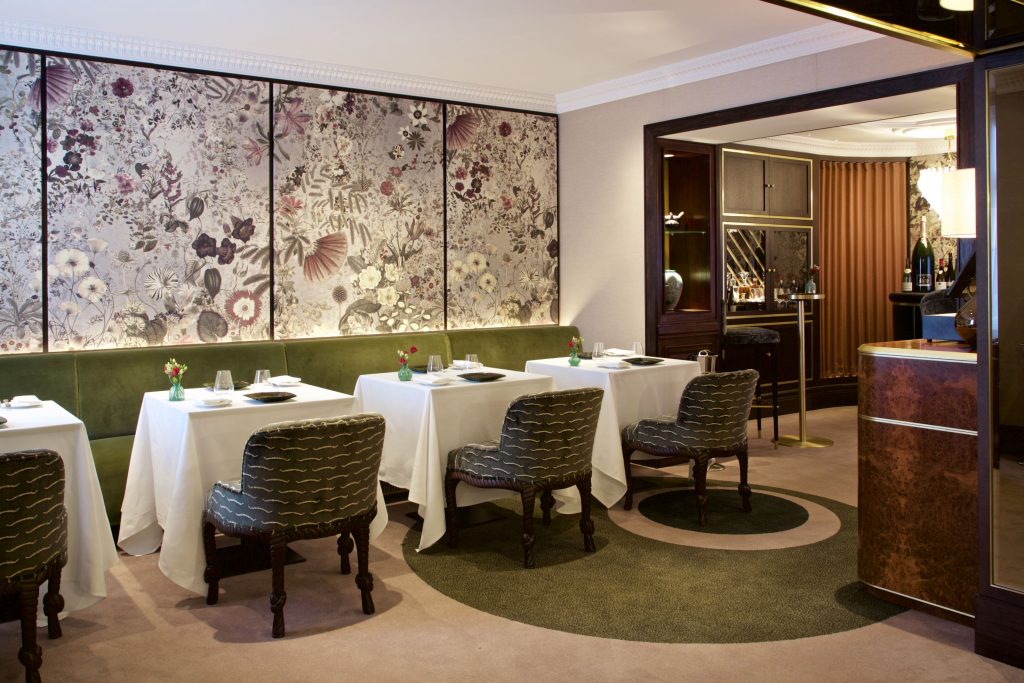 The restaurant is tucked away in an intimate area of the St. James’s Hotel & Club, a former gentleman’s club dating back to 1857 that sits inside an imposing red and white Victorian building in the bosom of Mayfair. Iqraa Mansha, owner of St. James’s Hotel & Club says the decision to rebrand was so that the restaurant could evolve with the changing needs of its clientele. It was also his aim to give the chef the space to shine. The result is a brighter and cosier space that still exudes an air of opulence and luxury. Drabble has been the Executive Chef at the hotel and club since 2009 so we were excited to experience his latest creations. 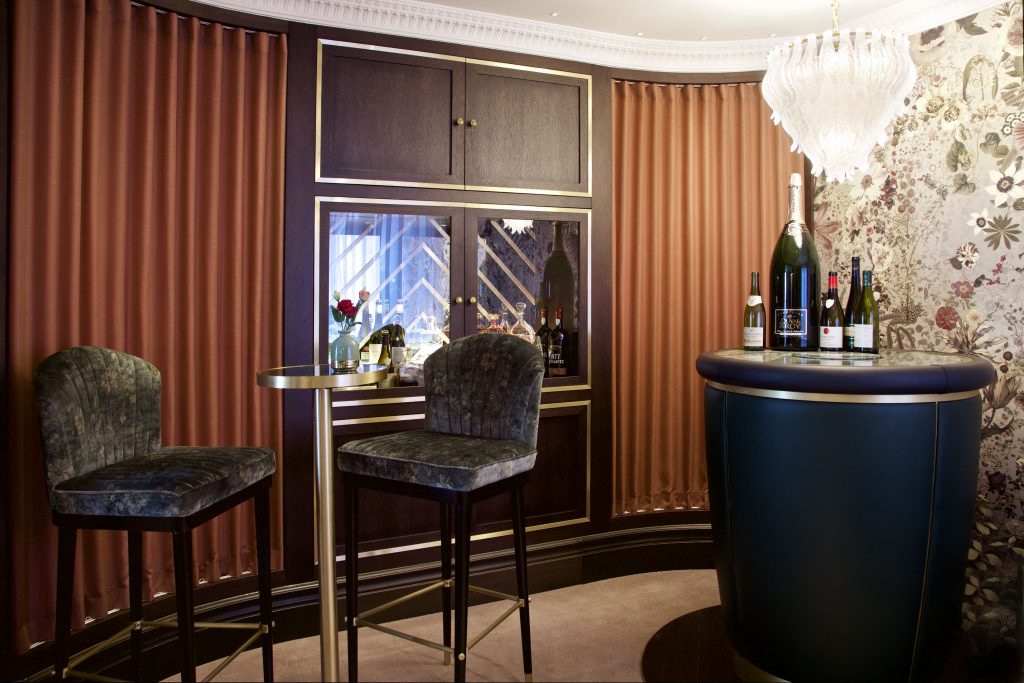 We’re greeted with a glass of bubbles along with a spread of canapés and a soup taster to get things started. My sister and I decide to get different dishes in order to experience the full story that Drabble wants to tell. 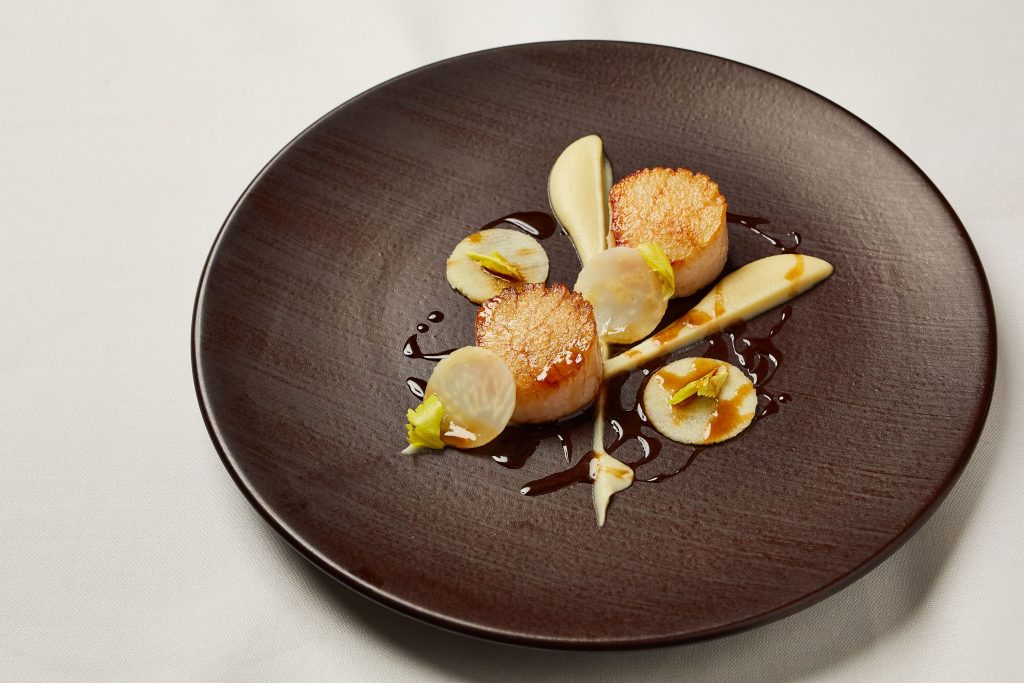 To start, my hand-dived scallops hailed from the waters of Scotland, were perfectly seared and served simply with a celeriac and apple puree. It was paired with a 2018 Riesling from Fritz Haag, which plays on the fruity elements of the dish whilst complementing the delicate scallop. 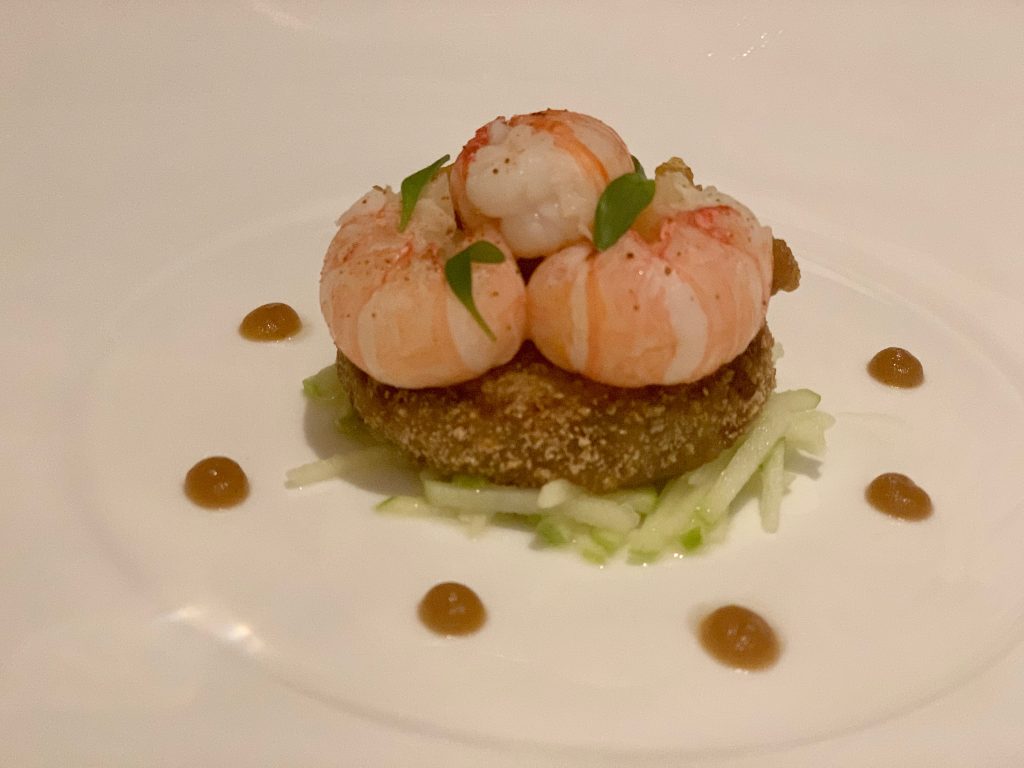 My sister went with a play on surf and turf with the galette of slow-cooked pork and butter-poached langoustines with apple and vadouvan spices. The spicy and peppery aspects of the 2017 Allram Gruner Vertliner Strass from the Kamptal region of Austria were able to hold their own alongside the meatiness of both the pork and the juicy Scottish langoustines. 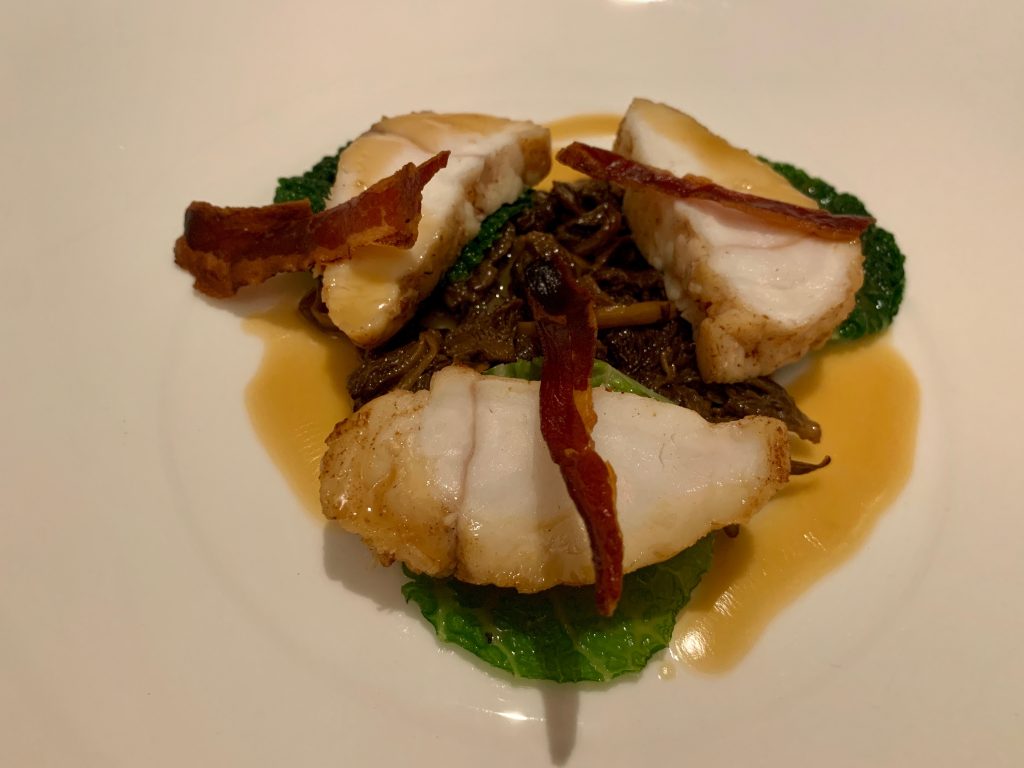 For the main course, I went with the rich umami flavours of the roast monkfish tail with savoy cabbage, wild mushrooms and roasted chicken emulsion. Our sommelier was a Moldovan lady who chatted with us about the amazing wine culture in Moldova and also the breadth of Seven Park Place’s wine offering. She paired my monkfish tail with a 2016 Verduno, made from the rare red Pelaverga grape found in the hills of Piedmont, which had a strong berry aroma and bold flavours that went well with the mushrooms. 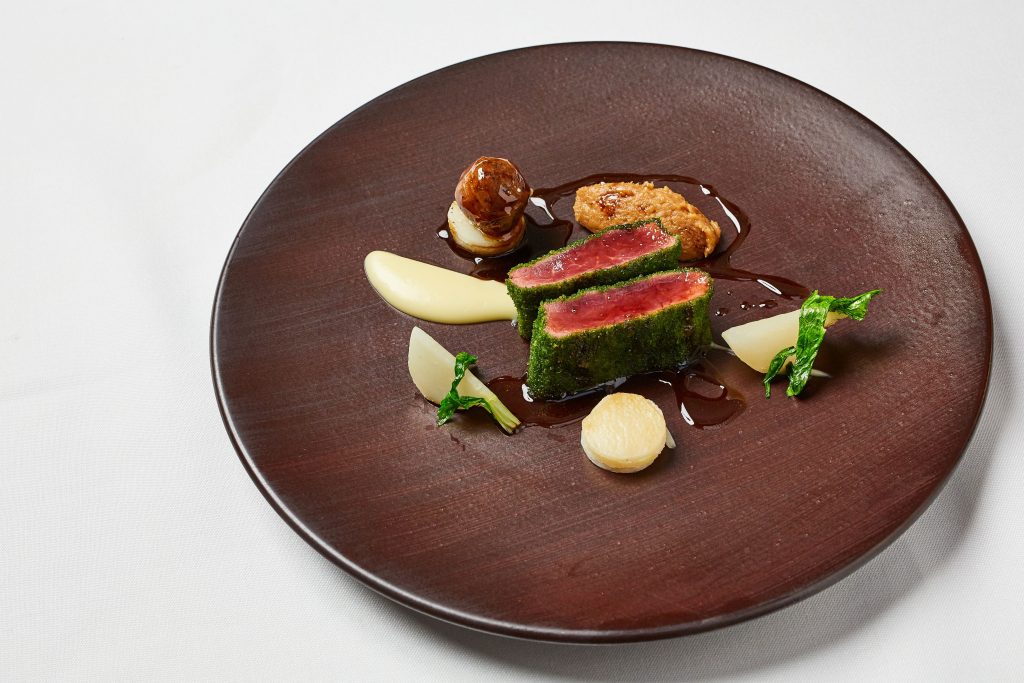 My sister’s lamb saddle with onions and rosemary was classically matched with a 2016 J.L. Chave Selection Saint-Joseph Offerus. Made from 100% Syrah grapes, the wine is well-balanced despite having very strong blackberry flavours. 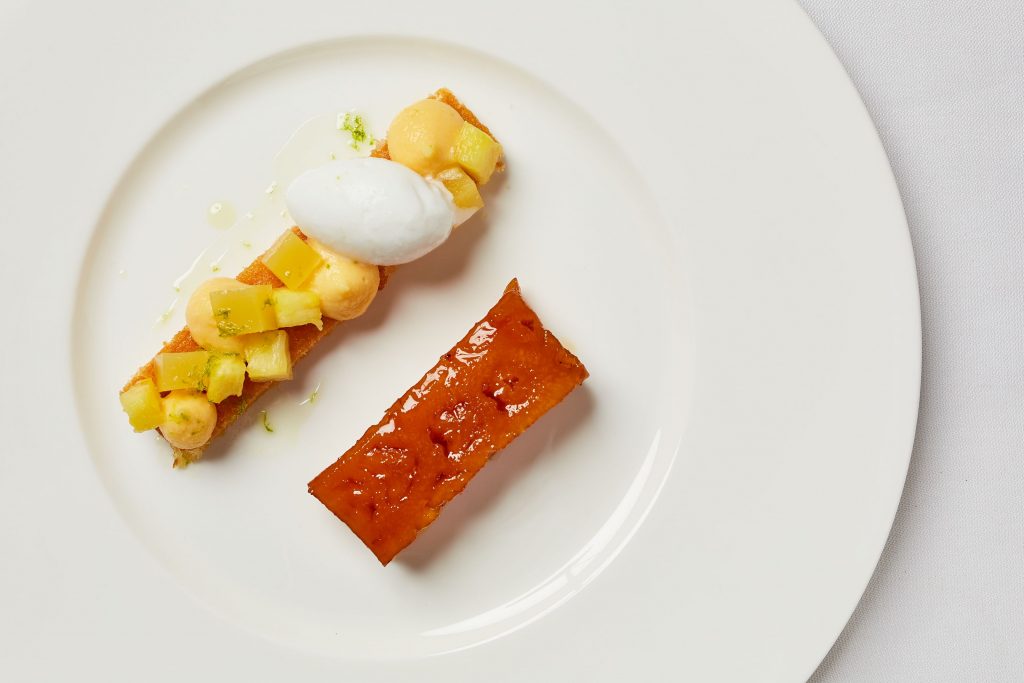 To finish, I choose the warm caramelised pineapple dessert with coconut and rum, paired with a 2018 Dindarello Maculan. The fruitiness and honey notes of the wine round out the caramel notes in the dessert perfectly. 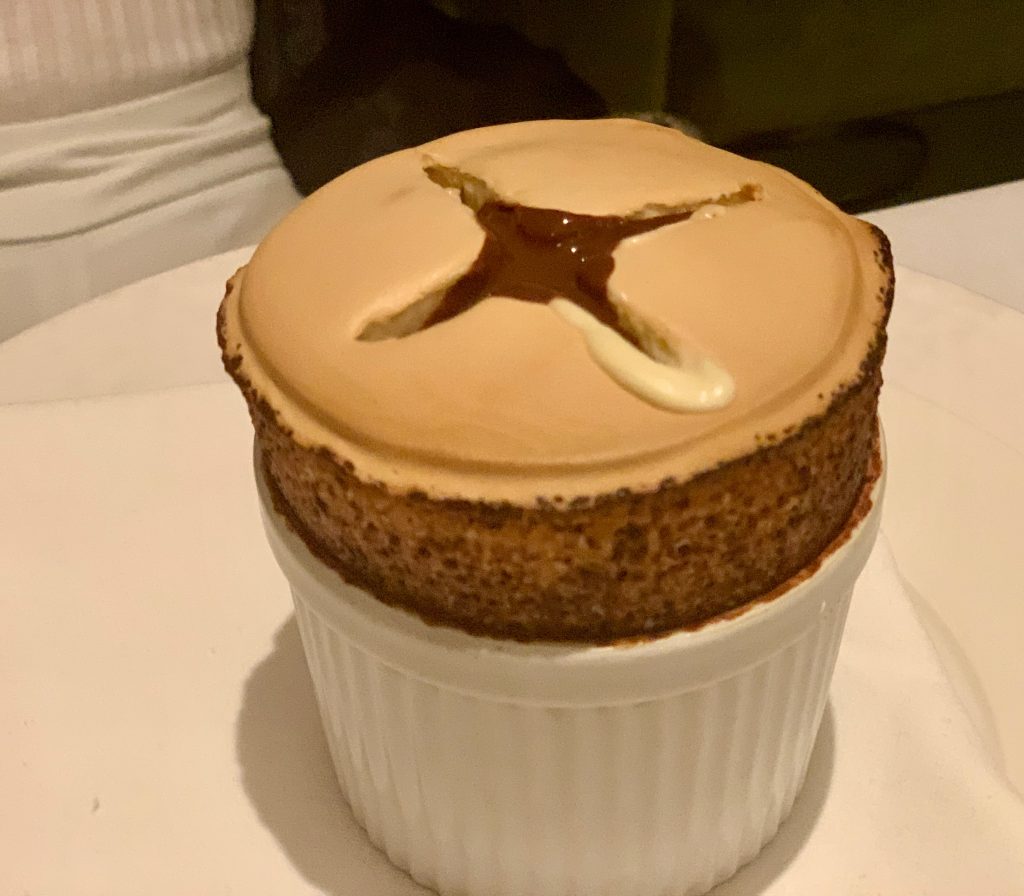 My sister’s choice of passion fruit soufflé arrives in all its fluffy glory before a cup of rich dark chocolate sauce is theatrically drizzled on top of it. It’s paired with the Spanish 2012 Sierras de Malaga from Bodegas Bentomiz which is warming on the palate and creates a marriage between the fruit and chocolate flavours in the soufflé.

Seven Park Place may have all the makings of a typical Mayfair restaurant on paper, but the unpretentious food, ingredients-led menu, and jovial service make it much more attractive to just the suits and designer bags that roam the streets of St. James. 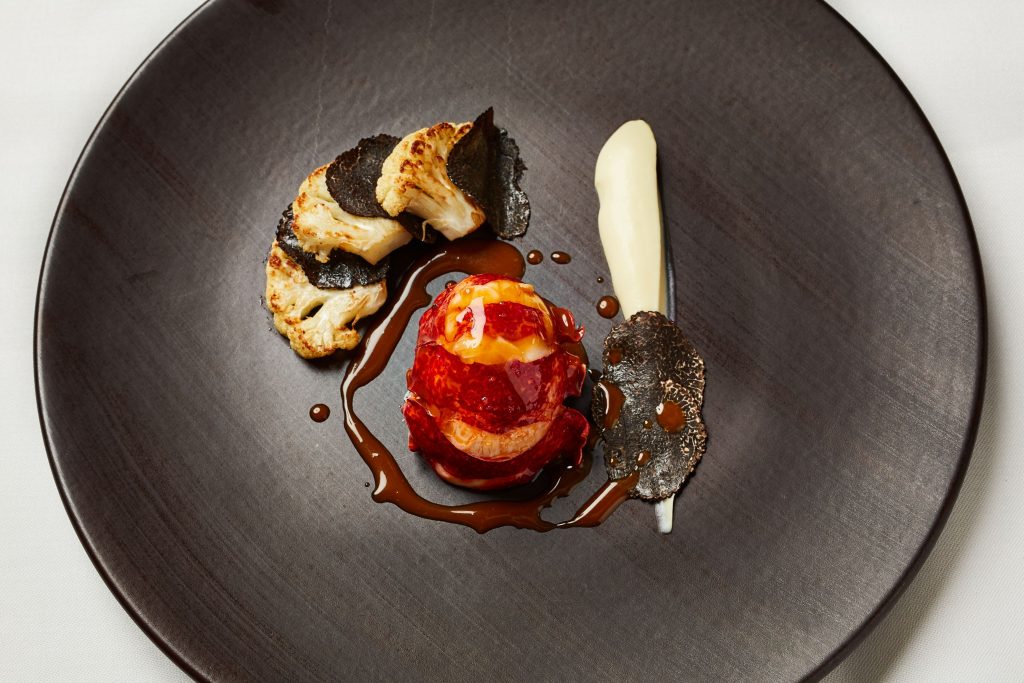 By giving Drabble room to grow and evolve, Mansha and the team have enabled the restaurant to appeal to the next generation of luxury diners – folks who value personal stories from the team, understanding the thought process behind dishes and pairings, and above all, feeling as though they are having a true culinary experience and not simply shelling out dough for gold leaf on a plate.