MasterChef buffs will recognise the name Steven Edwards as winner of series six of MasterChef: The Professionals back in 2013. More on the man himself later.

As anybody who’s spent more than five minutes in London will tell you, the allure of Richmond is its three big hitters: the deer, the walk, and the river. Ok, four: its near-provincial charm has the happy side effect that you don’t feel like you’re in the capital at all. And then you throw luxury hotel Bingham Riverhouse into the mix.

Sitting mere metres from one of the Thames’ more serene stretches, the luxury hotel-restaurant has it all: Classy rooms, a mention in the Michelin guide, and a restaurant masterminded by a literal MasterChef (Steven Edwards). It’s possibly the most Richmondy-looking restaurant I’ve come across; I’m actually late for my reservation because I was looking for a glass-fronted eatery and walked straight past its stone-brick façade, camouflaged into row of riverside cottages. 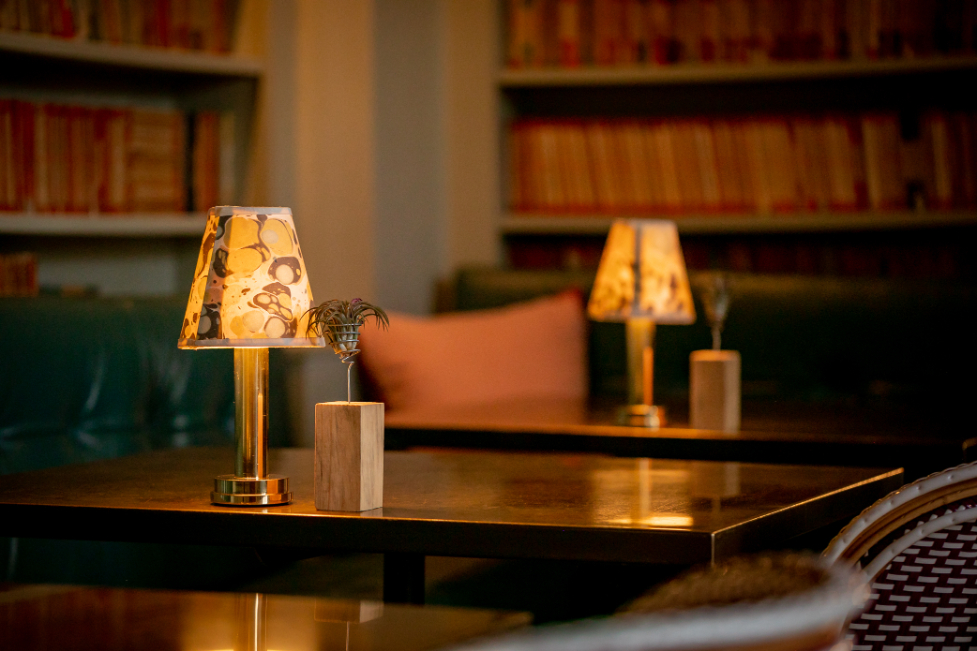 Stepping inside – through a blue columned door, no less – I’m met with a puff of incense and a reception desk that sells £17 crystals. So Richmond. The restaurant itself, however, is beautifully airy and filled with luxe touches that don’t go unnoticed. One side is all windows that, presumably, have top notch river views (we can’t confirm this given that we visited at 7:32pm in winter). Tables have a golden sheen, the pale blue walls are decorated with a series of over-propped photos on the walls of a man (who is definitely not Steven Edwards) wrestling with various items of food. Why not? 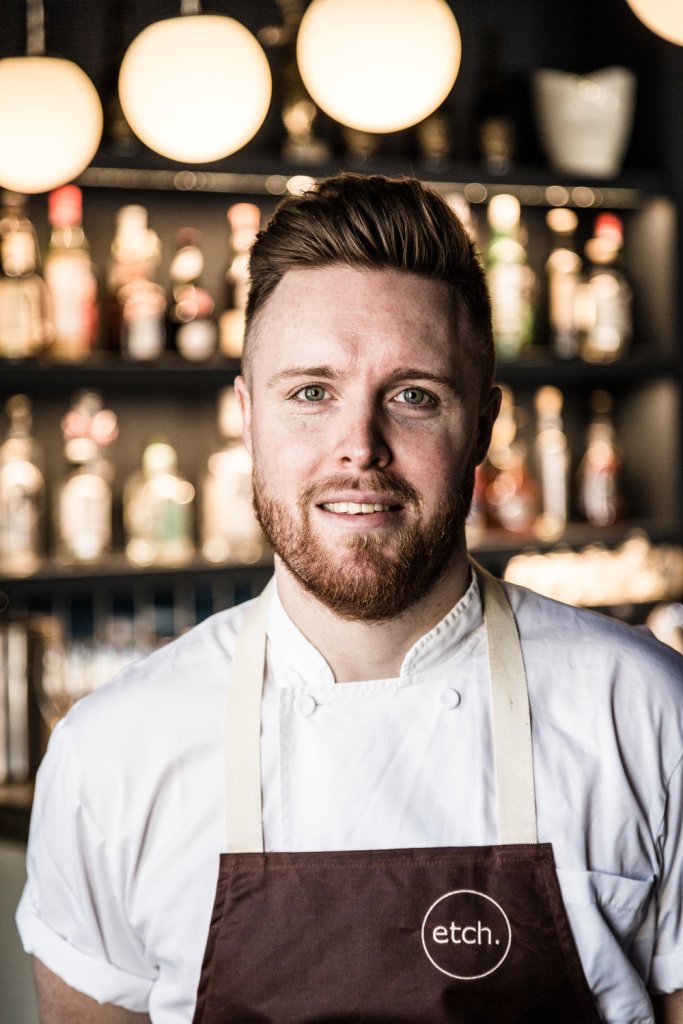 Anyway, let’s talk about the man himself – Restaurant Steven Edwards’s namesake, and Head Chef. The restaurant at Bingham Riverhouse is his second venture, following his inaugural eatery, etch., in Brighton. He’s young, inventive and madly talented, and his mastery is evident in the seven-course tasting menu my dinner date, L, and I tackle on a Thursday evening.

The opening number sets an aggressively good tone: a Champagne cocktail each and glossy marmite bread served with seaweed butter. It’s no exaggeration that this bread – this bread! – is up there with the best bread I’ve ever eaten (and, as a carbohydrate fanatic, there are a lot of strong contenders). Likewise, the butter is so good we consider sliding it into my bag and taking it home with us but decide against it. (This is Richmond, after all.) 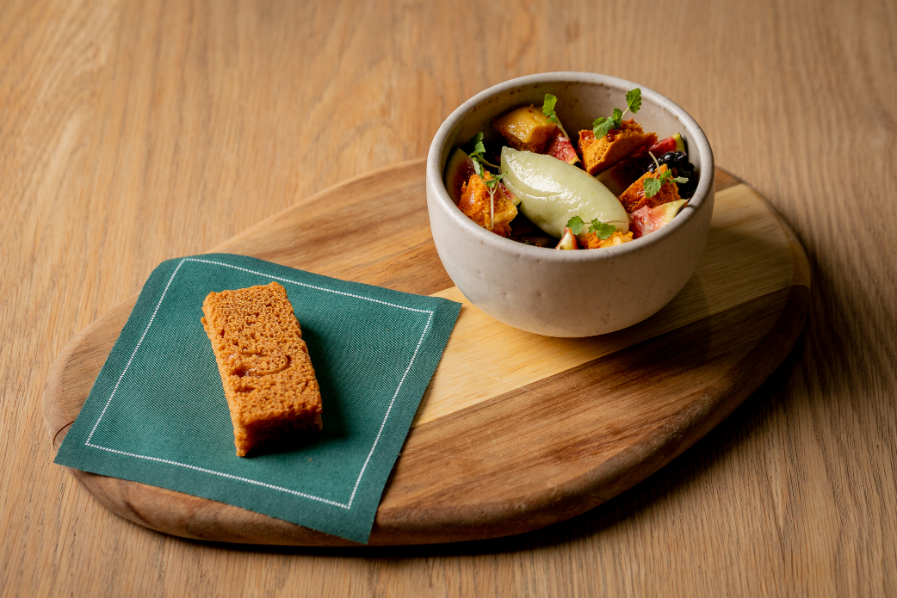 A soup then wings its way through the automatic doors separating kitchen from dining room, followed by a bottle of white. It’s parsnip – the soup, not the wine – and the texture is remarkably foamy, like a latte, and the creaminess is rather nicely accented by a blue-cheese-topped cracker shard.

Next: to the river, with melt-in-the-mouth mackerel topped with mandoline-thin grape. (The best winter pairing, I decide, since Holly teamed up with Ivy). 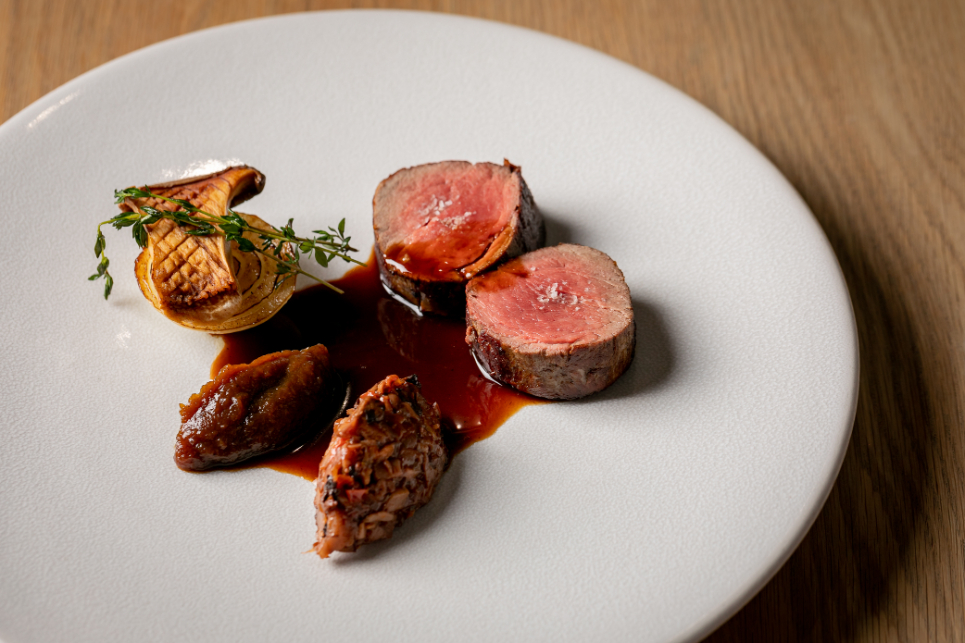 Course three: a revelation. I can hereby reveal that it is, in fact, the duck that came before the egg – and what a duck it was. A succulent, perfectly cooked breast perched atop a tangy pond of blackberry jus, with halved blackberries and golden beetroots scattered on top. If I was being picky, I’d have wanted the skin to be a little crispier, but the meat itself? Spot on. The egg then appears – well, the yolk anyway – with a side of brioche fingers. “Who knew brioche fried in duck fat could taste so good?” remarks L, as we dip, dunk and crunch our way through what’s effectively an incredibly bougie dippy egg and soldiers. It’s nostalgic, delicious and just a little bit witty – my favourite dish of the night. 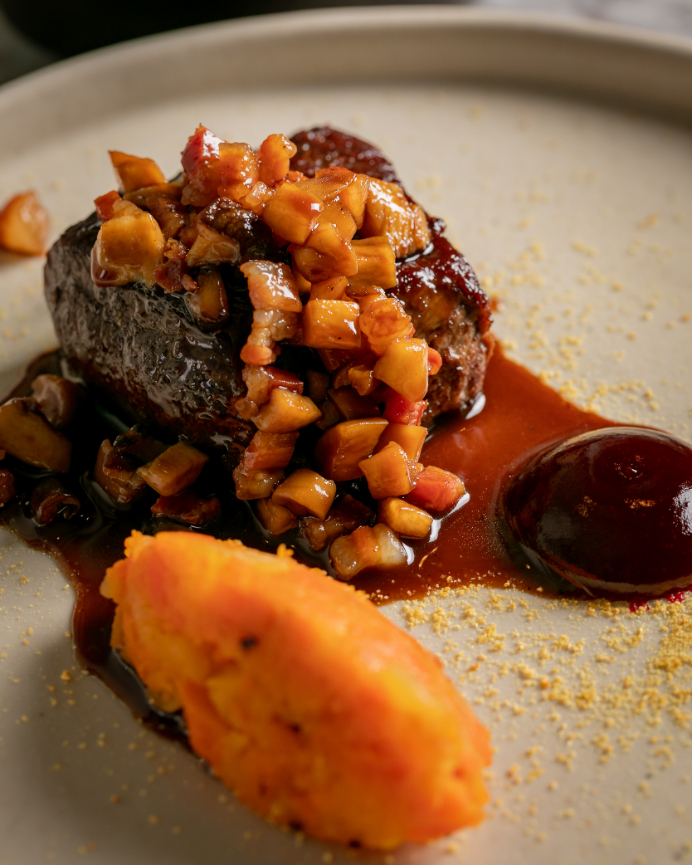 Lamb is next – paired with a glass of red and a figgy, buttery gravy – followed by a chocolate delice with a brulée-like crust on top and mint ice cream. 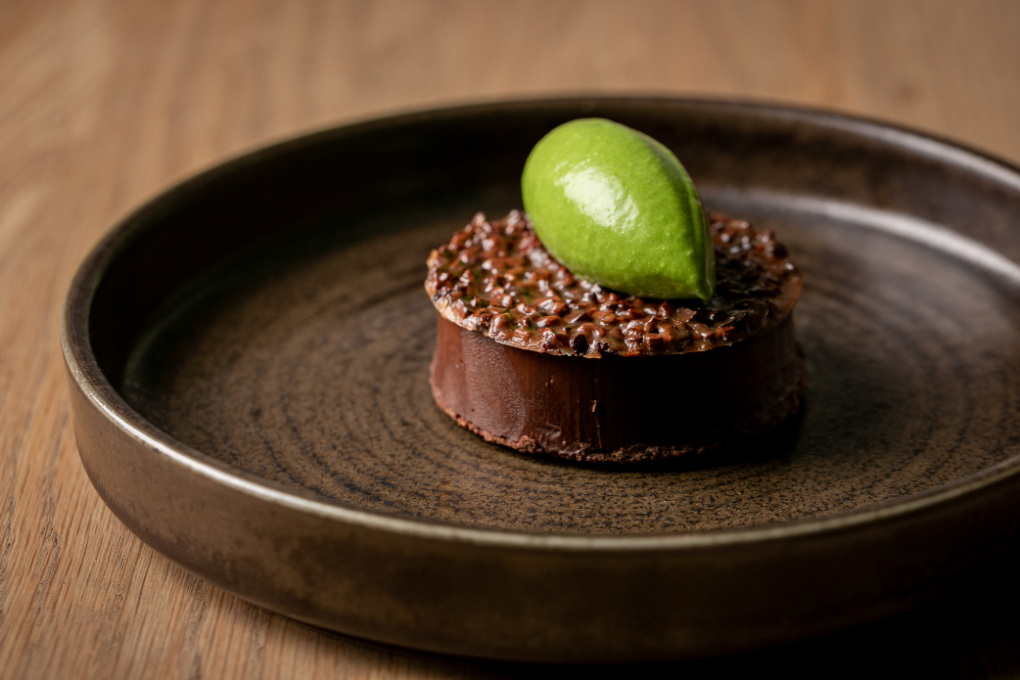 Finally, just as we reach the bottom of our bottle of wine (and my stomach reaches capacity), the finale arrives: a passionfruit tart that’s lovely and, er, tart, accompanied by a blob of incredibly light fro-yo. The yoghurt melts the second it hit the tongue, coating the mouth in a creamy sauce that, when mingled with the passionfruit, tastes almost like a Boost smoothie. But better.

We exit, full and mildly merry, and head off into the night. As we stroll along the river, the moonlight glances off the water, lending the wandering willow trees a silvery glow. A lovely place for a walk, I suppose. Or an igloo, as will be available on the hotel terrace this winter (Coppa Club, eat your heart out).

All in all, you have to conclude that Richmond has another draw – this gorgeous riverside restaurant headed up by a supremely talented chef. You can’t get better than that.